Prayers For The Stolen (2021) – Review/Summary (with Spoilers) Prayers For The Stolen presents the fears involved when a lurking presence can, at any moment, rob you of your autonomy and joy.

Ana, Paula, and Maria are three kids growing up in a rural town where they can’t get a stable education and are under constant threat of being kidnapped by a local cartel. But, despite the danger of either being taken from their homes, r*ped, or killed, they try to live out their youth to the fullest.

The Boogeyman Without A Name

Prayers For The Stolen taps into Huezo’s documentary filmmaking background as you watch scenic shots of nature wavering in the wind, animals going about their day, and even as you watch Ana, Paula, and Maria go about their lives. Because of this, everything feels very slice of life, and while you know the cartel is around, and they loom over the Mexican village the movie takes place, they are largely absent.

Because of this, there is often a lull when it comes to the film, which can make the duration of the film bit tiresome. For as attached as you will get to the girls, even Ana’s mom Luz, after a certain point, you want something noteworthy to happen. And, because of the way Prayers For The Stolen is done, while there are moments when you think, “THIS IS IT!” they aren’t spaced in such a way to re-engage you. More so, they act as reminders that no one truly controls their life.

Prayers For The Stolen helps you understand what it is like to live somewhere when you know you have to be ready for an imminent threat but don’t know when or where something may happen. So, instead, you minimize risks, get prepared, and try to live your life in some form of normalcy. All the while knowing, when a dog barks or you see vehicles driving through, this could be it, and it is time to initiate fight or flight mode.

But, with that tension being something you rarely feel in the film, maybe even forget about, you don’t get a sense of complacency as much as find your attention drifting away. 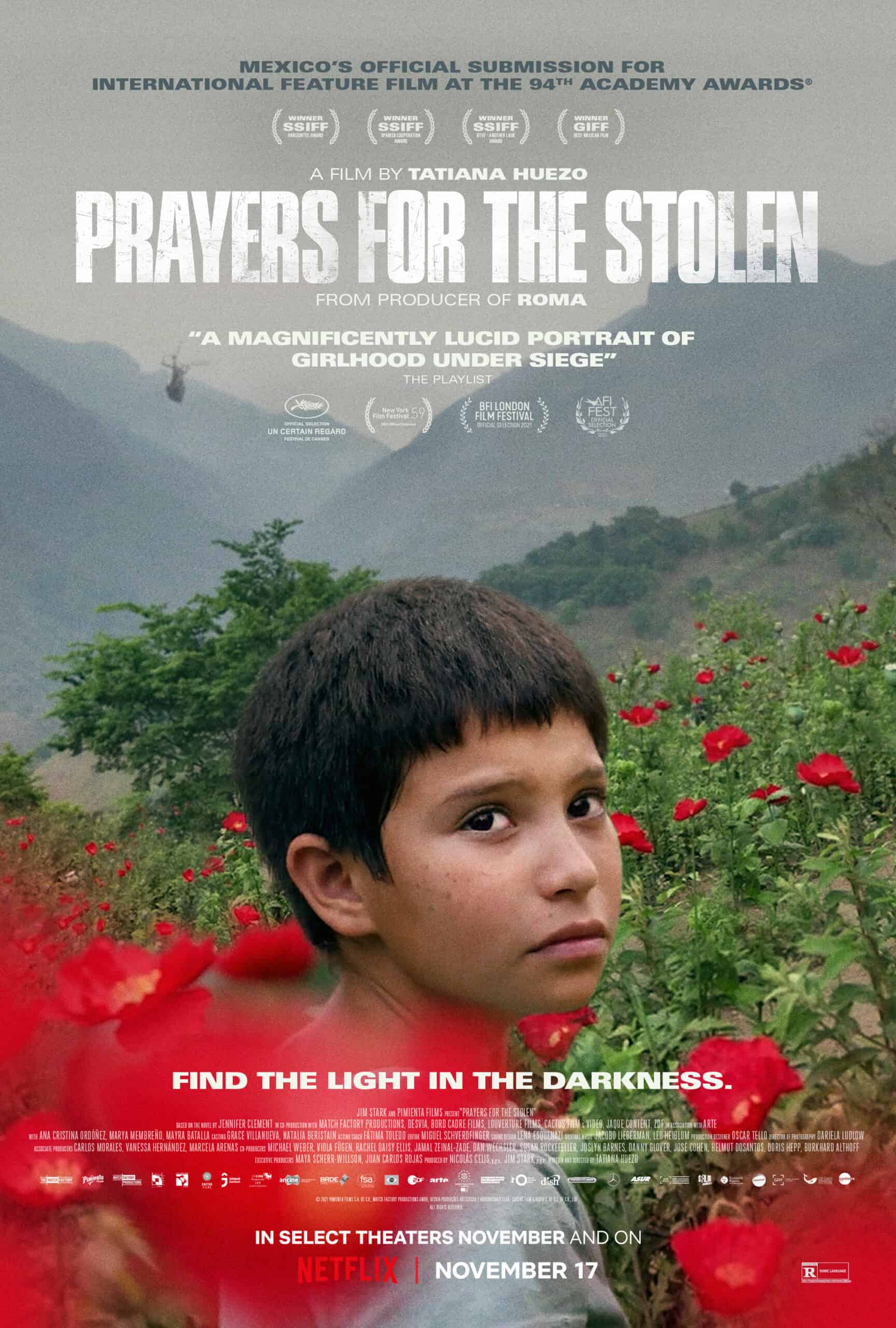 Prayers For The Stolen (2021) – Review/Summary (with Spoilers)
Who Is This For?
Those who prefer true-to-life dramas that don't have the antagonistic threat be a constant and foreboding force but rather someone that may not appear for years, even decades, and then decide to completely transform your life.
Highlights
The Boogeyman Without A Name
Disputable
77
Follow Wherever I Look on Twitter and Instagram, Like us on Facebook, and Subscribe to the YouTube Channel.