In Pink Opaque, we watch as its lead confronts an unstable present, a covered up past, and an uncertain future, as they deal with homelessness.

22-year-old Travis Wolfe has one last project, a documentary on the homeless, to turn in, and if his professor, Professor Baker, approves of it, he’ll graduate. However, Professor Baker currently doesn’t like what he sees and when you combine that with less than a week to make changes alongside becoming homeless? This is a lot for Travis to deal with.

Luckily, his girlfriend Kristen, an up-and-coming fashion designer, is there for him, despite her older brother, Bobby, wishing otherwise. But while things are looking bad, and Travis feels overwhelmed by what life throws at him, Kristen discovers that Travis’ estranged and reportedly rich uncle, Robin, lives in the area. So while Travis’ mother may present Robin as a bad person, Travis is desperate and will learn whether the man is truly wicked or just has a terrible relationship with his mom.

Travis and Kristen Are A Cute Couple

Without taking the more explicit route to show Kristen and Travis’ chemistry, we get a tame but far more relatable relationship. One in which their love for one another is accounted for by showing them spending time with one another, having cute dates, and finding moments to be alone despite both of their home lives. Though what really puts these two over the edge is that they are treated as equals who both got a lot going on in their personal and burgeoning professional lives. Which, yes, does led to some drama due to callous words, but the drama is never grandeur and for the sake of conflict. It’s minimal and allows you to just enjoy the relationship throughout the movie.

Kristen Was Developed As Much As Travis

In a lot of films, one-half of the lead couple, usually the woman, often has their world revolve around their partner. And while we may learn a handful of tidbits about her, more often than not, anything learned is verbal and told to the male lead. Pink Opaque does things differently by establishing Kristen as an individual by showing her home life, us getting to see her hang out and talk to her friends, show her designs, and learn about her accomplishments that Travis had no part in. Then when you bring Bobby into it, and how he talks about their family? It makes it clear that Perry wanted Kristen to be Travis’ equal and not just his love interest.

So as much as we learn about Travis, his film, the trials, and tribulations he is going through, and watch his relationship with Robin get established, you can never say Kristen ends up in his shadow. In the most authentic expression of love, they are individuals who share a life and often complement each other.

While very much supporting characters, there is more than enough built into Bobby and Robin to make it clear, just as Kristen doesn’t revolve around Travis, Bobby has a life outside of Kristen, and Robin existed before Travis was born. Starting with Bobby, what you have to appreciate about him is that he isn’t written to be a model minority. He saw what happened to his parents, who damn near achieved the American Dream and did everything right, yet look what happened. So now he is strapped and pursues a job where he can be seen as a power player and not a potential victim.

Then with Uncle Robin, what we love is that his age is respected. In a sea of young characters who still have some form of optimism, faith, and boldness to them, Robin doesn’t. There is a certain level of realness, desperation, and fear there that comes from living the life he has lived. And as Robin reveals himself unto us, like Bobby, you recognize a person who is far more fleshed out than expected. Thus leaving you wanting more and for additional details that you know will not come.

The Challenge Of Dealing With Gatekeepers

An unexpected takeaway from this film is the role gatekeepers play, particularly for Black creatives. Now for Travis, you can see a certain ambiguity when it comes to his situation. Is Professor Baker trying to make Travis a better filmmaker, or is it he wants something more personal, that exposes Travis more, and fits into what he thinks should be a film done by a Black person? It’s hard to say for Professor Baker is given some gray area.

However, considering how Robin reacts to a rough cut of Travis’ film, you could say it was bad or that he was seeking the approval of an audience who didn’t see his vision. But when it comes to Robin, there isn’t that sense that maybe the idea needs to be retooled. More so, with Robin, you begin to understand the compromises and challenges it takes to make something which is made by a Black person, especially if it presents the perspective of Black people. Add in what Robin wanted to make was in a fairly positive light? The reaction was expected, but unfortunately.

And I think, whether intentional or not, it is easy to imagine Pink Opaque going through the same issues. It’s not an urban drama, in the classic sense. Does it have urban environments featuring Asian and Black people who often put their cultures and perspectives to the forefront? Yes. However, it doesn’t use Bobby and Kristen growing up without parents to garner sympathy. Heck, even Travis being homeless, or Robin having a drinking problem? It is part of who they are and not a representation of their ethnicity or the different cultures they identify with.

Which is all to say, what we see in Pink Opaque gives us the different ways Black creatives have to think, struggle, and deal with things beyond what general creatives have to. For as much as being adaptable, having tough skin, and knowing how to take a critique is important, there is also having integrity, believing in your vision, and recognizing when someone says no, you might be talking to the wrong person. For sometimes, the gatekeeper you are speaking to is so stuck in their ways, their aesthetic, what they think is good, that the conversation was a waste of time from the start. Yet, because there are so few who can give you the nod, you’re victim to their whims.

Pink Opaque may not be revolutionary, but it does remind you that good films shouldn’t have to be over the top, to be considered worth watching or talking about. Sometimes a simple story, which is consistent in its quality, is what matters. Hence the positive rating for Pink Opaque sought to craft characters you cared about, whose stories you could get invested in, and it certainly does all that and more. 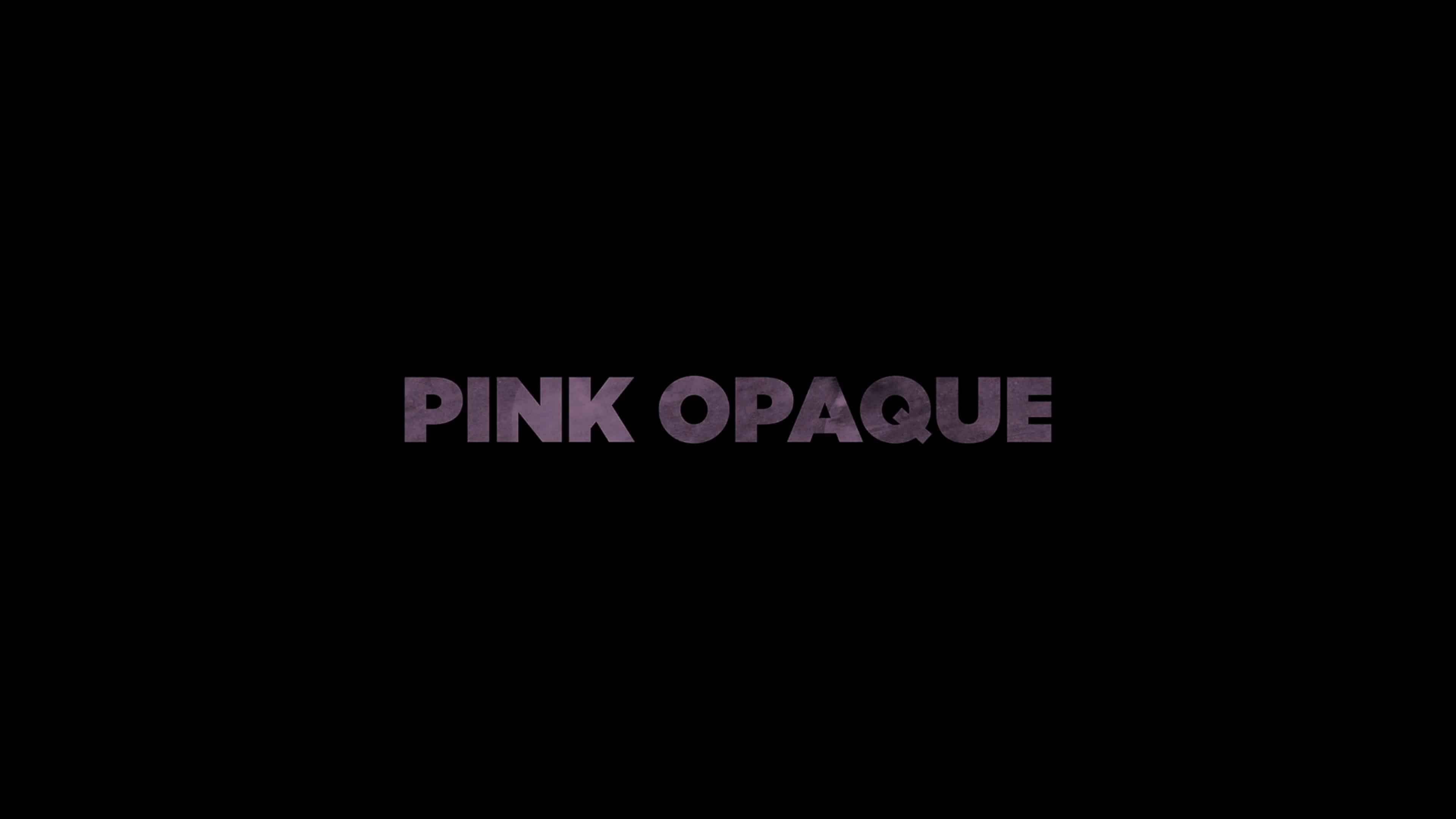