“Ne Zha” shows why it was a massive hit in China with its top-notch animation, emotional story, and its ambiguity of good and evil.

In the beginning, there was the Chaos Pearl, and its powers were boundless. So, Yuanshi, the primeval god, split the power of the Chaos Pearl into a demon orb and spirit pearl. These two items were meant to be protected by Taiyi, one of Yuanshi’s disciples, but with the interference of Shen, the child of Lady and Lord Yin ends up embedded with the powers of the demon orb. Which, to abate its strength, Taiyi uses a ring to contain it. However, with Shen’s desperate plans involving the dragons, and their newest child, Ao Bing, it seems there will not be peace.

Due to Shen trying to steal the demon orb and spirit pearl, Nezha, the son of Lord and Lady Yi, ends up filled with the demon orb’s power when it escapes from Taiyi’s protection. Thus Nezha’s as a baby, being completely out of control until Taiyi places a ring around his neck which limits his powers and keeps him the size of a toddler. But, despite his size, Nezha remains far stronger than the average human. 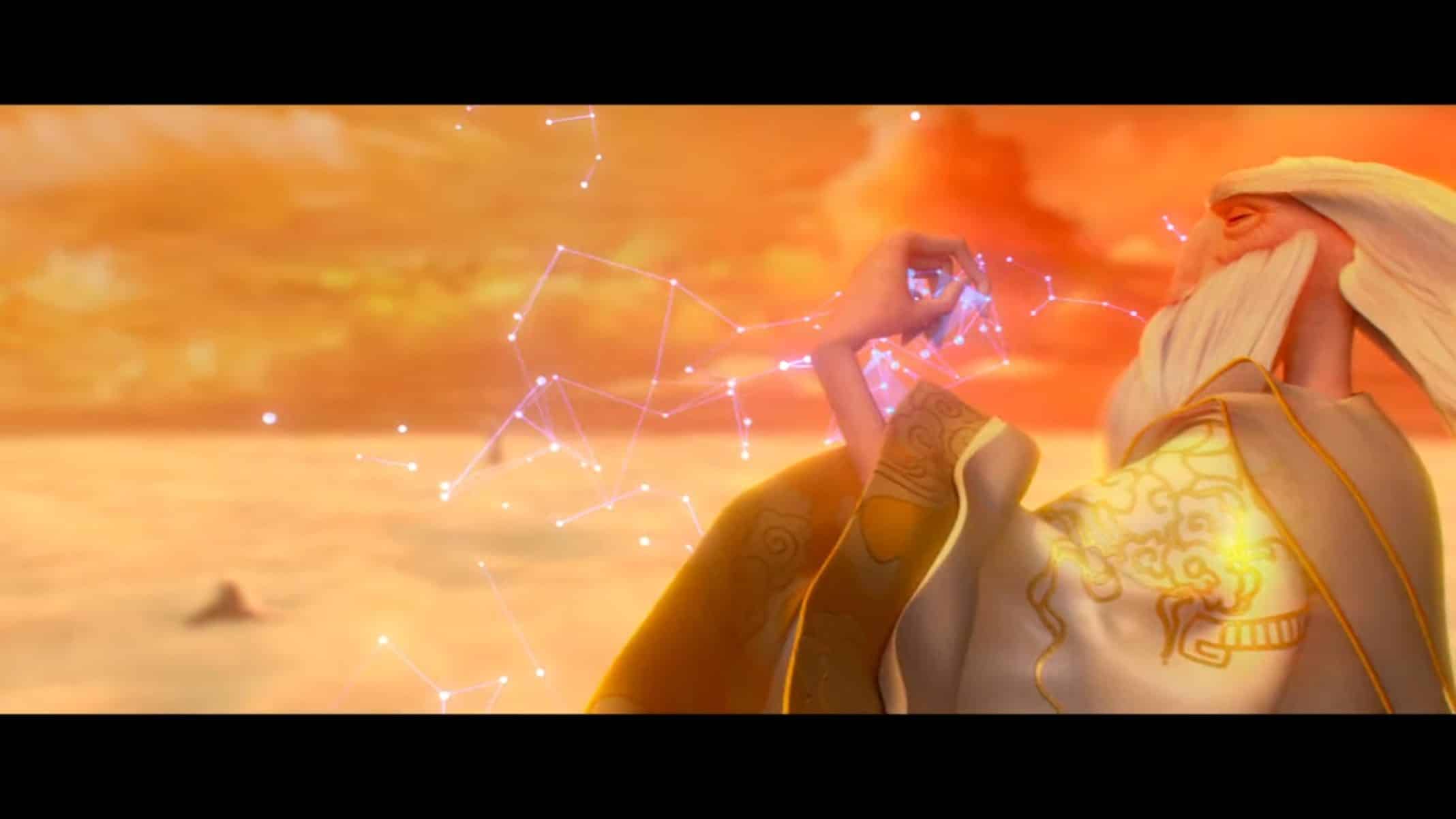 The Primeval God, who both Taiyi and Shen wish to impress to become the 12th Golden Immortal. Also, he is the person who split the Chaos Pearl and made the demon orb and spirit pearl.

A comical immortal who rarely takes himself seriously, and others often do the same. But, while often coming off like a fool, he is well trained and quite versed in spells.

Taiyi’s rival, who feels that the only reason he hasn’t gone further is because he has a demon spirit, and the world, Yuanshi included, are prejudice against him.

Protector of Chentang Pass, where the film takes place, who does his best to keep his son alive and protected, despite how hard Nezha often makes that.

The lady of Chentang Pass, who, while often dressed in traditional attire for upper-class women, is also a soldier like her husband. However, let it be noted their fight is usually against demons and not other humans.

The son of the dragon king tasked with giving the clan a life far better than the one given to them trapped far below sea level.

Humans have enough prejudice to build a mountain. One that remains immovable, no matter how hard you try.
— Shen

There aren’t many chances in life to change one’s fate.
— Shen

It’s An Emotional Story Without Becoming Too Mature

Despite Nezha coming off like the type of person who would let off F-bombs and curse up a storm, luckily, he isn’t that way. Bratty? Yes. Restless? Also, yes. But you can see the joy in his face when his mother has time to play with him and when he encounters Ao and, after a scuffle, they play together. For what we see in “Ne Zha” reminds me a bit of Danny Devito’s character in “Big Fish.” At least in terms of Ne Zha not necessarily being evil or demonic, but lacking social niceties. Hence his attitude and limited willingness to change.

The Animation, Especially For Fighting Scenes

Note: While the animation is top-notch, don’t think of some flashy Japanese anime. Also, I wouldn’t say the fight scenes are flinch worthy. However, there is a good balance between being appropriate for kids, meaning no blood, yet the battles still having the vibe the lead character isn’t guaranteed to win.

For us, this isn’t a normal thing in movies gears towards kids. Usually, they make the hero seem immortal, even if human, but that isn’t the case here. Nezha, multiple times, looks like he is going to die, and considering the curse put on him, there is the question of when throughout the movie?

Its Comedy Is Geared Towards Kids, But Some Adults May Laugh Too

Taiyi is comic relief and from gas jokes, him getting hit in his private parts, and more, there are many comedic moments he is the star of. Which, despite how juvenile many of the jokes are, be it Taiyi or, on occasion, someone else, I think adults will at least chuckle to themselves at times. As long as their humor is flexible.

There Are A Handful Of Questions Left Unanswered

As noted in the ending spoilers, Yuanshi isn’t the most visible character, so nearly everything dealing with the heavens is very vague. The same goes for the dragon kingdom, in some ways. For while it is established they protect the world from the worst demons in existence, how they got forced into purgatory is a whole other thing.

But all of this is minor and likely won’t be notable factors while you watch.

If you’re looking for another movie to keep yourself, or kids in your home, occupied, “Ne Zha” should be on your watchlist. It’s funny, has good animation, and a story that may exceed expectations. 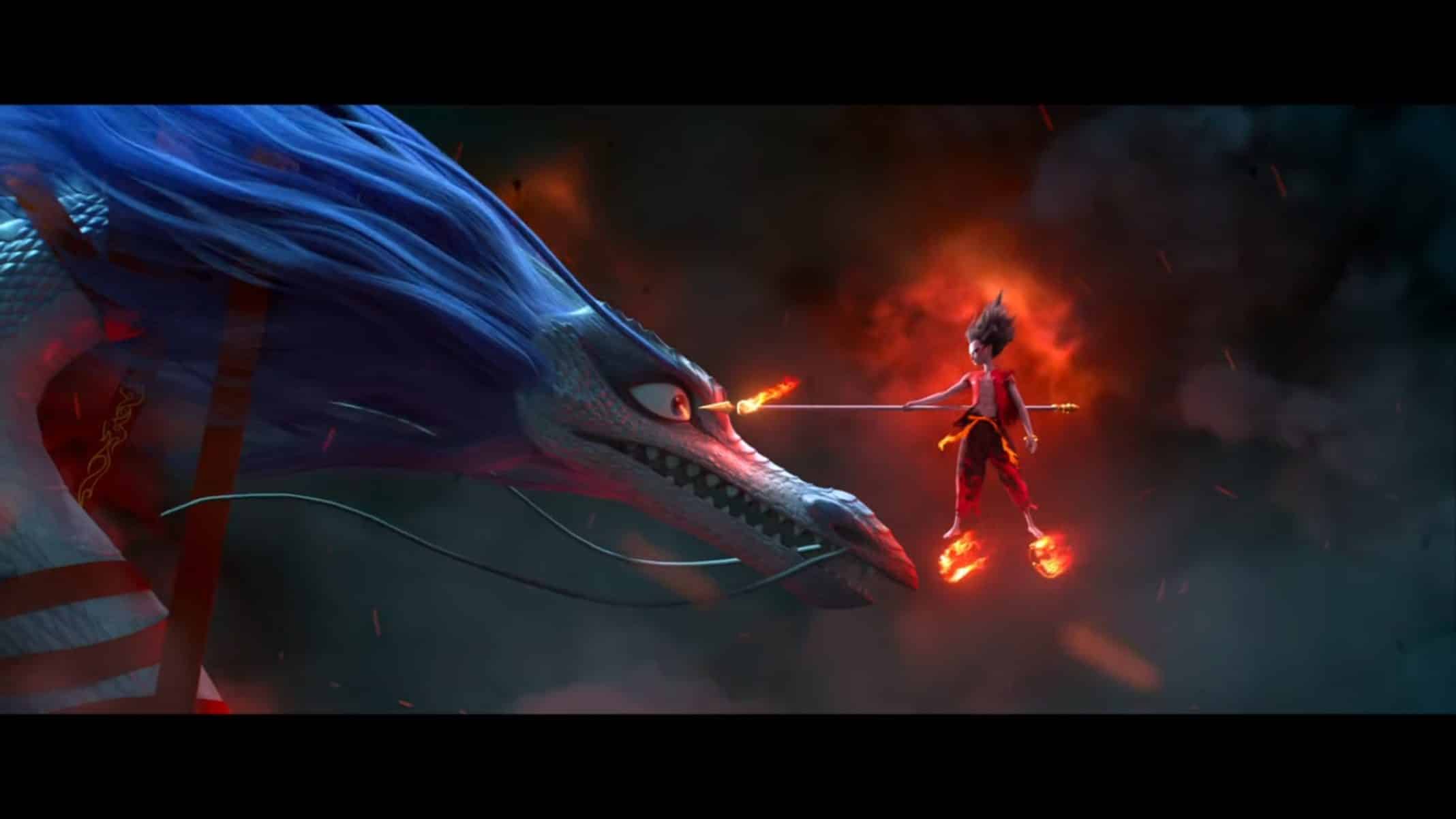 So, one thing we didn’t mention in the plot summary was Yuanshi placed a curse on the demon orb to attempt to destroy it in three years. This fate Lord Yi, due to Nezha being his son, tries to circumvent by swapping places using a talisman. However, after much chaos and destruction, Nezha learns of this and accepts his fate. But Ao Bing gets in the way since he sees Nezha as his only friend, and despite their battle moments ago, they fight together to fend off the curse Yuanshi set.

Now, mind you, after the beginning of the film, we never see Yuanshi again, or have there be a resolution to who will be the 12th Golden Immortal. Thus, the last battle isn’t against Yuanshi. Hence why Taiyi finds himself able and willing to get involved, and while he can’t protect the mortal form of Ao or Nezha, he does protect their souls. Leaving them, depending on the way things work, may be able to reincarnate or at least exist in some form.

However, with their death comes Shen going back to the dragon clan who is pissed and wants revenge. So, with more than the protector dragons, but also the more evil ones beneath the magma, willing to conspire, it seems Earth may no longer have their protectors and Nezha better prepare for war.

In the credits, a sequel is set up featuring the king of dragons, his sister, and likely the return of Shen as he tries to fight against the prejudice and lack of opportunities that have long plagued him.

What Must Also Be Noted (Spoilers)

It's An Emotional Story Without Becoming Too Mature - 86%

The Animation, Especially For Fighting Scenes - 84%

Its Comedy Is Geared Towards Kids, But Some Adults May Laugh Too - 83%

There Are A Handful Of Questions Left Unanswered - 77%

If you're looking for another movie to keep yourself, or kids in your home, occupied, "Ne Zha" should be on your watchlist. It's funny, has good animation, and a story that may exceed expectations.