by Amari Published: May 26, 2020Last Updated on May 27, 2020
FacebookTwitterPinterestRedditEmail

“#FriendButMarried” is a long, arduous movie to watch, that somehow drains anything and everything cute out of its central relationship.

We begin with Ditto on the brink of finally confessing to his best friend from high school, Ayu, only to learn she is engaged. And then we spend the next hour and 10 minutes recapping how they got to that point. Meaning we see them with their exes, multiple moments of will they or won’t they, and you wondering, when all is said and done, was Ditto too late or is there still time? Ditto is the perfect example of how a crush will lead you to improve yourself. For it is in trying to impress Ayu or be on her level that Ditto does anything and everything. Including getting a vehicle, a career, and so much more. 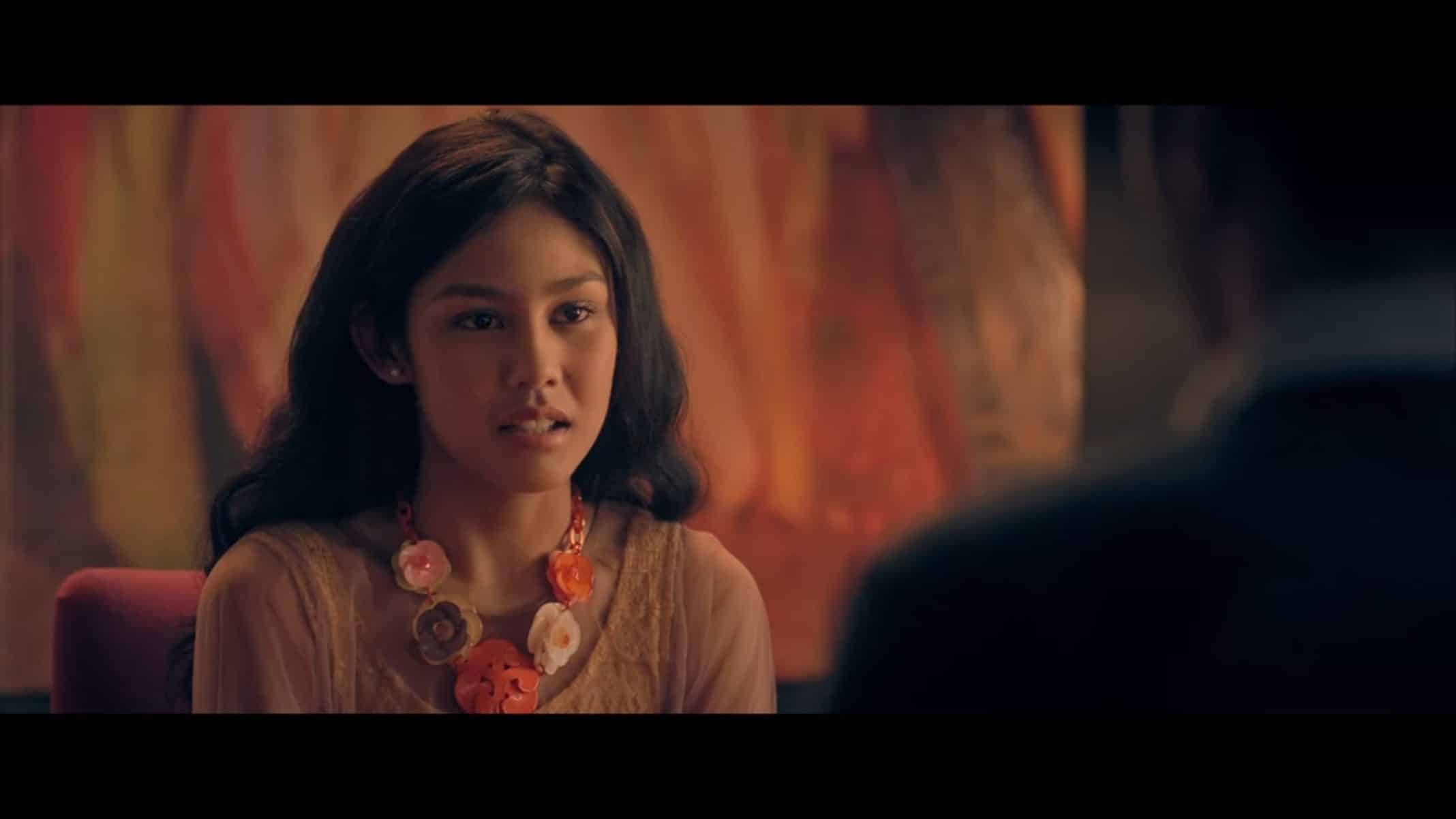 A soap star for most of her life, Ayu is shown to not really have any real notable fame despite her long career. However, in school, she does have a certain level of popularity, and when it comes to boys, while not a serial monogamist, she is single for too long or too often.

Always save some of your money. Everyone can be humble if they don’t have any money. But I can’t say the same for rich people. Don’t ever forget that.
— #FriendButMarried

While Ayu and Ditto as a couple didn’t do much, if anything, for me, you can’t discount how much Ditto did to be deserving of Ayu friendship and heart. Granted, a lot of his milestones weren’t based on his own idea but hers, but if the saying goes, “Behind every great man is a woman,” maybe what made that man great is the women whispering in said man’s ear what to do? As is the case for Ditto.

After A Certain Point, You’ll Grow Tired Of Waiting For Someone To Make A Move

The issue with “#FriendButMarried” is that Ayu isn’t even married, and most of the movie focuses on her and Ditto growing up. And with her getting engaged to someone else at the beginning of the film, at most, it leaves you to wonder if they ever did make a leap before that moment, and the waiting isn’t necessarily rewarded.

Yes, there are a handful of cute moments. However, even someone as sappy as us, who swoons over enviable couples, didn’t really get anything from the two leads. In many ways, they existed, they did their lines, but both lacked chemistry with every person they encountered. Which, after a certain point, will make you lose your investment in this story and may just finish the movie because you came so far.

While we’re used to the very wholesome nature of romance films like this, at the very least, there is chemistry and personality to remind you sex and overt passion isn’t the end-all to be all. However, “#FriendButMarried” doesn’t give you any of that. It is just attractive actors saying lines, getting paid, and barely passing on any reason to want to see their characters end up together. Making this an utter disappointment.

Despite Ayu often seeming iffy about maybe liking Ditto, and playing it off one way or another, she gets honest with herself and admits her feelings for Ditto after he not only confesses to her but follows that up with noting his love on television. Mind you, not in an embarrassing way, by saying her name. However, he makes sure she knows that she is the one he is talking about. Ultimately leading to Ayu leaving her current boyfriend for Ditto, just when they got engaged, and Ayu and Ditto living happily ever after.

Outside of covering life after marriage and with children, I’m not sure what else there is to cover. They could dive a bit more into the stress of both of their jobs, Ayu, an actor and Ditto, a professional percussionist, but that was barely tapped in this film. So the idea of them focusing on how work stresses them out and having a work/life balance seems unlikely.

After A Certain Point, You'll Grow Tired Of Waiting For Someone To Make A Move - 70%

While we're used to the very wholesome nature of romance films like this, at the very least, there is chemistry and personality to remind you sex and overt passion isn't the end-all to be all. However, "#FriendButMarried" doesn't give you any of that.