“Inheritance” may not be a fast-paced thriller, but it will still give you the kind of ending that’ll make your eyes blare and jaw drop.

Lauren Monroe, and her entire family, have done quite well for themselves. Lauren is a district attorney, her father, Archer, a wealthy banker, and Lauren’s younger brother, William, is an elected official. As for her mother, Catherine? Well, she’s a housewife to a rather large estate – so she has a lot to deal with. Especially when Archer dies of a heart attack.

Which is how and when the movie gets interesting. At first, Lauren, the Black sheep of the family since her job doesn’t benefit Archer and his friends, gets a million-dollar inheritance compared to her brother’s 20 and her mom gaining the estate and stock. I know, poor Lauren, right? But then she is told by her father’s lawyer, Harold, that she has also inherited a bunker. A place where a man who goes by Morgan Warner has allegedly been held for 30 years. Leaving Lauren, the supposed good one in the family, with a moral conundrum. Release a man who can ruin her father and family’s reputation or maintain a good conscience?

A mid to late 20 something-year-old woman who is a district attorney that has made her name for herself taking down those in Wall Street that exploit the ignorant. And outside of work, she is a mother, a wife, and while her father has a difficult relationship with her, generally she finds being home a welcome return.

The patriarch of the family who made his money in finance and with a politician for a son, he would have preferred his oldest, Lauren, to go into private law and benefit him and his industry. So with her doing the opposite, it is seen as a slight but, considering their relationship, it isn’t like her father inspired the kind of undying loyalty he wanted.

Lauren’s younger brother, who, in the film, is running for reelection. Which, due to a brooding scandal, isn’t going to be easy for he is within the margin of error when it comes to polling.

Archer’s wife for decades that we don’t really learn much, if anything, about until the end of the movie.

Archer’s personal lawyer who is well aware of many secrets. Making him a source to be confronted for Lauren.

A man locked up in a basement, maybe 30 some odd years, who hopes Lauren is a better person than her father so that he can finally be free.

Collins Holds You In Place The Entire Film

It takes a lot for us to sit through a movie without pausing it every ten or so minutes, but Collins knows how to captivate an audience. She has this talent to be relatable just enough for you to invest in her character, yet not so familiar you can say she plays the same character over and over. Which, in this day and age, feels increasingly rare.

But, what may really get you is the mystery she is dealing with and the shocks she goes through. For in that lies the key of your excitement as she cross-checks everything Morgan says.

And speaking of Morgan, it isn’t too often we give outright praise to male characters, but Simon Pegg plays Morgan masterfully. I’d say it is akin to Michael Sheen’s performance on “Prodigal Son” in terms of presenting us a mad man who you may question the wickedness of. Never mind whether something is being hidden or they truly are all they appear to be. And it is in trying to figure out Morgan that he goes from a supporting character to a co-lead.

Recognizing I’m a cry baby, I must admit the ending got me teary-eyed. I can’t fully explain why, since it isn’t like this is a heart-wrenching drama. However, as noted, Collins has this means of getting you invested, and learning the truth hits hard. Especially once you add up how that reveal is going to change her life and perspective. Which we get into below.

This movie didn’t have to be nearly two hours. From cutting Lauren’s husband and child to dialing back on showing us Archer was no saint, you can see a good 20 or so minutes that could be trimmed. Which isn’t to say this movie felt long or that it overstayed its welcome. I’m just saying, especially in regards to the husband and kid, they are so underutilized that it makes you wonder why they were written into the script and kept in once this got financing?

Heck, there are times I think Harold, alongside Lauren’s husband and kid, might have the screen time they do not because they add much, but so this wasn’t all-white.

Add this to the list of films that make me realize some movies may actually be more enjoyable in a theater. Again, not because of sound and visuals, but just to actually hear other people react and get that experience. For while the ending isn’t too shocking, if you get a sense of tunnel vision and really focus, there is a chance you may have felt affected like I did and be momentarily overwhelmed for Lauren.

Hence the positive label. Outside of some fat in the form of proof Lauren has a personal life outside family and doing more than it has to in order to show Archer isn’t a saint, “Inheritance” is good. Not so good, I’d say to pay more than the average rental price, but if you can get this on the cheap, or find on a streaming service, definitely check it out. 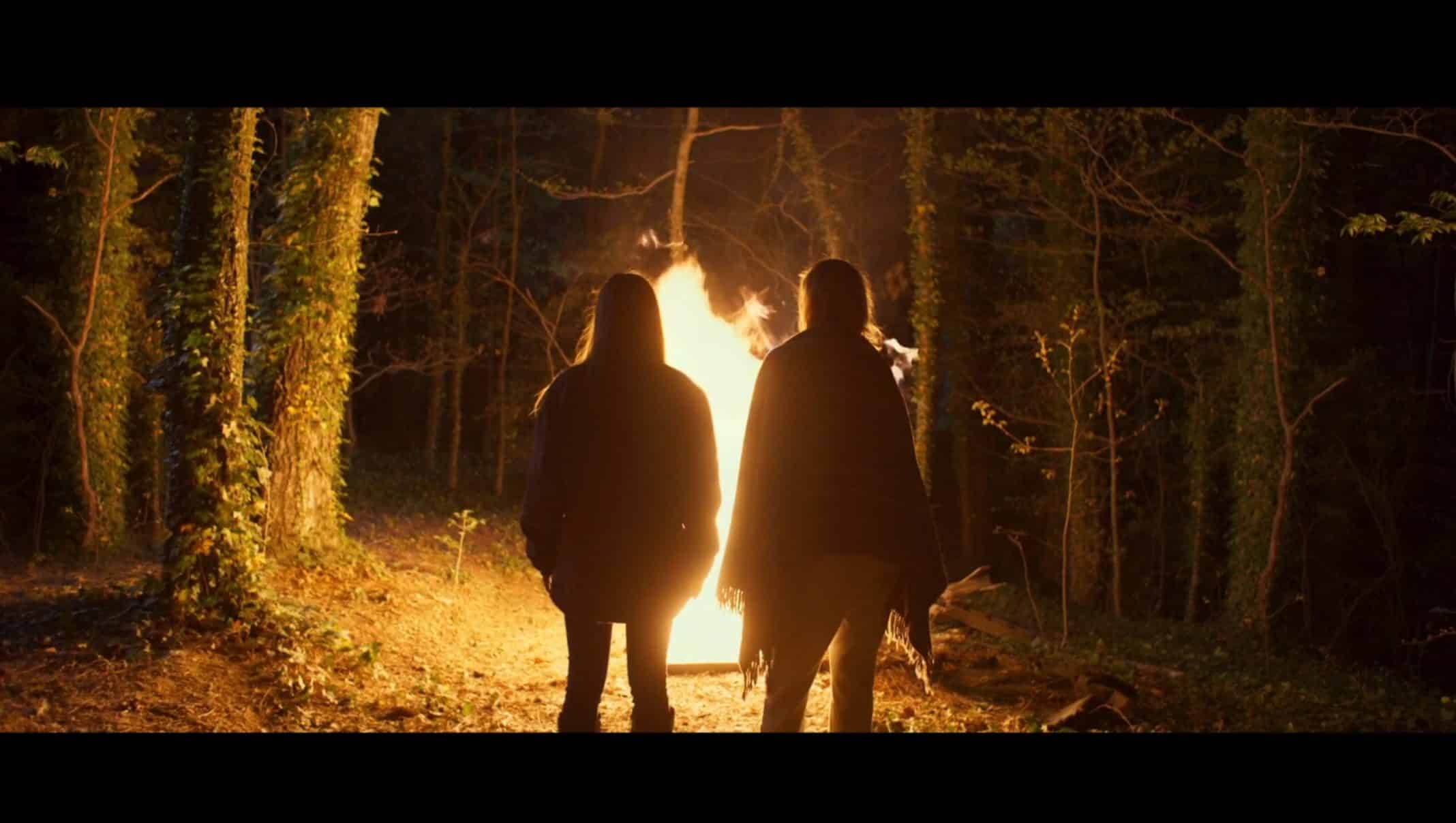 Let’s start from the beginning, Morgan Warner’s real name is Carson Thomas, and the reason he ended up in that bunker was because he not only raped Catherine but also was killed the person Archer hit over 30 years ago. That death, of a promising young student, so says Carson, was going to be used to blackmail Archer. But, instead, Archer chained up Carson for years.

Fast forward, Archer, since Carson can’t talk to anyone, becomes a confidant and learns of all of Archer’s feelings and sins, including a decades long affair that has lead to a child out of wedlock. But, despite this friendship blooming, the desire to release Carson came and went whenever Archer remembered what Carson did. So, with some concoction Carson was supposed to use to kill himself, Carson injects Archer, and he ends up dying behind the wheel, escaping Carson.

Thus leading to the events of the movie that reveals Carson is Lauren’s father. Oh, and Carson is a murderous psychopath who wants to ruin Lauren’s family. I mean, the man kills Harold for goodness sakes. Also, he was given a million dollars, plus a little something extra, and was set up to live out his life in the Caymen Islands. Yet, he threw that away for revenge.

But, jokes on him for the only one who gets revenge is Catherine for him assaulting her 30 some odd years ago.

The only thing left to explore is is if William, who bought off a few unions, gets caught, and what happened with the Reindorff case Lauren was working on. One that her father was involved in since there was a shell company with the same name as Archer’s mistress. Well, her nickname anyway.

Collins Holds You In Place The Entire Film - 86%

Outside of some fat in the form of proof Lauren has a personal life outside family and doing more than it has to in order to show Archer isn't a saint, "Inheritance" is good. Not so good, I'd say to pay more than the average rental price, but if you can get this on the cheap, or find on a streaming service, definitely check it out.