Wherever I Look
Recaps, Reviews, and So Much More
Home Movies Licorice Pizza (2021) – Review/ Summary (with Spoilers)
Movies

Licorice Pizza uses every ounce of charm it can in an attempt to have you forget the lead characters have a 10+ year age difference, with one being a 15-year-old minor.

Table of Contents show
1 Film Summary
1.1 Things To Note | Question(s) Left Unanswered
2 Review
2.1 Highlights
2.1.1 Despite A Long Run Time, Haim and Hoffman Make It Feel Like Nothing
2.2 On The Fence
2.2.1 Not Much Happens
2.2.2 The Work It Puts Into You Forgetting Alana Is A Grown Woman Who Falls For Someone Who Is 15
3 Overall
3.1 Movie Directory
3.1.1 Ratings
3.1.2 Special Categories/ Tags

15-year-old Gary and 25+ year old Alana barely cross each other’s paths early on, but there is a forbidden attraction when they do. One which Gary pursues in the beginning, with Alana initially setting boundaries against. However, as the two spend time together, even grow a business together, her boundaries and walls come down, and Gary wiggles his way in. But, whether or not the charming hustler and potential womanizer, known as Gary, can truly convince someone 10 years his senior that he is worth exploring these feelings she is developing? Well, it’s hard to say. However, Alana seems willing to see where this may go.

Despite A Long Run Time, Haim and Hoffman Make It Feel Like Nothing

This is a potentially excessively long movie. One which completely relies on the charm and dynamic of Hoffman and Haim to distract you from how long you’ve been watching this film. How do they do that? Well, it is through the drama of their relationship, comedic moments which come from being a 15-year-old kid and a 25-year-old girl who is insecure and feels inadequate compared to your older sisters and combining those two worlds.

In Gary’s life, he is like any 15 year old in the 70s. He wants to make out, see some breasts, touch them, and maybe get a hand job. From what we see, Alana wants a guy who not only likes her but can impress her Jewish family. This isn’t to say she doesn’t have aspirations outside of having a man. As shown throughout the film, she is more than capable of working in front of or behind a camera. And yet, after a chance meeting, Alana finds herself swallowed into Gary’s world, and while she doesn’t forsake guys her age, this 15-year-old kid can get under her skin in ways guys her age seemingly can’t and be forgiven for his trespasses.

Thus leading to what, if it wasn’t for their notable age difference, would have made for an interesting back and forth between a guy who has the qualities of an adult but is very much a child v. a young woman who has the age of an adult, but so far lacks the ability to fully exhibit she is mentally and emotionally at the level she should be. With both sides having the kind of charm and screen presence that makes you forgive their individual flaws, but rarely, if ever, the development of their relationship. 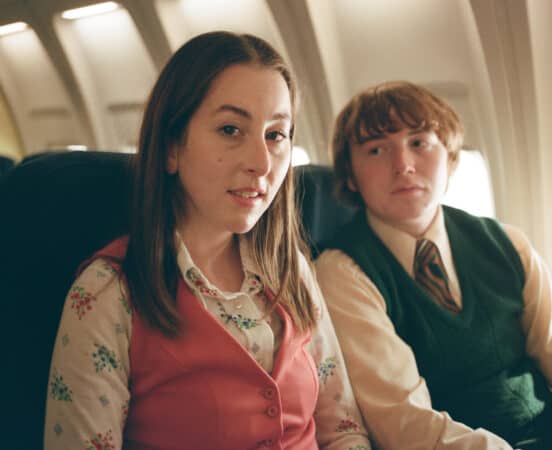 Licorice Pizza exists in a loop. There is Gary and Alana being cool and things being consistent, which leads to Alana catching feelings, Gary flirting with someone and ignoring Alana, Alana seemingly swearing off Gary for disrespecting her, Gary missing her or getting jealous when he sees Alana moving on, then Gary doing something which brings them back together. In the loops, we get to see Gary start multiple businesses, which Alana helps with, and Alana also has her own thing going on towards the end of the film. However, for most, I’d submit you will probably be able to name characters or scenarios that could have cut this down by a half hour or more. Just because so much of Licorice Pizza feels mundane.

Sadly, the film works against itself from the start. It isn’t like Alana didn’t know Gary was 15 when she met him, for it was at his high school, and all of his friends are teenagers. Yet, we’re supposed to set aside this 25-year-old woman legitimately fell for this man? Mind you, we see Alana date a guy who is closer to her age and have the opportunity to date someone who potentially has as much ambition as Gary and is age-appropriate – yet they either don’t get a second chance or a chance at all.

Mind you, on top of the age difference, Gary isn’t some sweet and innocent kid. He has adult humor, wants to see breasts, touch them, and is known to ask multiple women to do stuff with him. On top of that, he flirts in front of Alana multiple times like it’s nothing. You know why? Not because it’s childish, BUT BECAUSE HE IS A CHILD!

And as noted above, you can understand Gary maybe had to grow up a bit and take on adult responsibilities, which can be paired with Alana maybe being stunted in some facets since she wasn’t raised with the same expectations. However, no matter the dynamic, chemistry, banter, etc., it is difficult to accept someone still in high school being with a grown-ass woman who has to drive him around and even acts as his chaperone when Gary’s mother can’t be that for him.

If Licorice Pizza lessened the age difference by aging Gary up or Alana down, this would easily be a movie worth seeing. However, because of that ten-year difference, everything seemingly is about figuring out a way to get you to invest in this potential relationship despite how wrong it is. And to add insult to injury, it spends an exuberant amount of time to convince you. Which leaves you to wonder, why was there such a commitment to this age difference? Especially considering Gary is aging out of being a child actor, hence all the hustles he comes up with. Did no one think making him 17 going on 18 would have been better than a full-on minor?

But, due to the age difference and honestly feeling like this movie more so exploited than utilized the talents of its leads, that is why Licorice Pizza is noted as divisive. It has two of the best lead characters I’ve seen in a long time, who make you completely forget you are watching a two-hour movie in which not much happens. However, Alana allowing this 15-year-old kid to pursue her, and encouraging it, and sometimes feeling like the film wants you to move past the age difference, tarnishes all that it is and could have been. 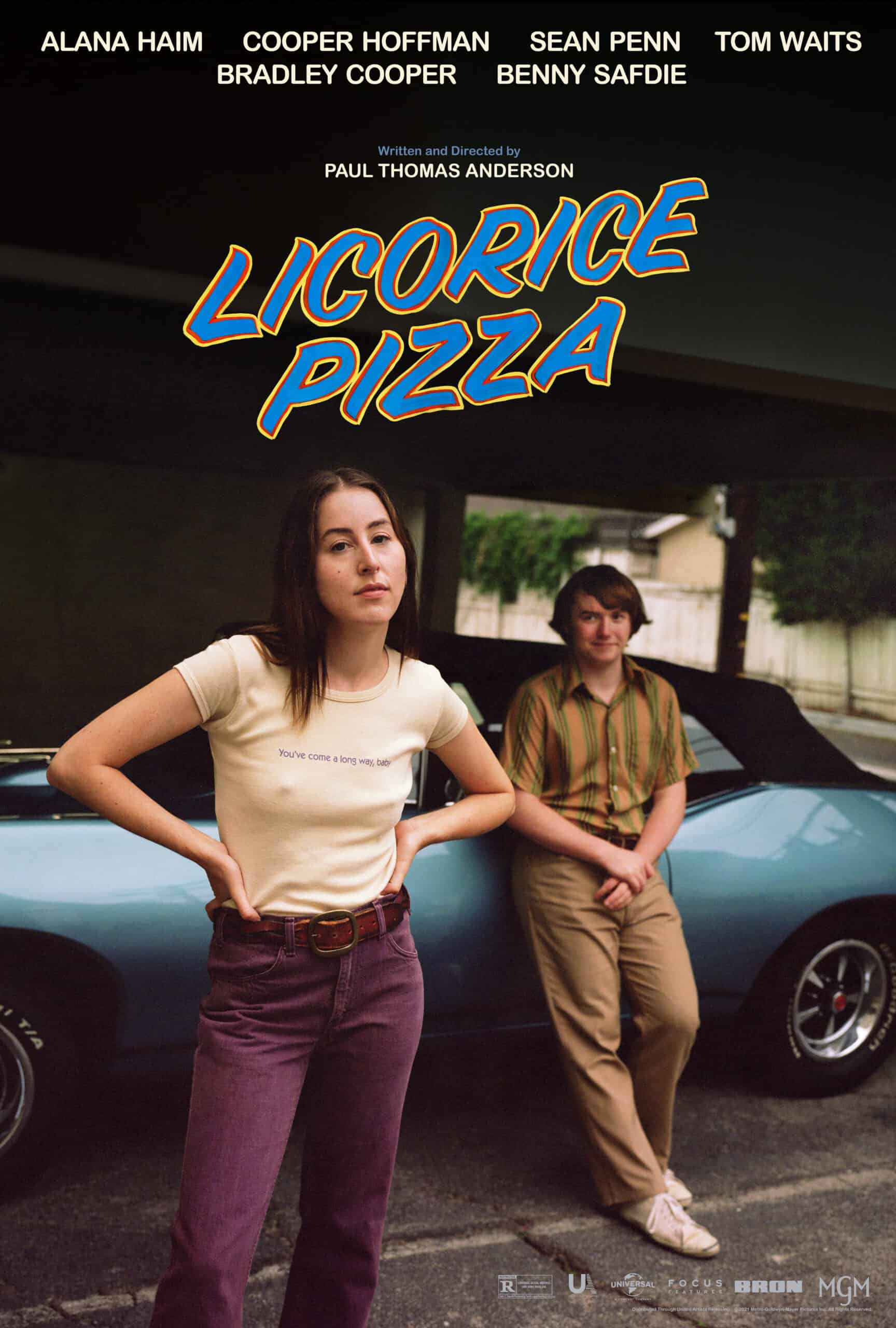 Licorice Pizza (2021) – Review/ Summary (with Spoilers)
Who Is This For?
People who really think age is nothing but a number if two people have chemistry and love each other.
Highlights
Despite A Long Run Time, Haim and Hoffman Make It Feel Like Nothing
Disputable
Not Much Happens
The Work It Puts Into You Forgetting Alana Is A Grown Woman Who Falls For Someone Who Is 15