In this crime drama, an egg and pork chop are cops looking for justice since there is a murderer killing eggs by the dozen.

Harry and Calaham, cops, have notoriety for closing many cases, but their violent and grandeur ways force their commissioner, Knishnover, to put them on ice. However, with eggs being murdered and their whites extracted, neither Harry nor Calaham can settle for a desk job when a top-tier case is before them.

Harry, the former partner of Humpty Dumpty, has had a hard time since his old partner cracked, and while Calaham is just what the chef ordered, he sometimes enables the worst in Harry.

Outlandish, sexual, and always pissing Knishnover off, Calaham is undeniable a good cop when it comes to taking down the bad guy, but with Harry? He is a PR nightmare that balances out the good with excuses, apologies, and required clean-up.

The commissioner for the local police, Knishnover, similar to Captain Howard of the “Bad Boys” franchise, always seems one word from blowing up on his team, Calaham especially, who tap dances on his nerves.

How Fleshed Out The World Is

In 27 minutes, Harry and Calahan’s world is amazingly fleshed out. From billboards to various parts of the city they live in having a distinct look, you feel like you’ve been dropped into a lived-in place where future entries could go so much deeper into. On top of that, with each character introduced, there is a new story, a new life lived, and you craving to know how they ended up a pimp, a homeless singer, a mobster, and more.

It’s a giant tease, and you’re left feeling like you just had a sample platter.

While enticing, unfortunately, one of the things you may feel the need to hold against “Hardboiled” is that to be shocking and drive the comedy hard, it goes a little over the top with its sex and violence. The violence, especially, loses its effect quickly as you are desensitized to squished berries, eggs having their insides splattered, and drinks spilling over.

Now, this isn’t to say it takes you out of the short, but it does make you wish when media like this is made, they would hold something back, so there could be some kind of shock value beyond the first few minutes. Rather than dump the violence and sex upfront as the hook and seemingly undervalue all else it has going for it to keep viewers watching. 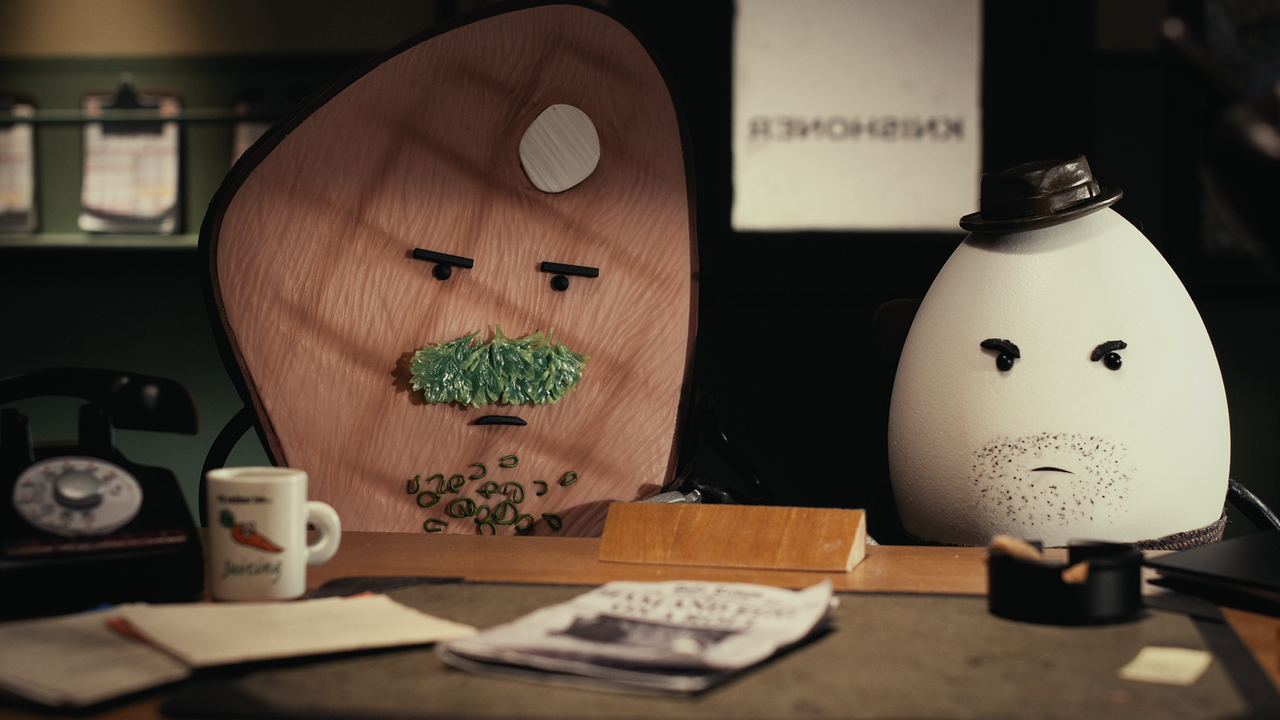 Hardboiled (2022) – Review/ Summary (with Spoilers)
Overall
While "Hardboiled" unfortunately does as most media does which has violence and sexuality, in terms of using it gratuitously, luckily, it isn't a means to compensate for its characters, story, or the world built.
Highlights
How Fleshed Out The World Is
Disputable
Less Is More
82
Follow Wherever I Look on Twitter and Instagram, Like us on Facebook, and Subscribe to the YouTube Channel.