Fantastic Beasts: The Crimes of Grindelwald – Summary/ Review (with Spoilers)

As Grindelwald’s reason for taking power away from humanity is revealed, the romance of the first movie expands and deepens.

In a way, it seems like the Fantastic Beasts series is but multiple parts of the same movie. As if Rowling wrote each screenplay like a book. Hence a simple jump to 1927, only months after the first movie. Things begin with Grindelwald’s escape, and a few month time jump to accommodate his trail going cold. Something that also allows for Tina to become an Auror and Newt to deal with the consequences of what happened in NY – such as him losing his ability to travel internationally. But what creature or thing makes Newt want to leave again? Well, heartache. His brother Theseus is due to marry Leta and, to add insult to injury, Newt is asked to be best man. Oh, and to add onto Newt’s troubles, if he wishes to regain his mobility, one stipulation would be Newt working under his brother for the ministry of magic. Please note, all of this is not to imply they, Newt and Theseus, have a terrible relationship. It’s just, if your brother was marrying your childhood sweetheart, even if he doesn’t know, it makes her knowing, and him being part of it, feel like a low blow.

Thankfully for Newt, he can reject the British ministry of magic’s proposal of having him work under his brother, hunt down Credence, and kill him on sight, for Albus gives him an alternative. One in which, instead, he is to hunt down Credence and protect him. Now, as for why Albus would want to get involved, considering there are those of the ministry, like Torquil Travers, ready to assume he is working with Grindelwald? Well, to reveal that secret is to give away part of why Grindelwald sees Credence as so special.

It Ups The Main Highlight of The First Film: The Romance 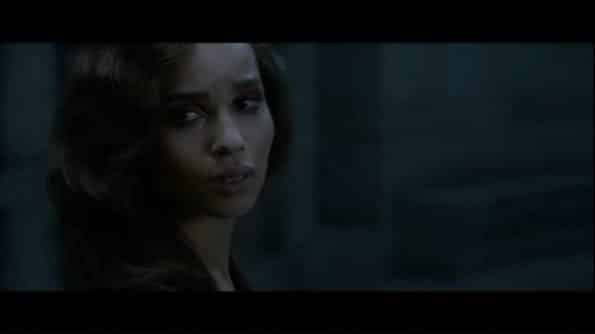 Naturally, Queenie and Jacob continue to be the most loved couple. However, things get complicated with them because Queenie wants marriage and Jacob, being a bit more rational, fears what may happen to her if they do. Leading to some conflict there for her being able to hear his thoughts, before he decides what he’ll say, complicated things. But, they aren’t alone in complicated relationships. As noted, Leta is in the film and she presents how weirdly complicated things are with her and the Scamander brothers.

Take, for instance, her younger counterpart, in flashbacks, illustrating why the two were so close. She was the outcast because of deeds before she even came to Hogwarts, among the complications of her parentage. Yet, as the trailer says, Newt never met a monster he couldn’t love. So considering she was one of the few who sought him out, and got close to him, you can understand why it was so painful for her to end up with his brother.

Though the greatest romance of the film is still building.

Grindelwald is Made To Be Much More Than A Simple Villain Despite what the first movie led us to believe, and this film’s trailer, Grindelwald might not be looking for world domination. If anything, taking note of the year, he is trying to stop what is to come. The problem is, Grindelwald has attracted many a fanatic who doesn’t seem to fully understand his goals. Plus, with it not being clear how serious it is taken, seeing the future and trying to prevent it, thus he becomes a villain. A cult leader who, unfortunately, attracts fringe members of society who taint the true goal.

Yet, rather than excommunicate them, Grindelwald recognizes he needs numbers so he takes in any and all. Knowing that, for some, when the time comes, they’ll likely die before they can truly cause any trouble. Interrupt what Grindelwald truly wants to do.

While there is no kiss, or anything blatant, with J.K. Rowling long revealing Albus is gay, or queer in some fashion, it is easy to see that Grindelwald likely was his first love. But, perhaps thanks to Grindelwald seeing the future, their ideologies split them apart. However, with a spell they did, and an item to seal a promise, it becomes quite clear, with it still being a treasured item for both, old feelings never died. They just got complicated.

While A Lot Happens, You Feel Like You Are Nowhere Near The End of the Story 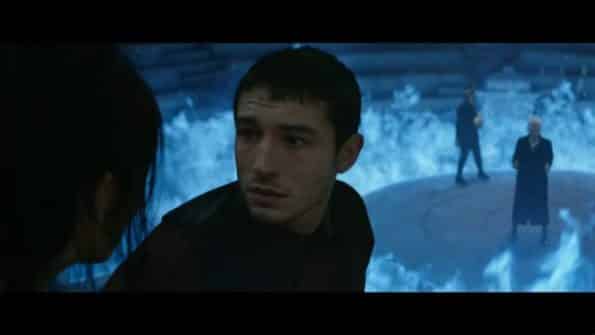 Unfortunately, back in 2016, per Variety, J.K, Rowling noted this will be a 5 part series. Making this entry feel like, due to the pacing, a film nowhere near its finale. Not to say nothing happens! Quite a bit does, but even after 2-hours, we’ve just approached hit a point where you can say the climax is on the horizon.

But again, the film isn’t all filler. The relationships are made more interesting, the magical creatures are made to be more extravagant, and there is some sense of danger and potential loss. The problem is, this feels very much like a history book. One which is recounting each thing that happened, in a thorough way, footnotes and all, making it feel like a visual novel. The kind that doesn’t really cut any of the fat so that things feel a bit more brisk.

Overall: Positive (Worth Seeing) | Purchase Or Rent On (Fandango)

With the latest entry of Fantastic Beasts, the Harry Potter universe begins to feel like the Star Wars universe. Do these added details of what happened in the past flesh out the future? Yes. However, one can argue, with each entry, while it may not take away from any film made in the past, it does chip away at the franchise as a whole. For while this does give J.K. Rowling the ability to make all of her random tweets officially canon, there remains the need to question if this prequel series is just her trying to adapt to what she knows now and use her influence? That is, as opposed to when the original series was made and one could argue it was more about the story than crafting a legacy.

But, even with all that said, what makes Fantastic Beasts: The Crimes of Grindelwald worth seeing is that it improves on what the first film good, and addresses many of its weaknesses. Unfortunately, it seems like it is going to spread out addressing most of the issues, but let’s not forget none of the original films were written by Rowling. So her having more control than ever means her getting to choose what matters and what doesn’t, thus her prioritizing as she sees fit and you trusting her not to do as George Lucas did with the 90s prequels.

I so appreciate this post. I didn’t understand anything about the movie and this summary really helped! ??