Wherever I Look
Recaps, Reviews, and So Much More
Home Movies Fantastic Beasts and Where to Find Them – Recap/ Review (with Spoilers)
Movies

Fantastic Beasts and Where to Find Them – Recap/ Review (with Spoilers)

While Fantastic Beasts and Where To Find Them seems purely about milking Harry Potter love, without Harry Potter, there is just enough magic to get you through it.

Table of Contents show
1 Summary
1.1 Collected Quote(s) or .Gifs
2 Highlights
2.1 Queenie and Jacob’s Relationship
3 Criticism
3.1 The Villains Are Lackluster and Heroes As Well
4 On The Fence
4.1 This Is Definitely Something You’d Have To See In a Theater
5 Overall: Mixed (Divisive) | Purchase Or Rent On (Amazon) | Buy The Book
6 Follow Wherever I Look on Twitter and Like us on Facebook.

We find ourselves leaving England and heading to America in this entry into the Harry Potter universe. Specifically, we head to 1926 New York following a young man named Newt. Someone who, unofficially, is a bit of an expert on magical creatures. Of which, he has what is damn near a zoo all within a suitcase he carries around. One which, not too long after leaving immigration, pops open and a platypus looking creature begins causing havoc.

Unfortunately, things only get worse from there when Newt bumps into, later befriends, a man named Jacob. Now, being that it is the 1920s, it seems America was not only segregated by ethnicity but between the wizarding world and muggles. At least in terms of witches and warlocks not having relationships with mortals – of the romantic kind. Yet, as we follow Newt’s journey to recapture his beasts which got out, one romance blooms.

But, said romance is not the focus of the film. The focus is on the relationship between a political figure named Graves and Credence. A young man who is an orphan who is being abused and sees Graves as a kind figure. However, as time goes on, so comes the need to question Graves’s motives and whether Newt, Jacob, Tina, and her sister Queenie can interfere or stop him. 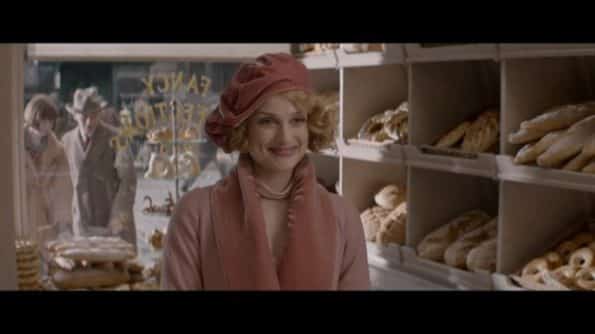 When it comes to the characters of the movie, and their stories, Queenie and Jacob are the only ones who come off that interesting. Newt is adorable and awkward, but kind of boring. Tina is your generic tomboy and the rest? Including the villains, barely worth noting. However, there is something cute and sweet about the lonely Jacob and Queenie who, with the ability to read minds, often seems kind of isolated. Add in a Marilyn Monroe wispy kind of voice and it makes all your attention go to these two. Making them only second to the creatures we’re introduced to in draw power. Well, after seeing the movie anyway.

The Villains Are Lackluster and Heroes As Well Let’s be honest, Grindelwald is no Voldemort. Part of the reason could be there isn’t a real build to being introduced to him. It could also be because his representatives aren’t made to be all that interesting either. Though, another reason why Grindelwald is no Voldermort is because there is no Harry Potter-esque character. Newt, at best, is like a boring, male, version of Hermoine. Studious, yes, but doesn’t have much of a personality to speak of. At least the kind of personality you’d expect out of a lead.

What makes things worse though is no supporting character, whether good or some semblance of evil, push the idea they are any better. Credence’s mother, Mary Lou, is but a basic muggle whose worse crime is hitting the kids. Which I’m not saying didn’t leave them traumatized but considering the many things we’ve seen and heard wizards do, that seems minor. Then, in terms of heroes? Well, Tina is a hero but she kind of comes off like a generic tomboy. There are also members of the wizarding government but the only thing noteworthy about them are their eccentric clothes, hence the Oscar for costume design. I’ve never been someone who enjoyed when directors would downplay Netflix or home viewing. Mostly due to it not making sense for them to complain either against a major financier, who would give them the freedom they so badly desire and because, for many, their films don’t make money until they get a home release. So it seems very pompous when they make their comments. Especially since the movie-going experience can be a bit overrated.

However, taking note Fantastic Beasts lacks, as noted, characters who lack big personality, drive you to want to dress up, be them, or see them as role models, it’s the effects which make the movie. Add on the story seems more like it is milking the franchise, rather than starting a new chapter, and it makes it so the special effects are the main selling point. Which, if you don’t have the most high tech home system, may make it feel like you are missing out on the magic. Especially in regards to the fact the diversity of the beasts is one of the most awe-inspiring things about the film.

Even if you take away the need to compare this to Harry Potter’s journey, the problem with Fantastic Beasts and Where to Find Them is that it lacks compelling characters. One could even argue, since we’re not focused on rambunctious teenagers, the movie decided to do an a bow face on its predecessors and instead gives us slightly jaded adults. Ones dealing with dead-end jobs, being misunderstood, and dealing with the weight of their responsibilities.

Leaving us with something that may have magic in terms of spells and creatures, but doesn’t feel all that magical. It has a cute romance in it, and the kind of creatures which demand the highest definition screen you can find, but very little else. Hence the mixed label.