The New Romantic solidifies Jessica Barden’s stardom as she begins to forge a path that will surely lead to others being compared to her.

Blake is like many a girl. It’s not that she wants it all, the prince charming who rides up on a white horse to whisk her away to some palace. No. All she’d really want is a guy who knows what a date is and doesn’t treat it as an obligation to stick his tongue down her throat and get into her pants. So, upon meeting Morgan, a girl who is a sugar baby, she takes note of her lifestyle and what begins as just a means to keep her school column alive becomes part of her life. That is until she realizes she might not be cut out for that life.

Poor college guys – God bless them. But they’re so busy trying to catch up on what misconduct is, they don’t even know how to go on a date.
— Blake Though this isn’t Jessica Barden’s first starring role, it is her first major production since The End of the F***ing World, arguably, put her on the map. So, with that in mind, so comes the need for this to show she wasn’t a one trick pony and that, perhaps, what made Alyssa so interesting was all the cursing and antics vs. the actress. Barden proves it was all her as she does mirror some of Alyssa’s need for love and affection, but comes off vastly more normal.

As Blake, Barden gives us someone who may call herself a hopeless romantic, but really is just someone who never experienced old school romance. She is a girl tired of hook up culture and just wants a legit date. Making Ian taking her to restaurants, creating dates which mirror a French movie, per Blake, all she could want and more.

Yet, it becomes clear, as much as she enjoys the life Morgan introduced her to, she knows it isn’t real. That doesn’t click immediately but once it does, you see the joy slowly leave Barden and you can begin to see her grasping the smoke. Making you feel deeply for her since even if what Ian provided her wasn’t real, it was the closest thing she ever got and even fake jewelry can be nice if it is polished up well, right?

Thus proving to us all that Barden definitely can handle not only playing the lead but having it where she doesn’t need to play off a strong male lead to command your attention. Heck, even though Nikki and Morgan play wonderful supporting characters, neither act as crutches. They are just topping on a perfectly done cake. 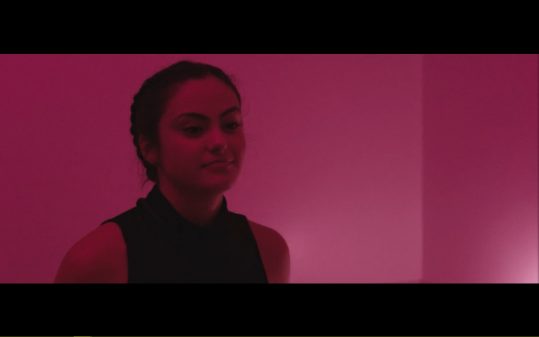 With that said, Morgan just disappearing without a word seemed so wrong. She acts as Blake’s introduction to this world of being sugar baby and as soon as Blake and Ian link up, no more Morgan. All we know is that she was the sugar baby to a man who likely was engaged, or at least dating another woman. Making you wonder what did Morgan really know?

It Leaves You Wanting More From Some Characters

One of the things which makes this movie what it is, is that each character seems like they could be the lead. The problem with that is, it makes it so for some, like Morgan, Nikki, even Ian, us getting to learn so little about them is sometimes frustrating. Take Nikki, for example, all we really learn is that she has been Blake’s roommate since freshman year. As for small things like her major, her plans after college, what she does besides drugs and go to parties? Your guess is as good as mine.

Then with Ian, while you get having a bad breakup is why he wants to be in a situation where he has most of the power, it doesn’t mean you don’t want to know more. Yet, with Ian, the frustration you have is supposed to mirror Blake’s. But the same excuse is hard to use on everyone else – which becomes a slight problem. Not to the point you want a sequel or wish this was a series, Barden is more than enough for you to be satisfied. It’s just hard to not have this lingering wish we got to know the people in her life more.

Overall: Positive (Worth Seeing) | Purchase It On (Fandango/ Amazon

While the supporting characters are made to be too interesting not to be developed further, Barden dominates in such a way that you can forgive Nikki not being fleshed out more and Morgan just disappearing. For what Barden and director/writer Carly Stone give is a quirky little romance film. One which doesn’t glorify nor condemns being a sugar baby, but does put into perspective the limitations that can have. Despite all the gifts and monetary things which come from a good arrangement. 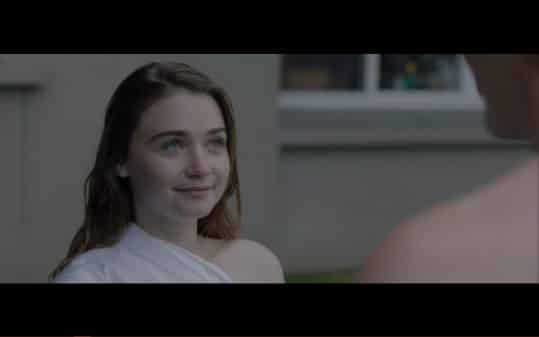 Blake is like many a girl. It’s not that she wants it all, the prince charming who rides up on a white horse to whisk her away to some palace. No. All she’d really want is a guy who knows what a date is and doesn’t treat it as an obligation to stick his tongue down her throat and get into her pants. So, upon meeting Morgan, a girl who is a sugar baby, she takes note of her lifestyle.

Mind you, it isn’t because Blake is trying to have a bunch of expensive things bought for her. If anything, Blake seems to want the life of a consistent escort than anything else. That is, things being planned and held to. It’s just, rather than money, she wants experiences. Especially that of Nora Ephron productions – which she loves.

Problem is, the guy who is her sugar daddy, Ian, there comes a point where he just doesn’t do it for her anymore. Maybe it is because this guy at the school newspaper, Jacob, is more age appropriate? It could be because Blake never got comfortable with being given all these lavish things and all she has to offer is company and sex? Heck, maybe it was just the power dynamic of him getting to show up suddenly, take her to someone’s wedding, but she gets a door in her face if she shows up randomly.

Either way, combine all that, and Ian learning a column is being written about him, and that ends their situation. Luckily though, despite knowing about the column from the start, Jacob still seems interested in Blake. So as she sells a diamond bracelet Ian gave her, loses the moped he brought her, and she graduates, it seems Ian will be like many a man in a film like this. Someone who taught her a lot but was not someone worth or willing to be part of the next chapter of her life.