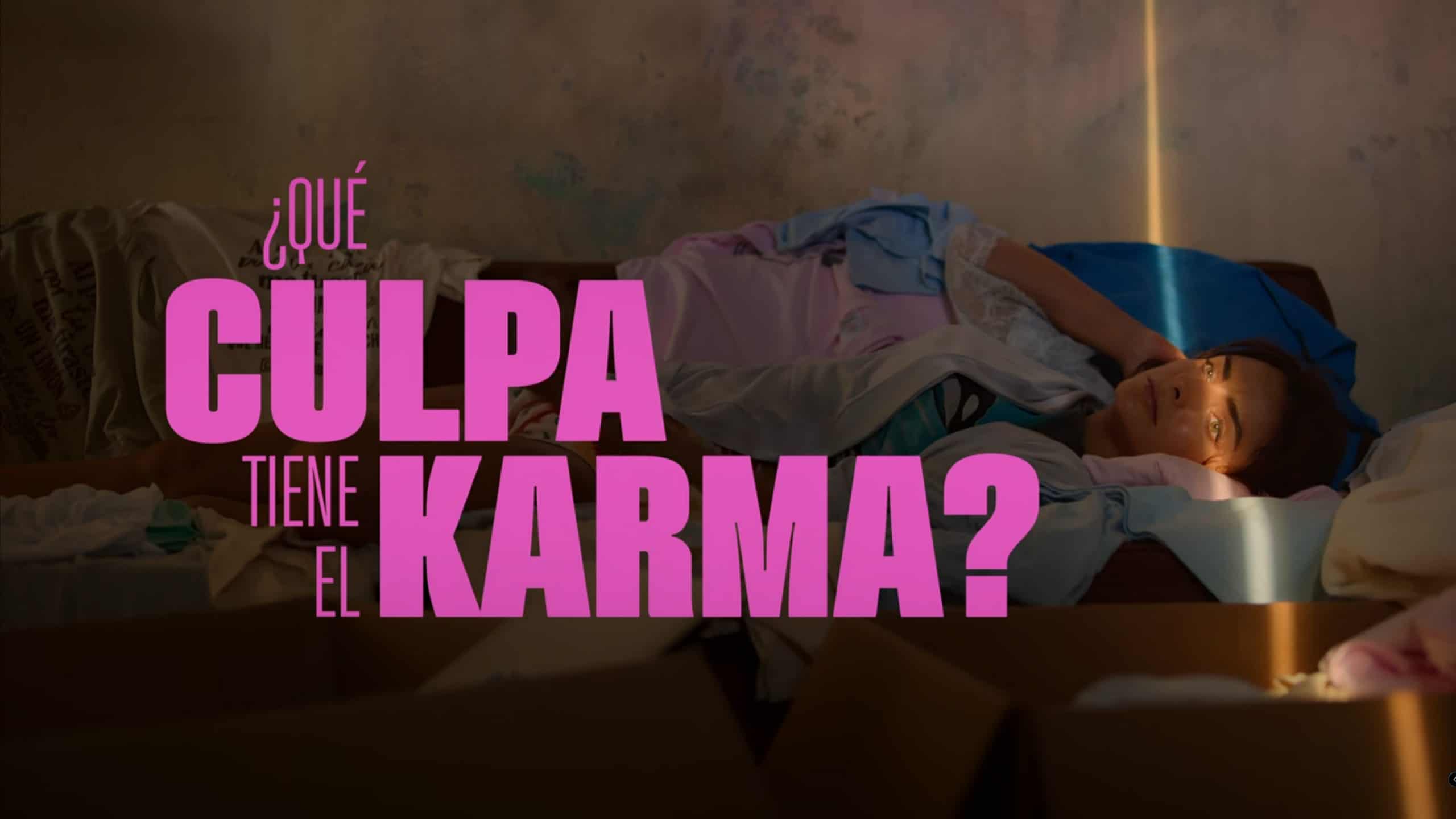 “Don’t Blame Karma” is comical at times, but the romance it wishes to explore and the drama which creates the comedy and complicates the romance is disappointing.

Thanks to blowing out her little sister’s birthday candles, when her sister Lucy turned 5, Sara believed her sister cursed her and took away all her luck and ability to wish for anything. This guilt, which has rooted and bloomed for over 20 years, has led to anything Sara didn’t get, like Aaron to be her boyfriend, to be seen as karma.

However, now things are beginning to be too much as Aaron ends up engaged to Lucy, and Sara is expected to be happy about it and design Lucy’s dress. All of this leads you to wonder how much of this is in Sara’s head and is there any malice coming from Lucy?

Since her sister’s 5th birthday, when she blew Lucy’s candles out of spite, Sara has believed Lucy cursed her and stole all her luck and wishes. Thus leading to, despite the fortune of inheriting her grandmother’s house, having a storefront with an employee, and even having a long-distance boyfriend, believing she is unlucky.

Aaron was Sara’s best friend throughout high school until he moved, and they lost contact. But now, as a famous musician, he has returned to her life, engaged to her little sister, yet wanting to pick up where they left off, which is in a gray area where neither was sure where the friendship could go.

Perpetually jovial and now a model, Lucy is beloved by most, even Sara, despite her believing Lucy put a curse on her decades ago.

Roberto is Sara’s long-distance boyfriend who isn’t a placeholder for something better, but it also seems clear Sara isn’t with him thinking that they’ll get married down the line.

There is no denying Aislinn Derbez’s abilities as a lead actress. She is charming, comical, and plays well off of her co-stars, and she draws you in even without much to her character.

Unfortunately, when it comes to her co-stars, they don’t have the same level of charisma to make you as forgiving. For example, Lucy and Sara’s parents are having a bit of a crisis in their marriage since the mom wants an open relationship and the dad does not. This issue isn’t given any sort of depth or nuance. We just know the mom wants to mess around with some Swiss man, and the father is depressed about it, and it has soured his feelings on love and marriage.

When it comes to “Don’t Blame Karma,” the only development we get is in Sara’s relationship with Aaron and, to a point, her relationship with Roberto. Everything else? There isn’t much of an effort for you to understand a character deeply. What led Lucy and Sara to get into fashion isn’t dove into. Why are their parents having marital issues isn’t developed. Why is it that Sara pushes the idea Lucy hates her, yet Lucy seems to love and support her sister at every opportunity she gets?

Also, when it comes to Aaron, why didn’t he seek out Sara after he moved, or even as an adult? Never mind, considering how Sara’s mom seemed to be aware of Aaron, how was Aaron not aware Sara was Lucy’s older sister? There are so many questions and shallow plots that make it so “Don’t Blame Karma” is ultimately more story driven than character driven, but considering the story is meek and lacks complexity, it doesn’t compensate for how superficial everyone seems.

Don’t Blame Karma (2022) – Review/ Summary (with Spoilers)
Overall
“Don’t Blame Karma” is fun to watch but easy to forget as it lacks the kind of story, characters, twist, or anything that could make it stand out.
Highlights
Sara Was Charismatic
Disputable
The Parents’ Marital Drama
Minimal Character Development
70
Follow Wherever I Look on Twitter and Instagram, Like us on Facebook, and Subscribe to the YouTube Channel.