Wherever I Look
Recaps, Reviews, and So Much More
Home Movies Deadpool 2 – Recap/ Review (with Spoilers)
Movies

Deadpool 2 reminds you of what the comic book world was like before creating cinematic universes killed the fun and excitement.

Table of Contents show
1 Summary
1.1 Other Noteworthy Facts & Moments
1.2 Question(s) Left Unanswered
2 Highlights
2.1 Reminds You Of Yesteryear When Sequels Learned From Previous Movies and Were Made Because The First Was A Hit And There Was A Story To Continue
3 On The Fence
3.1 While You Recognize The Improvements, You Still See Room For Growth
4 Overall: Positive (Worth Seeing)
5 Follow Wherever I Look on Twitter or Like us on Facebook.
5.1 Check Out Other Movie Reviews

At this point in life, Wade wouldn’t mind having a family. I mean, Vanessa took out her IUD and considering Wade’s upbringing was just plain traumatic, Todd could be given a nice life. However, when you may potentially live forever, that means you are going to deal with the eternal issue which is the mortality of the ones you love. Thus leading to Wade experiencing a bit of a depression as he comes to realize Vanessa won’t be there forever.

Leading to Colossus trying to help him out of his funk by making Wade an X-Men in training. However, on his first job, one to save this kid name Russell, he inadvertently helps put into motion what led to Cable’s family being killed decades later. Something which Vanessa pushes him to undo by keeping Cable from killing the kid. A task which goes beyond the code of the X-Men so Wade, as Deadpool, forms X-Force. Of which, outside of Domino, let’s just say the rest don’t make much of an impact.

However, there comes a point where an unexpected villain (SPOILER) gets involved which makes it so no matter how bad ass Cable is, or Wade’s immortality, they are going to need as many mutants as possible if they want to change the future for the better. 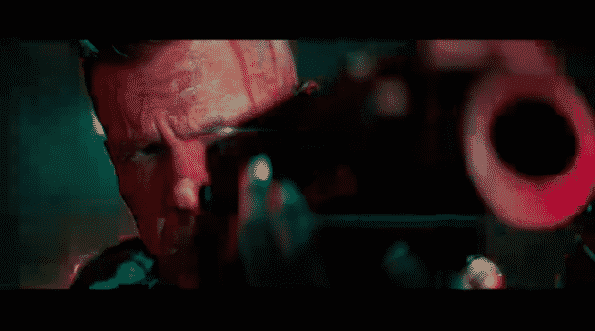 Unfortunately, we live in a time where, with all studios desperate for reliable hits, sequels are put into production before a movie is even put out. Heck, in the case of some films, like A Quiet Place, even though there really isn’t a sequel warranted, because there is money to be made, discussions begin. However, in the case of Deadpool, a sequel was not only warranted but felt necessary. After all, despite being a Marvel property, there is nothing about Deadpool that seems like your average Marvel movie.

For one, it’s rated R and I mean a hard R when it comes to violence. I mean, sexuality wise there are small genitals you see, which leads to a lot of odd moments of laughter, but Wade being violently killed is not something you see in Marvel’s usual PG-13 productions. Plus, when it comes to Reynolds being funny, because Wade is current and aware of worlds outside of his, he is professional comedian level funny.

I’m talking about referring to Josh Brolin as Thanos, the aforementioned end credits where Wade fixes his character’s timeline, and little moments as well. The kind which nods to some of Wade’s criticism of his films like not getting the big money X-men, yet them being behind a door and hiding. That is, alongside Wade, low-key, expressing his bisexuality with Colossus and Cable.

Then, going into the story, as noted in the marketing, Deadpool 2 is about family. The first was about finding purpose, this one about family, and considering this is a Marvel film, if and when there is a third, more than likely it will be about Wade dealing with his past. In which I mean his daddy issues. Setting up a full arc and a story which may seem like it could be predictable but, being Deadpool, I doubt it will follow genre lines.

While You Recognize The Improvements, You Still See Room For Growth 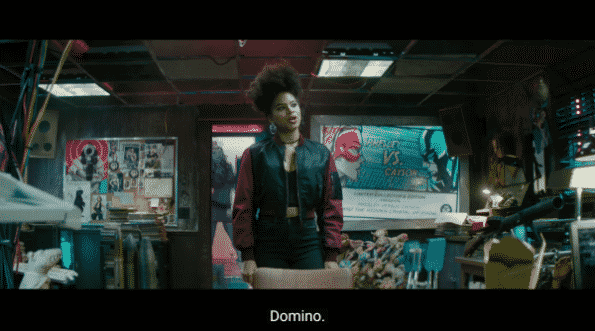 First and foremost, Reynolds is what makes this movie and while surprise characters and actors showing up is cool, he makes the film. Problem is, as for everyone else, they don’t have the same impact. For the most part, only Domino and Cable you can really say aren’t either reliant on Deadpool to get and maintain your attention or, like in the case of Colossus, exist solely to be used for a joke.

Which sucks in a way for while Zazie Beets probably was featured more in Deadpool 2 than the entire second season of Atlanta, at the same time you don’t learn much about her. Same, in a way, goes for Cable. We know why he pulls a Terminator and comes to the past, but as for why he is part cyborg, how changing the past may not make things worse, and so much more, that isn’t gone into.

Also, while you have to take note of the diversity this film has, from ethnicities to Russell not being some skinny, Abercrombie model type, alongside there being a character who is gray-haired and old, there remains the problem they aren’t that much developed. At least in terms of them feeling fully fleshed out. Take for example Teenage Negasonic Warhead dating Yukio. Sometimes with this film, representation is about being seen, scarcely heard, and knowing how to play up your gag. Which, for Yukio, almost borders on a stereotype. Not in a completely offensive way but just above giggling Japenese school girl who is naive about what is going on. Who also overdoes it with the peace sign.

Making it so, as Wade says in the trailer: Now that’s just lazy writing.

In some ways, Deadpool 2 is like most Marvel movies. The action is top notch, it is funny as hell, I clocked around 40 some odd laughs and, of course, there is an emotional element to it. After all, Wade is someone trying to build a family to make up for the one he didn’t really have growing up. However, with the writing geared to the idea of knowing the audience is primarily coming to see and hear Wade as Deadpool, all the memorable bits pretty much are given to Wade as Deadpool. Making it where from old characters like Dopinder to new ones like Domino, while they may be thrown a bone, they are never really co-stars. This film, by no means, is an ensemble. They are always there to support Wade being funny, having an emotional moment, or whooping ass. As for who they are as individuals, you are on a need to know basis and if there isn’t a need, you won’t learn a damn thing.

Yet, despite that note, this is totally worth seeing. 2 hours fly by quickly and considering how less and less Deadpool seems like a red headed step child, born from the husband’s mistress, just fathoming what a 3rd film could have is exciting.

It will probably be awhile before I get to see this, but I’m looking forward to it. Thanks for sharing your thoughts.