With sequels being talked about or confirmed, so dies some of the tension of Infinity War. However, at least Marvel is learning how to make better villains.

Table of Contents show
1 Summary
1.1 Other Noteworthy Facts & Moments
1.2 Question(s) Left Unanswered
2 Highlights
2.1 Thanos Shows Marvel Is Updating Their Formula To Have Better Villains
2.2 The Mini-Battle Between Starlord and More
3 Criticism
3.1 Knowing There Are Sequels Planned Kills The Tension
4 Overall: Mixed (Divisive)
5 Follow Wherever I Look on Twitter or Like us on Facebook.
5.1 Check Out Other Movie Reviews

With Thanos’ believing to solve every world’s resource problem being to wipe out half the population, the fractured Avengers find themselves reforming. Especially since lost, like in the case of Thor, drives them for they are at a point where the only thing left to fight for is life itself. But, unlike the villains our heroes have faced in the past, Thanos has loyal and skilled allies. Unlike Thor’s sister whose soldiers were pawns. Unlike the villains our heroes faced in the past, Thanos is not human. But, what truly separates Thanos is that while he does believe in accomplishing his goal by any means necessary, you cannot call him heartless. Even as the idea is presented that some of your favorite characters have been given permanent deaths while others might be capable of bringing back thanks to the time stone.

[note]Deaths: Loki and Heimdall are definitely dead. Gamorra more than likely is as well for her death was required for the soul stone.

However, considering the soul stone, reportedly, doesn’t kill you but transport you to a different realm or place, Gamorra could be alive. As could be Black Panther, Spiderman, and the many others who disappear after Thanos gets all the stones.[/note]

Thanos Shows Marvel Is Updating Their Formula To Have Better Villains

With Hela and Killmonger showing Marvel can craft a one entry villain that can leave a lasting impression, it seems they were just warmups for Thanos. For in Thanos we see the heart and polarizing goal Killmonger had, alongside the pragmatic mindset of Hela and the vibe they got a respectable actor vs. someone who could simply fill a role.

Not digging too deep into the spoilers, one of the things which really made Thanos seem separate is because, as noted by Thor and Starlord, crazy family members have become a bit of a thing as of late in the MCU. Yet, Gamora and Thanos’ relationship, which is built up, strangely was kind of sweet and really pushed the idea that Thanos wasn’t mad. It’s just, he saw a problem that no one was willing to pursue the hard decision over and because he sat back and let things happen, that’s why he lost his homeworld. So now, he wants to prevent that from happening again. And, in a way, there seems to be this true indescribable connection he has to Gamora which humanizes Thanos.

One which really pushes the idea, while many of his “children” were raised to be manipulated into loyal soldiers, Gamora was different. With her, there was actually love involved, perhaps a desire to raise a child like a father even. Which comes off a bit twisted, yes, but with how he reacts to Gamora lying and rejecting him, but him still legitimately loving her, it creates one of the most emotional moments of the film. Which is saying something considering the possibility of some characters likely not being seen after this entry.

The Mini-Battle Between Starlord and More

While there aren’t any Civil War level battles amongst our heroes, when Starlord mistakes the alliances of some characters, we get a rather interesting battle scene. One which provides fodder for a “Who would win in a fight between so and so and so and so?”

Knowing There Are Sequels Planned Kills The Tension 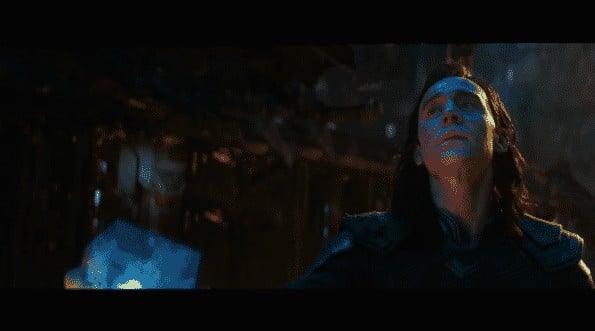 Similar to Civil War, thanks to news reports from those who read the comics, or a few Wikipedia articles, there is this anxiety and excitement over who may die or maybe be killed in place of someone else. Now, unlike in Civil War, characters do die. No one I particularly find essential, in fact the two we see die within the first 15 minutes seem long overdue to be written off. However, when it comes to the rest there is the question of permanence which takes away from the intended effect.

After all, for quite a few who either die or disappear, their franchises have sequels either officially announced or are being talked about. On top of that, there is the time stone which we see revive a character. With that in mind, as much as you can imagine a kid being shocked and afraid about this character or that seemingly gone forever, as an adult, knowing that anyone who died or disappeared always has a door open to return, it ruins things.

To the point it takes away from one of the main selling points of the film. Especially as the ending abruptly comes after at least 6+ main characters disappear who you know – FOR A FACT – are not going to die. Thus making Infinity War, seem like a transition movie or, like most multi-part movies, just the distributor milking the franchise for all it’s worth.

Similar to peer Star Wars, the MCU has hit a point where it feels like it is more about milking the franchise for all it is worth than really pushing things forward. However, the main difference between the two is that the MCU has the ability to both tap into the past while forging ahead into the future and isn’t using nostalgia as a crutch. But, for both franchises, they are reliant on a formula from entry to entry. Something that Marvel is trying to improve on with its villains, but

And while it is clear villain development is getting a stronger focus, everything else just meets expectations. You’ll laugh, tear up a bit, and will anticipate the sequel strongly. But has the MCU, like so many other franchises, become something you watch because you’ve come this far?

That is the driving reason behind the Mixed label. Unlike the last two entries into the MCU, there isn’t any real notable development in the formula to make this one better. Thanos benefits from the MCU having memorable villains, with depth and a complicated thought process, preceding him, but his actions don’t seem that diabolical when you can question the permanence of all of them. Making it where you feel like you’re more so getting your regular dose of MCU, made to set up another sequel or entry, than what should be considered a pinnacle of the larger franchise.