“Charm City Kings,” like so many urban dramas, shows the many rare paths it could take but ends up on the well-trodden road.

Future 8th grade Myron “Mouse” is trying to enjoy his summer and step into the shoes of his deceased brother Stro by getting his own bike and maybe joining a crew like MNC. However, between being young and his mom on his behind, alongside Detective Rivers, he is steered towards his original passion: Animals. At least until Nicki shows up and girls become an option, and OG of the MNC, Blax, decides to take Mouse under his wing.

However, for all the good Detective Rivers, Nicki, and even Blax try to give Mouse, he is still a kid. And with one mistake, which leads to another, and another, and so on, he finds himself on the same path that got his brother kid and Blax in prison. 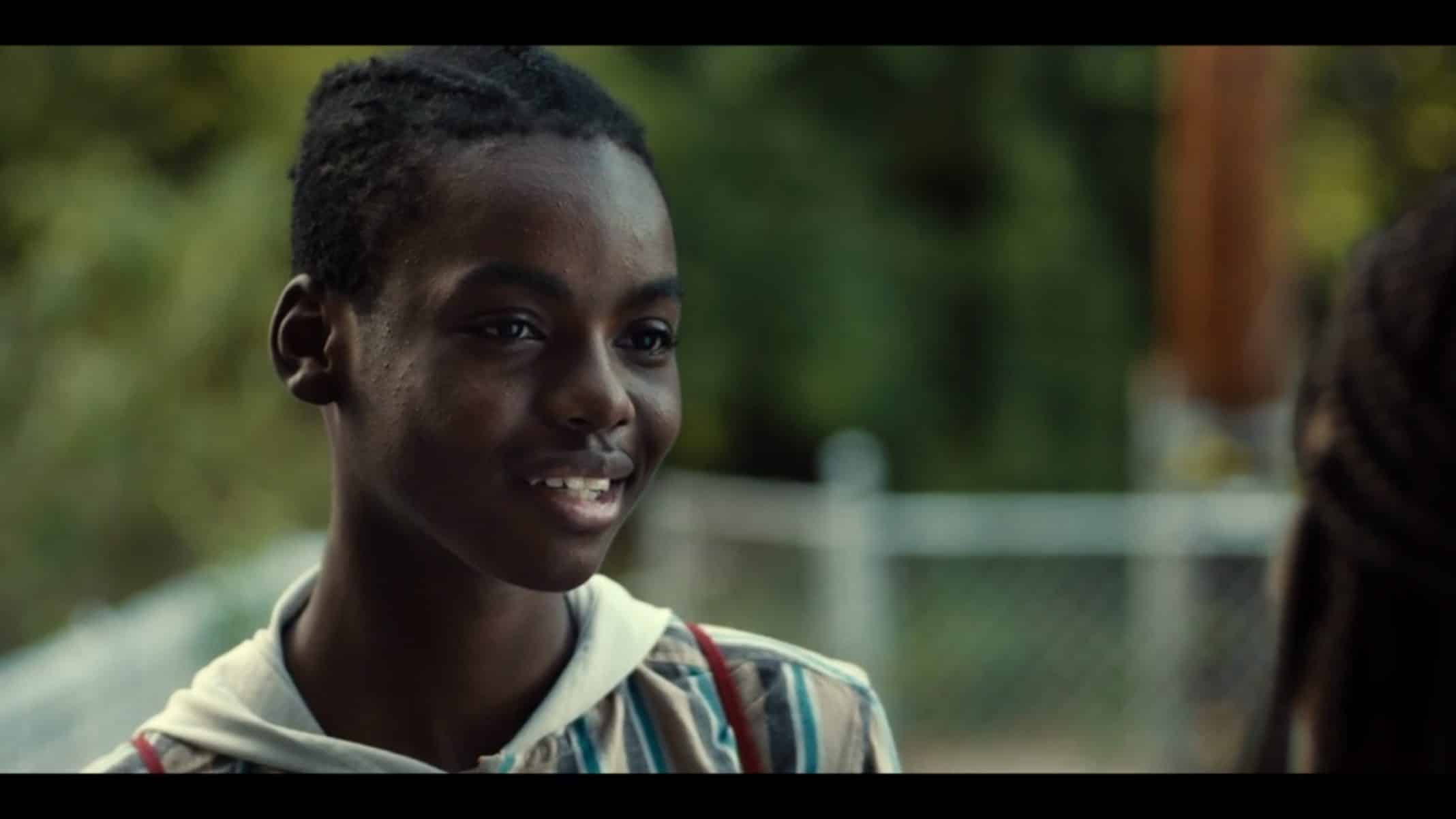 Since Mouse was a kid, he has loved animals. Heck, his nickname comes from saving a Mouse. However, almost equal to his love and interest in animals is that of dirt bikes, primarily due to his older brother Stro. However, Mouse really double downs on this after Stro’s passing as it is his means of staying connected to his brother and Stro’s legacy.

Teri’s oldest boy who, thanks to getting involved with the MNC bike group, lost his life. Originally, Detective Rivers becomes part of Mouse’s life thanks to a program in which the police were supposed to buddy up with a young kid so they wouldn’t be part of the system. Detective Rivers, despite that program eventually losing funding, maintained contact with Mouse and despite him often seeming uncomfortable about revealing Detective Rivers’ role in his life, many times Detective Rivers comes in the clutch.

Nicki, for the summer, has been sent to live with her grandmother, seemingly to keep her out of trouble and because her grandmother has the ability to keep an eye on her. Yet, with often being on the porch, taking pictures, she catches the eyes of local boys, Mouse’s especially. Leading to a summer romance. 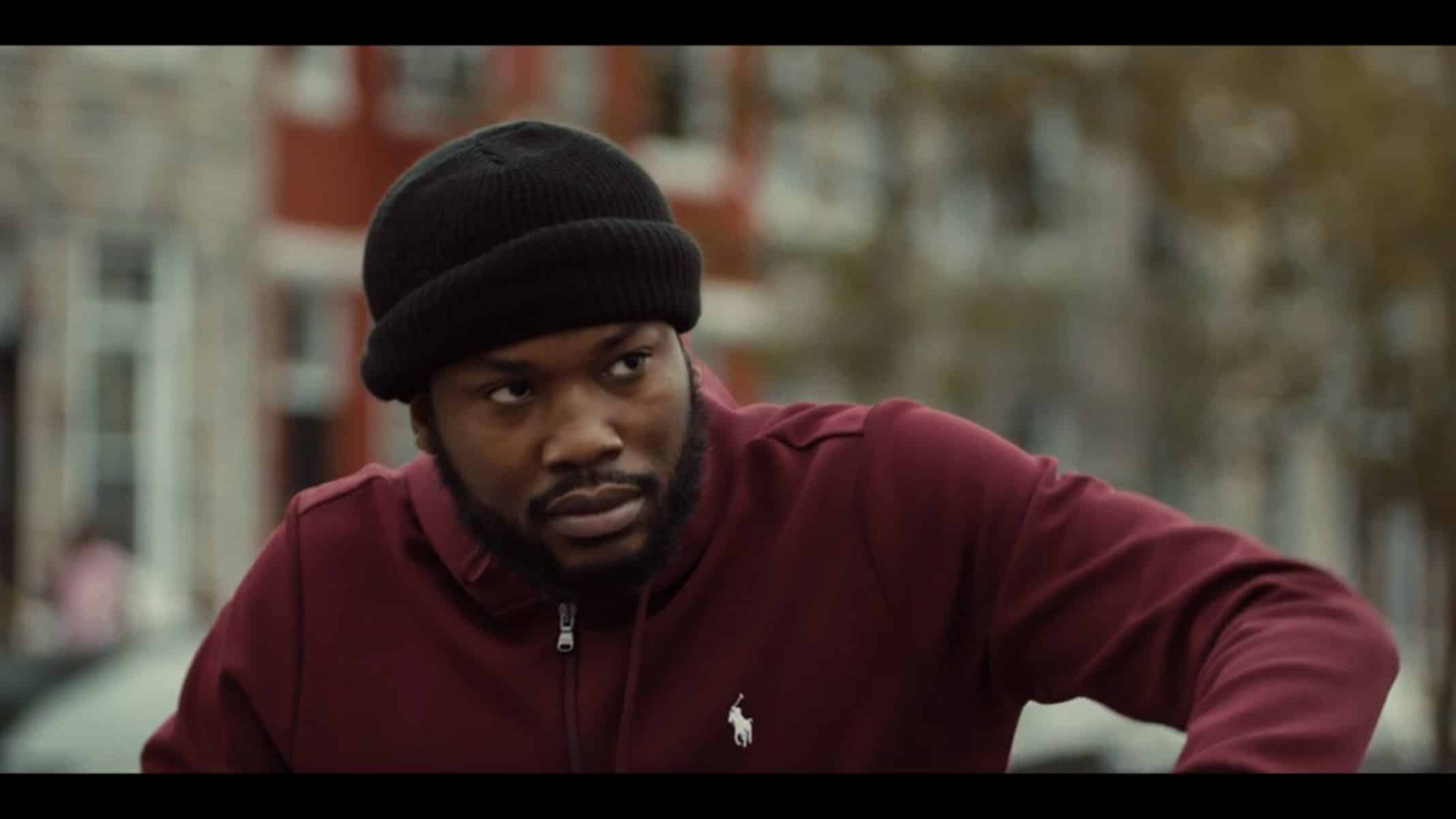 Blax is the former leader of the MNC but now holds an OG role. One that garners him respect but with him largely out of the game, he mostly works on the biker element and has left the drug game alone.

Mouse’s mother who is in the medical field by day, and going to school at night, always with cigarettes on deck.

Teri’s youngest child, who Mouse often pays off so he can sneak off and not watch her as told.

Jamal’s right hand in the MNC.

Mouse’s best friend who barks as much as he bites.

Mouse’s other best friend who often is shown as the uncool one of the group, despite how he tries.

The new leader of the MNC’s, since Blax went to prison, and with the assistance of Queen, has members of the MNC dealing drugs.

You Become Invested In Mouse & His Story

Winston as Mouse is perfect. Similar to peer Alex R. Hibbert on “The Chi,” you get both the vulnerability you don’t always see Black boys have, yet also that training that comes from feeling the need to buck up if necessary. Which makes it so, as you see various people try to mentor him, be it Blax or Detective Rivers, you see the push and pull between a kid who wants to be invested in yet also this burgeoning teenager who has no desire to be babied.

Yet, one of the highlights for us, since love a young adult romance, is what we get to see between Mouse and Ronique, aka Nicki. In fact, a part of us wishes their summer romance was a stronger focus because there is so much untapped potential. Mind you, not just them as a couple, but Nicki on her own.

But that is something you see a lot of in “Charm City Kings” as it becomes clear this movie is about Mouse and everyone else is a supporting character.

An Attempt To Show Baltimore Beyond The Stories Told

Like Chicago, Newark, NJ, and so many other places, while infamous to outsiders, locals know that while you need to be aware of your surroundings, it isn’t always as bad as reported. And in “Charm City Kings,” there is an attempt at showing normalcy and not having major shootings and crimes as a consistent theme. Rather, it shows people trying to raise kids, make it, hang on porches, and chase after girls.

It reminds you of what’s universal, no matter where you live, or what age you are. It’s just, for some, certain elements are more likely and opportunities less available.

The Quality of Female Characters 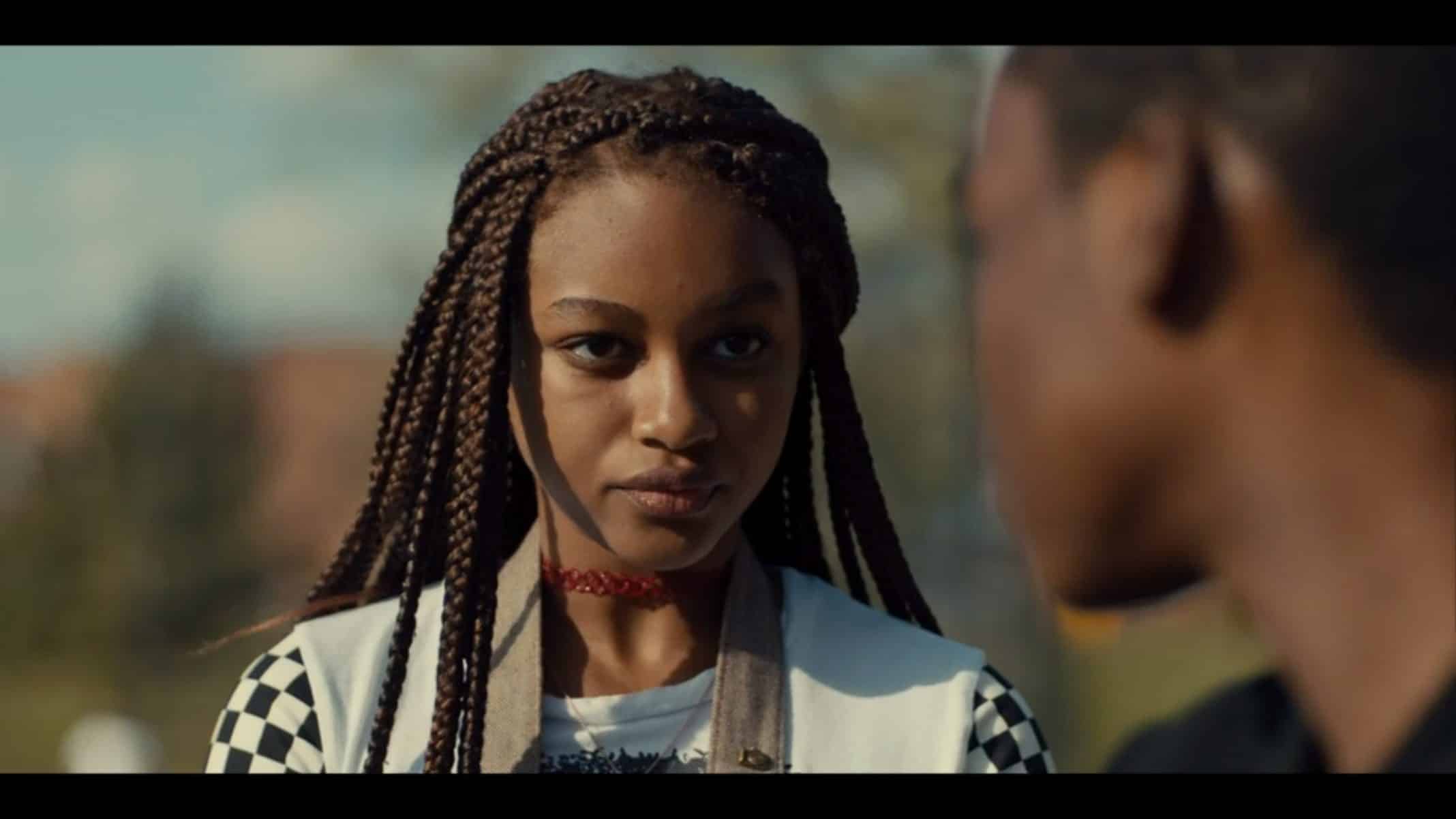 As usual, any drama set in an urban area not explicitly about the women who live there, barely puts any effort into the female characters. Nicki, mentioned above, we know she likes photography, she’d from Oakland, CA and her mother might have been fast, but that’s it. Mouse’s mom Teri, outside of liking to smoke, going to work, and school for a major we don’t know, she is a mystery. And beyond those two? Yeah, you got Mouse’s little sister, but she doesn’t evolve beyond being an annoying little sister. Also, while a member of Blax’s crew, Queen, shows some influence, she doesn’t get to really flex her role in the MNC. Heck, as a lighthearted joke, it is reminded to viewers she is a woman.

It Gets To Be A Little Long

One of the major issues with “Charm City Kings” is that it doesn’t necessarily give you a story that feels unfamiliar. Yes, the biker element isn’t overdone, but as it devolves and has Mouse become an ass, get into the drug game, and his coming of age story being the same one we see so many times with boys his age, it gets dull. Making the film’s 2-hour length seen unnecessary at times as it doesn’t have anything notable to say to justify so much time.

While you always have to appreciate new dramas focused on Black lives, whether in suburban or urban environments, “Charm City Kings” doesn’t push any narrative further. Granted, it representing the biker boys, and that culture, could have been interesting. However, while there is mention of certain features of the bikes, as for why these crew formed, getting to see them as a family, and go beyond the surface? That doesn’t happen.

Rather, “Charm City Kings,” like so many urban dramas, may have the potential to be more than a superficial depiction of being raised in an urban area but it sidesteps all clear opportunities for the tried and true story. One that has grown so tired that it makes you wonder who thought we needed two hours of this? 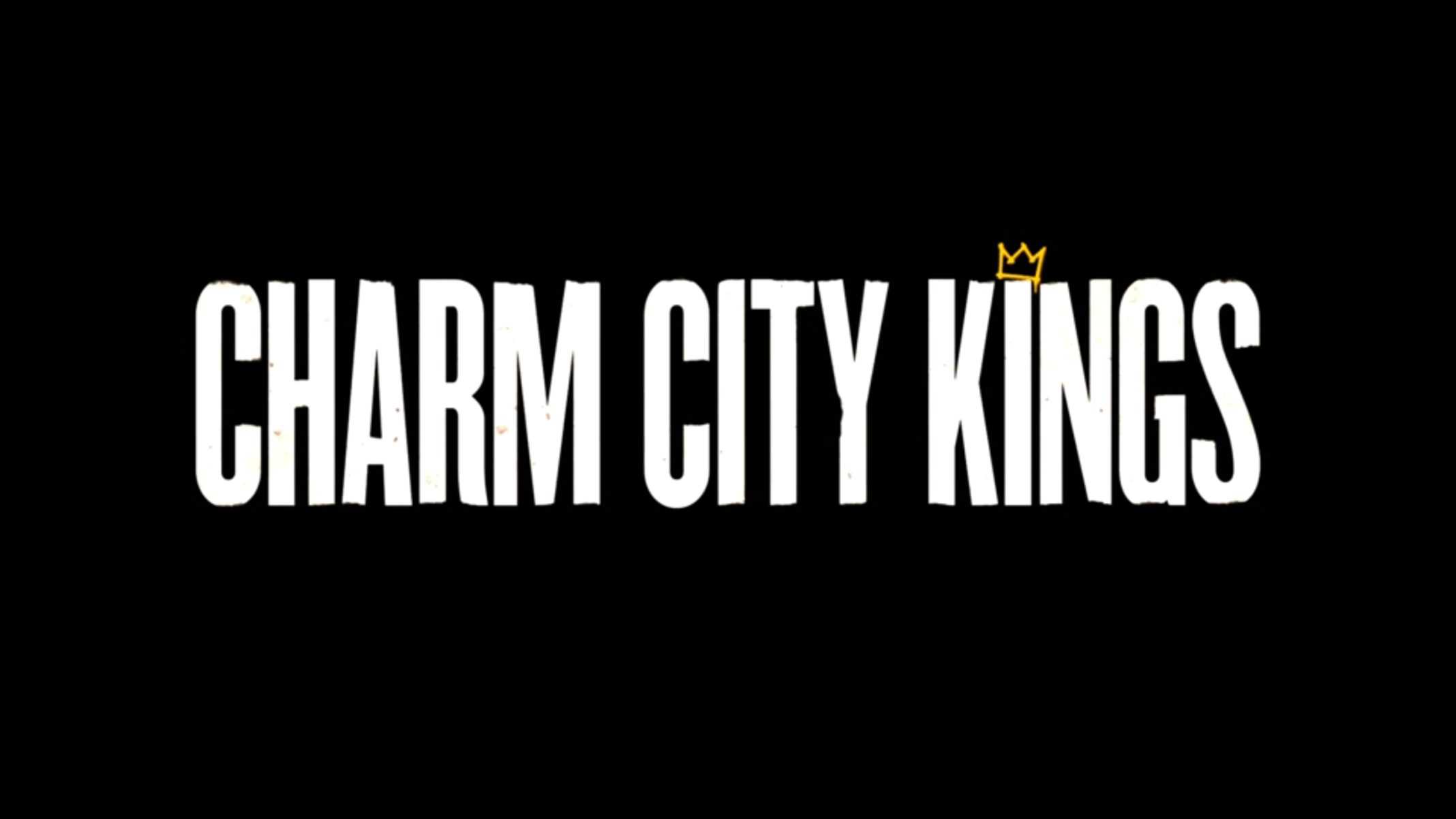 How Does Charm City Kings End?

The turning point in the film comes from Mouse working under Blax, trying to earn his bike, at the sacrifice of the internship, paid at that, Detective Rivers set up for him at a local animal hospital. Originally, Mouse and his friends Lamont and Sweartagawd were supposed to do that together but his friends weren’t committed so they fell off.

But while not down to work in hopes of getting a bike, after Mouse has a bike stolen he was supposed to deliver for Blax, Lamont beats the hell out of the thief and draws the attention of Jamal, a member of the MNC who deals drugs. This leads to a lot of issues, which leads to Detective Rivers, as usual, trying to step in. But, with his pride hit, Mouse decides he doesn’t need anyone and is tired of struggling to get what he wants, including money.

Thus he ends up, with Lamont and Sweartagawd doing runs for Jamal to make money, and eventually the boys thinking they should escalate things and rob a corner store. In doing so, Sweartagawd is shot by the owner’s wife and kid, Lamont gets away, and Blax ends up sacrificing himself so Mouse can have a second chance. After all, Stro, Mouse’s older brother, died because he did a run for Blax. So, Detective Rivers has Blax arrested and makes sure Mouse is off the hook for the burglary.

This leads to the end of the film, which has a flashforward showing Lamont is still hanging with Jamal, seemingly doing well, and Mouse is back to his veterinarian studies. As for everyone else? Well, despite dissing her, hard, Mouse does text Nicki and she responds. Pushing the idea, when she returns for the summer, they could reconnect.

With the loss of Sweartagawd meant a change in Lamont and Mouse’s lives, and between exploring the year we jump through or their paths continuing to diverge, there is a lot to explore. Add in Nicki, Teri, and so many other women who we barely got to know, Mouse’s little sister Shay too, there is a story there but it seems more geared towards a series than a movie.