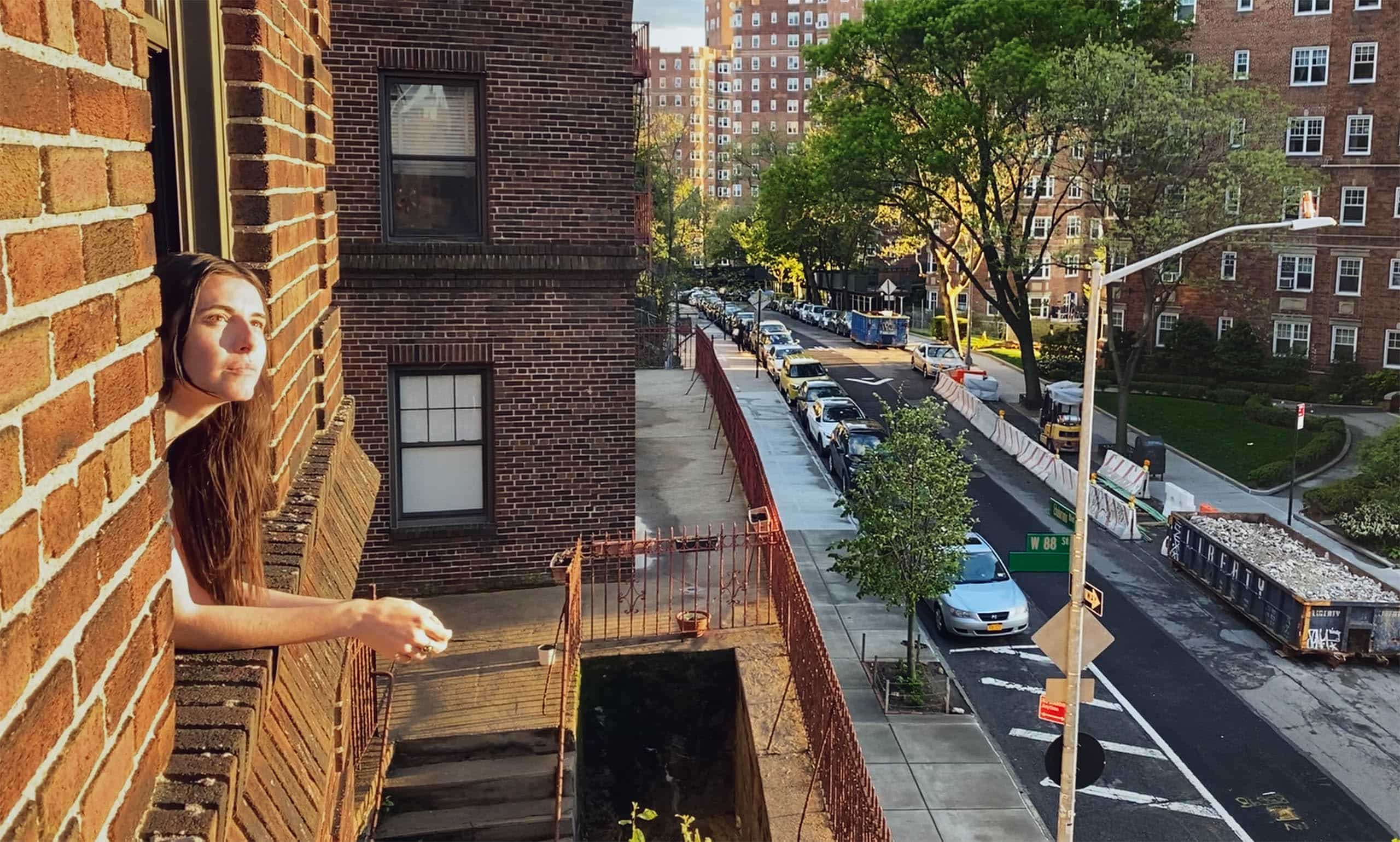 Marianne Rendón appears in These Days by Adam Brooks, an official selection of the Indie Series Program at the 2021 Sundance Film Festival. Courtesy of Sundance Institute.

It’s April 2020, and all the things one could do to distract oneself while at home have dissipated, and all that’s left is loneliness. Enter Mae, who has decided to take up virtual dating.

It’s April 2020, and Mae is now out of work and missing someone named Sam, and wants someone to talk to beyond her friend Shelby. So, she tries virtual dating, and while the first one doesn’t go well, the second one, with Will? Oh, it is everything she could want and more. He is a journalist, Mae a dancer, and there is a certain appreciation for what the other person does.

However, what complicates everything is Will is virtually dating for an article and potentially catching feelings. Leaving you to wonder, when Mae finds out Will was using her, originally, for research, how will she react?

While New York is heralded as the busiest and wonderful place, always with something to do, it can also be the loneliest places as well. For just as great as it can be to feel one with a crowd, it is easy to feel like a ghost in the crowd as well. And through Mae’s isolation and loneliness, in which she pretty much only sees people from her window, you’re reminded how much being cut off is maddening to you.

Also, take note, Mae is a dancer, and she also is a temp. This means she is exposed to people, changing her environment regularly. Having that routine for who knows how long, just get cut off, pushes you to understand why virtual dating becomes an option for someone who seemed to do well with the old fashion way.

The Conflict of Will Doing Virtual Dating For A Story, Yet Being Attracted To Mae

William Jackson Harper, of The Good Place fame, has this adorable shame to him. In the moment, his smile seems genuine, when Will is talking to Mae, and then when you learn the truth, it’s crushing. Because there is a connection that pushes that Mae didn’t craft something out of desperation but found something real. So with you now knowing Will may like her, may play along for the sake of delivering a big article, it makes you feel torn. Because you don’t want to see Mae hurt yet are unsure if Will would intentionally do so, never mind not prepare Mae rather than hope she doesn’t discover the truth.

Mrs. Atkins And Wanting More For Her Son

Mrs. Atkins tickled me. Mainly due to her being just as passionate about Will, as she was an individual beyond whatever her son did. She questioned why Will wasn’t given less fluff pieces, like how the Black community was dying during the pandemic, which woke us up a bit.

Why? Well, because it pushed the idea that, as we’ve said multiple times since the Sundance Film Festival started this year, that Will could be expected to bring his culture and his people to the conversation. We weren’t just going to get this friendly, borderline generic, guy, but someone who is a Black man, aware of what is happening to his people, and when you think this begins in April, which means the Black Lives Matter protests are around the corner? Oh, what could just be a run of the mill love story evolves into being so much more.

That is if this ends up on a network or service.

Janet, And The Boss Who Has To Deal With Still Expecting To Deliver During a Pandemic

We appreciate that Janet isn’t made to be a villain just because she is pushing Will. After all, like him, she is expected to deliver results, and there is real faith there that Will can do so. Yet, you see, as much as she is a pseudo-mentor, she isn’t buddy-buddy, and we absolutely LOVE that.

Mind you, it does come with Will saying he is intimidated by her, jokingly, but with her noting that as a consistent problem, it draws you in. What is Janet’s life as an editor? When it comes to being in quarantine, is she doing it alone? Could she be virtual dating like Mae? And that, along with so many thoughts, pushes you to wonder about her on equal footing as Mae and Will.

I don’t know where this show may end up. Honestly, it seems perfect for FreeForm, but I will tell you this, we will be watching wherever this lands. We just hope that this doesn’t end up disappearing and ending up one of those shows where, if you didn’t get to see it a festival, then you just never will.

Janet, And The Boss Who Has To Deal With Still Expecting To Deliver During a Pandemic - 82%

The Conflict of Will Doing Virtual Dating For A Story, Yet Being Attracted To Mae - 84%

I don't know where this show may end up. Honestly, it seems perfect for FreeForm, but I will tell you this, we will be watching wherever this lands.