Despite chess’ lack of pizzazz, compared to athletic activities, “The Queen’s Gambit,” through one chess player, uses both the game and a dash of sensationalism to grab hold of you.

After initially introducing us to Elizabeth Harmon in 1967, then a young woman renowned enough for press to cover her games, we head back further into the past. Specifically, when she was 9 years old and her mother, Alice Harmon, had only recently died. Thus leading her to go to an orphanage, Methuen, ran by one Ms. Deardroff. A very old fashioned woman raising 21 girls in a bygone era style that pushed domestication, chastity, and drugs, like tranquilizers, to keep them at bay.

However, the introduction of the janitor, Mr. Shaibel, changes Elizabeth’s life for he stimulates her mind by playing chess with her. Mind you, at first, he doesn’t do so willingly. He sees it seemingly as a man’s game, but with being impressed by her learning the rules solely from observation, Mr. Shaibel allows her to play with him. This becomes quite a treat for him because she is good. But what he doesn’t know is that she sees part of her talent as a side effect of taking the tranquilizers every girl is given – which produces savant-like results.

And as her skills increase so does the correlation between the drugs and her talent. Making it so, as she gains the attention of a local high school chess club advisor, Mr. Ganz, and beats all 12 members, who she plays simultaneously, her addiction reaches a crescendo. In fact, with the state stopping Ms. Deardroff from allowing her staff to distribute the pills the girls use to get high, Elizabeth breaks into the room where the pills are held to get her fix. Leading to the ending of the episode, which shows her overdosing.

After grief brings you low, prayer and faith brings you high. High enough to see a new path for yourself.
— Ms. Deardroff

It Fully Respects The Childhood & Allows A Coherent Performance

One of the things you see done in a lot of films, like Renee Zellweger’s “Judy,” is feature a younger version of the character in an effort to understand how we got to the situation we’re in. However, for every “Philomena” or even “The Wife,” you get many which chop up the young actor’s performance. Thus making it so while they have a place, they don’t get to shine like their older counterpart.

That isn’t the case with “The Queen’s Gambit,” as Isla Johnston is allowed nearly the entire episode to exhibit her talent. Which goes into how Beth got addicted to pills and why, how she learned chess, and one of the things we appreciate is Beth isn’t made to be a crying and screaming child. Yes, her mom died horrifically, likely by suicide, but there is a certain level of control and circumventing of the norm you have to appreciate. Especially as she works with Mr. Shaibel who clearly has no desire to interact with her.

It is in their relationship, complicated as it sometimes seems, where you can see her come alive again. Heck, even her calling him a “c***s****r” was such a snap that it might have shocked you as much as Mr. Shaibel. Yet, that is what we mean and why we praise Johnston’s control. In that moment, you can see her finding joy, purpose, or something stimulating after possibly numbing herself to the world, and that one pop puts you on notice that there is a fire within this girl.

And then when you see her, after beating the students of Mr. Ganz’s club, just chilling, eating chocolates, it really gives you a 360 view of who Beth is at her worst, when denied, when challenged, and when she is – somewhere between happy, fulfilled, or her mind when at its most comfortable. Which, dare I say, sets a precedent for Taylor-Joy at the level of Kyla Pratt in “Love & Basketball” or “The Wood.”

The Way It Enlivens Chess 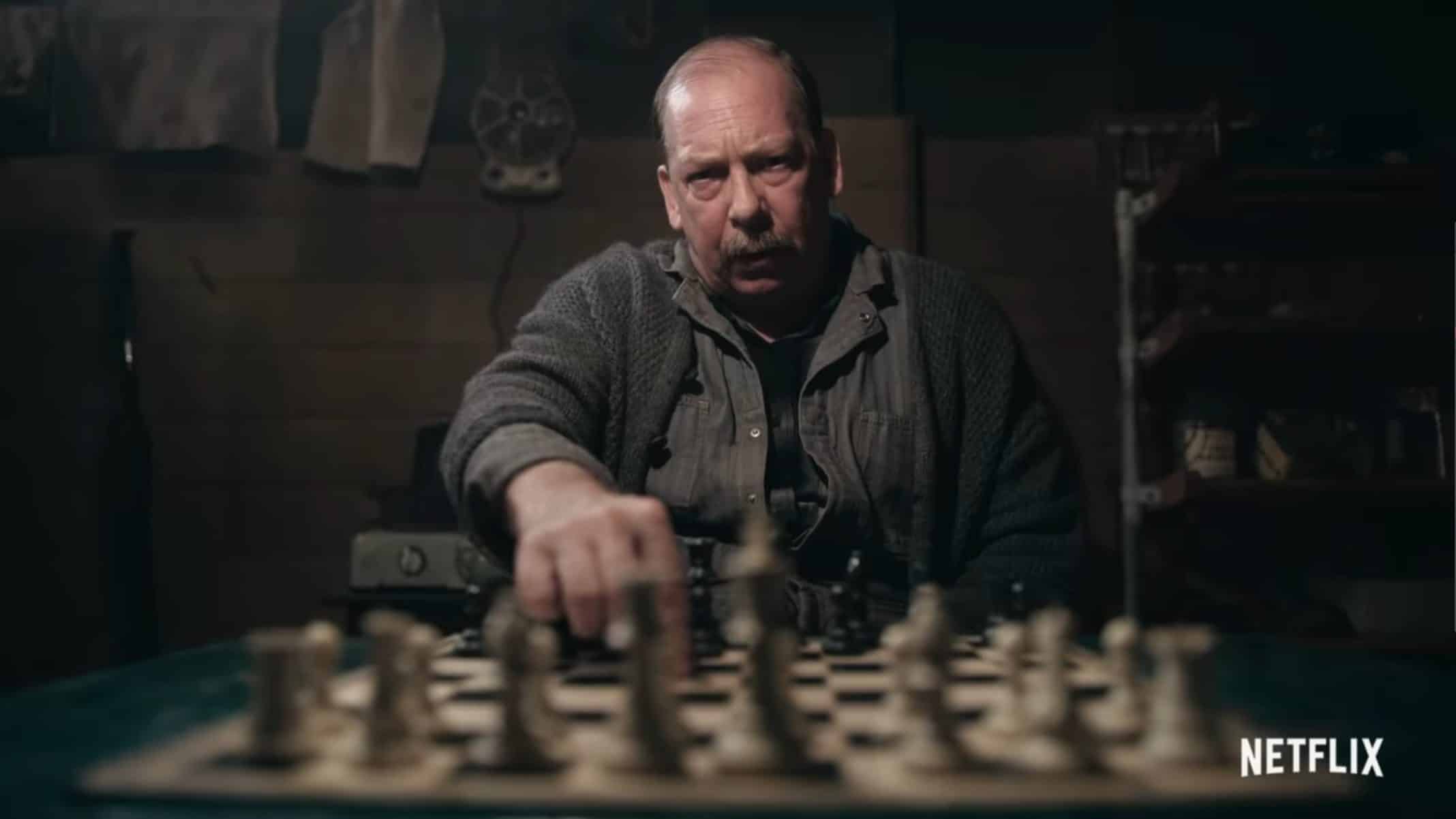 Similar to how “Columbus” speaks about architecture, chess’s intricacies may not be a common interest. Yet, to watch someone make it into a science, a flow between two people which a definitive end, and add in a little girl whooping the ass of so many smug men, it’s hard to not get into it.

Who would ever think watching a show about a girl who is a chess savant could be so compelling? Mind you, does the drug and eventual alcohol addiction play a role? Yes. However, even beyond that, Johnston sets a tone that makes this definitely a show to watch, and her a child actor who surely isn’t one to underestimate.

It Fully Respects The Childhood & Allows A Coherent Performance - 91%

Johnston sets a tone that makes this definitely a show to watch, and her a child actor who surely isn't one to underestimate.

Thanks you so much for giving Isla Johnston her due. I might have added more, but I am not a critic. It is because of Isla’s performance I became almost instantly addicted to “The Queen’ Gambit.” Her body language and way of speaking with its older kid’s voice similar to Anya’s “smokers voice.” Her serious face for the times she is on screen, except for a few times when there is barely a hint of a smile. Like you said, “…there is fire within this girl.”

I have a 3 inch three-ring binder full of pieces about “The Queens Gambit.” If Isla is even mentioned at all, it is in parenthesis or a statement like “…played by Isla Johnson.” Until today in your piece, I have never seen a comment how great her performance was. I think it is a disservice to her.

I did hear a positive comment about her performance in the 97th Street Y discussion on November 4, 2020 and it was by Moses Ingram.

Another site said “starring”, and then listed the main adult ones. Why couldn’t it list Isla here? Or can’t kids be stars in their own right like others were in the past?

Thanks again for giving Isla the praise Isla deserves.