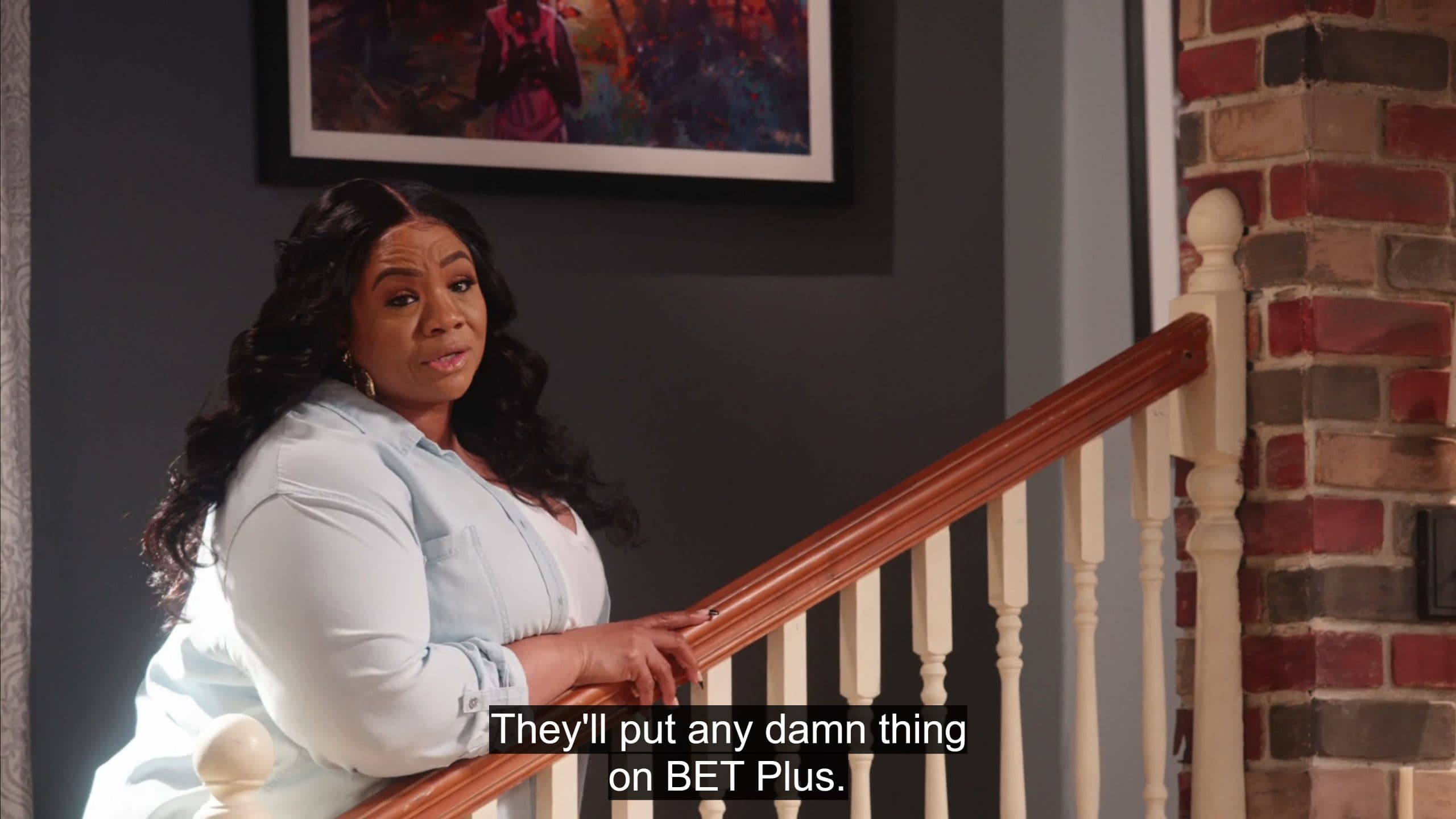 In the second season of “The Ms. Pat Show,” you get what is expected, mostly in good ways, but like its first season, it doesn’t necessarily end on a high note.

For a good part of season 2, the focus is on the relationship between Ms. Pat, Denise, and Terry, with their parents. Pat and Denise had very different childhoods, and while they shared the trauma of one man molesting them, everything else was different. Denise was raised as the golden child, and Pat was raised to be the one Mildred, their mother, never liked. Because of that, it has created some animosity between Pat and her sister that Aunt Gwen tries to resolve, as well as Judge Miss Sophia, when the two go on a court show.

But it isn’t just Pat and Denise who got issues. Terry’s mom, Jewel, comes to town and is back with his father, Major Carson, who wasn’t an active part of Terry’s life. This makes him quite upset that he is around, and while Terry usually tries to keep the peace, he decides to poke the bear when it comes to his father.

As for the kids? Ashley is fully in love with her girlfriend Tanika, to the point you can imagine wedding bells, but Pat is still being ignorant about what she can or shouldn’t say is pressing Ashley’s nerves. As for Junebug? He gets the opportunity to maybe lose his virginity – to a 29-year-old woman. Based on how Brandon talks, this is normal for their family, but Janelle finds that to be anything but normal – so she pushes both to question the situation. Oh, and Janelle? Her friends don’t come around, but thanks to Pat, she may have a potential boyfriend name Treyq’uan.

Which leaves Pat’s career. It’s still something in progress, and while she does work to impress an agent named Andie Stein, she finds herself having to be more mindful of her content. Specifically, her attempt to make a molestation joke funny, especially considering how vulgar it is and how it triggers Denise.

Church is not a destination. It’s a street to where you need to get to.
— Ms. Pat

In the early part of the season, you’ll find yourself laughing to the point you have to sit up straight. The lines Pat and Denise trade-off will make it so that if you lay down, you will find your chest jumping as if you were hit with a defibrillator. Especially if the only Ms. Pat content you consume is the show, which will make it so, like last season, you won’t have a tolerance for what she and Denise say until the latter part of the season.

It Gets Deep Throughout The Whole Season

While “The Ms. Pat Show” has comedic situations, like when Denise has Pat go to a television court show, a good portion of the season is dedicated to the idea of why the family laughs to keep from crying or tries to maintain how they think because of the damage of knowing the truth. We see this in Denise’s storyline as she continues to try to reconcile being raised as the golden child, the one who should have a life like Ms. Pat, yet instead is struggling in life, her relationship, and having something to call her own.

Then with Ms. Pat, her childhood trauma gets triggered by Terry regarding her hair, and when the topic of abortion comes up, it causes quite a huge blow-up between the two. And, of course, the kids have their own issues as well. Brandon has to reckon if he is a victim of molestation due to an older woman being paid to have sex with him. But, Ashley, Janelle, and Junebug have a rather light season. Especially compared to season 1.

Then comes Terry. Generally, Terry tries to be the voice of reason, as shown by him trying to often give Denise grace. But sometimes, he doesn’t fit that role. When Major Carson, his father, comes around, there are deep-rooted issues, and when he learns of a family secret, we see him show a different side of himself. One that shuts down but, with him seeing a therapist, not to the same degree we saw last season.

Also, the topic of abortion becomes quite heated in the household. Especially since not everyone agrees on whether abortion, in general, is a good thing, never mind if a man shouldn’t have a say in the matter. Thus stirring up a rather controversial moment.

The Kids’ Issues Aren’t Taken As Seriously As The Adults

While the show gets deep regarding Denise’s issues and her trying to deal with her guilt, trauma, and disappointment, as it also does for Pat and Terry, the kids? Not so much. Brandon having to reconcile with his first experience being inappropriate isn’t given a multi-episode arc. Ashley’s storyline dealing with her mother’s ignorance is continued from season 1 and is lighter, and doesn’t hit hard. Then with Janelle? She is basically the same character as season 1 without much going on.

Yes, she does get a guy who can eventually become her boyfriend, but he appears for one episode, and they don’t explore the potential of that relationship too deeply. We don’t see Janelle having a battle of wits with someone she likes and trying to reconcile his flaws with her politics. She doesn’t have situations where she has to think about sex and not wanting to repeat her mother’s mistakes or anything which could really challenge the character emotionally or her beliefs.

Heck, even when there is a racial profiling episode in which Terry is assumed to be a neighborhood robber, and Pat calls for the robber to have grace, Janelle doesn’t add anything to the mix. More often than not, she is just a reminder that the people behind “The Ms. Pat Show” know what Ms. Pat says is uncouth and just want to make it clear it is a character talking.

Like In Season 1, There Comes A Point You Get Too Adjusted To The Humor

One of the issues some may have with “The Ms. Pat Show” is that its humor, spread across ten episodes, is flat by episode 10. You get used to kids being cursed out, mispronounced words, Archie Bunker-type ignorance, and the outrageousness of it all. Especially when you binge the show.

For what “The Ms. Path Show” isn’t is the kind of program with 5 or so hours of top-quality material. It’s all frontloaded with the stuff on the back end good enough for television but not good enough for a show that has its entire season dropped at once.

The Ms. Pat Show: Season 2 – Recap/ Review (with Spoilers)
Overall
The second season of “The Ms. Pat Show” delivers what was expected. It started off hilarious, dove into the uncomfortable topics the comedy is based on, and like most stand-up comedy, the finish isn’t strong.
Highlights
Funny As Ever
It Gets Deep Throughout The Whole Season
Disputable
The Kids’ Issues Aren’t Taken As Seriously As The Adults
Like In Season 1, There Comes A Point You Get Too Adjusted To The Humor
81
Follow Wherever I Look on Twitter and Instagram, Like us on Facebook, and Subscribe to the YouTube Channel.