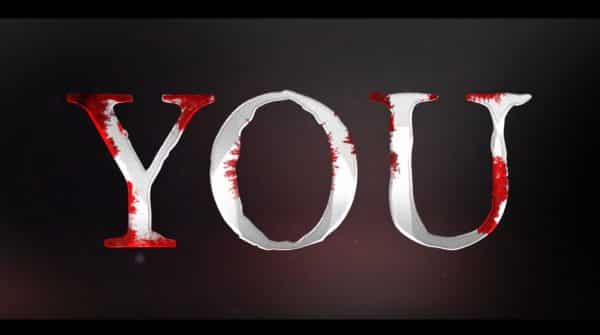 The second season of “You” feels a bit formulaic, but Penn Badgley makes up for it by continuing to make you wonder how far Joe can go before he’s unforgivable?

Joe moves to Los Angeles to escape all that he did in New York City, and with the discovery of a woman named Love, he thinks he can start over. However, thanks to Candace and repeating the same old mistakes, Joe is forced to reckon with what he truly is and what he is capable of. As well as how much both his gentle and violent side come from his genetics and his upbringing.

Amazingly, Badgley and the writers continue to find ways to make Joe, who is a serial killer at this point, still someone you think can be redeemed. Mind you, unlike the first season, between Candace and the ghost of Beck, we’re reminded, consistently, Joe is not a good person. Add in him imprisoning Will solely to steal his identity, not because he was any real kind of threat, and it shows you there are levels to Joe’s crazy.

Yet, between scenes with Ellie, seeing him trying to avoid Love due to how she could affect him and seeing his childhood, there is a continual desire to want him to be better. Especially since you know all prison would do is make Joe worse.

While the show, multiple times, recognizes white male privilege, it doesn’t create the vibe of giving characters like Love, Ellie, and Delilah space to talk and be themselves as charity. It presents them as potentially real people. Delilah is someone who is a bit of an around the way girl who is trying to be a good big sister, but past trauma has her messed up in the head a little bit. Ellie is a little hustler, this season’s Paco, who wants to be a filmmaker and actually knows her stuff. Maybe not to the point of being a prodigy, but definitely we are told and see that Ellie has vision.

This to me elevates “You” for it makes it so the women aren’t just potential targets or used to make Joe seem human again, after doing something inhumane. We’re reminded how, to any woman, whether rich like Love or Peach, to those like Ellie and Delilah, they can come across a man like Joe and have their life utterly changed for better or worse. Even if, like Delilah, they can sense something is off yet, due to kindness, or persistence, give undeserved chances.

What It Sets Up For Season 3

One thing which is becoming clear from season to season is Badgley works well with young actors. I can’t say why, but there is something about him working with a young person which doesn’t just make Joe seem like a better person but brings a certain warmth and paternal nature out of Badgley. Making the fact Joe is about to be a daddy the best thing that could happen.

Though, it does make you wonder, will they show him as a brand new father to a baby or time jump so his kid is a toddler, Paco’s age, or even jump as far as showing them as Ellie’s age? For with Joe and Love moving to the suburbs, and him setting his eyes on their neighbor, he’ll need his child, or another, to remind us of his humanity as with past seasons. Because now we may have to add adultery to Joe’s sins.

New York May Haunt Joe, But Only Candace Holds Him Accountable – 65

You’d think between Dr. Nicky or the PI who was handling Peach’s murder that Joe would have a lot to worry about. However, all he has to worry about is Candace, who is a bit of a letdown. For one, it is pushed that, due to her being Joe’s ex, no one would believe her and when you add in her record, it makes it so, even with learning Joe buried her alive, and she went to the cops, we’re told nothing could seriously come of it.

Which, in a way, is a wonderful highlight of how terrible the justice system is when it comes to domestic violence. Yet, with constant reminders that Candace couldn’t hurt Joe nor strum up any allies, like Dr. Nicky, it made Joe seem beyond lucky and more so invincible.

When it comes to Joe, he makes a lot of mistakes. The kind you and I might make. Yet, Joe is also a serial killer who loves putting people in cages and often contemplates how to kill someone and get rid of the body. Which he usually does, like one mobster he basically turns into sausage, and there aren’t any real repercussions. Granted, he sometimes gets a bout of anxiety or remorse, if not someone sniffing around, but as for anything beyond a slap on the wrist? No.

Now, realistically, Joe going to jail wouldn’t be good for the series, and you could easily imagine it ending up in a loop of Joe moving, trying to be good, then giving in to temptation. However, I do believe the only way this show could truly end is with Joe being murdered or going to jail for life. Otherwise, while the players may change, we’ll get the same story over and over.

Your Investment In Those Who Die – 66

One of the significant issues with binge-watching is that it makes everything feel watered down to the point that unless the moment utterly changes the series, you can easily shake it off. So when it comes to the people who die, it doesn’t feel like a big deal in season 2 since we know Joe is capable of murder. Making the death of Henderson and others not something you’ll care about for it isn’t like a foundation was laid for them to be long term anyway.

Heck, even the death of Delilah didn’t seem like a big thing for with mention of Karen, Joe’s short term girlfriend in season 1, it appeared Delilah would come and go as she did. Making the reveal of how Delilah died a momentary shock, but something that becomes as much of a hunch as a lot of what happens.

While it was nice to get some backstory, I felt underwhelmed by Joe’s parents. But, in general, most of the backstories felt more so obligational than meant to truly develop any character. Take meeting Love’s ex-husband. While he gave us this idea Love wanted kids, a family, and for someone not to be ashamed of her money or brother’s attachment, it didn’t enhance her showing her ex.

The same goes for learning why Ellie ran away from her mom. Delilah said she was mean, Delilah and Ellie’s dad died, which made things worse, and while this opens things up for Ellie to have an emotional scene with Joe, the information is delivered more so to set up the scene noted than to be valuable on its own. Heck, even knowing how Candace nearly ended up dead felt good to know but didn’t have the oomph it should have had – beyond a nod to how little protection domestic violence survivors have access to.

With Lifetime allowing Netflix to pick up “You” came the same expectations from Fox handing over “Lucifer.” That is, things becoming a bit more sexual and violent. However, beyond that, things mostly stayed the same. Joe tried to be good and control his insecurities, but fails. Then, as you realize the show has a formula it wants to adhere to, things begin going a bit downhill and while a last-minute pop helped set an upward tone for the future, it’s hard to say if looks will end up deceiving.

While Badgley finds ways, thanks to the writing and co-stars like Ortega, various means to have viewers maintain their faith in Joe, season 2 of “You” felt like more of the same but with different characters. We got Joe paired with two Latinx people, who are the only consistent people of color with speaking roles. Joe kills multiple people and somehow avoids being arrested despite the cameras around and sometimes doing sloppy work. Then, when it comes to his love interest, he follows the trajectory of most romance films in terms of infatuation, getting to know them, the major screw up, a sad period that leads to a rebound, and then a grand gesture brings them back together.

So one can only hope, with season 3 presenting us with a child, “You” doesn’t become formulaic or a constant remix of what was already seen.

New York May Haunt Joe, But Only Candace Holds Him Accountable - 65%

Your Investment In Those Who Die - 66%