From a mini-series about Madam C.J. Walker to Tyler Perry and Willem Dafoe’s latest films, this is The Weekend Rundown.

SELF MADE: Inspired by the Life of Madam C.J. Walker – First Look & Impression

Academy Award® winner Octavia Spencer stars as Madam C.J. Walker, the trailblazing African American haircare entrepreneur who was America’s first female self-made millionaire. Inspired by the book, On Her Own Ground: The Life and Times of Madam C. J. Walker, written by Walker’s great-great-granddaughter A’Lelia Bundles, the Netflix original series, SELF MADE: INSPIRED BY THE LIFE OF MADAM C.J. WALKER brings the uplifting story of this cultural icon to the screen for the first time.

To be Black and aware of your history means knowing about Madam C.J. Walker and how she made her fortune on hair. Now, when it comes to this mini-series, what creates great interest is not only Spencer as the icon but also those surrounding her. Tiffany Haddish being one of them and then the image above featuring what looks almost like a song and dance sequence.

Which, to us, would be an interesting choice, but considering all we’ve (meaning I) ever known is Madam C.J. Walker was rich and self-made, nothing beyond that, this surely will be interesting. Plus, with it noting this is inspired by, not based on, or the words which usually imply it is going to be close to the source material, that does draw up an eyebrow.

Also, on a side note, I hope this is the last production we hear Octavia Spencer had a co-worker negotiate a better salary than her agent. All things considered, is anyone else surprised that Tyler Perry doesn’t have one of those multi-hundred dollar million-dollar deals with Netflix? I understand he has an agreement with Viacom/ BET, after his contract with OWN expired, but considering Netflix’s budget, how Tyler Perry budgets his films and shows, the man could possibly release something for them every quarter. All of which, with his studio in Atlanta, would be cheap for him and a consistent flow of content for Netflix.

But, that thought aside, I’m not going to pretend this looks like the latest and greatest from Tyler Perry. I will say, however, there are always mixed emotions as you watch the down beaten Black women storylines with the women cast to play those women. For as Taraji P. Henson mentioned in her book, Perry will pay you your worth and help you up your quote. So for Fox, this is an ace collaboration.

However, there is a need to wonder if Perry’s soap opera drama formula will be stepped up with this being on a new platform for him, or will he bring what is expected? 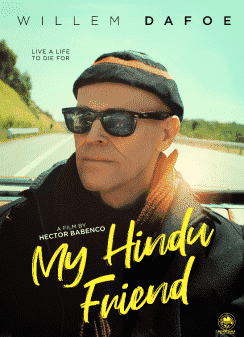 Hector Babenco’s final film, before his death in 2016. This film recounts his experiences in his last year of life. Diego is a film director very close to death, surrounded by people young and old, acquaintances and family, who are having trouble dealing with his current tempestuous mood, as he relearns how to live.

A biopic that’s part romance and drama, that is about an actual person’s final months of life. The film is artfully crafted to seemingly not drown the viewer in knowing a man died but displaying his fight to live. I’m talking beyond cancer but to fight for his love, his work, and to maintain more than a sense of dignity but purpose.

Which is all to say I expect to cry while watching this.