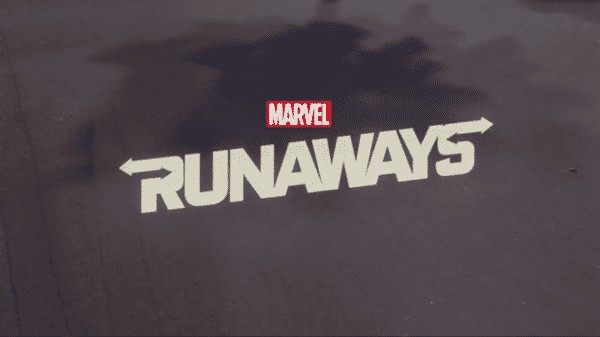 Marvel’s Runaways seems like a FreeForm show that got dropped but being that it is a Marvel product, Disney decided to slap it onto Hulu just to see what would happen.

After the death of Amy, Alex, Karolina, Chase, Gert, Molly and Amy’s little sister Nico sort of went their separate ways. Though not portrayed as the knot keeping them together, how everyone deals with her death leads them to become various kinds of tropes. Nico becomes this dress in Black gothic chick, Chase into a jock, Gert into the annoying kind of SJW, Molly into this adorable goofball no one takes seriously, Karolina into this pure blonde who represents some weird ideal, and Alex into this lonely nerd. Yet, with them coming together, thanks to Alex in a way, they end up stumbling onto the fact their parents are in a cult. The official name for it is PRIDE and it seemingly is all about philanthropy. The truth is though, it is just a ruse. The founder of PRIDE, Jonah, who through blackmail and giving each parent the career and life they have, he uses them in order to try to harness some rock or energy buried deep beneath the Earth’s surface. Something which could cause nearly apocalyptic ruin to all these kids hold dear.

Perhaps one of the big selling points early on is Tina. Brittany Ishibashi brings some form of legitimacy to what starts off as a really corny show. One which seems like what you saw on FreeForm before The Fosters and Switched at Birth premiered and the network started to gain notoriety. That is, rather than be the cable version of the CW. And the way Ishibashi does this is basically making the most of the little she is given. Primarily through bringing some sense of emotion to the show. For whether it is her rocky relationship with her husband Robert or desperately trying to connect with her daughter Nico, despite being touted as a villain, you can see the possibility of that all being a misunderstanding. This idea that she made sacrifices so that the life she grew up with, which seems far from the one Nico and Amy got to experience, would be but a story told and never a reality lived.

In all fairness, the only reason Geoffrey and Catherine are a highlight is because we got full on flashbacks with them. I’m talking about, including people we only saw one episode. Though, what also pushes their characters to the forefront is not only do we see how they met Jonah and how they came up through him, but also Darius connecting Geoffrey to his past life. With that, these two get to be developed in a way no other character does. We don’t get to see Tina before being the top at Wizard Tech, we only get to see Janet as the role of a wife, mother, or mistress, and Frank, while he had a life before Leslie, he really doesn’t have much of one on the show until the latter half.

But, with these two being the parents of the lead, what do you expect? 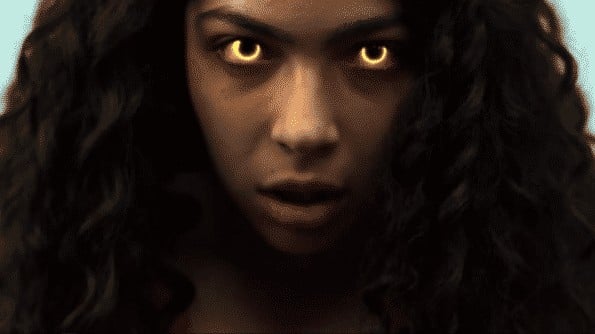 I’m not even going to pretend Molly is really a selling point for this show. However, it is hard to deny how adorable Allegra Acosta is. Also, with no one else, but Leslie and her associates, having powers, not revealed until mid to late in the season, Molly was the sole one bringing us that X-Men mutant vibe. Something which acted as a really good hook early on in the season.

Though seemingly over so that Nico can be with Karolina and make that character interesting, it was hard to not fall in love with the idea of Alex and Nico. Alex’s crush on her has existed for years and during the short period of time they were cute together, they were true equals. I’m talking about the kind who didn’t lean on the other to make the other look good. No, they brought out the best of each other and since their breakup, Alex seems lost as Nico does charity work.

While most of the show, especially in the beginning, seemed like something from the days when FreeForm was known as ABC, there is something almost Disney Channel about the Yorkes. More so new Disney Channel than old. For while goofy, yet adorable, also comical when either Dale or Stacey got mad, you can easily imagine them as the mad scientist parents on some Disney show. If not the stars of some Bill Nye scripted series.

The characters named here are heavily reliant on other characters to give them a boost. Karolina, despite Chase’s crush on her, what goes on in her family, and the discovery she has powers, is as dull as a doorknob. Even when she has a rebellious moment, it just leaves you hunching. Something that I don’t know whether to blame the writing or the actress. Yet, now she is paired with Nico and while she can leech off of her, it isn’t doing wonders for the character.

As for Frank, he is missing for most of the season and isn’t really missed when you realize he has been away. Then, when they try to give a jolt to his character, while it gets a reaction out of you, it is so petty that you just don’t care in the long run. The same goes for Janet and Robert. Their affair is supposed to draw you in but even with Victor being abusive, and not like the man she knew, and Tina apparently not being the woman Robert fell in love with, you don’t really feel bad for them.

If only because, for all the characters named, they don’t really get developed. Yeah, things happen to and around them, but neither their reactions nor adaptations to what happens is intriguing. Hence why Janet and Robert got put on the back burner, Frank got tied to Jonah and Karolina to Nico. For otherwise, their sole purpose would be being fodder for being shocking moments – in which one of them get killed off.

The Evolution of Chase and Gert

To be blunt, Chase and Gert are annoying to the point of questioning if you may want to continue this show. Gert is the type of SJW feminist which makes both of the terms sound derogatory out of certain people’s mouths. Then with Chase, being that I had some bias since I was familiar with his work in Faking It, and his acting still was of an MTV caliber, it seemed like these two would be what could tip the scales – in a negative direction.

Yet, with time, both grow on you. Gert mostly through her turning it down and Chase through his relationship with Victor. Through us seeing him fall back in love with his father, yet it being clear Victor is capable of being very abusive, it makes you feel for Chase. Making it so, as Nico and Alex break up and Chase and Gert together, you get a new couple who are capable of playing off each other well.

There is so much left for Jonah to do and just seeing how he met all the parents is such a craving for me. Especially after how him and Geoffrey met. However, as for the future of PRIDE, and whatever his plans are, never mind him needing sacrifices to stay young like he is from a male version of Hocus Pocus, those things don’t really draw much attention. At least for me.

Getting To Know Amy

Amy feels like such an integral part to the more interesting characters on this show. She is the reason Tina’s marriage fell apart, she is why Nico went to her dark place, and part of the reason the team who made up the Runaways broke apart for many years. Yet, we only get one episode featuring her alive. Now, true, it isn’t like she hanged out with the kids a lot, Amy was older, and as noted she wasn’t the knot holding the group together. However, I must admit there is this small need to see how Amy’s relationship with Nico was and with Tina. For while they are doing just fine, character development wise, without her, would an extra oomph hurt?

Heck, all things considered, maybe she could boost Robert a bit.

Being that Disney paid $4 billion for Marvel, and even with them recouping that money many times over at this point, it doesn’t mean they aren’t still trying to get their money’s worth. And that is really the only way to explain Runaways. Marvel has since dominated theaters, but Disney is struggling to make a non-Netflix hit Marvel show. And Runaways continues the struggle. Not because it isn’t halfway decent, but because you can tell that with this show being part of the MCU, it isn’t meant to lead but follow. Much less, it isn’t even made to affect the projects which will bring in hundreds if not billions. It just exists in the universe to give it some clout. Just like how the label “Marvel” is supposed to make you want to give this show a chance.

Yet, in the long run, especially taking into consideration Runaways is behind a paywall, it is being labeled mixed. For while you can do a trial of Hulu and binge watch all the episodes, I would never say this is worth $8 to $12 if you were watching as it was released week to week (thus adding up to about $24 at minimum). For, again, while not terrible, it is hard to say if a lot of the growing pains the show is going through will pay off in later seasons or we are seeing the cast and story at its best as of now.

Only time will tell.

Has Another Season Been Confirmed?: Yes, per Deadline.