It’s A Sin does deserve points for slightly altering the narrative regarding the AIDS pandemic’s early years, but eventually, it’ll feel like more of the same.

Starting in 1981 and ending in 1991, It’s A Sin focuses on a small group of friends, mostly gay men, as they pursue love, sex, and careers. All of which gets rudely interrupted by the AIDS epidemic. And as we watch how people and the government responded, you are eerily reminded how the AIDS pandemic can compare to the COVID-19 pandemic, sans an immediate and effective government response.

What you have to love and adore about Colin is he feels like an anomaly. Unlike everyone else, Colin doesn’t party, he holds a steady job with career opportunities and is the only one who has a healthy relationship with his mother, Eileen. Someone who is the sweetest person, and even when Colin catches hell, she doesn’t abandon him, lash out, or anything like that. She focuses on her baby and holds Colin in the same realm of love as everyone else on the show.

And honestly, as much as we love and adore Jill, Colin being the quiet kid, just glad to be part of the crew, he is one of the few you can really get emotionally invested in. For, when it comes to everyone else, you may feel they were forced into the spotlight at the expense of the majority of the characters.

The strange thing about Ritchie is he voted for Margaret Thatcher yet lives his life loud and proud as a gay man. This conflict is quite weird, yet it reminds you that just because someone isn’t considered part of mainstream society, it doesn’t mean they’ll be liberal. Also, as Ritchie exhibits, just because someone isn’t liberal doesn’t mean they are an utter bigot or stick in the mud. Out of all characters, only Roscoe can give Ritchie a run for his money in terms of being the most extroverted and sometimes salacious.

Yet, we admit, what makes Ritchie interesting is that we don’t just get to know him but get a taste of his family. Thus, his life before London is open to us. With that, unlike most characters on the show, you truly feel you understand Ritchie. You get why some of his views are conservative, like his feelings on children seeing gay men in their literature. Also, it helps you comprehend why, when AIDS was starting to become a thing, he was a denier and thought people were trying to suppress his freedoms. For it is through Ritchie you are reminded that, even as a gay man, he held certain privileges he refused to give up. So even if it meant his life and the lives of others, he would do whatever it takes to keep having fun, feel fabulous, and experience the benefits he believes there are to being a gay man – especially when it comes to sex.

Jill’s role in Colin, Ritchie, and Roscoe’s life is that of a sister, a mom, a best friend, pretty much any major relationship a woman can play in your life – except girlfriend. With that in mind, she is the one who knows their secrets, tries to keep them safe, and is the first to sound off the horn when AIDS is no longer some passing threat but a killer in the shadows.

So when Valerie, Ritchie’s mother, learns the truth about her son and decides to lash out at Jill for not telling her, that whole saga is what allows West to shine. For with so little done to make her an individual, being reminded of what she sacrificed, how much pain she has seen, and even suffered due to police brutality, it makes Jill’s comeback momentous!

I mean, as she asserts the idea that she made up for all the horrors and silence that women like Valerie, who should have loved every boy and man they raised, it just hits you so hard. What exactly hits you? Well, for one, the role Jill felt she eventually had to play, and two, how she sacrificed her life for the betterment of men who loved her dearly but could never love her romantically. So, she was stuck with what they could and were willing to give.

Roscoe is a gay Black man with a Nigerian background who often feels like someone who was more so made to be a comic relief than a full-fledged person. The reason we say that is he has comical scenarios throughout the season than a storyline. For example, there is his job at a local gay bar and everything they likely went through. Also, there is a lack of seeing him pursue a relationship and a lukewarm focus on not just his issues with his family but the possibility of reconciliation.

For there is a moment when he gets an apology from one of his family members, and there is hope that old wounds can heal. But anything dealing with that is completely done off-camera, and considering how his family was going to ship him to Nigeria, and borderline disown him?! He was the one character who you desperately wanted to see receive love from his folks. Especially since their homophobia wasn’t just rooted in culture, but due to religion as well.

Like Roscoe, Jill is an integral part of the show but plays a very strict role she doesn’t necessarily get to break out of. As noted above, Jill provides some sense of family to the boys, beyond the fun and games they enable amongst each other. She is why many have a stable home, love even when they aren’t in a party mood, and when they get sick, even if a stranger, Jill will visit them a few times a week. Mind you, while working as an actress, and making sure bills are paid, without asking for rides, handouts, and barely asking for a thing.

For us, that was frustrating because you see Jill give all of her time, all of her effort, and while she had friends, as some pointed out in the show, what else was there? Why didn’t she have a boyfriend or someone as a possible crush? Granted, does every woman on a show need someone chasing them? No. However, it would have been nice to know that she doesn’t wish to make the time, could be gay herself, or something that allows you to understand that there is more to her than what she can do for others. 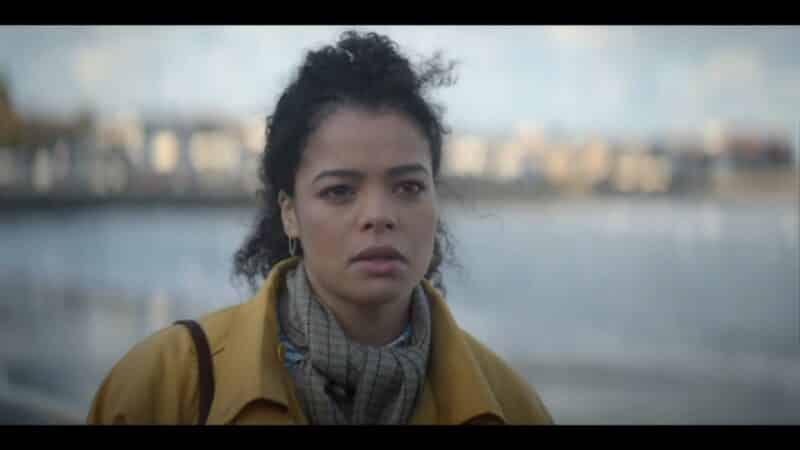 I mean, even in terms of her acting, it feels established more to inspire Ritchie to change his major and show how they keep up their house. It isn’t dived into as something she enjoys or why she even got started. Hence why Jill clapping back at Valerie was such a big deal! It was one of the rare moments she was disagreeable and showed a real sense of anger that felt held back for most of the season. Well, outside of the occasional times Ritchie would go too far.

Not Diving More Into Lizbeth’s Job And Life

Many films and shows deal with the rise of AIDS as a pandemic and how it affected the gay community and its allies. However, Lizbeth’s role as an advocate, who saved men diagnosed with AIDS from being treated as criminals under the 1984 Public Health Act was new. In fact, it drew you into not just the act and how it was used back then, but how would someone even fight it? It’s a law that enforces and enables homophobia and allowed for not just the death of those inflicted with AIDS but had them isolated, alone, and treated as pariahs.

So it felt like a missed opportunity to touch on England’s unique handling of the AIDS pandemic by barely allowing Lizbeth to illuminate how the act, which was utilized for COVID-19 lockdowns, was previously used. And while I get that It’s A Sin isn’t about Lizbeth, hence her introduction being halfway through the season, the unique aspect of a known story she brings, it adds a new spice to the familiar.

It’s A Sin is the type of series which holds stories and ideas that are well-tread. But, at the same time, it had a few storylines that could have truly brought something new to the conversation about how HIV/AIDS became a pandemic. For whether it was Lizbeth and the legal oppression of those diagnosed with AIDS, the Black English experience, as a gay man in the 80s, or even exploring, with Jill, the struggle of being a full-time ally, and yet still having a life of your own, there are many missed opportunities.

Hence the mixed label. It’s A Sin has wonderful performances and characters and is an excellent reminder of how pandemics have been handled in the past but, while we do adore Ritchie and even Colin, there were more interesting stories to explore.

Not Diving More Into Lizbeth's Job And Life - 75%

It's A Sin has wonderful performances and characters and is an excellent reminder of how pandemics have been handled in the past but, while we do adore Ritchie and even Colin, there were more interesting stories to explore.