“Grand Army” with its socially mixed teens, all going through something, could be Netflix’s next big teen/ young adult series.

What we’re introduced to in “Brooklyn, 2020” is the day the students of Grand Army experienced a lockdown on January 24th, 2020. Mind you, the series doesn’t focus on just that day, but it does act as a jump-off because of the multitude of events that happen. For one, Gracie, Joey’s best friend, finally has a condom that has been in her for who knows how long fished out by Joey – at school. Which, for a moment, leads to some, as Gracie moans in pain, thinking those two were getting it popping in the bathroom stall.

However, while Joey does have tomboy qualities, it doesn’t seem like Gracie is her type, and with Gracie believing Joey once had an abortion, you could assume Joey is into boys. One of which might be Tim, who is Joey’s male best friend, who clearly likes her. But whether the feeling is mutual is up in the air, despite his sister, Anna, one of Joey’s other friends, being against it.

Outside of them, there is also Dom, Sonia, and Mika, and if you want to name all the people of color in one shot, you can add Sid, Owen, and Jay as well. Now, Sid is part of the swim team and doesn’t really interact with the rest. However, Owen and Jay are connected to Sonia, since Jay may have a thing for her, and Sonia is a close friend to Dom and Mika. Now, of the three girls, Dom could be considered the central friend since, between her doing the girls’ hair and having that lead vibe, she does seem like a notable part of both girls lives. Don’t get it twisted though, Sonia and Mika’s lives don’t get put on pause just because Dom isn’t around. Which due to Dom having to help take care of her two younger siblings, this can happen far more than she would like. Leaving one last person worth naming: Leila. The Chinese born, but adopted by a Jewish American couple girl, well, she just got into Grand Army and is having a difficult time adjusting. One HUGE reason is the Chinese girls who know Mandarin teasing her, but Leila is also going through a crisis of identity.

Why? Well, she was adopted as a baby, so while she knows she was born in China, she feels disconnected from her origins. Then with her parents, they are Jewish, but not religious. This makes her simply American, and that meaning she has to figure out her identity for herself. This, as you can imagine, is going to be a difficult journey. Though with Sid, and the swim team, coming up with a list of the most f**kable girls and Leila making the list, it seems she may take advantage of that to forge a path.

You Grow Attached To The Characters

Usually, when such a numerous number of characters are introduced in a single episode, most feel like they are being introduced and will get properly fleshed out later. Thus leaving only those who should be seen as the lead worth noting. However, in an hour, you get so many characters who feel unforgettable since each present a unique story and point of view. I mean, you got what could appear like your generic lead in Joey and her friends, but that perspective is only when they are first introduced. For as we are introduced to Tim and her relationship, then Gracie, you can see while Joey has the look of your usual lead, she offers more than the generic well-off white girl.

However, I will say that there is a part of me that does want to put her into that “Trojan Horse” category. Mind you, this isn’t to say Dom and her friends don’t hold their own. For with Dom’s mother and father nowhere to be seen, and her stepping into that role, it makes you want to take note of her story, and it looks like something you can imagine on FreeForm or, if BET or OWN had any young adult shows, it could fit on those networks as well.

Then with Jay and Owen, with them being young musicians into Jazz, while you can’t imagine them leading a show, they do have the kind of story that could make a film. Add in Sid being someone who, despite being an attractive jock, is a virgin, partly by choice, and you got a little something from everyone that makes you want to, despite our dislike of doing so, binge the season.

It Is Diverse – And Not In A Token Way

Oh, and we would be remiss to not mention Leila’s story as well. For as much as coming into one’s own identity is a universal thing, the focus on Leila being Chinese born, with Jewish American parents, and being raised in the US is specific. Yet, it does present the not often told story of kids who were adopted and how much culture brings a sense of grounding to a person.

Take note of how Leila feels when the Chinese girls speak Mandarin to her and treat her as an outsider. Never mind, despite being her adoptive parents, Leila not understanding why she wasn’t sent to a Jewish school. It’s in a unique story like that you feel that we’re truly at a point where diversity isn’t just about different skin tones and facial structures being seen, but their stories coming with them. 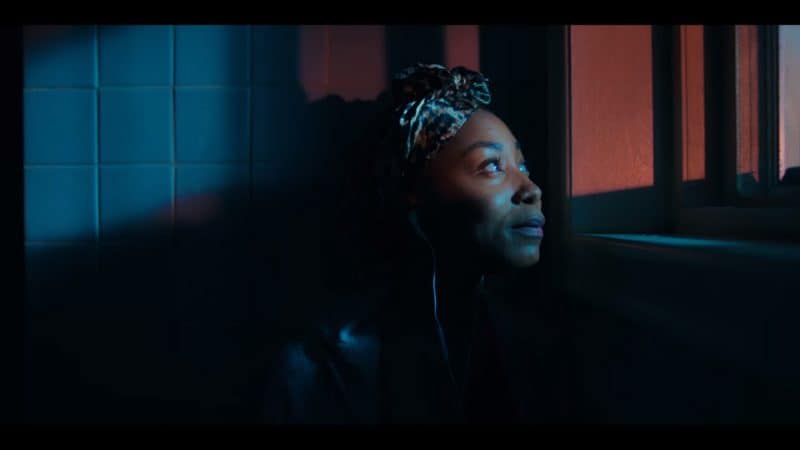 This can also be said with Dom and her crew, for the nod to how long Black and Brown women can take getting their hair done isn’t lost, nor Jay and Owen’s love for the sax and Jazz. Heck, to really show “Grand Army” wants to cover all bases, they have Sid talk about how, after the bombing, he may bear the weight of the terrorist’s actions even with not being Muslim. Just because, due to his skin tone, the racism of America will make assumptions, and thus his life will become harder.

As the term “Young Adult” less and less applies to us, there was this assumption that shows like this would no longer appeal to us. That, like a lot of people who write about shows and movies, the disconnect would lead us to feel something is unrealistic, sensationalized, trite, and a whole bunch of unnecessary words used in an attempt to justify our college debt. However, “Grand Army” reminds you that the value of Young Adult shows goes beyond entertainment.

When it comes to us, while it doesn’t trigger nostalgia, being that I didn’t grow up when diversity meant more than Black segregated shows, and shows which had maybe a token, best friend minority, there is a newness to shows like “Grand Army.” Especially since, for the last decade or so, while diversity has increased, it hasn’t in a meaningful way. Yes, we got different shades of skin tones, but the stories that we saw featured when films and shows were damn near segregated, they didn’t come along.

But with “Grand Army,” as it presents Sid’s story, Leila’s, Dom and her friends, and not as side characters but part of an ensemble, it truly feels like things have changed for the better, and the transitionary period might be over.