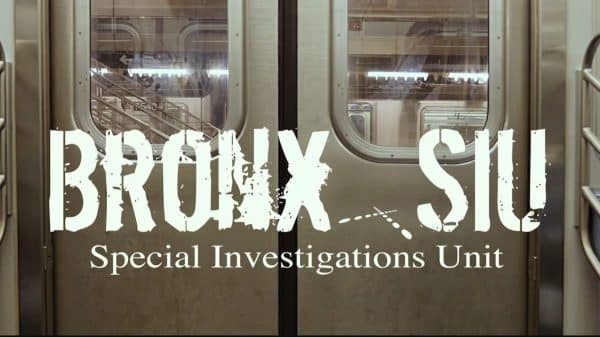 Bronx SIU is the show to watch if you are curious about what UMC has to offer for it is just, read the premiere recap/ review.

Veteran Jimmy Blue is the lead of a special investigations unit which handles cases like a recent series of women being beheaded. He formerly handled cases like this with Darius, who he met during his tours in Afghanistan or Iraq. However, now he is paired with a woman named Yolanda. Someone who is in therapy, due to past trauma, and seems to be getting a thing for Jimmy slowly. Problem is with that, besides falling into bad habits, Jimmy is trying to work things out with his assumed wife, Gloria. Someone who was there for him after he was using one vice after another to deal with his PTSD. But, with internal affairs breathing down his neck about $600,000 unaccounted for, Yolanda, Gloria, even Darius to a point, might be the least of his worries.

There is a reason why Lowry’s name is the first one when the credits role – she is what sells the show. Though we have a lot of examples of Black women handling their business professionally, while their personal life falls apart, what makes Yolanda different is you see her managing her problems head-on. With seeing her in therapy, not making it seem her issues were crafted for the sake of creating drama, you get something superior to what we’ve long seen afforded to Black actresses who work as “professionals.” That is, doctors, lawyers, and other members of society which are treated on a level above.

But while Yolanda’s personal life is interesting, you also have to take note of how she is as a cop and her chemistry with Jimmy. Something which seems to be triggering negative thoughts and emotions, but we’ll explore more of that in future episodes. All that matters right now is that Yolanda is the perfect balance of a person with a history, which lures you in, yet doesn’t appear messy enough to make you roll your eyes and lead you to wonder how did she even get, or keeps her job.

The pilot pushes the idea this show isn’t going to be strictly about cases nor will it make the cases a minor part as each cop deals with how their job and past has complicated their personal life. Instead, we get a good balance. When it comes to Yolanda, she works hard but then goes to therapy to see her therapist Jasmine. Jimmy is dealing with a case dealing with women being beheaded as he tries to work on his marriage, and Darius is dealing with a kid who seemingly has terminal cancer.

The Complicated Reason Behind The Missing Money

Which needs to be mentioned for Darius and Jimmy know where the money is and have already spent some of it. However, the reason for doing so is noble, so it leads to the need to question if they are in the wrong or not. Well, that and if the circumstances of getting that money are true. For while the money is being used towards Darius’ daughter getting an experimental treatment, the fact Darius and Jimmy say there was a shootout before they arrived sounds fishy. Hence Miriam and Zakia are on their behinds.

How The Sex Workers Are Developed

While they played a minor role in the episode, it was interesting to see how human they made Renora. In fact, it pushes you to wonder when it comes to characters who are informants or considered lower on the totem pole of society, will they all get to be seen as humans? Not just their circumstance?

The Way The First Case Ends

Episodic cases, in my opinion, are more often miss than hits. This episode didn’t circumvent that belief for despite what was a nice little twist, and the case dealing with people being beheaded, it wasn’t something which drew you in and kept you guessing. In fact, the case was made to be an issue, especially considering Jimmy needed a win, but it felt secondary in comparison to showing Yolanda and Jimmy as a team, showing their styles of police work, and how taxing working in the SIU can be. So while the reveal of who did it was surprising, I do feel, as much as they built up the victim and perpetrator, it wasn’t made to be a selling point of the episode.

I was pleasantly surprised by how much I like this. Not because I expected anything terrible due to the actors or anyone behind the show, but because I’m not someone who has ever got into cop dramas. I’ve never found CSI or Law & Order interesting, but this has me hooked. I’d even say, similar to how Orange Is The New Black was the flagship for Netflix when it began, Bronx SIU needs to be for UMC.

Hence the positive label – Bronx SIU is the type of show which presents itself as a reason to add yet another subscription to your monthly bills. For whether it is Lowry, thanks to creator Dan Garcia, subverting trends, or this idea every character is multifaceted, the show seems geared to be noteworthy vs. another show trying to siphon off the popularity of another.

The Complicated Reason Behind The Missing Money - 84%

How The Sex Workers Are Developed - 83%

Bronx SIU is the type of show which presents itself as a reason to add yet another subscription to your monthly bills. For whether it is Lowry, thanks to creator Dan Garcia, subverting trends, or this idea every character is multifaceted, the show seems geared to be noteworthy vs. another show trying to siphon off the popularity of another.