Mushoku Tensei: Jobless Reincarnation is a reincarnated/transported to another world anime featuring ecchi, magic, and a notable amount of potential.

At 34 years of age, our lead was killed in an auto vehicle accident, possibly saving two high schoolers. As he dies he finds himself reborn in a world with magic and swordsmen that weren’t named in the first episode. However, when he is reincarnated he doesn’t lose any of his memories nor his personality.

In some ways, this is a positive thing since it leads him to walk, talk, and read much quicker than most. Add in his parents, Paul and Zenith, are well off thanks to Paul being a knight for the village, and it makes it so he doesn’t have to work or do anything but entertain himself. Which he does mainly by practicing magic, which his mother is ace at. 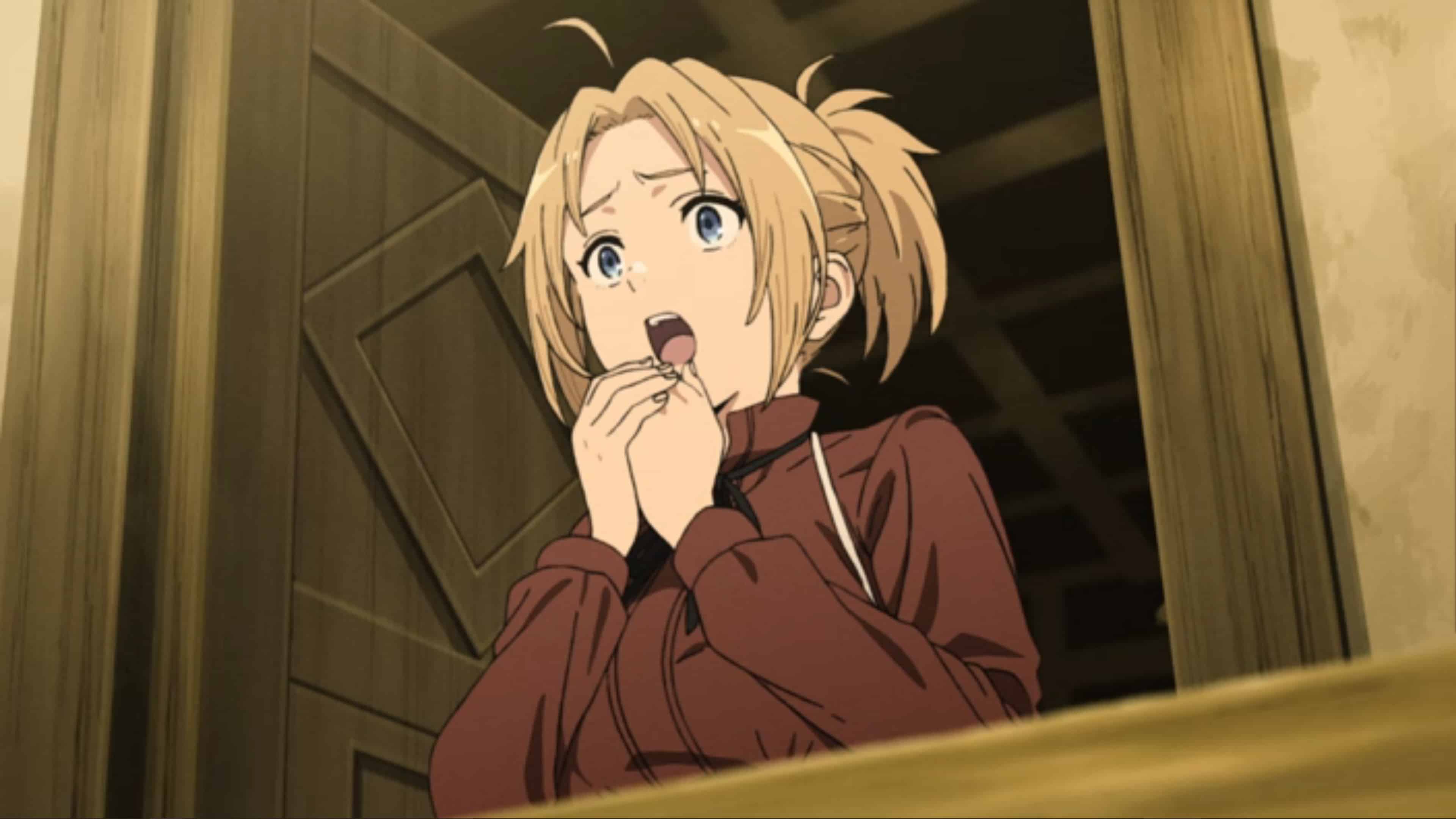 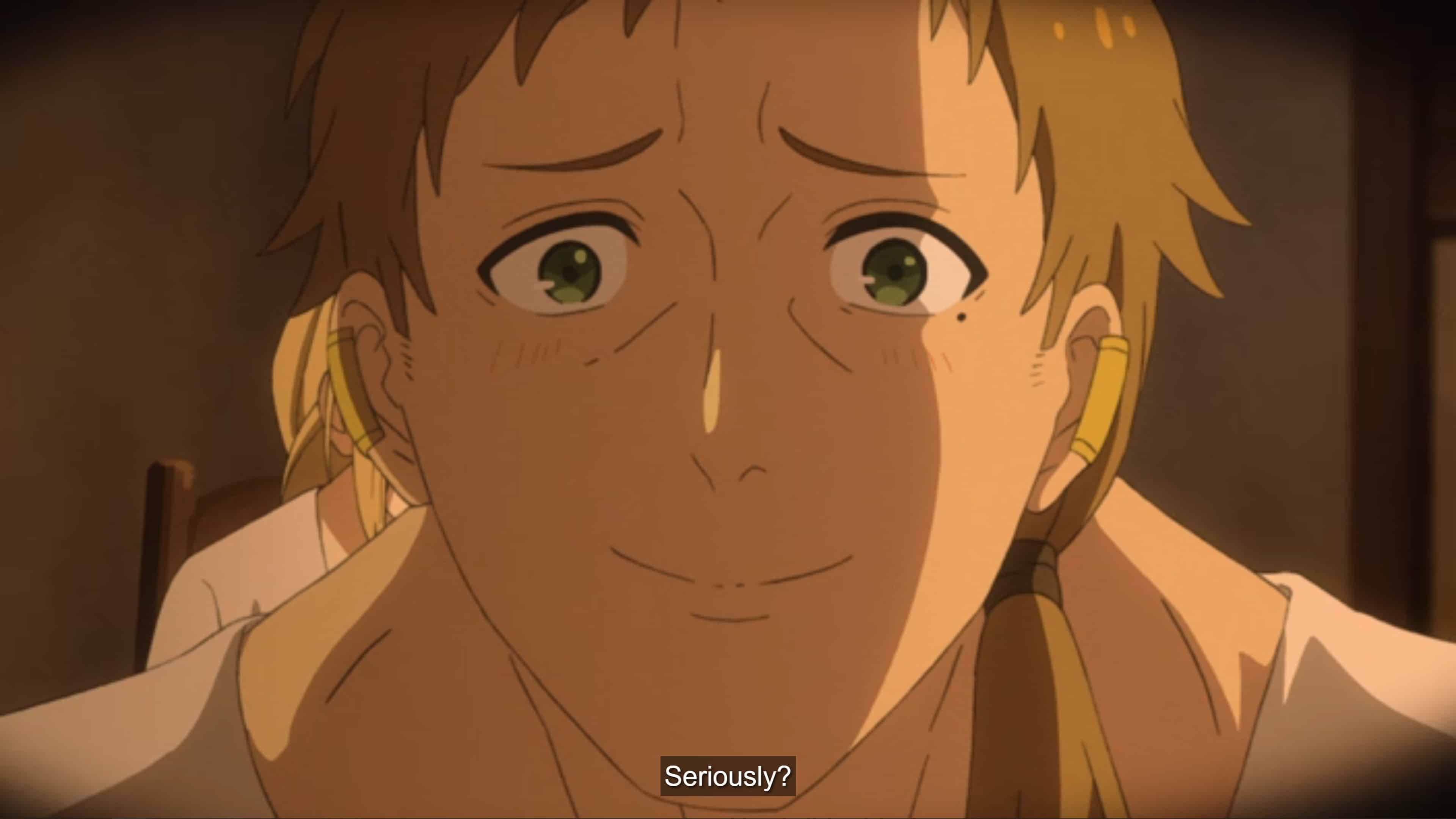 However, once he shows himself far more powerful than any toddler should be, his parents hire a tutor named Roxy so he can go from intermediate spells to more advanced spells. But, one thing we didn’t really mention is the now named Rudy, short for Rudeus, is an otaku and a bit of a perv. So while this is his second chance at life, some old habits aren’t being let go.

The Magic Being Broken Down To The Level It Does

A lot of the time, magic is just magic and between a staff or spell, people just do it. There is no breaking down whether people can use incantations or magic circles, how a spell is conjured, or the level of magic wielders there are. That’s considered the boring stuff yet Mushoku Tensei: Jobless Reincarnation decides it wants to invest in you understanding the intricacies of magic, which we appreciate.

The Ecchi Balances Out With The Potential Of The Series

Why? Well, for one it does give Rudy a redeeming quality. For while he is noted as an Otaku, his enjoyment of reading, trying spells, and even trying to calm Roxy after she makes a mistake, it makes him seem less of a perv. Granted, once he recognized Zenith as his mom, his obsession with her breasts ended immediately. Also, when we got a panty shot of Roxy, it wasn’t like that was Rudy’s objective.

Which isn’t to say, with there likely being dark magic, he won’t look for ways to manipulate the world to fit his pervy desires. However, there is a vibe here that while Rudy will remain a man with eyes, he won’t use this new body to catch up on what he felt should have been given to him in his past life. Rather, it seems like he may work to earn the relationships (platonic or otherwise) he desired.

With that said, him being unfazed by Paul and Zenith’s loud sex was strange to me.

No Real Idea Of Where This Is Going

When the episode ends, there isn’t any real clue about what is going to happen going forward. Rudy’s powers are established and that’s it. This isn’t a horrible thing, since you can read spoilers on Wikipedia, among other places. However, it does seem weird that beyond Rudy getting trained in swordsmanship and magic, you aren’t sure what’s next for our hero if you solely stick to the show.

Not knowing what is next for Rudy is a minor thing considering everything else Mushoku Tensei: Jobless Reincarnation offers. It seems to desire to give you a taste of sex, yet not skimp on world-building. Also, considering how it treats magic as a destructive force, and Rudy will learn swordplay, it does push you to wonder who will he use his spells or strength against?

The Magic Being Broken Down To The Level It Does - 87%

The Ecchi Balances Out With The Potential Of The Series - 83%