Engage Kiss: Season 1/ Episode 1 “A Loser And A Demon And A Man And A Woman” [Premiere] – Recap/ Review (with Spoilers)

In this action-comedy, a boy takes advantage of most of the women in his life, but especially his demon girlfriend, who kills other demons to make him money.

Shu is a bit of a hot mess. He doesn’t pay his bills, and over three months ago, he quit his last job and seems to refuse to return to it, even with Ayano, a potential ex-girlfriend, being willing to help him get his job. He’d rather mooch off Ayano when he has the chance, or even Kisara, his pseudo-girlfriend, and partner at I&S.

Now, what is I&S? Shy’s company that makes bids for D Hazard (Demon Hazard) events. Which with only low-class demons appearing recently, his focus was waiting on something C-Class or higher to make decent money. However, in the first opportunity, he underbids but wins the contract due to being the lowest bidder. Thus getting him the job and having to pay up Kisara, with a kiss, maybe blood, in order to defeat the B-Class demon.

But, with Kisara being a jealous and a potentially crazy partner, it makes Ayano being there and Shu lacking notable commitment to Kisara an issue. One that could lead to the B-Class Hazard doing far more damage than Shu can cover with his fees.

While the action may not be the selling point, as the animation style isn’t hyper-realistic or notable enough to make the violence awe-struck level, it is entertaining. The demons are notably designed, and there are moments, like when Kisara and Ayano are fighting, where you can tell there was an effort to get fancy.

With that, you can appreciate what is given even if you’re not putting it up on a pedestal.

You Wanting To Understand Shu’s Relationships

Sadly, Shy fits into that usual situation where the lead has multiple people interested in him, but you aren’t given a strong understanding of why. Shu is generically attractive, yes, but he is someone willing to starve and have his utilities shut off. Also, he is a man, potentially grown man, who won’t pay his bills for three months and will gladly let women knows he has no real commitment to paying his bills.

That really has to make you wonder, why in the world is Kisara attracted to him, and potentially Ayano too?

The early sell here is Shu’s relationships more than the D-Hazards, and the connected business. 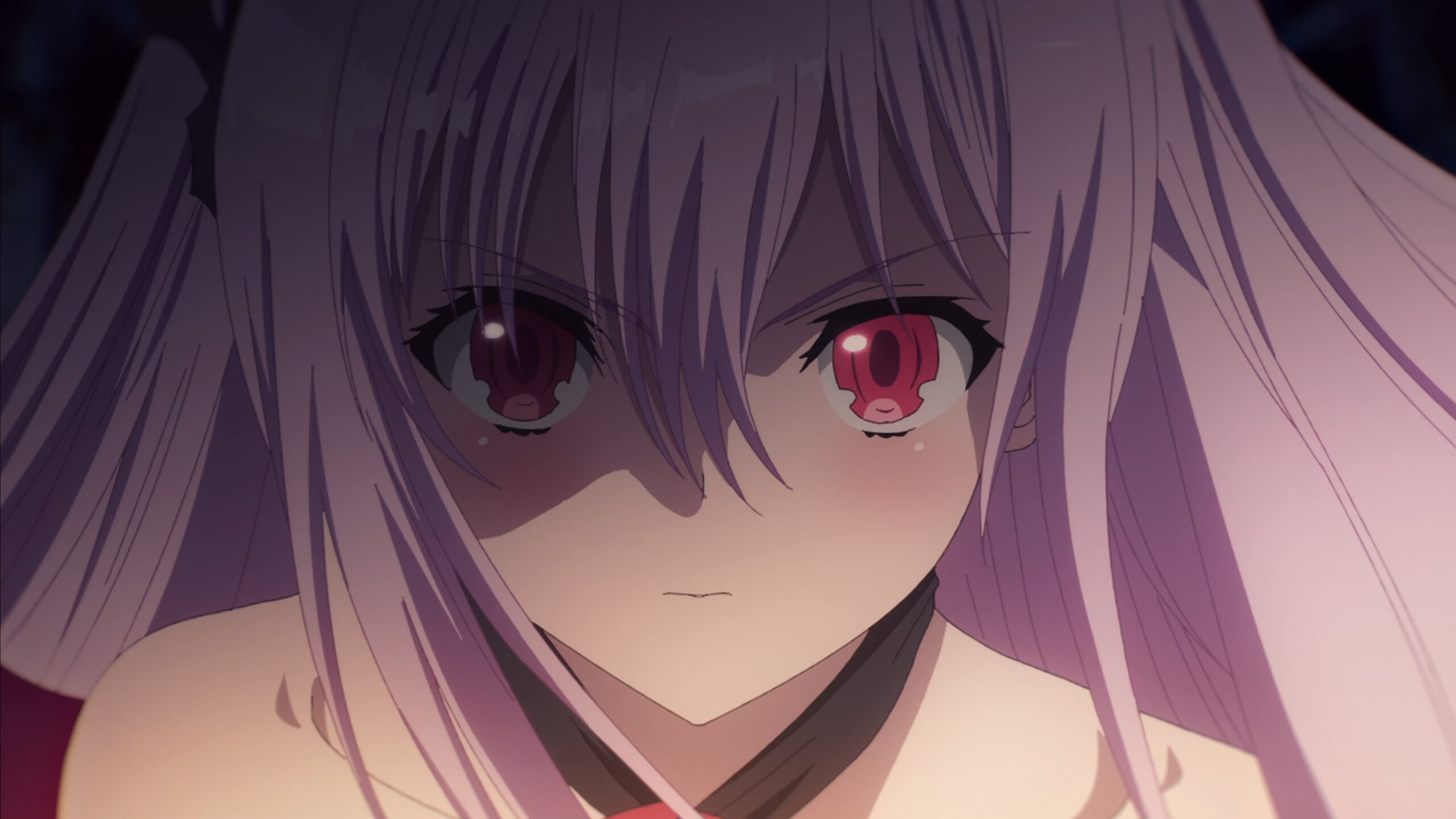 Engage Kiss: Season 1/ Episode 1 “A Loser And A Demon And A Man And A Woman” [Premiere] – Recap/ Review (with Spoilers)
Overall
There might be something for everyone on "Engage Kiss." There is violence for those who want action scenes and a potential harem/ romantic plot for those interested in that.
Highlights
Quality Action
You Wanting To Understand Shu's Relationships
Disputable
75
Follow Wherever I Look on Twitter and Instagram, Like us on Facebook, and Subscribe to the YouTube Channel.