Zone 414 may have all the fixtures of an intriguing sci-fi mystery, but it fails to live up to its potential.

Former marine and detective David Carmichael takes a job for the Veidt family to find the head of the family, Marlon’s, daughter Melissa. A task which will require him to enter the Veidt family-owned Zone 414 where androids roam and the rich play.

A widow, former marine, and former detective, David has a sordid reputation, but his callous nature towards androids makes him the perfect candidate to enter Zone 414 to Joseph and Joseph’s brother Marlon. For with too many becoming enchanted by the androids who populate the zone, they need someone like David who will stick to the task given and not become enchanted with the distractions that have made some addicted to the zone.

The eccentric head of the Veidt Corporation, because of Marlon, his family has the wealth it does. Whether it is his creations like Jane or the more derivative android models, his work and Zone 414 have allowed the company to flourish and his family to become wealthy.

The way Melissa is described, she rejected her father’s wealth and felt more in tune with those like Jane, who were robotic and unfeeling. If not, she wished she was someone who didn’t feel as much as she did.

One of Marlon’s top android dealers within Zone 414.

An associate of Royale who enjoys causing physical harm to androids and is one of the humans in Zone 414 that may not work for Marlon.

Jane is one of Marlon’s favorite androids who appears sentient beyond Marlon’s original design, making her a bit more fearful about the work she is expected to do. Especially since she has been receiving threatening calls lately.

Marlon’s brother mainly works in psychiatry, but with his niece missing, he handles vetting who could find her for his brother.

When God makes something special, he makes it fragile. When we make something, we want to keep it alive forever.
—Royale

When you don’t like to answer questions, you quickly learn not to ask any.
— George

You look but you do not see.
— Marlon

One thing we’ll give to Zone 414 that it did well was the visuals. For if it isn’t the way Fimmel is made up and performs Marlin, it is the various people who Marlon employs, each with a unique look, personality, and desire. All of this creates a culture that makes it seem that as long as Marlon is the God of Zone 414, he’ll let these outcasts he recruited feel like they have some realm of control. Alongside a few who hide away because they have become addicted to Zone 414’s offerings.

The Answer To The Film’s Mysteries Are Uninspired

Despite the familiar faces we’re introduced to, and how the film could have handled who was threatening Jane and possibly kidnapped Melissa, the film avoids any interesting route it could have taken. Rather, it ends with someone giving an unnecessary confession, and there being no build to you even suspecting those involved with either of the film’s mysteries. Thus giving you no payoff for sticking around until the end.

Doesn’t Really Live Up To Its Potential

To be fair, this film could have been better than it ended up being. Marlon sets up this very creepy vibe, and upon the introduction of Jane, David’s main point of contact within Zone 414, you see what could have been. She could have further allowed David to understand Marlon’s creations, ranging from those like her, who are sentient, to those far more robotic. Also, considering Marlon notes this has led to a billion-dollar empire, it would have been cool to further understand the people who buy androids and it be established beyond secret longings.

Heck, you could even bring in one of Marlon’s employees, Royale, and give a stronger backstory about how the humans living and working in Marlon’s operation found themselves there and why they stay. Likewise, since we meet Marlon’s brother, Joseph, who recruits David, we could have gotten more about him and how he feels about the family and its business. Not to forget, considering the reason David is in Zone 414 is Melissa, the film could have given us a reason to care about the girl! That is, as opposed to having everyone speak for her or about her, with us rarely, if ever, hearing Melissa speak for herself or do anything!

Zone 414 acts as a reminder that you don’t need a big budget to do a quality sci-fi picture, but you do need to invest in the story and characters. Which, in the film, you could say the foundation for a good portion of the characters could drive interest, but the film doesn’t capitalize on this. Thus making it so the film isn’t character-driven, story-driven, but rather a film you hope will reveal, do, or say something to save itself – but never gets so far. 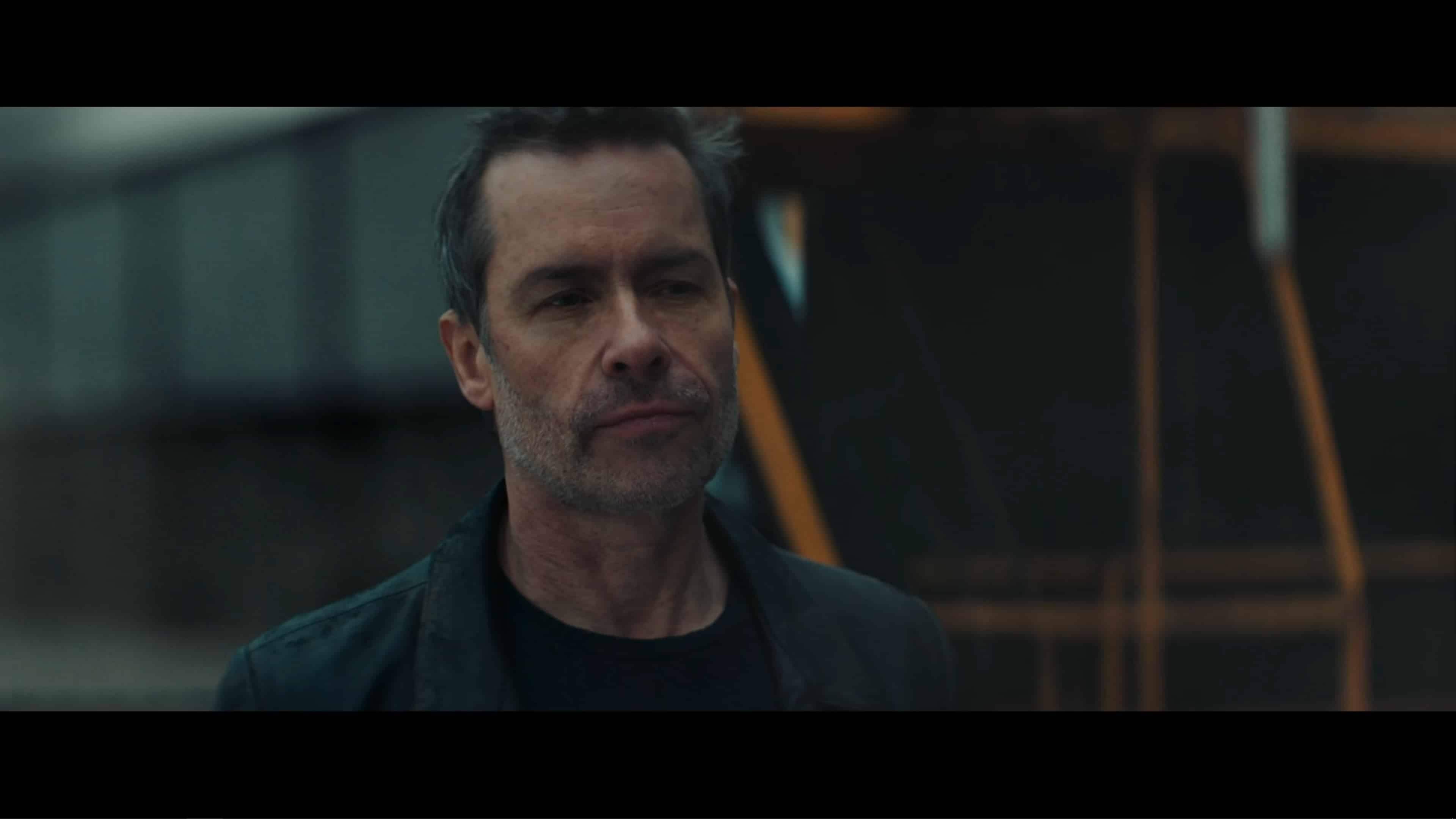 Zone 414 (2021) – Review/ Summary (with Spoilers)
Who Is This For?
Those who enjoy simply sci-fi films that don't seek to overcomplicate their plot and keep things to the point with very little fluff.
Highlights
At Times It's Weird & Unnerving
Disputable
The Answer To The Film's Mysteries Are Uninspired
Doesn't Really Live Up To Its Potential
72
Follow Wherever I Look on Twitter and Instagram, Like us on Facebook, and Subscribe to the YouTube Channel.