Wherever I Look
Recaps, Reviews, and So Much More
Home Movies Two Distant Strangers – Review/Summary (with Spoilers)
Movies

In this 30-minute horror story, a young man is caught in the loop of a cop killing him in a multitude of ways.

After a night with a girl, Perri, he just met, Carter is trying to go home to his dog Jeter. However, thanks to Officer Merk, Carter gets shot or choked out and ends up waking up in Perri’s bed over and over. Like LaKeith Stanfield, Joey Bada$$ is drawn to weird characters who are very much Black but don’t fit into that hyper-masculine form or Carlton Banks archetype. Their characters exist in the middle between having urban flare yet can still do some minor code-switching and operate in spaces not commonly associated with Black people.

In Two Distant Strangers, Carter is this cool cat, just slept over this cute girl’s house, and while a little nerdy, he is a cool nerd, and you can see Perri is feeling him. That relationship is perhaps the thing that keeps you going since his little chats with her help you reset after watching a Black guy get shot, choked out, or brutally murdered by a S.W.A.T team.

Yet, there is no denying that one of the points of the film is showing that you can try multiple ways, over 100, to deal with cops, yet the possibility of getting the same result remains the same. You can be less flashy, talk to them, make peace with one, and get shot by another, it is just an endless cycle, and while Carter is but one man we see dealing with this loop, for others, it is a constant.

I mean, like school shootings, a young Black or Brown person getting shot seems to happen bi-weekly. But, the only difference is, school shootings stop due to summer break and throughout the shutdown because of COVID. Black and Brown people being shot, though? There is no vacation from that. 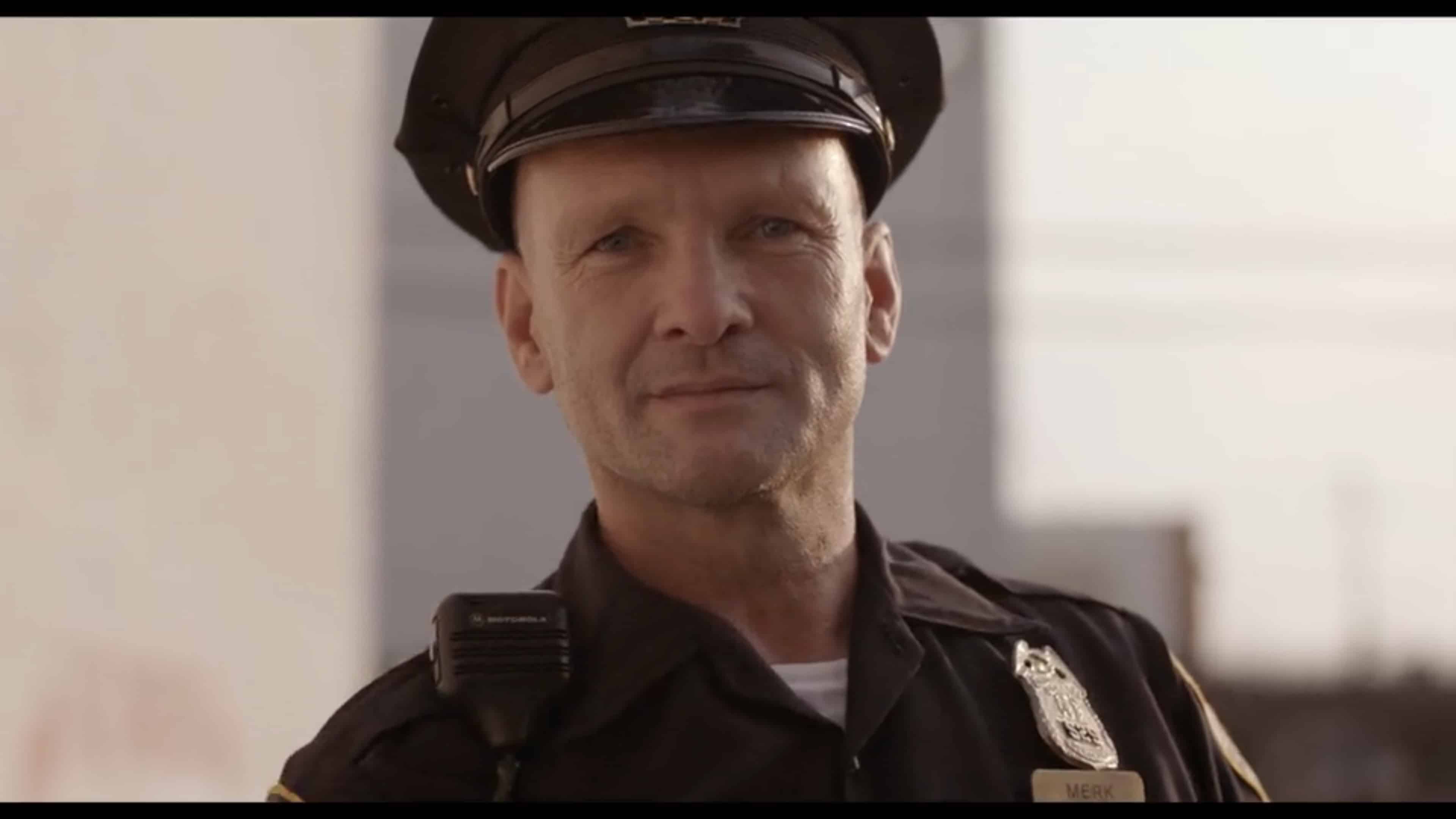 Straight up – there is no feel-good ending. In fact, you may feel that, like most shorts, the ending pushes the need for a full-length feature or mini-series to get a definitive ending.

Generally speaking, we avoid Black trauma in the form of police shooting videos. For as much as it is good to be aware, we don’t want to be inundated. So, in many ways, Two Distant Strangers is the perfect time length, has a good form of relief in Carter and Perri’s relationship, yet remains a very real depiction of Black people’s relationship with the police. Especially the paranoia that comes from knowing what they are capable of.

Hence the positive label and recommendation. Through Carter, you get to experience the same unpredictability many Black guys deal with when it comes to interacting with the cops. Be it because you seem too wealthy, don’t want your right to privacy violated, or just because your door number is off, all these many factors can get you killed – borderline legally.

It's Weird, Poignant, Yet Somehow Entertaining - 92%

Through Carter, you get to experience the same unpredictability many Black guys deal with when it comes to interacting with the cops. Be it because you seem too wealthy, don't want your right to privacy violated, or just because your door number is off, all these many factors can get you killed – borderline legally.