The Tax Collector (2020) – Review/Summary (with Spoilers)

While “The Tax Collector” may give you your fix if you’re looking for a violent movie, it doesn’t have much else to offer.

For most of his life, David has been in crime. It’s how his now-wife Alexis heard about him, but it seems she didn’t fully comprehend the dangers of what he did. At least, she didn’t get it until a war breaks out that leads to David’s right-hand man, Creeper, meeting his female counterpart, and bodies dropping like raindrops. Thus leaving her, David, Creeper, their whole family, left to wonder if the fresh from Mexico, Conejo, and his lady Gata may chop and burn down their family tree – their children included.

If You Like Violent Movies, This May Hold You Over Until Something Better Comes Along 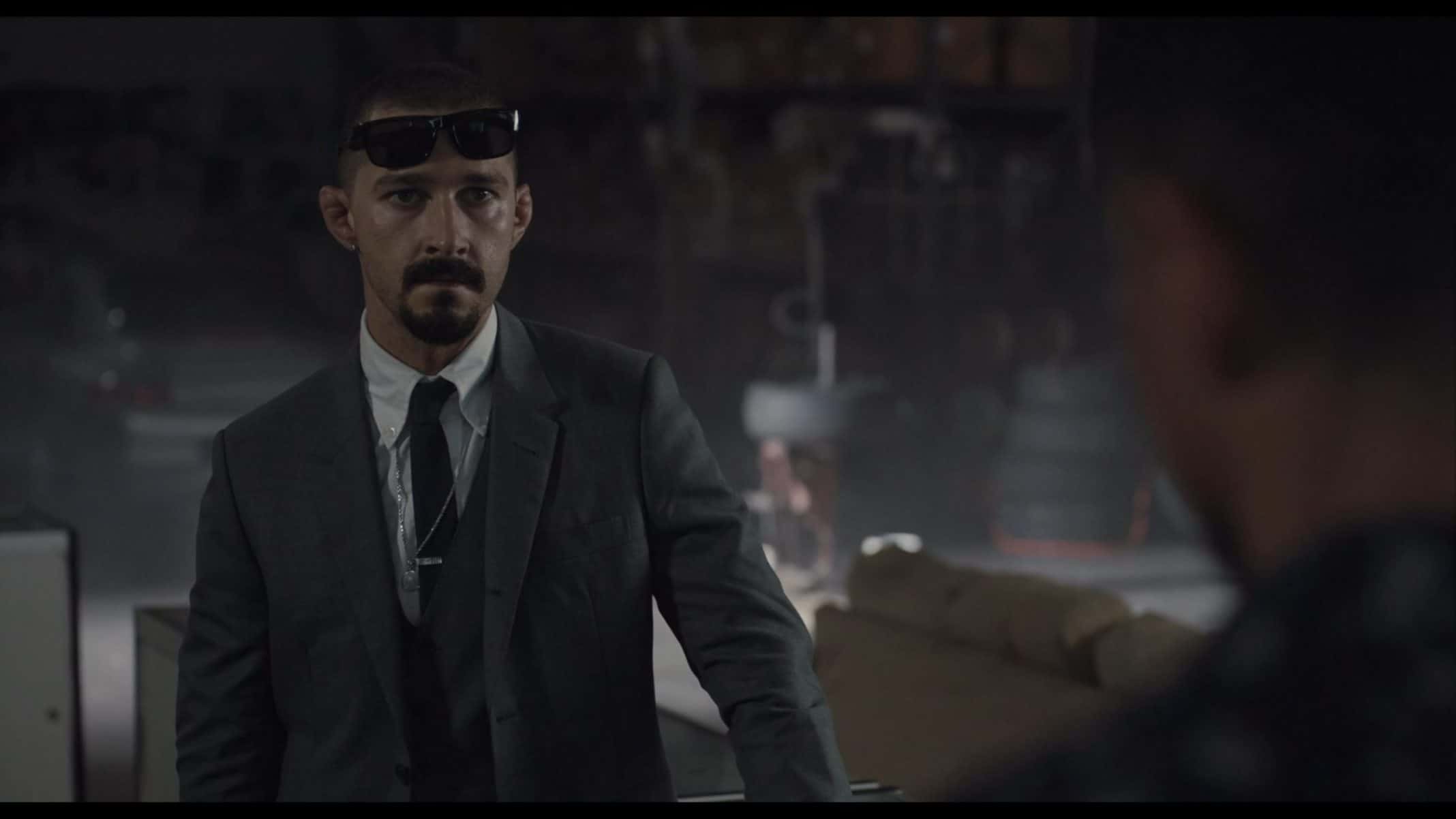 Perhaps the main thing which is a silver lining for The Tax Collector is that, when it comes to violence or the threat of violence, it can be entertaining. Prime example being, The Creeper, when he talks or threatens someone, you believe LeBeouf and are shouting, “JUST DO IT!” like you lost your mind.

But, beyond his character, you may like the gunplay and some of the fight scenes. Mind you, the gun battles are much more visually gruesome, as the camera usually turns away when it is close-quarters combat. However, you will see a few people handled off-screen get discovered, and you might be left saying, “Oh, S***!”

The Story & Characters Are Just A Vehicle For The Violence

There isn’t a single character who you can seriously attach to and feel something for. Everyone is a bland, generic gangster, and as much as we like The Creeper, his background isn’t really touched upon the entire movie. He is just a dude who likes to kill, have sex, and is on a Keto diet. And while there are moments where you can see opportunities for The Creeper to be more than David’s sidekick, the film sidesteps that opportunity. And speaking of David, nothing about his character development or performance makes him the kind of leading man you want to be the hero. More so, the possibility of him failing becomes the most interesting idea of the entire movie. For everything else is so run of the mill that it truly leads you to believe that characters? Story? None of that mattered. What was the point in all this was bullets flying, blood, and the minimal amount of development needed so that you can understand who to root for.

The Tax Collector serves its purpose of being a decent violent film. However, if you want something beyond that, it has little to nothing to offer you. Both the villain and anti-hero are basic, the victims in their fight you likely won’t feel all that attached to, and even the “surprise” at the ending may make you roll your eyes.

Hence the mixed label. The Tax Collector isn’t the kind of movie you should pay for. It’s what you discover on some streaming service wondering why you haven’t heard of it and being surprised considered who is in it. So, we learn David is the son of Wizard, who runs the criminal organization that was nearly taken down by the film’s villain Conejo. Someone who kills David’s uncle, Louis, and dismembers his head. On top of that, Conejo kills David’s wife Alexis, Creeper, and this is all due to him not kissing the ring. Which we can see as a sign of disrespect.

But, despite massacring Wizard’s team, and Wizard staying mum throughout, David gets revenge. Working with a Blood connect, he wipes out Conejo, Creeper’s female counterpart Gata, and lives to fight another day, with his two kids alive. Oh, and the thanks of his father Wizard, who we don’t learn is his dad until the very end.

Wizard’s organization and reputation are rocked by what Conejo did. So when it comes to taxing those 43 gangs, that isn’t possible anymore, so now there should be a power vacuum. One that could easily swallow up David or be used to his advantage to form better coalitions and strengthen bonds. Yes, with violence likely necessary, but it isn’t like David can go from being a criminal for decades and then work a 9 to 5 job.

Granted, he has 1.5 million from an armed robbery he and Creeper did, but what does he know beyond crime and surely, whoever backed Conejo, they aren’t going to let that go easily. All David won was a notable battle, the war isn’t over.

The Story & Characters Are Just A Vehicle For The Violence - 74%

If You Like Violent Movies, This May Hold You Over Until Something Better Comes Along - 81%

The Tax Collector isn't the kind of movie you should pay for. It's what you discover on some streaming service wondering why you haven't heard of it and being surprised considered who is in it.