Wherever I Look
Recaps, Reviews, and So Much More
Home Short Love, Death + Robots: Snow In The Desert – Review/Summary (with Spoilers)
Short

Love, Death + Robots: Snow In The Desert – Review/Summary (with Spoilers)

So, what video game were these cut scenes from, when is it out, and for what platforms?

On a desert planet, where the boiling sun has the ability to kill the living, Snow is hiding out due to being an immortal and people hunting him for his testicles. Which one day leads to a young woman, Hirald, saving his life but with kindness comes questions, but she claims she means no harm. For she knows too well what it is like to live a lonely life. 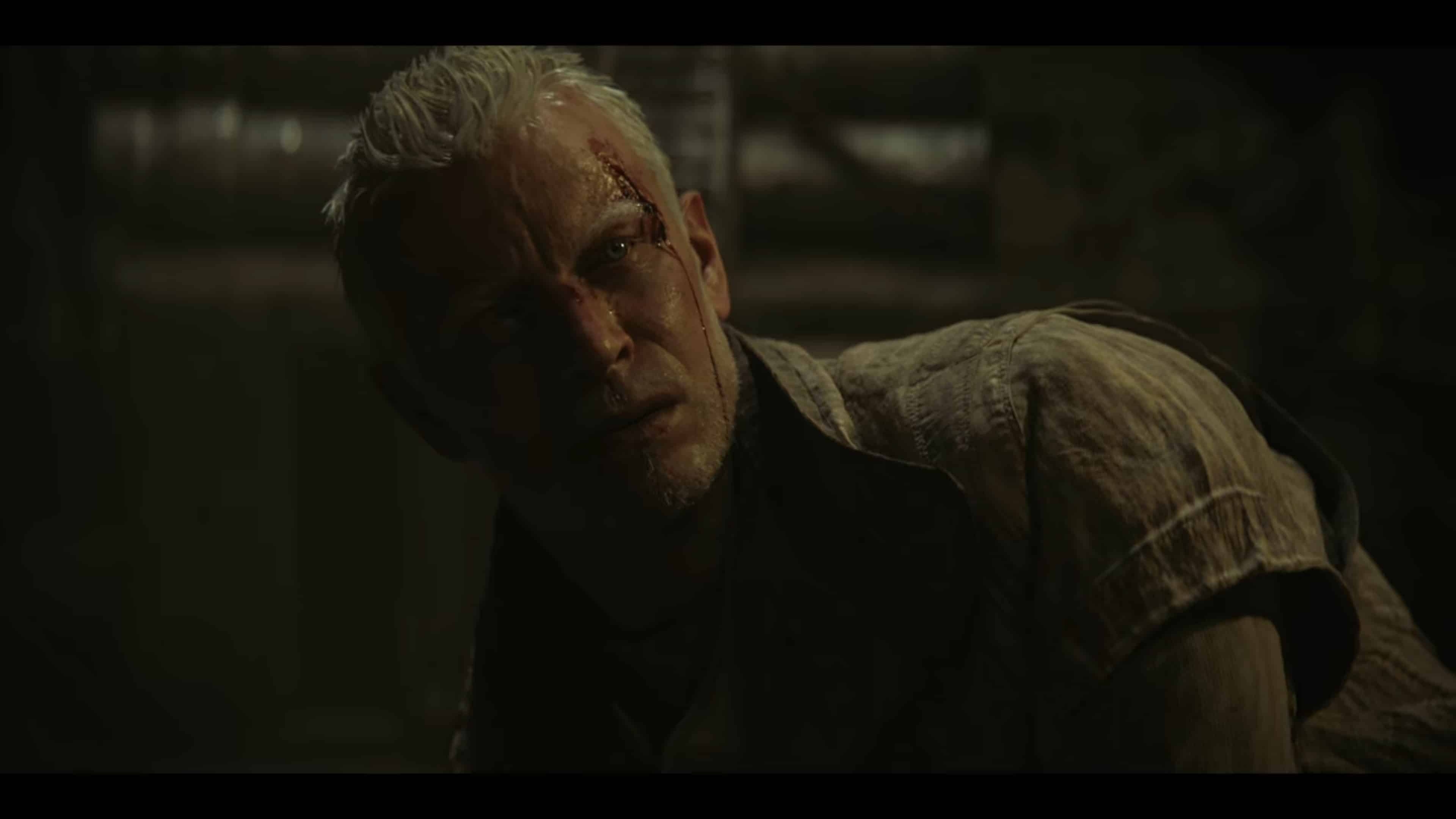 Snow (Peter Franzen) after getting into a scuffle

An immortal man, through regeneration, who has lived at least 200 years and has found himself hunted for the last few. 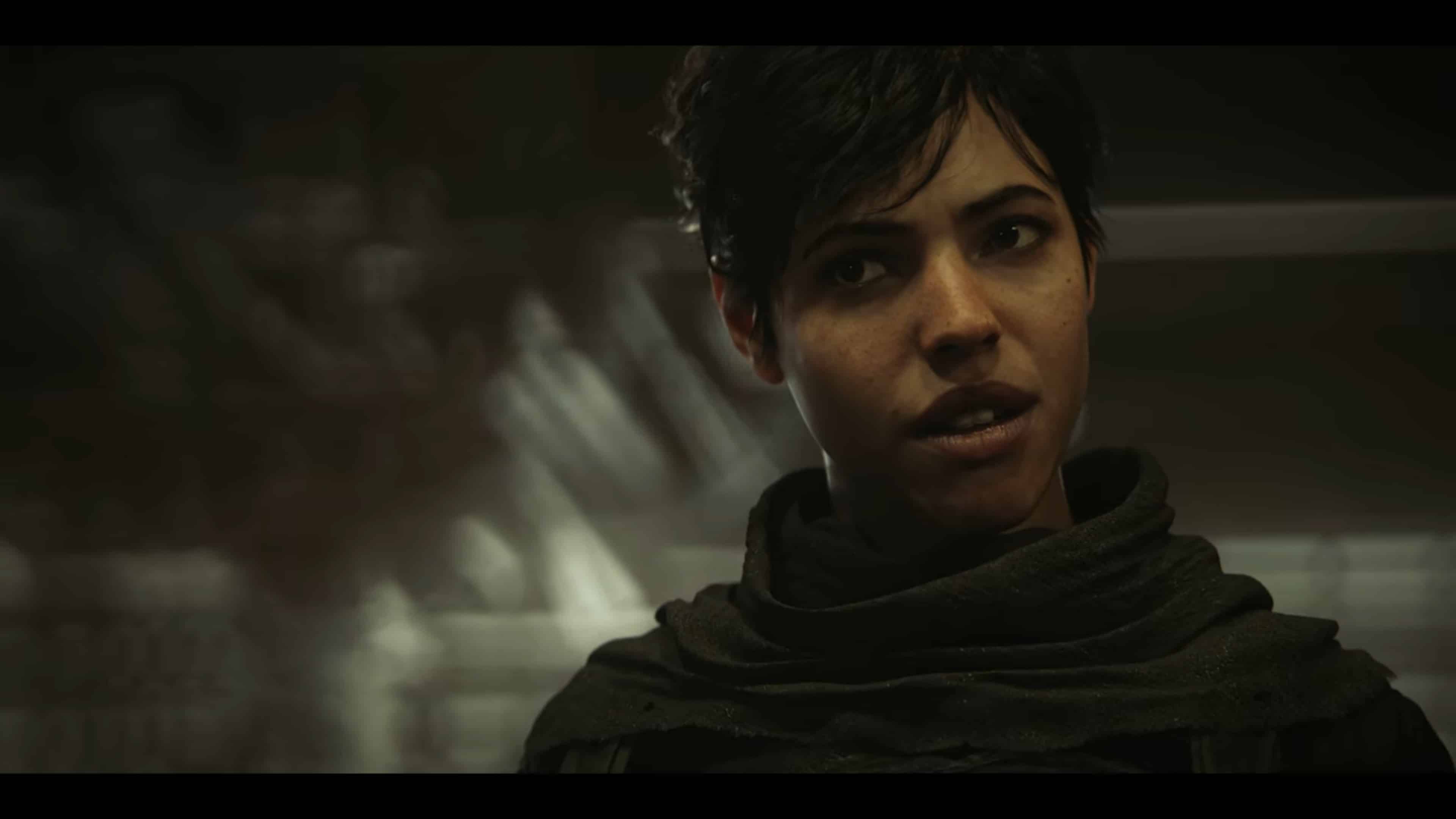 Hirald (Zita Hanrot) after helping to save Snow’s life

A representative of the Earth Central Intelligence who is tasked with bringing Snow in, voluntarily, so they can discover how he became immortal and how to reproduce that effect.

I Want To Play The Game

If you watch the credits, you’ll see Quantic Dream, known for Heavy Rain, Beyond: Two Souls, Detroit: Become Human, and a few other games, is involved. Note: I don’t believe they wrote or directed, but they handled the mocap, which shows. Which will lead you to think that you’re not watching an animated short, but cut scenes from an E3 trailer in which you play someone immortal, and damn if there wasn’t a temptation to grab my nearby controller and see when I’d get control of Snow.

The Story Is Good Enough

Snow In The Desert feels more like a proof of concept, in regards to how far mocap animation has gone, than a story you want more of. Don’t get us wrong, the foundation is there for you wanting to know what that kind of being is, learning about the scarcity of water that causes bartenders to lock drinks before serving, and things like that. But, again, it has such a video game look and feel to it, that you not being able to explore can get frustrating, and with details about the world seen more than spoken upon, the desire to invest wanes.

Add in the violence seems to be when the short really puts in some effort, and it makes even Snow’s little romance with Hirald not much to holler about.

Visually, Snow In The Desert is stunning and feels like a warm-up to the video game industry teasing what’s to come this holiday season. However, once you realize there is no point in grabbing a controller, you’re just watching this, the hype dies down, especially since the short is a bit dry. It does what needs to be done, but it is ultimately more about being pretty than having substance.

Snow In The Desert Ending (Spoilers) 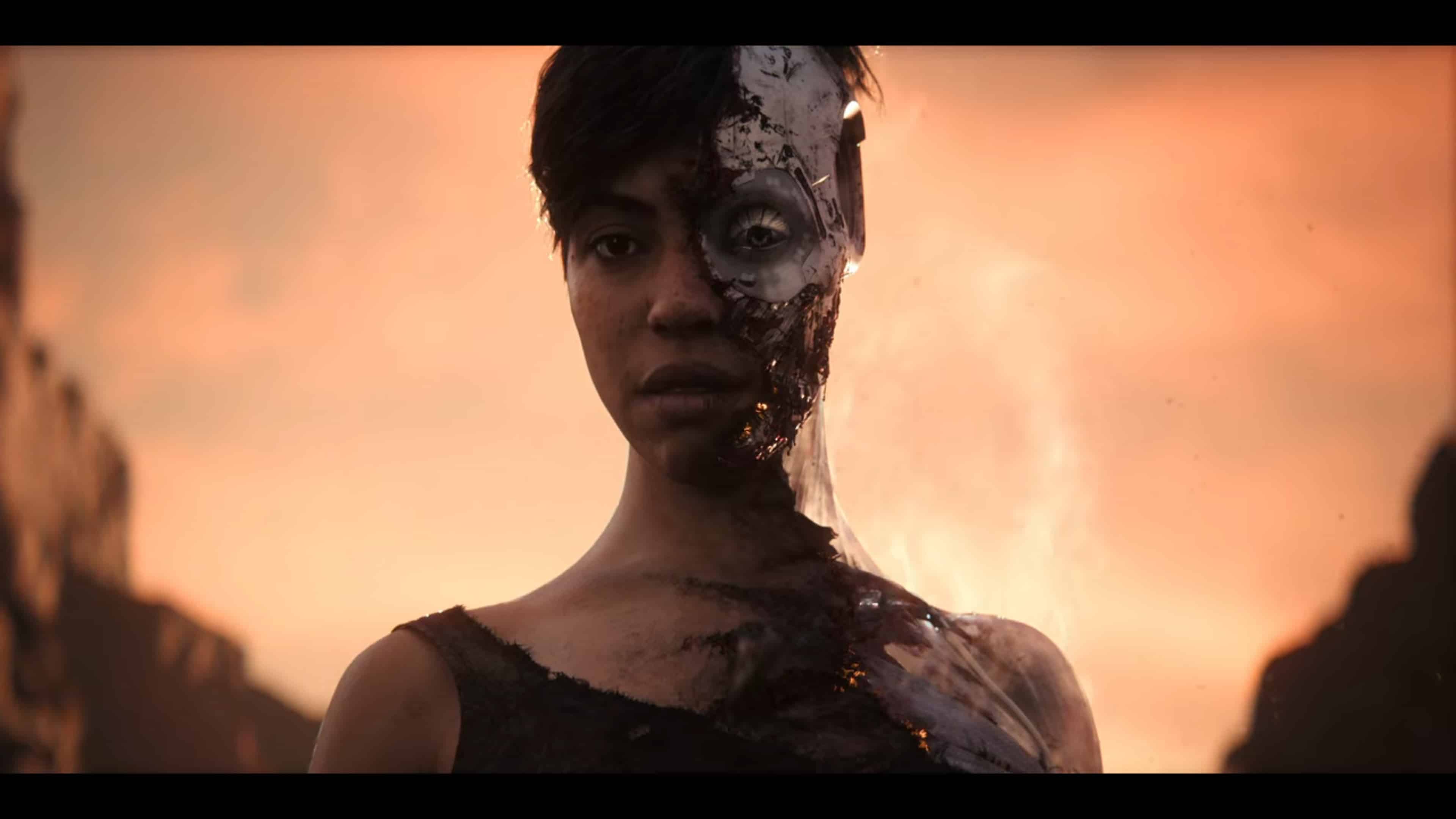 Hirald (Zita Hanrot), after the merchant shot her in th head

With his genetic material considered a potential breakthrough to making humanity immortal, Snow is a wanted man, and two groups currently are looking for him. One is a merchant, who has taken out a bounty on him, and the other is Earth Central Intelligence, which apparently is ran by AI. Hirald, in fact, is a member of ECI and was tasked with getting Snow to come back with her, willingly.

However, with regenerative abilities comes loneliness, and with assuming Hirald wouldn’t knock him out and take him to Earth, he allows her to see his home, his dead wife’s things, and the two even have sex. But the merchant shows up, and after Snow kills some of his men, the merchant kills Hirald – or at least they thought they did. You see, Hirald is heavily mechanical, with only her brain and part of her nervous system still human. So she kills the merchant.

Now, where does the story go from here? Well, beyond Snow accepting her, that’s it. No word if he may go to Earth, if they may never mind that and try to live happily ever after? It just ends.

Does Snow In The Desert Have Series or Feature Film Potential?

It needs to be a video game – period. 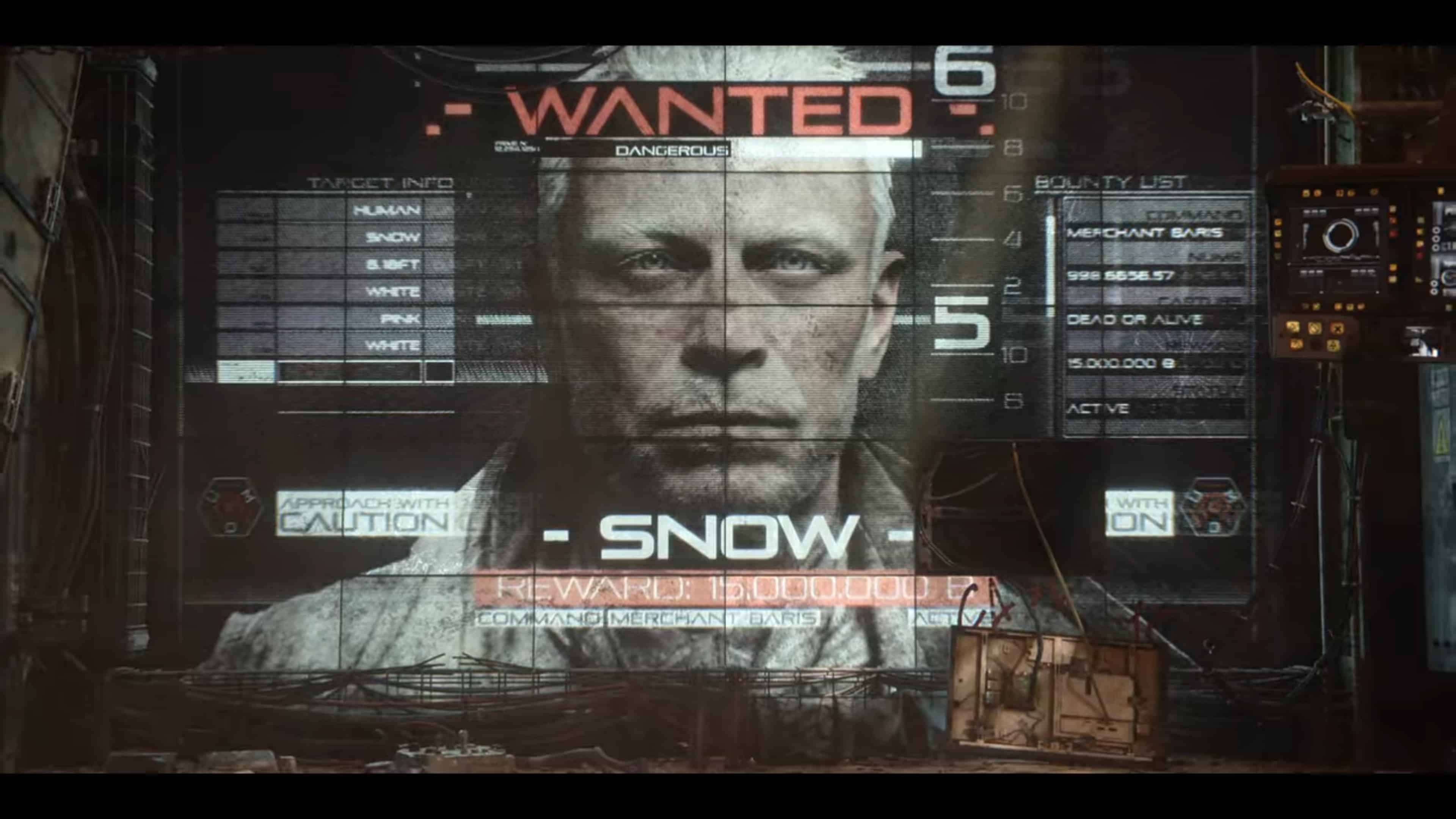 Love, Death + Robots: Snow In The Desert – Review/Summary (with Spoilers)
Who Is This For?
Those who want to mentally prep for the rush of video game trailers when E3 returns in June.
Community Rating0 Votes
0
Highlights
I Want To Play The Game
On The Fence
The Story Is Good Enough
80

Honestly, this review sounds like you’ve never watched a short. They often end like this. Sometimes they tease like this, hoping to grab interest and be funded into full-length films