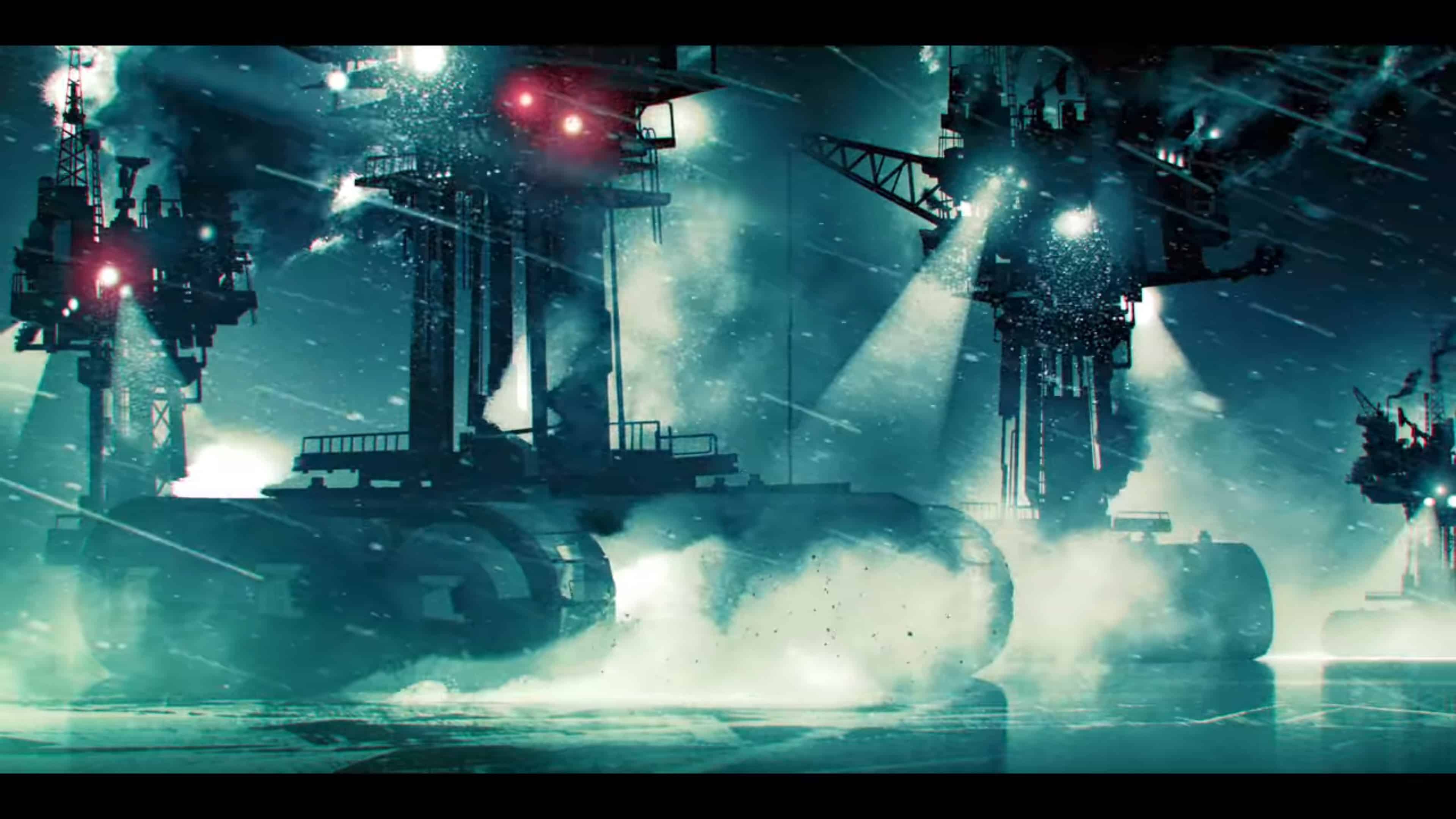 Two brothers, separated by one having modifications and the other not, have a night out where they bond and could potentially lose their lives.

After relocating to an ice harvesting planet, Sedgewick has felt out of place due to being the only unmodified or “Extro” person for at least a hundred light-years. Add in Sedgewick is 16, and it makes it a bad time to be different. However, to make things worse, his dad is hard on him, his mom tries, and his younger brother, Fletcher, is treated as a golden child.

So, when the opportunity comes to sneak out and hang with the locals, try to regain some sense of normalcy, Sedgewick tags along with Fletcher and damn near gets killed trying to keep up with all the modded people.

With recently moving from Earth, where he was the norm, to an ice harvesting planet, where he is an anomaly, Sedgewick has lost his social life and pretty much only has his family. But with a father who looks down on him and a mother who defends him the best she can, Sedgewick’s home life is far from good.

So, what is a 16 year old to do but seek out some trouble to earn the dismay of his parents?

Generally seen and talked about as a good kid, Sedgewick’s younger brother, Fletcher, is treated as a golden child. Also, with locals, he has a good enough reputation to come with them on their runs outside the colony to see the rare sight of Frostwhales breaching the ice. Which is a beautiful sight but with them getting right up to where their first attempts to breach are, it shows this is just as much about a thrill as it is about visuals.

The core of Ice is the bond between Fletcher and Sedgewick. It’s Fletcher not being ashamed of his brother, Sedgewick getting the respect of the older brother, and Fletcher even providing what could be a deadly opportunity to show that Sedgewick, even if unmodified, can hang. Add in they are two Asian guys on a planet where they are a minority, and it makes the need to stick together even strong and beautiful to see.

Like most shorts, Ice is very to the point, very little in the way of frills, but with that, you quickly get access to its heart, and while you may not tear up because of what you see, you will appreciate what was delivered.

Because of a combination of Sedgewick being an “Extro” and smoking something that made him hallucinate, him and Fletcher nearly got killed. Or rather, to keep from embarrassing his brother, Fletcher slowed down and didn’t pick up his brother as the Frostwhales were getting closer and closer to breaching the ice.

In fact, Fletcher fakes an injury and allowed Sedgewick to carry him, just to show his older brother can not only hang but is a stand-up guy. Thus leading to Sedgewick still getting teased but now being seen as one of the group.

Love, Death and Robots: Ice – Review/Summary (with Spoilers)
Who Is This For?
Those who are looking for a short story about two brothers bonding, on a foreign planet, despite their differences, in a sci-fi world.
Community Rating0 Votes
0
Highlights
The Brother Bond
On The Fence
82
Subscribe to our mailing list