Selah and The Spades – Review/ Summary with Spoilers

“Selah and the Spades” begs for a revival as a series as it tries to cram so much into one experience.

It’s senior year for Selah, the head of the Spades, who issue drugs for the private Haldwell high school. With that in mind, there is the worry about not just college, but who to pass the spades off to? Much less, who can maintain the power dynamic? For amongst Haldwell, there are multiple groups who maintain a balance between the theater kids, the suck-ups, and the various other groups. All of which have unique alliances, and means of keeping the other in check.

However, under Selah’s reign over the Spades, there have been moments when her leadership has rubbed the other groups the wrong way. Making it so some, like Roberta, head of the Bobbies, question not just Selah’s leadership, but the need of her faction.

Leading to the introduction of Paloma, a new kid who Selah takes to and decides to mold. But, with graduation still quite some ways off, can Selah deal with someone who takes to the work quickly, gains admiration from others, and has the ability to usurp her?

What Having A Black Focus Does For A Familiar Story 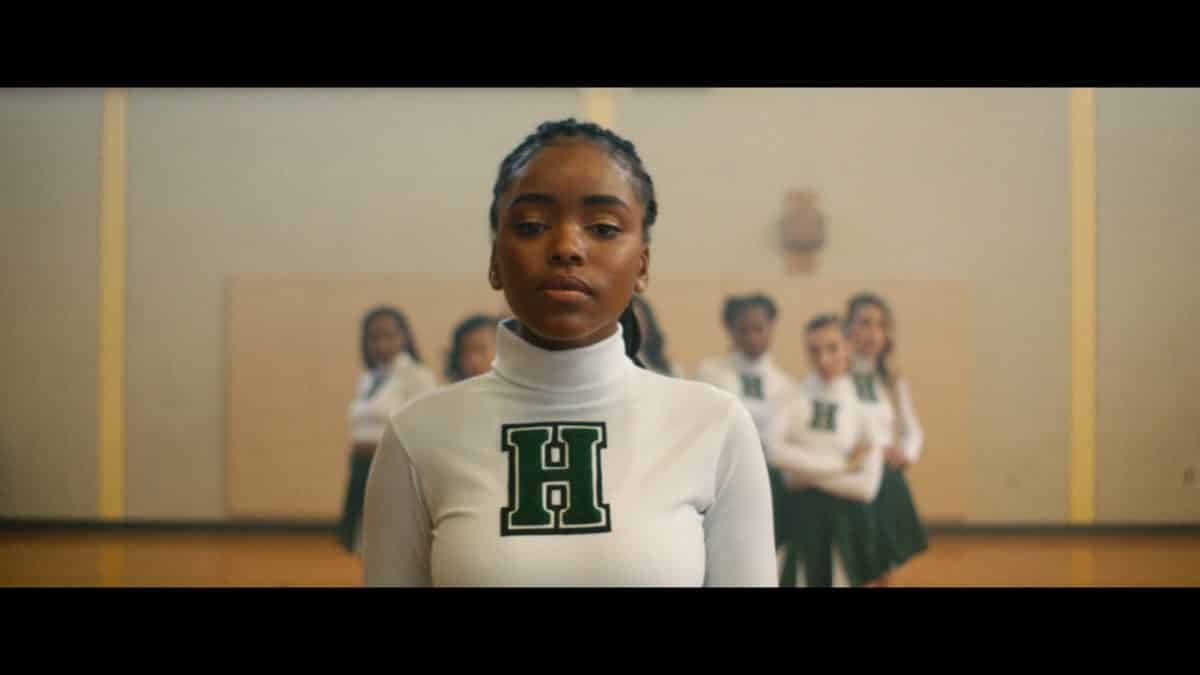 The main thing which makes “Selah and The Spades” worth checking out is that it brings a Black perspective to the “Queen Bee” narrative but within a PWI. With that, you can delve deeper into the complications the kids deal with, which begins with the names. Selah’s name, in itself, means either to praise or forever. Which is Selah’s problem since she wants to maintain this sense of adulation from her peers, since her group gets the drugs, and wants exemption from what would have easily taken other groups or leaders down.

Following that, you have the fact “Spade,” while referenced as part of the playing card suit, is also a racial term for Black people. Which considering all of Selah’s group is Black, or at the very least Black and Brown, it adds a layer to how the film wants to speak on identity. For rather than present Blackness outright through the usual means, be it hip-hop music, or posters of Black figures, it is done through hair, solidarity, a recognition of what they might be seen or called, and a bit of distrust when it comes to the white majority groups.

And then when you move beyond the names, it is the “Queen Bee” being this Black girl, who doesn’t look racially ambiguous, being the head honcho with the kind of braids Black girls are known for. It’s strange, due to it rarely being seen, yet strangely empowering (even as a Black dude nowhere near this child’s age). Then when you take note she is running an all-Black group, with someone like Maxxie by her side, played by someone Afro-Latino, and her protégé being Paloma, your swirly looking girl who usually is lead, it feels like a statement.

One which addresses the difficulty that comes in trying to be a Black woman in a world that doesn’t allow you the ability to make mistakes. Then, on top of that, if one is made, you have to cover for people who put you in a position to look foolish, and have to reconcile with that. All of which I can’t say was the goal of the script, but what we stated, and so much more, can be read into from a cultural perspective.

There is a conversation between Selah and Paloma about sex and dating which pushes the idea Selah is a virgin and without a boyfriend because she doesn’t want one. The conversation pushes this idea that between possible asexuality or disinterest in romance, Selah just doesn’t want to end up crying in the bathroom somewhere. Yet, it should be noted, Selah isn’t without confidence and knows she is cute.

With that in mind, we see a different form of women owning their sexuality. Not in a nu-feminist way of owning it by monetizing it for one’s own benefit, but knowing what one has but not necessarily putting that to the forefront. Meaning, Selah knows what she has and, per her dance team monologue, embraces it and encourages her squad to as well, but finds no reason to make that a key part of her, or their, identity.

Not to say she shames them for having boyfriends or possibly being active. It’s just, she doesn’t see that as something she needs and is unapologetic about it.

Also, on a side note, her relationship with Paloma does give slight queer vibes, but not enough to say she is on the team.

If You Negate The Complexities Created Due To The Characters Being Black or Brown, There’s Nothing Special About This Movie

What makes “Selah and the Spades” good is the nuance which comes from a girl like Selah holding all this power and how Blackness is presented. However, strip the film of that, and you don’t have anything worth noting really. If this was a white majority movie, then it would be just another film about prep school kids running wild and exerting how much privilege they have. Heck, even if you only made Selah white, it would drastically lessen the impact of this movie. Especially since it would just mirror Daenerys, of “Game of Thrones” having people of color as soldiers who you know she’d send off to be slaughtered.

We Don’t Really Get To Know Anyone That Much

While we get to know Selah and understand her insecurities, partly caused by her mother Maybelle, everyone else is presented on a need to know basis. Paloma is a scholarship recipient, and outside of that? We know she is into photography. Maxxie is someone who never dated Selah, since he isn’t her type, but outside of who he is to Selah, and that he is dating someone on her squad, you don’t know anything about him.

This goes for those who aren’t under Selah’s faction, and it pushes you to wonder if, like “Dear White People,” could “Selah and the Spades” be expanded to accommodate what this film lacks? For it seems built where it could become a series without issue. “Selah and The Spades” heavily relies on the fact it stars and focuses on Black and Brown individuals to give it an edge. Strip the film of that, though, and it becomes a run of the mill, teens with an exorbitant amount of privilege misbehaving. Hence the mixed label for the film really does push the need to question, if a film focuses on a specific culture or people, should it be judged on how it would be if it didn’t focus on that sect? Should its baseline universality matter in how it is seen or strictly how it presents itself as different from its predecessors? At least in terms of being one of the few to feature Black women as leads, or any other underrepresented group in its genre or subgenre?

Selah and The Spades Ending Spoilers

In the end, with being threatened by Paloma talking to Roberta, and seeing her as a threat, Selah drugs her and the idea she drugged the last girl who threatened her, Teela, comes to mind. This is mostly thanks to Maxxie, Selah’s right-hand man, likely knowing what Selah did and keeping his mouth shut. But, unlike Teela, Maxxie doesn’t just let something happen, but when Selah starts hinting she drugged Paloma, he gets involved. Leading to the film ending with Selah confessing to Paloma, she drugged her to keep her humble. Which, based on Selah’s relationship with her mom, it seems she humbled Teela, and now Paloma, to keep them safe and from flying too close to the sun – as it seems her mom tries to do with her.

Being that Selah is in her senior year, it isn’t like we can go on and on with this story. Add in everyone is likely to split up to different colleges, it makes it so that only sequel there could be is either Paloma taking over the Spades or following Selah into college. Though, again, we think a series, a limited series specifically, would be best just to flesh out the factions, how they formed, and to fill in the gaps the film left wide open.

What Having A Black Focus Does For A Familiar Story - 87%

If You Negate The Complexities Created Due To The Characters Being Black or Brown, There’s Nothing Special About This Movie - 70%

We Don’t Really Get To Know Anyone That Much - 71%

“Selah and The Spades” heavily relies on the fact it stars and focuses on Black and Brown individuals to give it an edge. Strip the film of that, though, and it becomes a run of the mill, teens with an exorbitant amount of privilege misbehaving.