Afterlife of the Party (2021) – Review/Summary (with Spoilers)

While the pacing can be slow at times, Afterlife of the Party does evolve into a fun, sometimes emotional, tale.

Right before her 25th birthday, Cassie dies. Now, if that wasn’t bad enough, she fought with her best friend since first grade, Lisa, before she died and made it seem their friendship was over. But, according to Cassie’s temporary guardian angel, Val, she is basically in limbo due to her life choices. So, over the course of five days, Cassie has to better the lives of three people:

All the while, Cassie isn’t supposed to be able to physically or vocally interact with any of them, which makes the challenge harder, but while the “below” is tiered, who really wants to go to hell? Even the upper part? Before her death, Cassie was a party planner who loved going out and making the week of her birthday a big deal. The reason for this was, with having a chaotic home life, due to her parents, any reason she had to celebrate life and the good things, she took. Which she often did with her best friend, Lisa, whose family often provided her with stability and, when Cassie’s mom left, Lisa’s mom became her surrogate mother.

Since she was a child, Lisa loved to play in the dirt, and this evolved to her becoming a paleontologist for the Museum of Natural History. But, because she is a little too pensive for her own good, Lisa’s career has become a tiny bit stagnant, and her love life? Well, let’s just say she has had a crush on a neighbor for over a year, and they’ve barely moved beyond pleasantries. 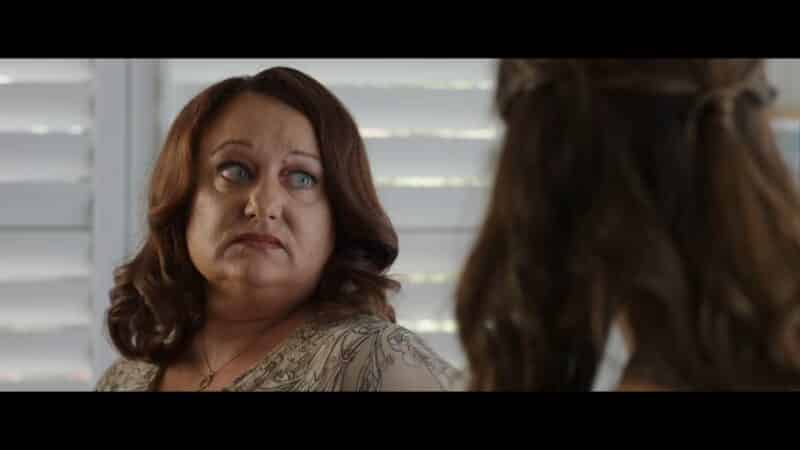 After Cassie’s death, she meets Val, who is her temporary guardian angel. Her job is to help explain to Cassie what she has to do to go upstairs and not below. All in a matter of 5 days.

Howard, also known as Howie, is Cassie’s dad, who is heavily into yoga and even owns his own studio. Which Cassie isn’t strongly into, and when she was alive, she didn’t often seek out quality time with her father. So after her death, he is a bit of a mess.

When Cassie was younger, Sofia left Cassie and Howie behind and didn’t seek to reconcile while Cassie was alive. Instead, she would just send postcards to fill her absence. 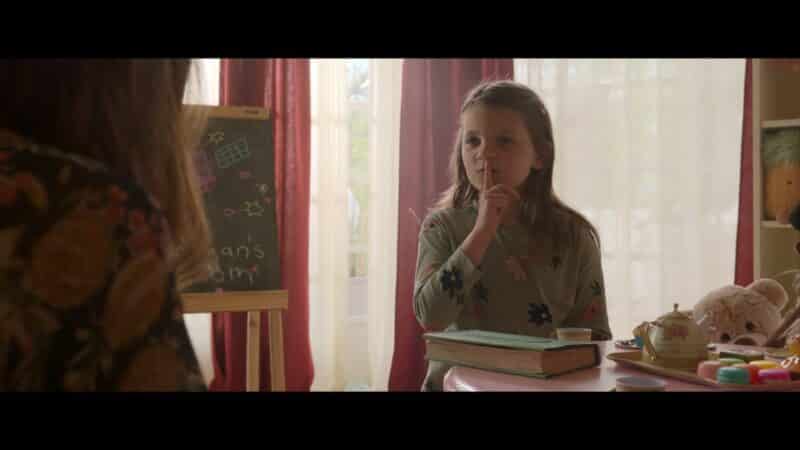 Cassie’s half-sister, who she never met while she was living.

One of Lisa’s heroes, who she hopes to be an assistant of for an upcoming project. 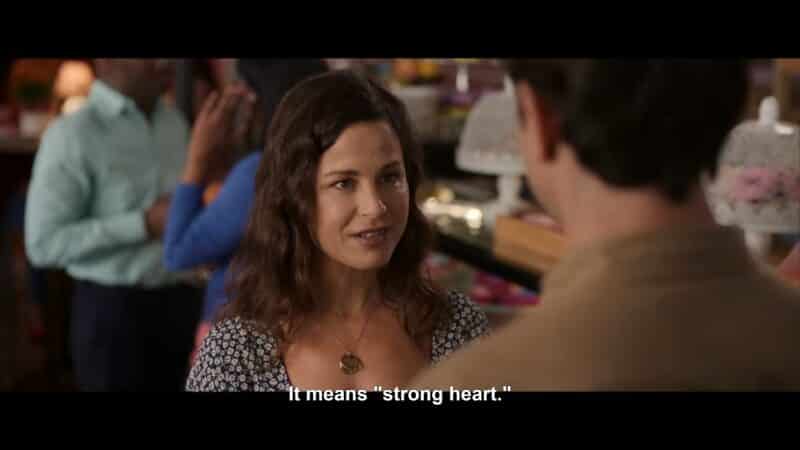 After Cassie’s death, Emme didn’t replace Cassie in Lisa’s life but did help fill the void with her kindness, pastries, and bakery. 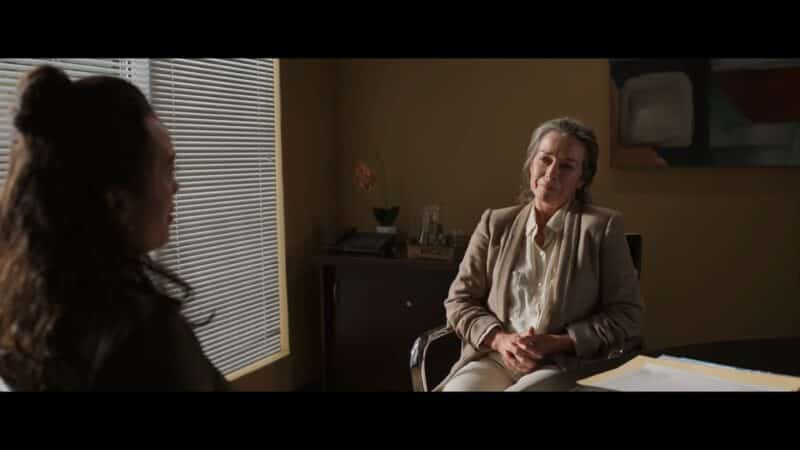 Modesty’s a myth that was sold to women a long time ago.
— Dr. Redding

Justice & Francis Are A Good Match 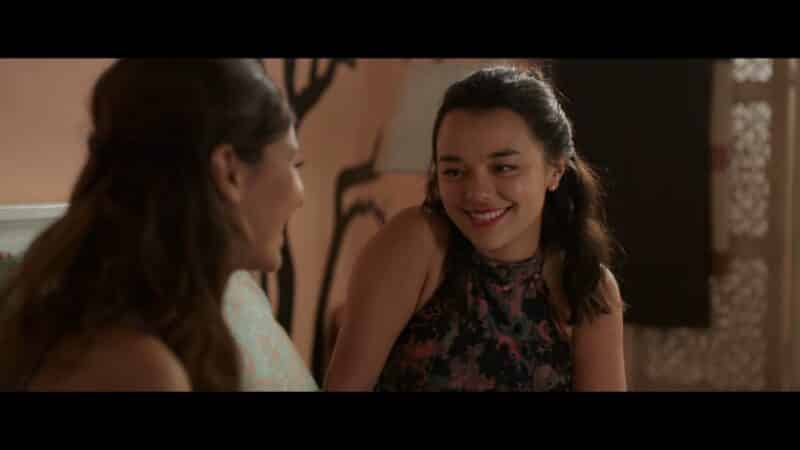 While there is some focus on Lisa getting into a relationship and Howie, the core relationship is Cassie and Lisa’s. This is mainly due to the way Francis and Justice play off one another, which gives you that best friend vibe. Their chemistry allows you to really believe that their opposites-attract dynamic since Freedle wrote them to lean towards a realistic portrayal.

Cassie helps Lisa get out of her shell a bit, and Lisa is there to try to reel in Cassie and try to keep her from going too far. If not provide Cassie the kind of peace needed so that she can recover from the chaos either out of her control or the chaos Cassie pursues. For example, Cassie sought chaos through party planning and being one of the most vibrant in the room in their adult lives. However, as kids, Lisa provided safety away from Howie and Sofia’s arguments which sound like they got pretty nasty.

And it is through not just telling us about the past, but us getting to really know Cassie’s parents and seeing how adjusted Lisa is, even if to the point of overthinking, that you don’t feel the need to question these two being friends. Never mind friends since the first grade and now roommates.

It Gets You Emotional

I know what some of you might be thinking, “How is this an emotional movie?” Well, take into consideration that Cassie died before she became 25, and the film really addresses the effect that has had on everyone. For Cassie, it means not finding the love of her life, getting married, having kids, or eventually reconciling and seeing Lisa experience that.

Also, her dad is utterly devastated, and while her mom has a new kid, Morgan, because her mom abandoned Cassie approximately before her teen years, and they never talked about that, there is a guilt that weighs on her. This all makes it so while the film never gets so deep or dark it deserves to be labeled a drama, it does produce serious moments that may catch you off guard and get you in your feelings. Especially as Cassie really gets to the heart of the issues needed to have Lisa, Howie, and Sofia marked off her list.

The pacing is terrible. In the long run, I support the time it took to build up Sofia, Howie and introduce characters like Emme, but while I can’t think of what they could have cut, I will say there were times I felt a bit bored. Mind you, I can’t pin down the specific reason, but I definitely do feel it has to do with Cassie feeling like a generic character for a good part of the film. Specifically, Justice really plays into that party girl persona, and it isn’t until they really deconstruct Cassie and make it clear this film isn’t all about her, that you can really get into it.

Afterlife of the Party, once it establishes its leads, expands beyond expectations and delivers a touching story that has comical moments, of course, but when it seeks to be more than what the trailer showed, that beating heart makes it worth seeing.

Afterlife of the Party Ending (Spoilers) on Page 2