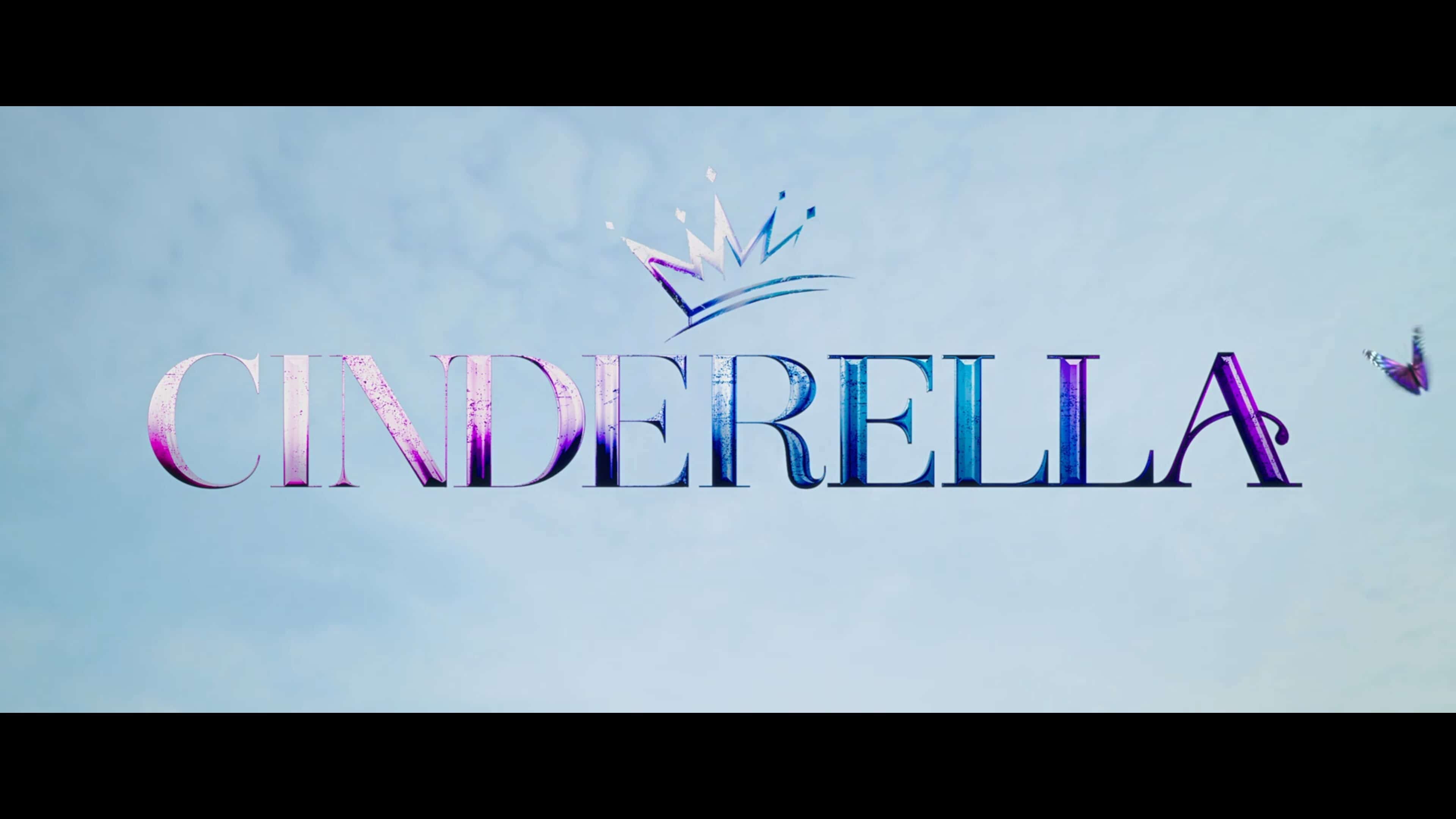 As long as you have an appreciation for camp, musical numbers, and corny humor, you’re like this new rendition of Cinderella.

In this rendition of Cinderella, a lot of the foundation is the same. Ella’s dad is dead, her stepsisters, Malvolia and Narissa, nicknamed her Cinderella, and her mom, Vivian, is cruel. However, this version changes things as Ella doesn’t spend her whole day cleaning or having animals help her with chores. Instead, Ella spends a notable amount of her time either making dresses or sketching designs. For her goal isn’t to meet a prince but own her own shop.

Also, in this rendition, the prince, Robert, king, Rowan, Queen, Beatrice, and the princess, Gwen, don’t have their lives revolve around the Prince finding a princess and the ball. The film, as a whole, pushes the idea that many want to go against the traditions (read: patriarchy) of the kingdom and break free. However, because it benefits him, the King has no intention of changing it, and thus, many are miserable, from Elle to Gwen and Beatrice.

However, Robert and Ella’s Fabulous Godmother might be the key to changing all that, as they make sure Ella can be at the right place at the right time.

Orphaned, but thankfully not as abused as in other stories, all Ella wants to do is open a dress shop within the marketplace. However, with being born a woman, no one believes she can or she should. Thus she focuses on proving everyone wrong.

Vivian’s daughter who is the meaner of the two, but she’s mainly mean towards Ella since the man she likes has taken an interest in her.

Like her sister, Narissa is a bit insecure, but less so because of Ella and more so just feeling like she isn’t pretty enough.

At one time, Vivian was a self-taught pianist who could be someone notable in society. However, one bad husband, the death of another, has left her borderline poor, with three children to worry about, and increasingly bitter.

Originally, Prince Robert is a bachelor who seems to have no intention of settling down or being seen as serious. However, meeting Ella changes everything for him, and he becomes a better man and person because of their interactions.

The King isn’t necessarily a bumbling idiot, but definitely, someone who heavily relies on the prestige and word of his title to bolster himself. Because of this, he doesn’t pay much mind to women, whether commoners, his wife, or daughter, no matter how genius their advice or statements. His only focus is his son preparing to take over the throne and doing so with a suitable bride.

At one time, King Rowan adored his wife, pursued her, and made her feel valued. Now? He treats his wife almost like an obligation to be King, which has led to her falling out of love with him and focusing her time elsewhere. Like in her paintings.

The brilliant daughter of the royal family who has futuristic ideas she’d love to pitch, but she is often shut down.

After rescuing them as a caterpillar, and giving them the safety needed to become a butterfly, said butterfly because the Fabulous Godmother. A being who helps Ella get into the Prince’s ball.

An absolute ruler, after killing her husband, while her murdering her man isn’t played upon, her love of fashion is, and Ella sees Queen Tatiana as her means of starting her business.

From Janet Jackson’s “Rhythm Nation,” The White Stripes “Seven Nation Army,” Earth, Wind, and Fire’s “Shining Star,” and Queen’s “Find Me Somebody To Love,” amongst others, the cover songs and the dance sequences for them are the initial hook for the movie. In fact, it may make you wish the film solely stuck to covers, for when you compare them to the original music, it makes you wonder why were original songs employed at all?

The Stepmother and Sisters Are Less Evil, And More So Dealing With Life’s Disappointments

Rather than make them comically evil, as we often see, there is more humanity given to Ella’s stepmother and sisters in this rendition. For example, Malvolia and Narissa aren’t some version of tweedle dee and tweedle dum in this version. Are they the sharpest and most intelligent? No. However, both are dealing with insecurities that aren’t played up for laughs but rather to show why they go along with what their mother does. For in an effort to feel better than Ella, at times, it allows them to feel better about themselves.

Then, when it comes to Vivian, she less operates as a golddigger who has to keep the baggage from her last marriage and more so as a woman who already gave up hope in her own life, is starting to for her daughters, and for Ella? Well, while a part of her admires Ella’s dreams, with being well acquainted with reality, Vivian, more harshly than she does with her biological children, tries to make Ella learn how to live in the real world. A place where women don’t own shops but rather cook and clean for their husband. Where, as Vivian learned, you can’t have something of your own, for it is all about your man. So rather than seem cruel for the sake of doing so, Vivian is made into a woman of the times, squashing Ella to be the one who disappoints her than someone she truly loves. For between the two, it would hurt less if Vivian was made the villain than someone Ella fell in love with.

Adding Layers to The Royal Family

While you can’t dig and find the same layers to the royal family as you can Ella’s stepfamily, they are there. Beatrice and Gwen are dealing with King Rowan, who so heavily relies on the status quo that it is stifling. For Beatrice, him being the King means losing the man she loved who pursued her, talked with her, and made her feel of value. Then, when it comes to Gwen, it is clear Robert doesn’t take the possibility of being a leader seriously, yet she does. But despite all the King’s massive powers, he would rather stick to tradition than make the person who wants a job to lead and rule the heir.

Which, in time, starts to erode the family dynamic. Never to the point of you feeling sorry for anyone, but recognizing how unfortunate their relationships with King Rowan is.

While You Get The Message It Wants To Portray, It’s Preachy

What makes Cinderella (2021) different from the others is that Ella wants more to her life than finding a man and falling in love. She wants autonomy, a business, and many women in the film want just the same. However, this film leans so heavily on that theme that it’s a crutch. One that you can hear getting ready to snap at any moment.

And don’t get us wrong, we appreciate how there is an attempt to modernize a classic tale without putting it in present day. However, it is too heavy-handed. I’d even say the message is made into terrible jokes that acknowledge the film is preaching to the choir, who know the patriarchal system is sexist and stupid. But it never smartens them up to compensate. Rather, at best, it uses the patriarchal system and how it oppresses women solely to the benefit of fleshing out Vivian. Beyond that? You may often find yourself appreciating how Cannon’s take changed Ella and Vivian, but everything else may make you roll your eyes.

Look who is in this movie, and the fact they are in a movie together that’s a musical. To expect this not to be campy would be foolish. Yet, it is in the original songs being hard to get through that gives the film character. In its heavy-handed messaging, you see it wants to almost act as the final blow to the old school princess story. Heck, taking note of how the royal family is, there is even a push to make you ask why is the Queen always so silent, or princess, when they are perhaps the smartest people in the room?

So while sometimes borderline ridiculous, Cinderella, for those who go in knowing what it’ll likely present, may make you roll your eyes throughout, but with a slight smile.

Cinderella (2021) is squarely focused on the audience this was made for. People who like musicals, characters being just a bit too extra, to the point of being camp, and enough of a change from the classic tale, to not feel like you are watching the same old movie all over again. And because this delivers just what is expected, that is why we’re saying this is worth seeing.