A Christmas Surprise – Review/Summary (with Spoilers)

Tanya, the owner of a hair care line, has been looking forward to the Christmas holiday for it means her daughter, Brittney, and her only child, returns home from school, and they can spend time together. However, with the reveal she is engaged to a boy named Amiri, an artist who forewent going to college, Tanya is ready to have a meltdown.

One that isn’t helped when Amiri’s mother, Demetria, a South African woman with money, shows up and further creates chaos out of what was supposed to be a two-person holiday. But, with Brittney as stubborn as Tanya, is Tanya willing to lose a relationship in hopes Brittney, who has only dated Amiri for a year, will see the light? 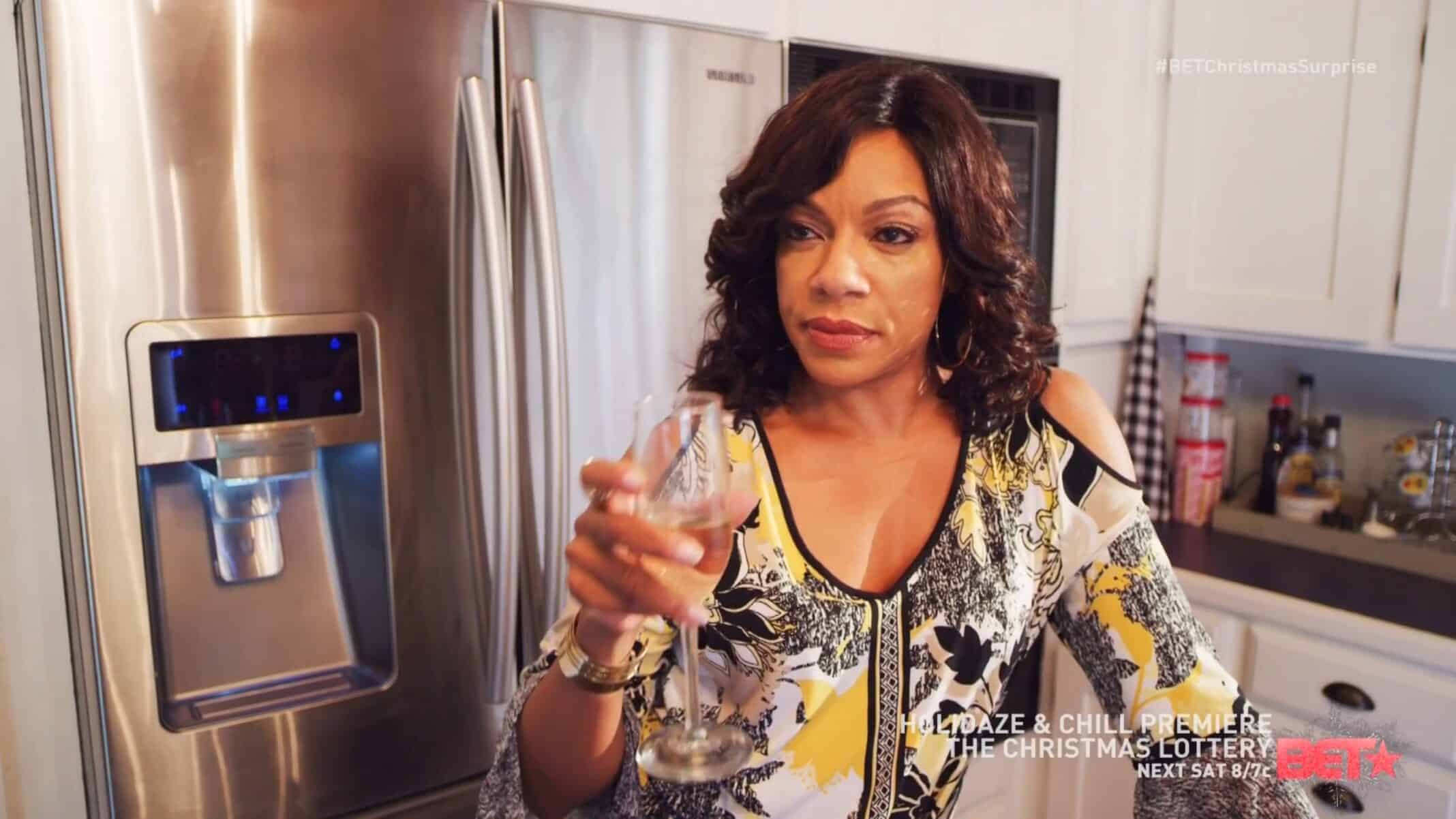 A divorcee, owner of a hair care line, a woman with a Master’s degree in business and marketing, and her own home, being single has never looked so good, but with Christmas coming around, all Tanya wants to do is spend time with her daughter. Brittney is a soon to be college graduate who has always had a close relationship with her mom and used to her dad being a little flaky.

A talented, soon to be world-renowned artist who skipped college, to the ire of his mother, and avoided becoming a doctor like his father.

Originating from South Africa and a family with money, Demetria is used to things going her way and people coming to her, asking what she needs. Which doesn’t mean she doesn’t speak up for herself, that is certainly not a problem. However, her ways do rub some the wrong way.

But, since her husband died, it is all on her, so being a Type-A personality comes naturally. 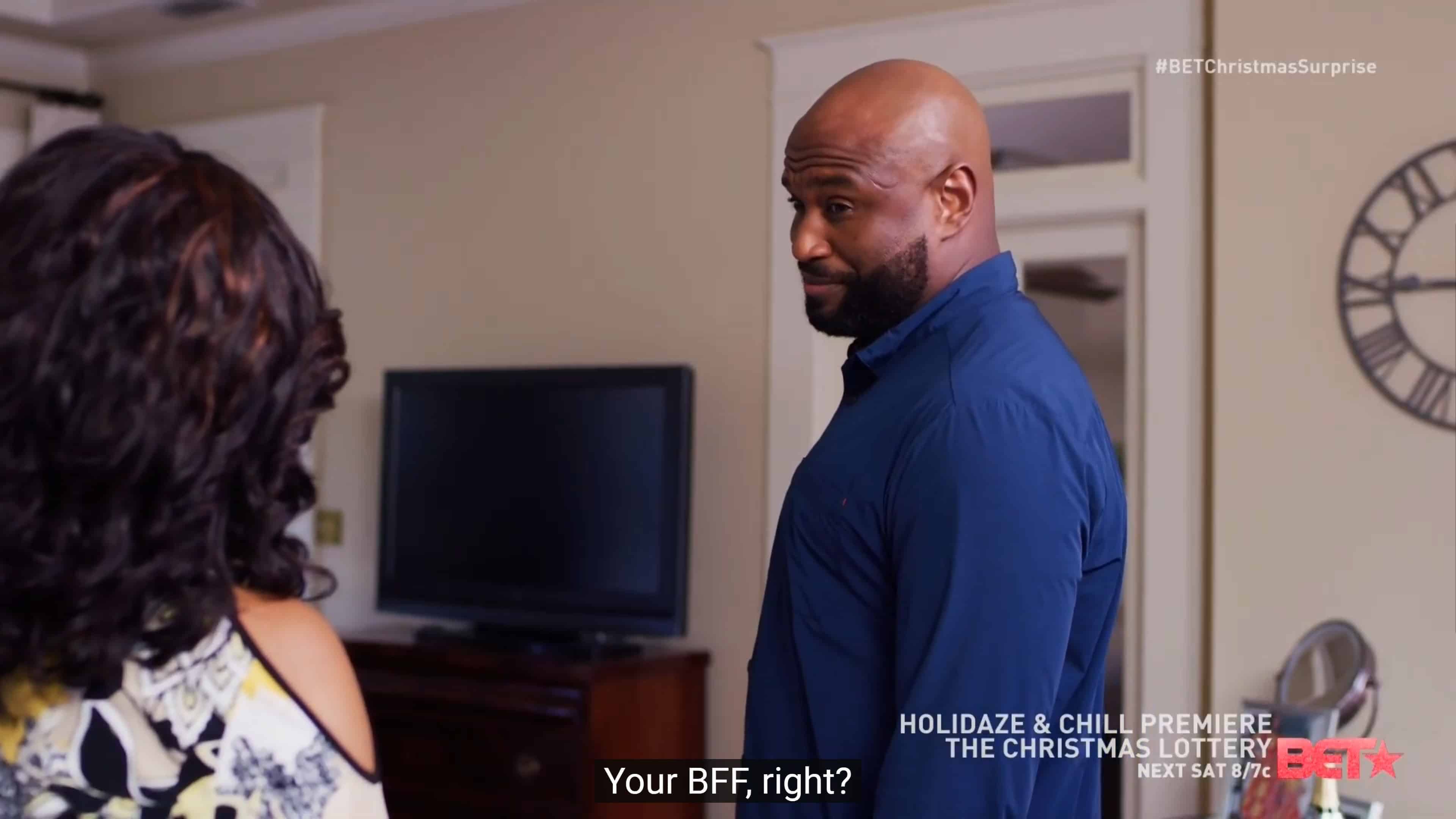 Tanya’s best friend and accountant, who she clearly is developing feelings for.

With Brittney’s father barely in the movie, all of the focus is on her relationship with Tanya, as well as Amiri’s relationship with Demetria. It is through these relationships the film presents depth as you come to understand Tanya’s closeness with Brittney is because she doesn’t necessarily have friends. Mind you, she does have Jaylin, who is clearly a love interest, but with being a single mother, likely who poured everything into Brittney, and her business, those two things are her world.

Yet, as Brittney reveals, while you like this attention as a child, it makes it difficult as an adult to really connect when there are so many dreams and ideas you’re expected to fulfill. But, on the flip side, with Amiri and Demetria, she is aware of what her son does but you can tell doesn’t fully accept it. Granted, is she proud he is a world-renowned artist? Yes. However, there remains that issue we saw in Life In A Year, where because this person, a Black person, was so affluent, there was this desire to have that legacy preserved through their child obtaining a position of status.

But as shown, while it is nice to have parents who are well off, if they limit what you can be, the sense of privilege some may see on the outside may not really be there. For that same hustle mindset is still stifling the generation which comes after as if there is still a need to be ruled by fear.

Though I should note, Demetria isn’t new money, so this is likely less about legacy and more about ego. After all, this is a comedy.

How Everyone Plays Off Each Other

Whether it is the romance between Amiri and Brittney, how Tanya shades Amiri, or the back and forth we see between Tanya and Demetria, the way everyone plays off each other is top-notch. Mind you, not to the point this might become your favorite Christmas movie ever, but with so many coming out this season, this one will definitely be remembered come January.

Wishing It Brought More Of Demetria’s Culture Into Play With Demetria being South African, there was this desire for it to be shown beyond her look. After all, this is BET, if you are going to include non-Americans who are part of the Black diaspora, truly bring them in. Have Amiri speak the language with his mom, Demetria talk about what certain things represent and truly bring not just herself, but her culture with her, rather than Americanizing them. For while it is a Christmas movie, it doesn’t mean you have to make it overly simple and can’t bring a little spice to it.

More Could Have Been Done With Jaylin

When you meet Jaylin, you assume it is Tanya’s husband. But once you realize that’s her friend, so begins the clock till she realizes she likes him more than a friend. Which is done in such a way that doesn’t make that romance cute at all. Yes, Jaylin is a good man to Tanya, but what does he get in return beyond someone to liven his life up with some drama? Maybe some catered food?

Like most movies that premiere on television, A Christmas Surprise isn’t necessarily the best but does what needed to be done. It gives you a comedic and cute Christmas movie, featuring faces you’re familiar with, and can leave you with fuzzy feelings. Mind you, are there many ways it could have been better? Yes. But considering it is decent as is, that’s why it got the mixed label. 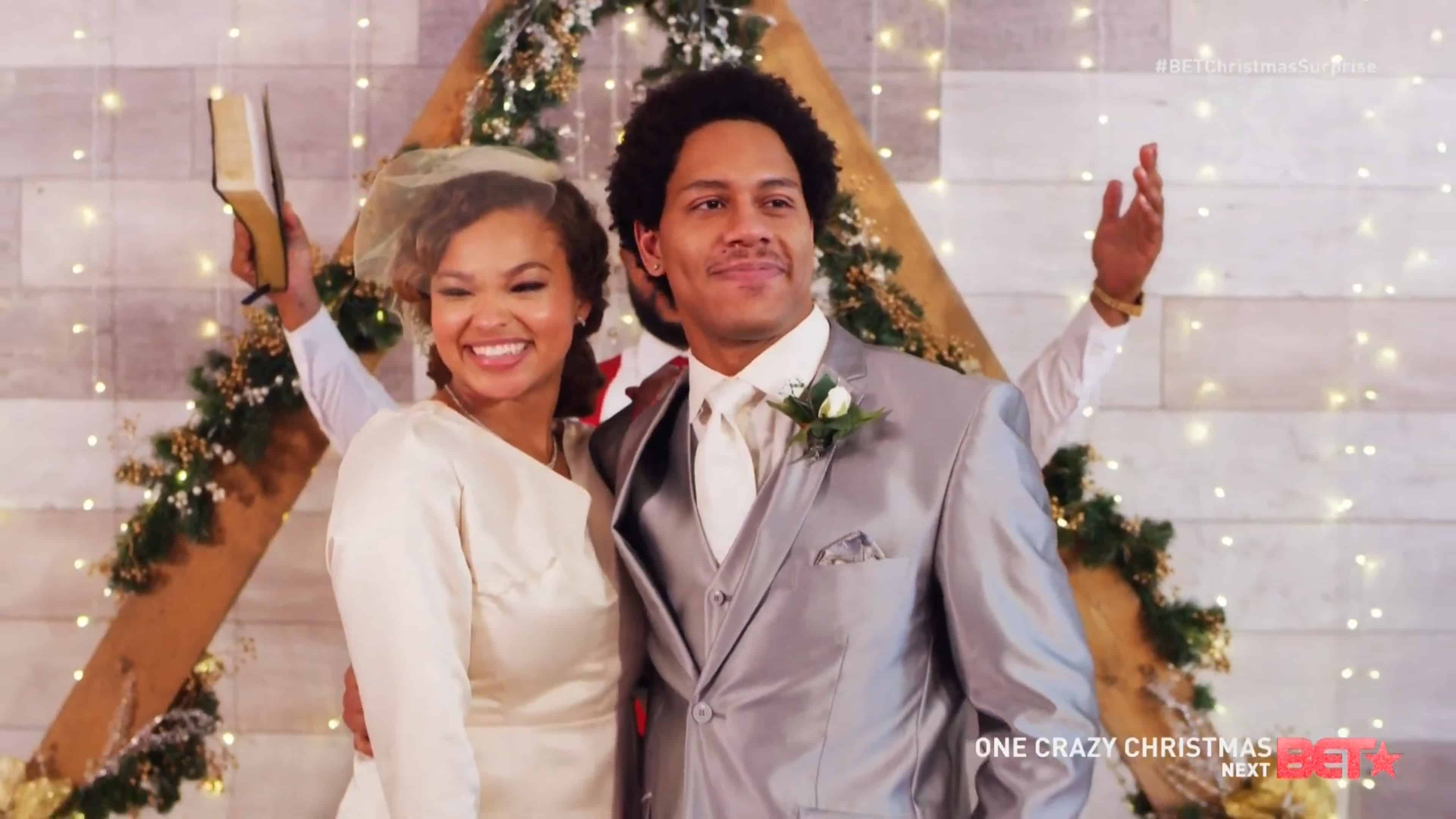 Amiri and Brittney get married, and her dad even shows up. And despite their difference, even having a spat at the wedding, Demetria and Tanya learn to get along. Not to the point of being best friends, but they respect the work put into raising their respective child and doing so as the lead caretaker since Amiri’s dad died and Tanya is a divorcee. This isn’t to say Jaylin didn’t help, but he is more so Tanya’s friend, who ends the movie as her boyfriend, than someone who is made to appear as an uncle or paternal figure.

Does A Christmas Surprise Have Sequel Potential?

Considering how many times Tanya asked Brittney if she was pregnant, the sequel’s surprise could be that Brittney is pregnant, and just for fun, they could say it is twins.

How Everyone Plays Off Each Other - 84%

Wishing It Brought More Of Demetria's Culture Into Play - 74%

More Could Have Been Done With Jaylin - 73%

Like most movies that premiere on television, A Christmas Surprise isn't necessarily the best but does what needed to be done. It gives you a comedic and cute Christmas movie, featuring faces you're familiar with, and can leave you with fuzzy feelings.