Life In A Year – Review/ Summary (with Spoilers) 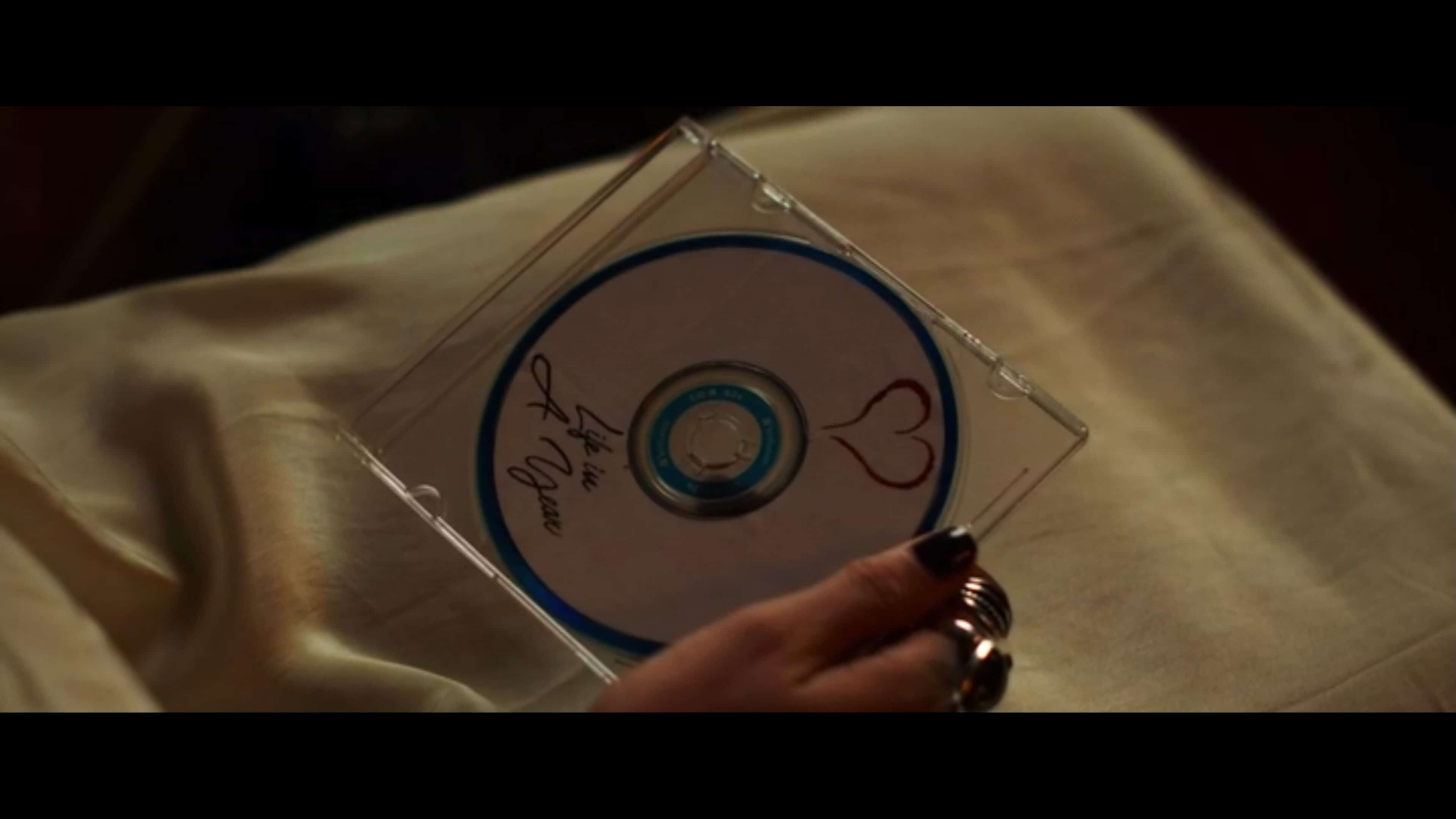 Daryn has lived his life based on a plan he and his father Xavier made down to the T. However, what that plan didn’t include was Daryn having fun or meeting a girl like Isabelle. Someone with turquoise hair, a rebel, and who was not the norm in Daryn’s life. Yet, the shake-up he presents is perhaps just what he needed. Especially as it becomes clear living his father’s dreams has meant Daryn putting his own aside.

Like many in high school, all of Daryn’s focus is honed in on what will get him into college – Harvard, to be specific. Hence him being in his school’s honor society, SGA, him being on the track team, and ignoring all the things he loves to advance what he is told will make him successful. Yet, it is through music, rapping, to Isabelle, his life changes.

With growing up poor, and working as a janitor to make ends meet, once Xavier got to a place of affluence, he decided he would create generational wealth. So with his son, he made a plan to get Daryn into the top schools and have him become a lawyer. Not because that’s what Daryn wanted but because that could set him for life.

Isabelle didn’t get the best set of cards between her mother abandoning her at 6 and father being who knows where. Yet, thanks to Phil, and her own ingenuity, what Isabelle may have lacked in stuff or in a prestigious academic record she made up for with personality. Which, as shown in the movie, isn’t something all are born with.

Isabelle’s caretaker who went from babysitter to parental figure.

Xavier’s wife, Daryn’s mom, who focuses more on her son having a life than living up to his father’s dreams and fears.

Just because I know what I want doesn’t mean I always get it.
— Isabelle

What you’ll appreciate about Smith and Delevingne’s dynamic is they bring themselves to the role. With Smith, you get this dry but lovable persona, and when you factor in all the expectations Daryn is weighted with by his father, you can see him relating to the character in more ways than one. Then with Delevingne, as always, she brings this insatiable charm, sarcasm, yet also the vibe that she only picks with people she loves. Otherwise, if you don’t inspire jokes, she won’t be more than cordial towards you.

And that combination makes it so, as she picks with Daryn, who she nicknames square, and pushes him to pursue his dreams, you could submit she does teeter towards being a manic pixie dream girl. However, as we’re presented with Isabelle’s whole, slightly complicated life, the character breaks away from that perception. For in reality, what Isabelle really is, is a young woman who takes initiative and isn’t afraid of being uncomfortable or making other people uncomfortable.

Which, yes, is something Daryn needs, but in return he gives her stability, consistency, and the kind of love which renews her faith in people.

We’re not huge into rap, but Smith’s two tracks, both of which he co-wrote, weren’t bad. Are they going to top the Billboard Hot 100? No. However, it fits who Daryn was, and they’ll get you bumping a bit.

Take note, Xavier came from nothing, was a janitor who worked his way up into a nice neighborhood, and simply wanted better opportunities for his son. Someone who, yes, takes advantage of them, but only through the limited opportunities his father presents. That is, rather than be allowed to use his dad’s privilege to experiment, fail, and try again.

And even if you take out the Smith factor, as you watch Gooding Jr. playoff Smith, you see, once more, that Smith makes for a good scene partner. Not because he lets you shine or pushes you, but can ebb and flow with you like rap lyrics. Thus making that connection feel so real that it pushes you to think it must be based on what little you think you know about him.

How Phil Was Handled

Phil is not featured prominently enough to label this as an LGBT film, but you do have to respect the fact that, outside of people questioning their pronouns once or twice, them being who they are isn’t a big deal. Rather, Phil is just a locally famous queen who does have a small stealing problem but is outright loveable. Especially considering they took Isabelle in, like a daughter, and raised them.

It May Feel A Bit Long At Times

While the runtime is used wisely, I’m not going to pretend there won’t be moments you may check how much time is left, as Daryn upsets Isabelle. Also, as Isabelle really gets sick, you may wonder how long you’ll have to see her suffer? Never mind, considering this film is supposed to represent a year, and it’s a year of milestones, there may come a point where you feel the film bypasses making light of little moments and has one too many grand gestures. Thus siphoning a bit of the romance between Daryn and Isabelle.

Yet, nothing major happens which makes you want to fast forward, or anything like that.

I cried. Not for most of the movie, when I just felt minor waves of emotion, but I cried by the end. For while I can’t say this is a perfect film, it is definitely good enough to rent, maybe even potentially buy.

The reason we believe that is Smith and Delevingne truly make an awesome pair and the casting is ace. Be it how they play off each other, how their characters are written, or even their relationships with other people. There is something about Life In A Year that feels like a reminder of the talent you saw Smith have in The Pursuit of Happyness and that Delevingne’s in life personality masterfully can be transposed onto her characters.

Hence the positive label. Life In A Year doesn’t seem like it should be one of those random digital releases that get lost as weeks go by. It comes off like a Netflix release or something that wasn’t huge in theaters but got the kind of word of mouth which made it HUGE when finally given a digital/physical home release. So definitely check it out from your favorite online vendor.

Life In A Year Ending (Spoilers)

As you should expect and were warned, Isabelle dies. Of what? Well, she hints, while getting chemotherapy, that it was ovarian cancer thanks to a teratoma tumor. It isn’t said which stage she had but considering she was given a year to live, it was probably the later stages. Yet, before she died, she gave in.

How? Well, she married Daryn, in a very risqué wedding dress. Also, while she didn’t learn who her father was/is, she did reconcile with her mother, Amanda, who abandoned her when she was 6 due to being an addict. Also, she may have launched Daryn’s career as D Square. All thanks to a dying letter and sending his demo off to a local radio station. Thus making that her final push for him to own his dreams.

Now, as for Daryn, how do things end with him? Well, after upsetting his dad to the point Xavier nearly punches him, they reconcile at Isabelle’s funeral, which happened to be Daryn’s graduation day. And as for Daryn and his mom, Catherine, they are cool – as they always were.

Leaving Phil. Well, they still have their show at a small local theater and now a few happy memories. But whether or not Catherine or Daryn stayed in touch is unclear.

Does Life In A Year Have Sequel Potential?

Could it? Yes. We could focus on Daryn’s year after Isabelle dies or the year he meets someone new, and his fear leads to Isabelle going from the love of his life to the person pushing him to move on. You know, in some angelic form. Since it remains to be seen how bold Daryn might be as he starts the next chapter of his life. And even if he starts advocating for himself more in music, it doesn’t mean his personal life is going to get the same treatment.

Life In A Year doesn't seem like it should be one of those random digital releases that get lost as weeks go by. It comes off like a Netflix release or something that wasn't huge in theaters but got the kind of word of mouth which made it HUGE when finally given a digital/physical home release. So definitely check it out from your favorite online vendor.