Love, Simon completely wastes its nearly perfect cast with the kind of adaptation which makes you wish it completely disassociated itself from the book.

At 17, and a senior in high school, things are rather good for Simon. He has two best friends he’s known for most of his life, Nick and Leah, and a new one who just moved into town, Abby. On top of that, he has a pretty ideal family. They live in a rather large suburban home, parents are high school sweethearts who are still very much in love and happy, and his little sister Nora enjoys cooking a lot of the family meals since she wants to be a chef.

Yet, there is one thing missing from Simon’s nearly perfect life: Love. Why? Well, because he is gay. On top of that, he is gay and not necessarily desperate. While he knows about Grindr and that there are websites and apps, what he wants is the same high school relationship Abby can have, Nick can have, and even Leah. Which makes the discovery of someone named “Blue” on the school’s Tumblr page not only a surprise but something which immediately gets his attention and pushes him to reach out.

However, being that the book at least, not mentioned in the movie, takes place in Georgia, and Simon isn’t even out to his best friends, he uses a fake name. One which Blue responds to and this leads to quite a bit of back and forth between them. Which sadly gets discovered by Martin. This little creep, who likes Abby, decides to blackmail Simon into helping him or else he’ll out him to the school. But, as seen in the trailer, despite trying to push Abby towards Martin’s direction he fails. Leaving him exposed, Blue tapping out for he is still isn’t ready to come out on that level and us watching Simon desperately try to find Blue as if graduating without meeting him would ruin the nearly perfect life he has.

Perhaps the one change that book readers might appreciate is Ms. Albright. Though she is now a bit crass and lives in this almost MTV type of world Love, Simon crafts, Rothwell makes her so hilarious. I’m talking, for those who love her on Insecure

, this really does push the idea this young woman needs her own movie or series because she can be consistent. For whether dealing with the fact none of the kids seem that talented, as they do their rendition of Cabaret or dealing with two kids bullying Simon and another gay kid, Ethan, she one of the few things changed you can accept and appreciate.

The Casting of the Leads 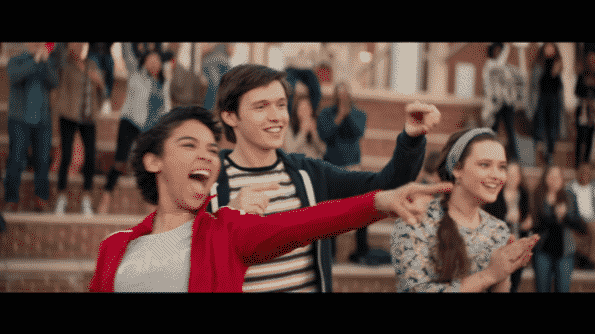 While Nick, based off my reading of the book, got race swapped, when it comes to Simon, Abby, and Leah, you pretty much have perfect casting. Robinson, fresh from Everything, Everything proves himself to be the type of heartthrob you can imagine in any movie, whether playing someone gay or straight. Also, the sort of awkwardness of book Simon, yet not so awkward it seems he is fitting into a Hollywood style awkward, is handled so wonderful and with realism.

Shipp as Abby pretty much redeems herself for the majority of movie roles she has had thus far. She fits well into the happy-go-lucky persona of Abby and then there is Katherine Langford. Oh my god, after reading the book, I so f***ing hate what they did to Leah considering how perfect Langford is for her. To the point, even more, I so hope if Looking for Alaska ever does become a thing, they have her dye her hair blonde and make her Alaska. For honestly, I think she could really make a career about of being YA novel characters like Chadwick Boseman does being major Black figures.

The Majority of the Changes From The Book (Full On Spoilers) 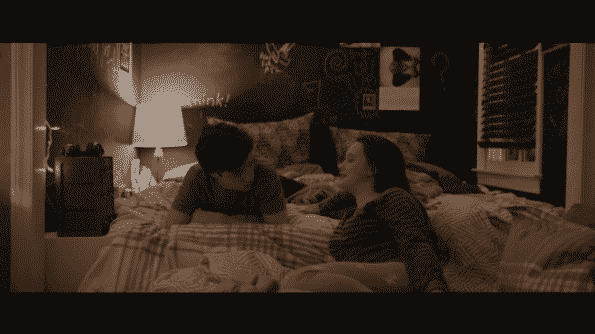 It all started with Martin. In the book, Martin actually seems like he could turn the whole blackmail thing around. He is presented with this sort of charm and nerdiness that makes you think a Michael Cera type would be perfect. However, instead, we get the kind of character who seems like he is straight from a scripted MTV or Nickelodeon show. One who fits into some sad, creepy, trying so hard to be comical, nerd. And from there, you come to realize more and more that any hopes you may have had for the film they will turn to dust.

Reasons? Well, they play with the idea of who can be Blue by having Bram (the actual Blue), imagined and dropping major friggin hints that he is Blue. I’m talking about the kind that makes it seem, if you read the book, they pretty much gave away the ending and just didn’t really want to build up to that reveal at all. Which is the other issue of the film, the e-mails and what they mean to building up the relationship Bram and Simon have is cut to the point Simon just seems desperate for a boyfriend and because Bram was cute, SCORE!

But let’s jump back to Martin real quick. In the book, while he does blackmail Simon and the emails are released, what Simon doesn’t do in reaction is lie to Nick about Abby having a college boyfriend and pushing him to go on a date with Leah. Who, by the way, doesn’t even like Nick in the movie but has had a long-gestating crush on Simon. So, you know how most romance movies have this overdramatic moment where it all falls apart? Well, it comes from Simon’s friends learning he got outted and then putting two and two together when they talk to each other about it. 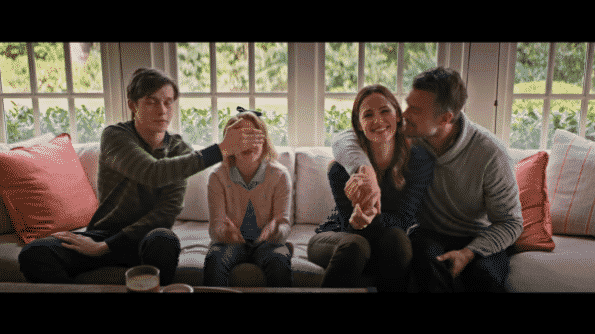 Oh, and with Alice cut from the movie, and Nora now a chef, alongside the play being Cabaret

and the play really having little to no meaning in the film, more of the build to the book’s satisfying ending was cut. Including the epic ending Leah has, with Nora, that makes it so her role isn’t just suffering in silence as she gets passed over and get left out.

Other things worth noting: Abby is made to be a bit more urban, since she is from DC and all, and they give Abby the daddy issues Leah had in the book, in regards to her father cheating on her mom. Also, they change the way Blue comes out. He does come out to his dad but we hear nothing about him coming out to his mom. I should also note Simon’s parents have more of a presence in the movie than the book. Lastly, the film, with Ethan and other characters, tries to make being accepted not all about Simon but more of a community thing. This includes others coming out with their issues in life towards the end of the movie.

Realistically, no movie is going to faithfully adapt a 300+ page book word for word, moment to moment. It is just not going to happen. However, while some artistic license, like Bram’s awakening being because Jon Snow or yet another movie with Trump jokes is alright, considering everything else that goes on, it makes even these little things hurt your heart.

In the book, there are references to other gay kids but we don’t get a name and they don’t really get much of a voice. In the movie, they do in the form of Ethan. Someone who some may consider femme, or just very posh, and has an interesting story. Granted, it seems to be like many a gay Black storyline where his family hides he is gay, despite him very much being out, but the way Moore plays Ethan makes it so you want to give him a pass. If not hope, and expect, an indie movie where he can have his own story. Not one attached to a film which tacts him on seemingly for the sake of diversity or inclusion. Whichever is the buzz word currently being used. 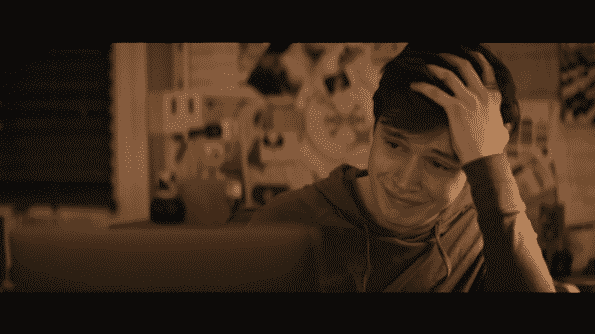 I’m trying to shift my thoughts to wonder if I didn’t read the book if I would have liked this. When doing so, I think about how this film is generically progressive and wants to be very optimistic about coming out. I think about how it pushed for the kind of comedy Nickelodeon produced back in the 90s to early 00s, including a comedic vice principal in Mr. Worth. This is alongside a music number, in which Simon is trying to figure out what kind of gay person he would be, and the poor handling of Blue. Be it us figuring out who he was to building up his and Simon’s relationship. With what we are given, it almost seems Simon would have probably ended up looking for love in all the wrong people on Grindr, or a website, if he didn’t find somebody in high school.

Hence the mixed label. Whether you read the book or not, there is something about this film which tries to rest too heavily on its ideals and its comedic moments. All the while avoiding a lot of bits of what made the book deserve to be adapted into a movie, besides having a gay protaginist. For, in the long run, what you get from Love, Simon is the kind of teen love story a lot of straight teens get to have. But, sadly, it keeps the majority of the issues which make a good portion of them terrible.