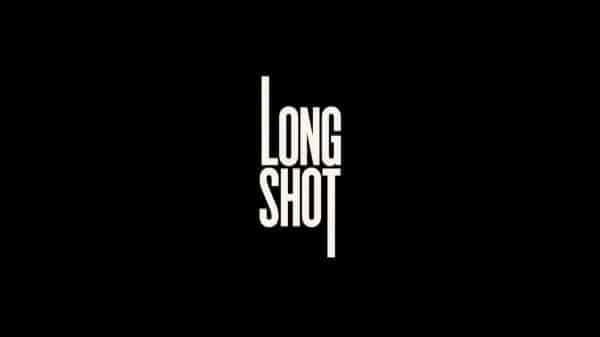 In a strange twist, Rogen ups his game to what you’d expect from Theron, and while he maintains his comedic style, he also veers towards being a more serious actor.

After 25 years of not seeing each other, self-righteous journalist Fred runs into former babysitter, now Secretary of State, Charlotte Fields. Unfortunately, this is on one of the worst days of his life since Parker Wembley bought the independent newspaper he worked at and he felt the need to quit in protest. Luckily, his friend, Lance, is a big-time trader and apparently has access to the swankiest parties and, with them being college friends who promised to be there for one another thick and thin, he takes off so they can go to a party. At said party, after some Boyz II Men, Charlotte runs into Fred, reacquaints herself with him, and that leads to an idea.

You see, with President Chambers, a TV actor who played the president becoming the real president, wanting just one term, Charlotte tries to gun for his endorsement since she might be one of the few who legitimizes his presidency. However, one of Charlotte’s issues, when it comes to polling, is she isn’t seen as that funny. Enter Fred, who is a serious journalist, yeah, but also has a raw and comedic writing style, and Charlotte thinks she found her man.

One who her own secretary, Maggie, may not support, but with Charlotte wanting someone who knows her, her voice, and is passionate, he gets the job. Then, with Lance’s encouragement, he goes so far as trying to win Charlotte’s heart. Which will be his biggest challenge since it will require Charlotte choosing between compromising to reach her goals and being completely true to herself.

While Seth Rogen isn’t trying to mimic Kevin Hart in The Upside, one could argue that as much as he is maintaining his comfort zone, he is venturing out a bit as well. For while Rogen has usually acted in films dealing with the tough transition from being in young to realizing you are a full a** adult, there is something different here. Maybe it is because Charlotte doesn’t feel written to be his straight person or simply his love interest. She is a woman with layers, who does curse, crack jokes, and can be crude, but that isn’t the totality of her personality. Thus making Rogen step up when it comes to his character who still is the same person he plays in most of his movies, but you get a sense of maturity.

One of the ways this is seen is Rogen taking it from the erratic madman he usually portrays and taking cue from Theron on how to be funny without coming off like the male Melissa McCarthy. That is, playing it big from nearly beginning to end, with a few quiet moments to remind you there is some basis of a human being involved. Which opens up Rogen to seem like he doesn’t have to be the joke all the time to be funny. Sometimes he can be funny in the same way your best friend is with just quick wit or a gross remark. Rather than seeming if he doesn’t go over the top, he won’t get the laugh.

The Political Comedy Was Okay

I’m not big into political comedy, yet with there being limited commentary about political parties and it being more on how corrupt government officials and the media are, the jokes were enjoyable. Not to say President Chambers couldn’t be seen as a Democratic version of Trump in some ways, but with spreading things around, you aren’t left feeling you heard this joke a million times. In fact, one of the handful of jokes dealing with Lance being a Black Republican, were actually funny. Maybe not as developed as you may like, but I think it was more about the idea of a Black Republican who doesn’t seem like a victim from Get Out than anything else.

Fred & Charlotte Made A Cute and Believable Couple

There is always the issue of imagining someone like Fred, who is a bit unkempt, and only has his humor winning over someone with their s*** together. That’s understandable. Yet, Long Shot reminds you that there are ways to compensate for what people see as flaws. For Fred, it was that he was funny, tried to get Charlotte as a person, and wasn’t afraid to call her out. Also, he was 100% authentically himself and wasn’t influenced by polls, donors, or anything like that. Which, in Charlotte’s world, is attractive.

And it is with seeing that, and Fred stepping up instead of expecting Charlotte to come to his level that you begin to like these two together. Not to the point of shipping the actors, or anything like that, but hoping they’d maybe work together again in some capacity since you see there is chemistry there. The kind which could work beyond being romantic but siblings, a platonic duo of some kind, and things of that nature.

It Does Feel A Bit Long

With the movie having us follow Charlotte as she globe-trots for an environmental pact she wants to be worldwide, there will likely come the point when you may check your phone. Not to say you will get bored, but more so feel like the film is beginning to overstay its welcome a bit. Primarily due to Long Shot having just enough jokes, just enough romance, and just enough commentary but not excelling in any of them enough to distract you from the film’s time length.

You May Not Laugh As Much As You Think You Would

While comical, this film isn’t downright funny. Rogen does a lot of the heavy lifting when it comes to the jokes, and while Theron lands multiple jabs, they aren’t enough. And as much as Lance is used to try to create some comedy, with them rooted in him being the Black best friend with the awkward white best friend, they are more miss than hit. Add in Rogen not pursuing a lot of physical comedy, stoner comedy, and toning himself down, you are more presented with chuckles than anything which would make you unabashedly laugh as he does.

Here is the thing, I like Long Shot but at the same time feel like Long Shot is underwhelming. Yes, it pushes Rogen a bit further down the line when it comes to his film choices, yet it isn’t as funny as I hoped. Also, while I enjoy some of the commentary, like the jokes, as many as they are, they are nearly all weak jabs. The kind which seem geared to be made to not alienate any specific audience too much and in trying to show Rogen in a more mature fashion, they kind of kill off what is his shtick.

Hence the mixed label. Everything good Long Shot does arguably is met with something which takes away from something deserving outright praise. Rogen trying to mature his style and try other things is good, but it isn’t compensated with someone else who is funny, a really good political movie, or an awe-inspiring romance. Not to say contradict saying he and Theron make good scene partners but with it feel like she only got to be the funny one to prove Charlotte isn’t a stick in the mud, it made turning Rogen down make this film longer than it needed to be. Especially since Charlotte’s path towards running for president isn’t inspiring or that entertaining.

Fred & Charlotte Made A Cute and Believable Couple - 80%

The Political Comedy Was Okay - 81%

Everything good Long Shot does arguably is met with something which takes away from something deserving outright praise. Rogen trying to mature his style and try other things is good, but it isn’t compensated with someone else who is funny, a really good political movie, or an awe-inspiring romance. Not to say contradict saying he and Theron make good scene partners but with it feel like she only got to be the funny one to prove Charlotte isn’t a stick in the mud, it made turning Rogen down make this film longer than it needed to be. Especially since Charlotte’s path towards running for president isn’t inspiring or that entertaining.