written by Amari May 3, 2019
0 comment
FacebookTwitterPinterestRedditEmail
Table Of Contents

All of Netflix’s past teen romance films seemingly were all just a warm-up for The Last Summer.

It’s the last summer before college, and things are complicated. For some, like Phoebe and Audrey, things are complicated because of money. Others, like Chad, Reece, and Foster are trying to make it for the high school experience (dating and sex) they didn’t have. Then there are those like Alec, Erin, and Griffin who worry about losing out on love because either college will make it too hard to maintain a relationship or they didn’t say what they feel.

Over the course of the film, you’ll see everyone try to deal with their pending separation from what they know, who they love, and try to begin adulthood on the good foot. However, what fun would it be if it was all too easy?

I think I’ve always sort of been an outsider on the inside. […] Sometimes I feel like I’m floating over my body, like, watching my interactions.
— Phoebe

Sometimes I fear whether I’m even capable of love or if I’m just destined to observe it for the rest of my life. [And] I worry if I’ve never been able to fully let my guard down with someone, maybe I’m not capable.
— Phoebe

Everyone Was Made Relevant Often, to cut time and energy, I just focus on maybe 3 to 5 characters at most and the ones left on the wayside aren’t a huge loss. This movie makes it so no one feels left behind and I can’t do that. For even in the case of Reece and Chad, who are the complete outsiders, their relationships with Janet and Claire aren’t something I can just omit and not feel like I’m doing the film a disservice. Particularly because the film makes sure to cover all angles.

With Chad and Reece, they present the nerds of school can find love, real love, before they are rich and all that, if they just put themselves out there, be true to themselves, yet are willing to grow up a bit. And while there might be some wishful thinking in Chad and Reece meeting women like Janet and Claire, who approach them and pursue them, what is the point of media like this beyond hope? That is, the hope that, even if you can’t have what this character or that character has, there is some sense that it is possible?

I mean, take Foster and Griffin. Both of them seemingly worked hard to get either erase childhood trauma or to try to make up for lost time. Which, in Foster’s case, he was a slimeball about it, but with Griffin, he was a bit of a sweetheart. However, the thing to note about their journey is how, despite Foster’s difficulty in hooking up and Griffin’s in working with Phoebe’s hesitation, they never gave up hope even when they seriously messed up.

But, lest we forget, sometimes bad decisions are just made to direct, if not redirect, us. Take Alec and Erin. They fear that a long distance relationship won’t work and despite two years together, they try to call it quits early on in the summer rather than in August. Yet, taking note of what they go through, you are pushed to realize that, even if something seems like it is at its end, you should enjoy it while it lasts.

After all, as seen through Phoebe and Audrey, you can’t operate under fear and expect good results. With Audrey, she has let fear push her into settling in relationships, school, and also work. Making for many a relatable moment that might be triggers for some. Yet, thanks to one little girl, Lilah, she is reminded of how miserable you will become if you live out someone else’s dream for you.

If not, in the case of Phoebe, letting someone else’s actions create a deep-rooted insecurity which leaves you stunted in a way. Not just in terms of your emotional development, but maybe even professional since the idea of Phoebe letting her guard down, when it comes to Griffin, may go beyond relationship wise but also her art. For what artist can really be successful without some sense of vulnerability and exposing that to the public? Especially if Phoebe plans on trying to get others to open up so she can spread their stories, past, present, and what they hope for the future, to the world? 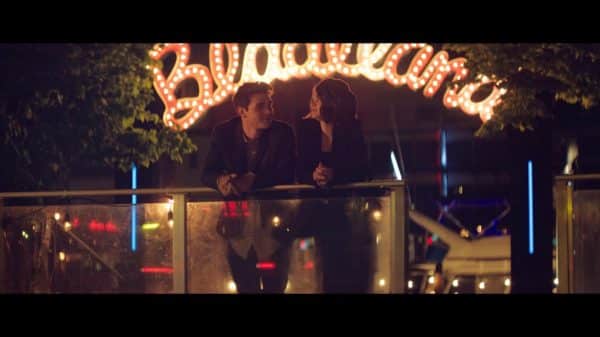 With no kid with some life-threatening disease or anything of that nature, I was not expecting to be in my emotions. Yet, specifically when it comes to Phoebe and Griffin, they had me all over the place. One minute I’m smiling and crying tears of joy, which is a strange ass thing to experience. The next moment I’m ready to call one of them a dumbass and mad, like every damn romance movie, something had to happen.

But it isn’t just them. While they are the big time highlight, it is also nice to watch Audrey and Lilah bond and someone treat Lilah like a child and not someone to live vicariously through. Also, I must admit Erin and Ricky were a cute couple. For while she was a city girl, she strangely matched his down-home Texas upbringing and made it so opposites seemed like two conjoining puzzle pieces.

Heck, even for Mason, Griffin’s rarely seen skater/ stoner friend, seeing him really commit to his dream and make it, just created this constant feeling of joy you don’t expect from movies anymore. At least when the movie isn’t a comedy.

It Still Has Shoe Drop Moments, But The Reaction Isn’t Always The Expected One 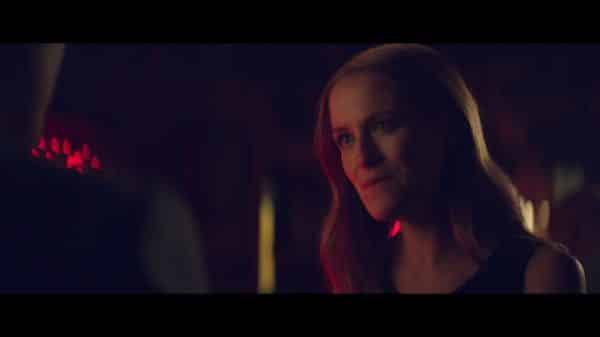 The shoe drop moments are a bit of a mixed bag. On the one hand, they are obligatory since no couple or situation is supposed to go well forever in movies or shows. Yet, none of them have that grand gesture apology or anything which seems so tired and familiar it would ruin the movie. Often times, the truth and an apology is all that is required, and none of the incidents make you feel that isn’t enough.

Heck, even for Ricky, while he does something which could come off greasy, he doesn’t seem like a bad guy. He is allowed to feel complicated in a way you don’t expect. Making it so you don’t feel like outright damning him because of who he is paired with, and his situation isn’t black and white. There is enough grey for you to feel torn. 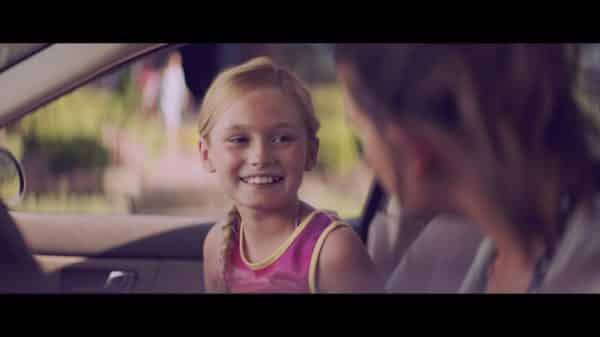 What I love about The Last Summer is that it doesn’t try to be cheesy. There aren’t weird jokes about what it is like to be a teenager, you don’t feel like the writers, despite being men likely nowhere near the ages of the cast, are out of touch, and it just feels honest. Be it about recognizing a relationship is at its end, that one is beginning, and you’re scared, or your life will not go as planned and it could be okay. It touches on so much most films avoid, for some reason, since they’d rather make things light, comical, or bear down on the drama so much it seems they’d rather pursue an accolade than give us three-dimensional people.

Hence the positive label and recommendation. I can’t say I may watch the movie again, but I would definitely tell people it is worth seeing. Especially those who love a good romance, some feel-good moments, and drama which is authentic but not too heavy. More so the manageable stuff in life which may be challenging but isn’t presented like the absolute end of the world.

Everyone Was Made Relevant - 90%

It Still Has Shoe Drop Moments, But The Reaction Isn’t Always The Expected One - 75%

I can’t say I may watch the movie again, but I would definitely tell people it is worth seeing. Especially those who love a good romance, some feel-good moments, and drama which is authentic but not too heavy. More so the manageable stuff in life which may be challenging but isn’t presented like the absolute end of the world.