written by Amari May 13, 2020
0 comment
FacebookTwitterPinterestRedditEmail
Table Of Contents

Between flinch worthy violence, Terry Crews and Ken Foree, alongside a handful of jokes, there is more good to say about “John Henry” than bad. Raised in Compton and named after John Henry due to the way he gripped his father’s finger as a baby, John almost went down the wrong path. However, after killing someone and an incident with a gun, John left the gangster life behind and pursued other ways to make a living. But, thanks to a girl hiding under his stairs, John finds himself dragged into the life he tried to avoid. 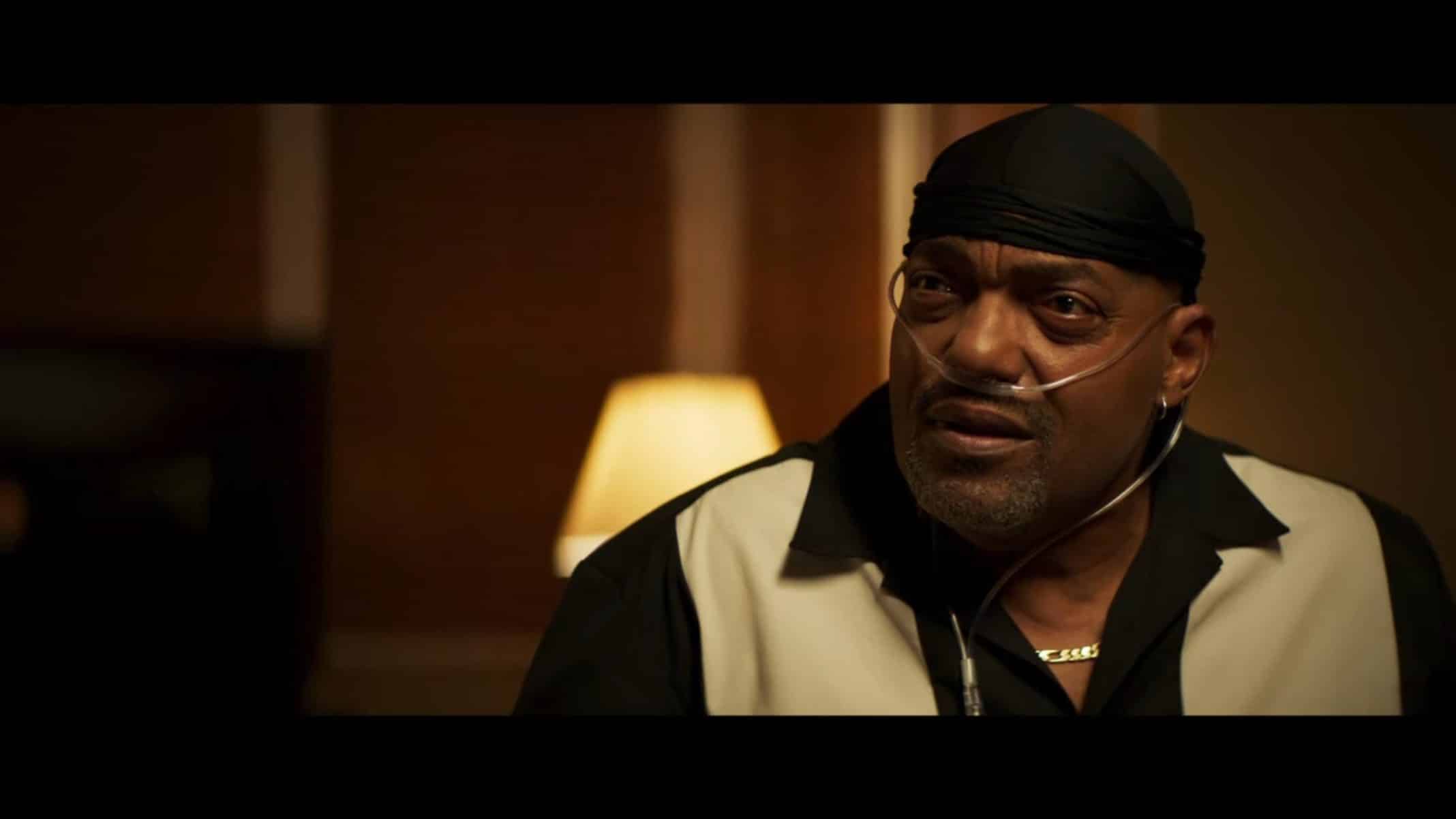 John’s father, who, after a stroke, was left unable to walk or use his self-proclaimed, legendary penis. Thus leaving him looking out the window at all the women he could have. 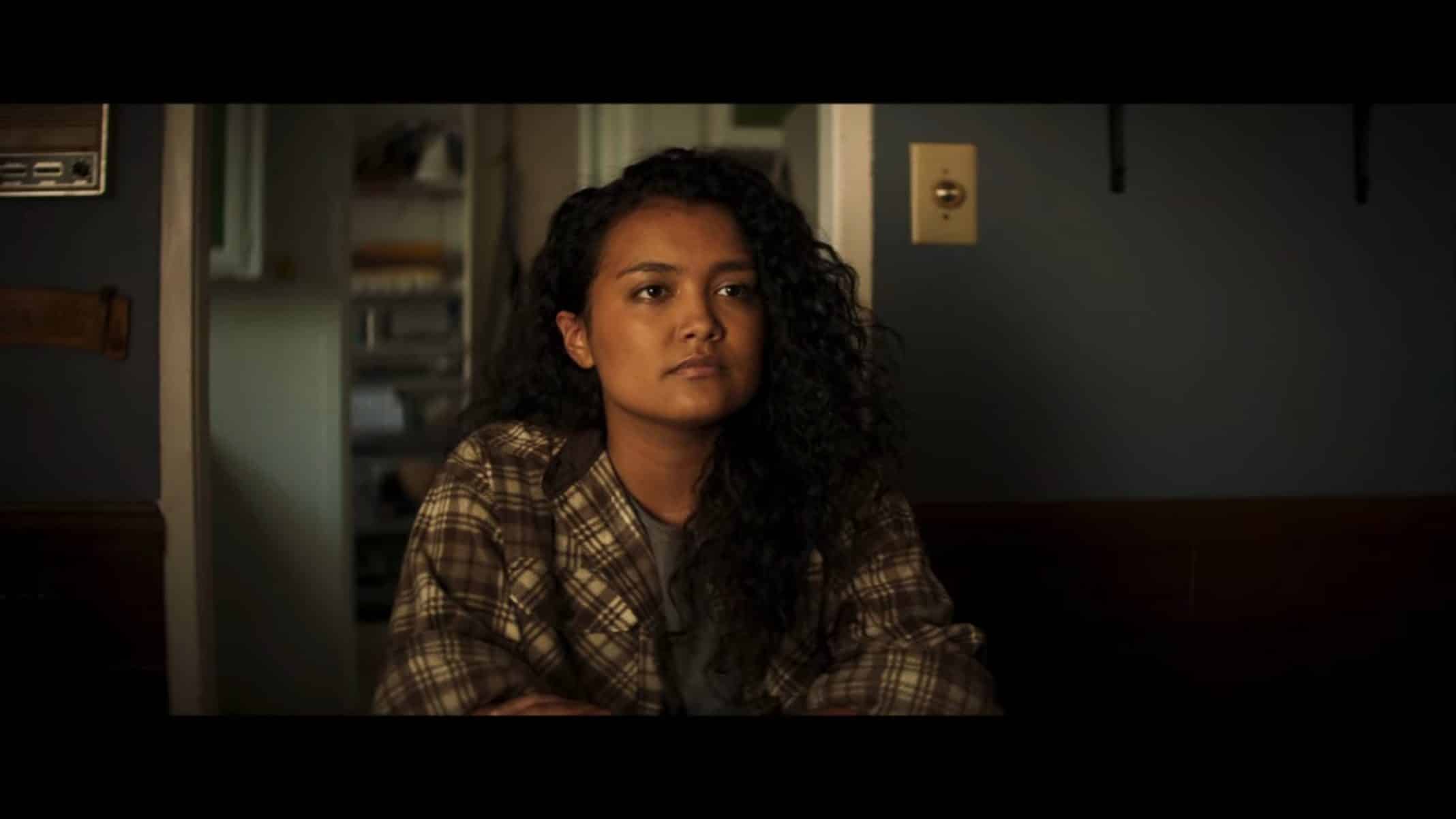 A Honduran immigrant who came to America in search for her father after her mother is killed. Hoping that she’ll find asylum and get to be with the dad she only knew of through the seldom letter. A local crime lord that wears a metallic piece on his jaw and uses fire to teach his enemies a lesson. 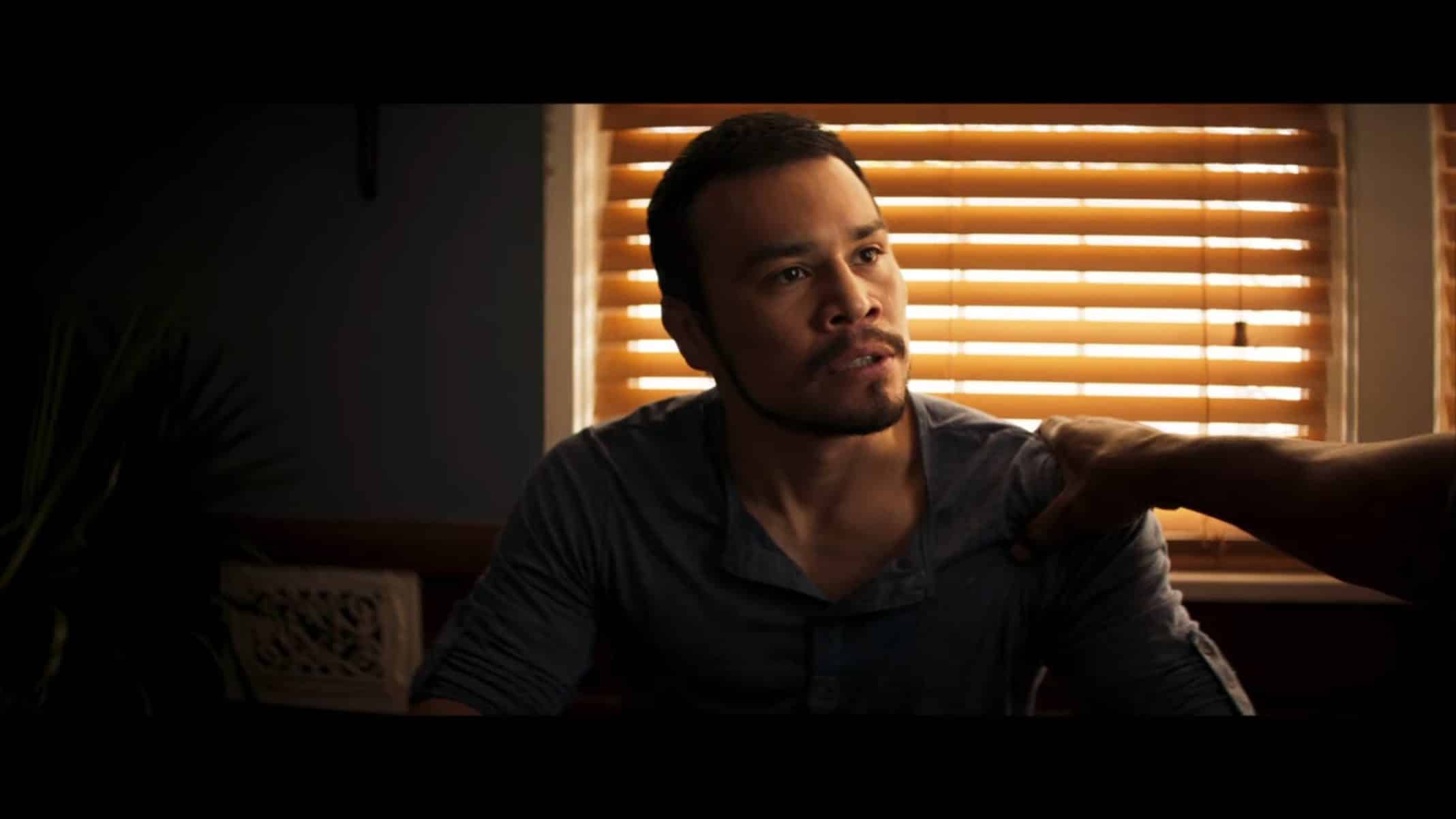 Berta’s older brother, who had no desire to take her in, or raise her with her other brother. But as Berta finds herself dragged into the underworld Hell controls, Emilio finds himself getting involved with people and situations he has had an aversion to. 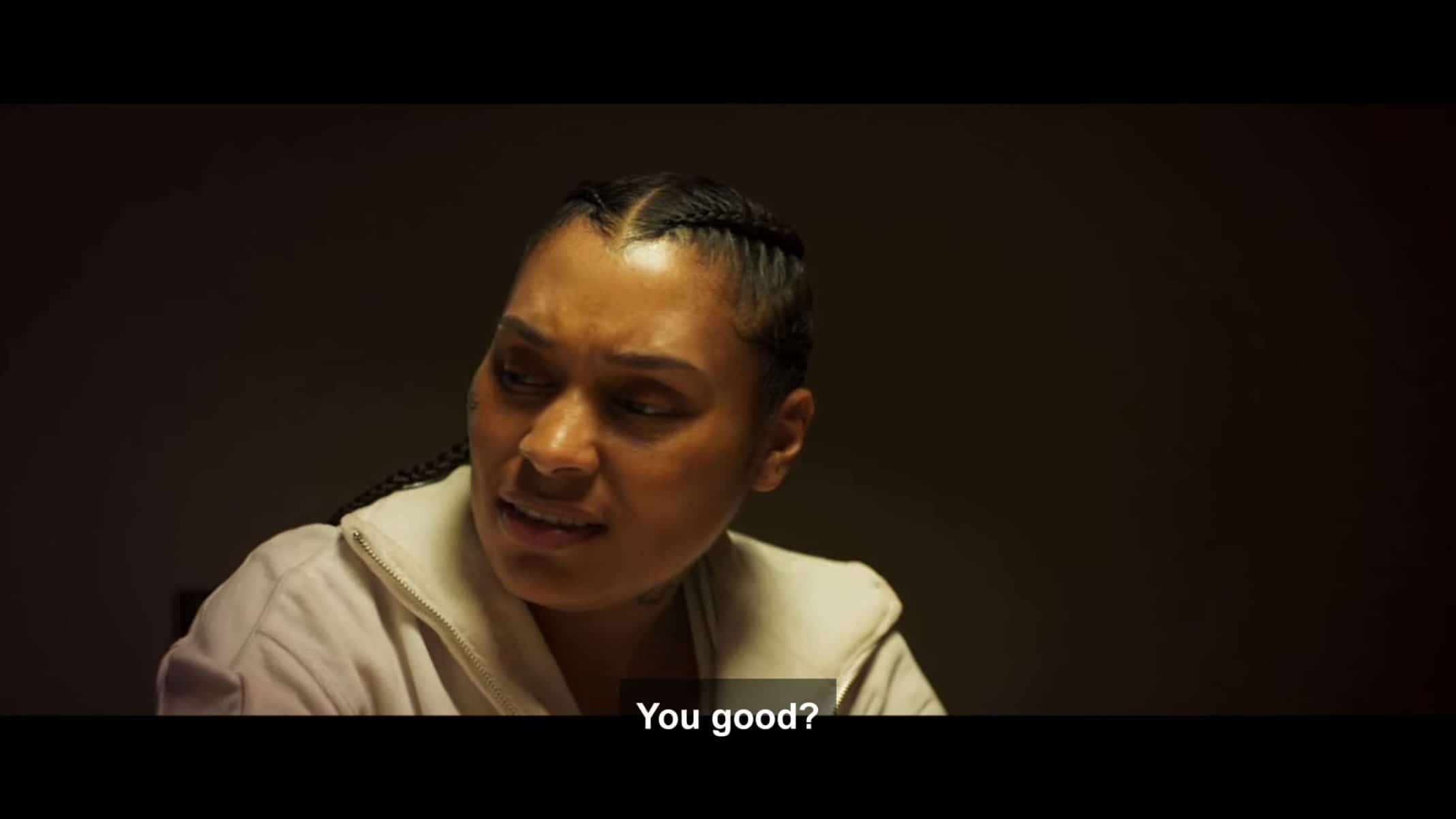 One of Hell’s top hitters who is one of the few women of his organization that isn’t a sex worker or manging sex workers.

Let us begin by saying, this is not an adaptation of the John Henry story many know. Instead, this John Henry is named after said character and represents his strength, endurance, and drive. You see, this John was raised in Compton and was on the path to becoming the right-hand man to a kingpin locally known as Hell. However, he diverted from that path.

Which leads to the story of this film in which a migrant girl, Berta, comes into his life, after barely escaping a human trafficking situation, and John vows to protect her. Even though, with her being involved in a slew of killings, it will mean John on a crash course with Hell and John needing his hammer if he wants to open the gates.

Let’s just say, “John Henry” may not be grotesque in its violence, but the way they show people are shot or what it is implied happened to them when John swings his hammer, it may make you flinch a bit. I’d even say the film might make you grimace with a low, “Damn” coming out of your mouth.

John’s dad, BJ, he is comical. He is that dude who is just naturally funny, and what just naturally comes out of his mouth may have you dying with laughter. Especially since Foree plays him unabashed and with an almost 90s, urban drama vibe. Thus bringing you a little bit of nostalgia.

You’re Investment In Berta, Is Thanks To BJ and John

Generally speaking, BJ and John might be the only characters you care about. Yeah, Berta is this adorable girl who is vulnerable and cute, but unless you speak Spanish, you will be heavily reliant on the few characters who do. Thus making John’s desire to protect her, and Crews’ star power, what makes you give a damn about Berta. Add in BJ sort of takes to her as well, like the daughter who just showed up on his doorstep, and that’ll be the driving force behind you giving a damn about Berta, or her brothers.

No Subtitles For Spanish Dialog

In the film, Berta barely speaks any English, and the subtitles just tell us what language they are speaking. This is a bit annoying since Berta has a good amount of the dialog in the film, and not knowing what she is saying becomes increasingly frustrating. I’d even say it is one of the reasons you may feel disconnected from her, if your Spanish vocabulary is limited.

The Jaw Accessory Hell Got On

Can I just say, whoever decided on that weird jaw piece they put on Hell just – no. The main reason we are just getting around to watching this is because seeing that killed any desire to watch this. It’s gaudy, looks like something dressed up from a 99 cent store, and doesn’t look gangster at all. It looks like it belongs in a Wayans’ spoof movie.

The Gangster Element Is Iffy

With saying that, the level of violence, and spaghetti western music (think “Kill Bill” or Quentin Tarantino in general) music, that compensates for how Hell runs his organization and how it comes off. For, and maybe it is just me, Ludacris just doesn’t have that presence. Not to say I would step to him and think I could punk him but, compared to Terry Crews? I’m supposed to believe, without a gun, Hell is going to intimate John?

Heck, for most of the movie, you may question how Hell became a top dog. I know part of the answer is ambition but beyond that? What about him is supposed to be so menacing he got goons like he does and isn’t worried about being overthrown daily? The film jumps from the teen years to adult, without filling in the blanks, which leaves you dealing with a villain who is all hype and no presence.

“John Henry” is definitely entertaining, and if you have Netflix, I’d say it is worth watching. However, like a lot of Black majority films on Netflix, have realistic expectations. This is Will Forbes first movie released, and his co-writer doesn’t have a long list of credits either. This is by no means to put them down, but to establish this is very much a labor of love kind of film, and with that, it means they are still developing their voice and what are their strengths and weaknesses.

So with that in mind, watch this, enjoy it, but note it has flaws that may make you question some of the decisions behind it.

So, while Hell, real name Helen, don’t ask why, said he’d give Berta and her older brother Emilio 24 hours, and $50,000, he lied. He shows up the night John gets that money, thinking them being family got Berta a reprieve, despite the multiple bodies Emilio dropped to get her. And to roll out the red carpet for Hell’s arrival, BJ is shot to death as well as Emilio. Then, as Hell looks to take Berta, one of his goons shoots John, but apparently, the bullet bounces off his skull and doesn’t penetrate.

This leads to John hunting down Hell, using his and Hell’s mutual grandmother for help, and him swinging that hammer left and right until he gets to Hell. Someone who plans to burn John, since burning people is his thing, but despite John being shot multiple times, he still rises. Add in the same goon who shot him, Savage, ends up shooting one of Hell’s people, since Hell was going to have her killed for killing John, and it leaves Hell defenseless.

Though to really sell how underwhelming Hell is as a villain, he isn’t taken down because Savage shoots him and evens things. He falls to the grass, thanks to the hose to his gas tank, and begs for his life. Heck, Hell tries to play John as if he didn’t just kill a few people and messed up the goon who shot someone on his behalf.

But, John’s daddy was killed, and he wanted revenge so that hammer is swung and Hell is murdered. As for John? Well, after that swing he passes out but, with gripping a woman putting her hand in his and him gripping it, John may live to fight another day.

Considering John killed a kingpin, that would create a power vacuum and possibly make John a target. So him fighting for his life, maybe trying to end the drug game in the area, that could be a fight John could have. Hopefully not with a bootleg “Black Lightning” villain as an adversary.

You’re Investment In Berta, Is Thanks To BJ and John - 87%

No Subtitles For Spanish Dialog - 65%

The Gangster Element Is Iffy - 72%

Watch this, enjoy it, but note it has flaws that may make you question some of the decisions behind it.