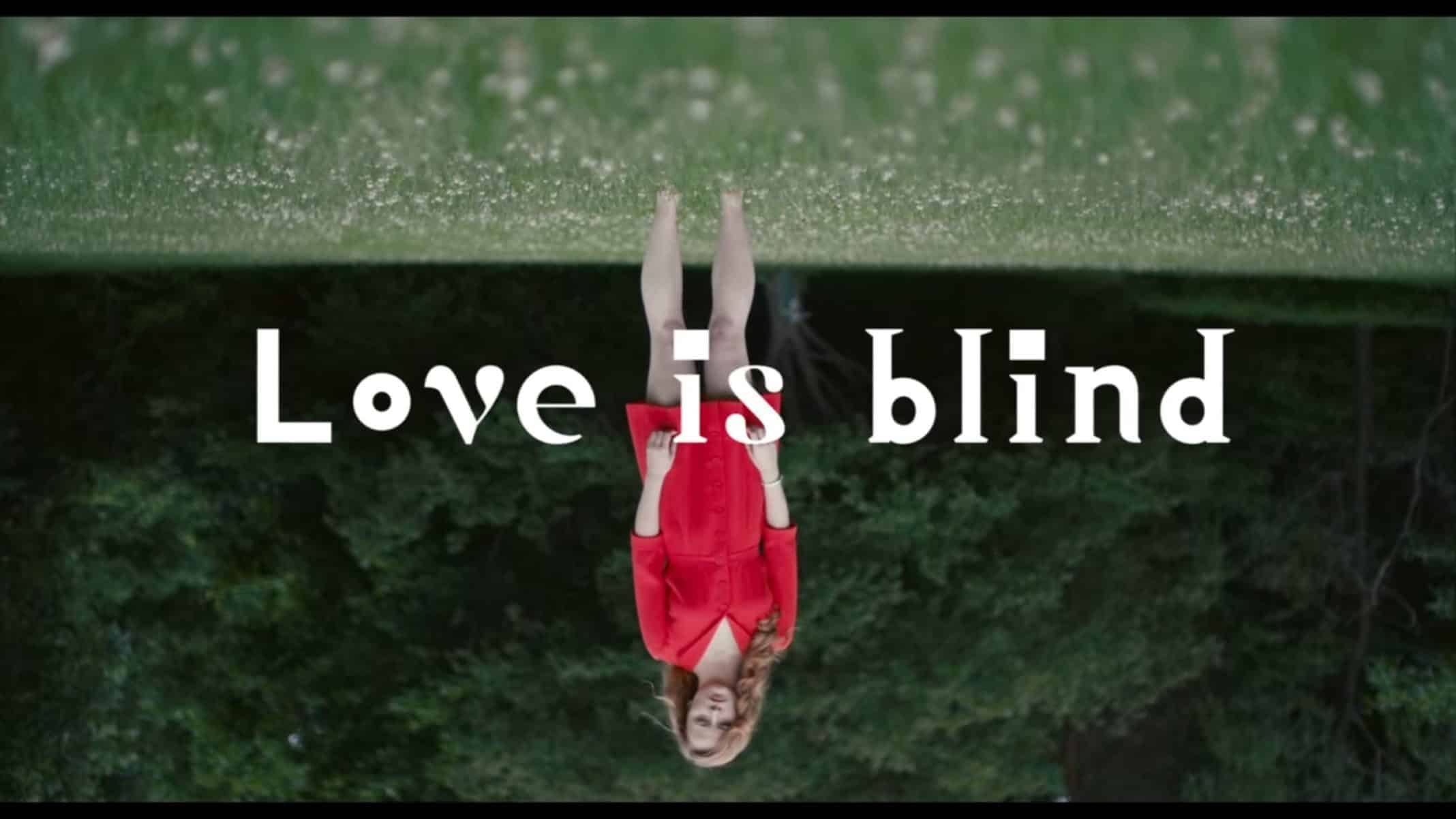 Um, “Love Is Blind,” the movie not the TV show, is mid-level “What did I just watch?” Specifically in a, “Am I supposed to find this funny?” kind of way.

While on the cusp of adulthood, unlike many women you’d see starring in movies nowadays, Bess isn’t portrayed as someone with a dream or goal. Thanks to Murray not instilling much in the way of skills, she is someone dependent on others. Which makes Farmer taking such care of her part of the reason she goes with some of his therapy and could be seen as seducing him. For with no awareness of her mother and her father on the verge of death, there is a part of her which realizes she is going to need someone to survive.

Despite the way Bess talks, Carolyn is very much alive. She may not have necessarily wanted to be stuck in the town Bess was raised, but she is a living, breathing, human being. Not a ghost who Murray speaks to with Bess thinking it is due to him having dementia.

Bess’ father, Carolyn’s husband, and is admittedly reliant on Bess in ways that have left her ill-equipped for the real world, or any world that wasn’t within his orbit. But with her mental health being what it is, and him having Parkinson’s, he relies on her in ways that leads to an interdependency.

A psychology student who, for the last few years, has used Bess as his research project and has crossed a professional line with her a few times.

Our narrator, whose loneliness seems to lead to the desire of suicide, who works in demolition for a living.

Since her mom was in a car accident, Elizabeth, Bess, has not seen her mother, Carolyn. Mind you, her mother is alive, with a scar to prove she was in an accident, but for ten years, Bess has not seen nor heard her mother. Thus leaving her father, Murray, who has Parkinson’s, to be her primary caregiver as a local doctoral student, Farmer, tries to help diagnose and treat Bess. Which, by the way, hasn’t led to much beyond some hanky panky between the two.

However, with the introduction of Russell, someone suicidal, who Bess also can’t see, being tasked by Farmer to interact with Bess, as part of the therapy Farmer has for him, it seems there might be a shift in Bess’ life.

It’s At That, “What The F***?” Level That Makes You Want To Keep Watching

From Russell trying to figure out a way to kill himself, nudity, Bess being unable to see certain people, to the fact her dad is dealing with Parkinson’s disease, as you watch “Love Is Blind,” you may wonder what the hell are you watching? Which, luckily, sometimes is the reason you’ll find yourself continuing, just to see if it eventually clicks, what is happening. For as you watch Bess randomly kiss on Farmer, have him feel her up, or some of their therapy techniques, it may lead you to wonder if this is supposed to be unintentionally funny despite no sign it wants you to laugh.

You May Not Find The Ending Satisfying

As you come upon the ending, you may find yourself thinking this movie doesn’t know how to end, when to end, and you’d be right. And then, once the last scene hits, you’ll probably be saying to yourself, “That’s it?!” Especially since certain problems remain unresolved, and you’re left with questions that you have to deal with going unanswered. At least in a straight forward way, our theories are in the ending spoilers.

I’m going to say the reason you may get through this movie is Shannon Tarbet and the bizarre situations she is put in, and how strange this movie sometimes is – in general. Tarbet, as she navigates Farmer, who has a form of autism, deals with her father, and exists in this slightly strange small town, she keeps you on the hook. Unfortunately, however, while her person may keep you interested, you might feel a bit dragged along due to a story that is a little bonkers, supporting cast who don’t pop, and even if speaking of her father, Murray, and his Parkinson’s? Yeah, that doesn’t derive emotion. It is just something else where you feel uneasy since you get the writing and acting is supposed to cause certain emotions, but in its failure, you aren’t sure if you should laugh or not?

So, around 10 years ago, it appears Carolyn was going to leave Murray since, when she was 20, she had Bess, and that put her life on hold. So, she gets in her car, Bess is yelling for her mom, and as her mom pulls out of the driveway, her car is hit. Mind you, not in a way where she is left mangled or in a wheelchair. The back of the car is hit hard enough to where she cracks the driver’s side window and is left concussed and with a scar.

Now, as for how that plays into Bess’ selective senses? Well, Farmer hypothesizes her mom leaving may have triggered it, and she doesn’t see her mom as alive for, in her mind, Carolyn left. So, essentially, Carolyn is dead to her. Though we also see Bess possibly fall out of a tree so that could have done it as well.

Leading to you wondering, so how did she end up seeing Russell? When it comes to him, it’s hard to say. You could theorize, when she opened herself up to love, that allowed her to see Russell who, in a superficial way, fell in love with her. Mind you, partly by stalking her, in an almost Edward Cullen (Twilight reference) way. Though, you could also submit that with her experience with death, as Russell came closer to really killing himself, and could have succeeded, that snapped something back into place for Bess, which led her to hearing and seeing him.

But, despite now seeing Russell, note: Bess is not better. She remains unable to see her mother, even on the day of her father’s funeral. Though with reading her father’s obituary, she is aware her mother is alive, and it wasn’t all in Murray’s head.

Outside of Carolyn finally being seen by her daughter, explaining why she wanted to leave, and encouraging Bess to do so, there isn’t much else to cover.

You May Not Find The Ending Satisfying - 72%