by Amari Published: May 13, 2020Last Updated on May 21, 2020
FacebookTwitterPinterestRedditEmail

How much you may enjoy this movie all depends on whether you like outrageous characters who don’t limit themselves for the comfort of others. 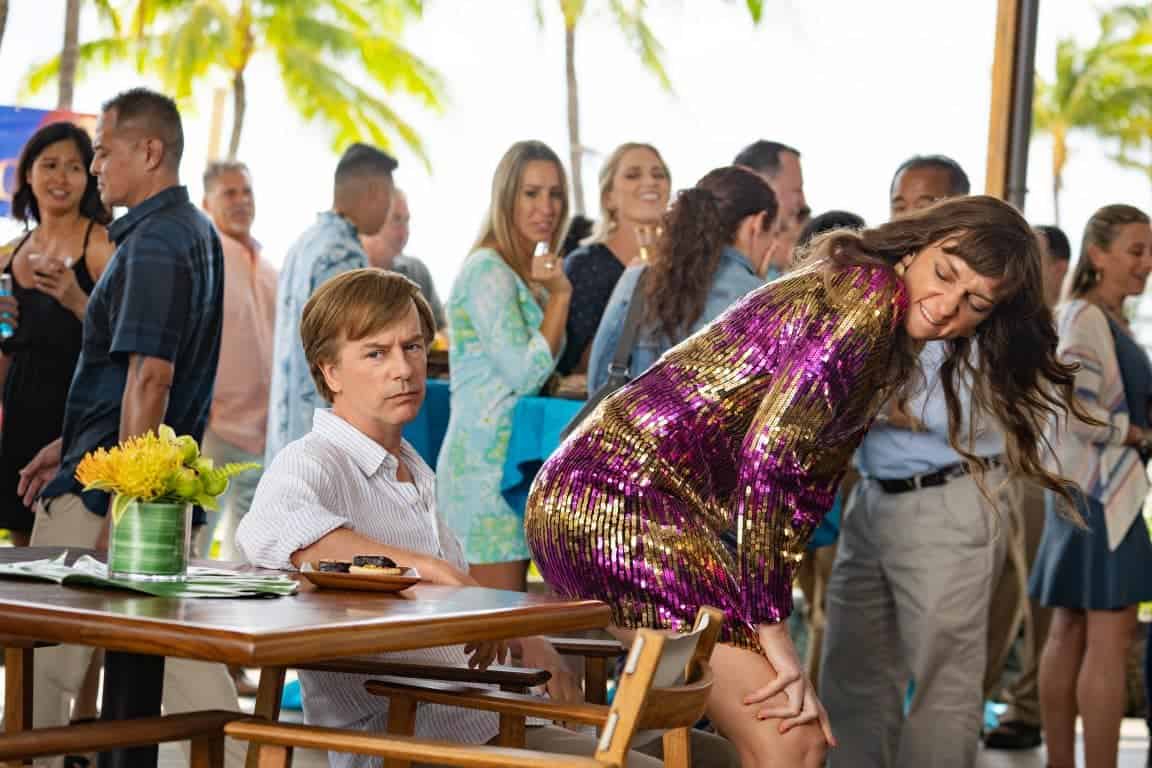 A 20 year veteran at Credit of America who finally may have a shot at a major promotion, until the girl who he had one of the worst dates ever with shows up. Thus leaving him scrambling to not be who she makes him out to be or allow her to embarrass him. Tim’s ex-fiancee, who he has struggled, for a long time, to get over. Mainly because of why they broke up and the fact she works at the same company and is dating someone new who works at Credit of America.

Someone without inhibitions and who is a jack of many trades, and perhaps master of a few. She may come off crazy, but there is this vibe that, with what she experienced, she has reached that point of not wanting to make herself smaller or be quiet for the sake of other people. Missy rather be honest, even if brash, and open, even if it is vulgar and makes some uncomfortable. 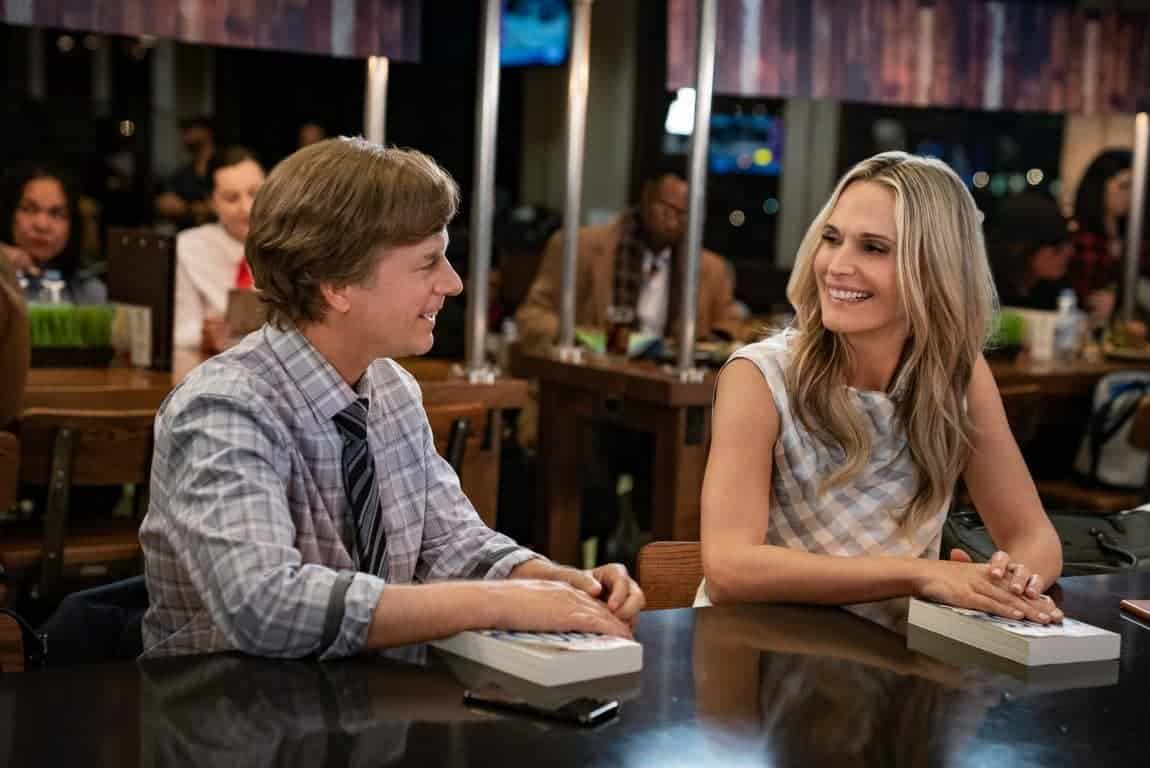 Tim’s dream girl come to life who likes him but, with him accidentally inviting Missy to the company retreat, it may have ruined what could have been. 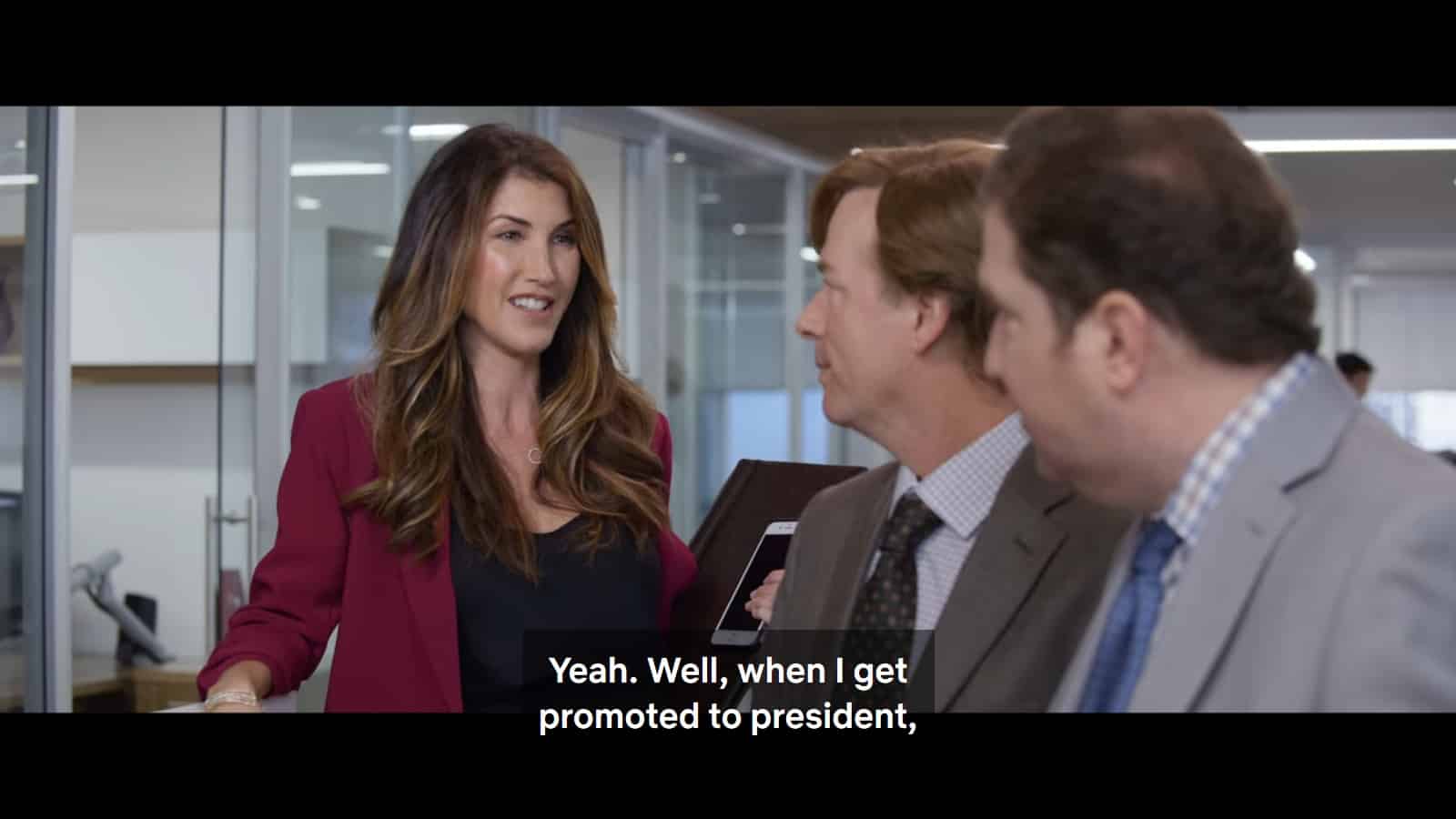 Tim’s rival, whose nickname is the Baracuda, that is his superior in every which way possible and isn’t doesn’t desire to be humble about it. 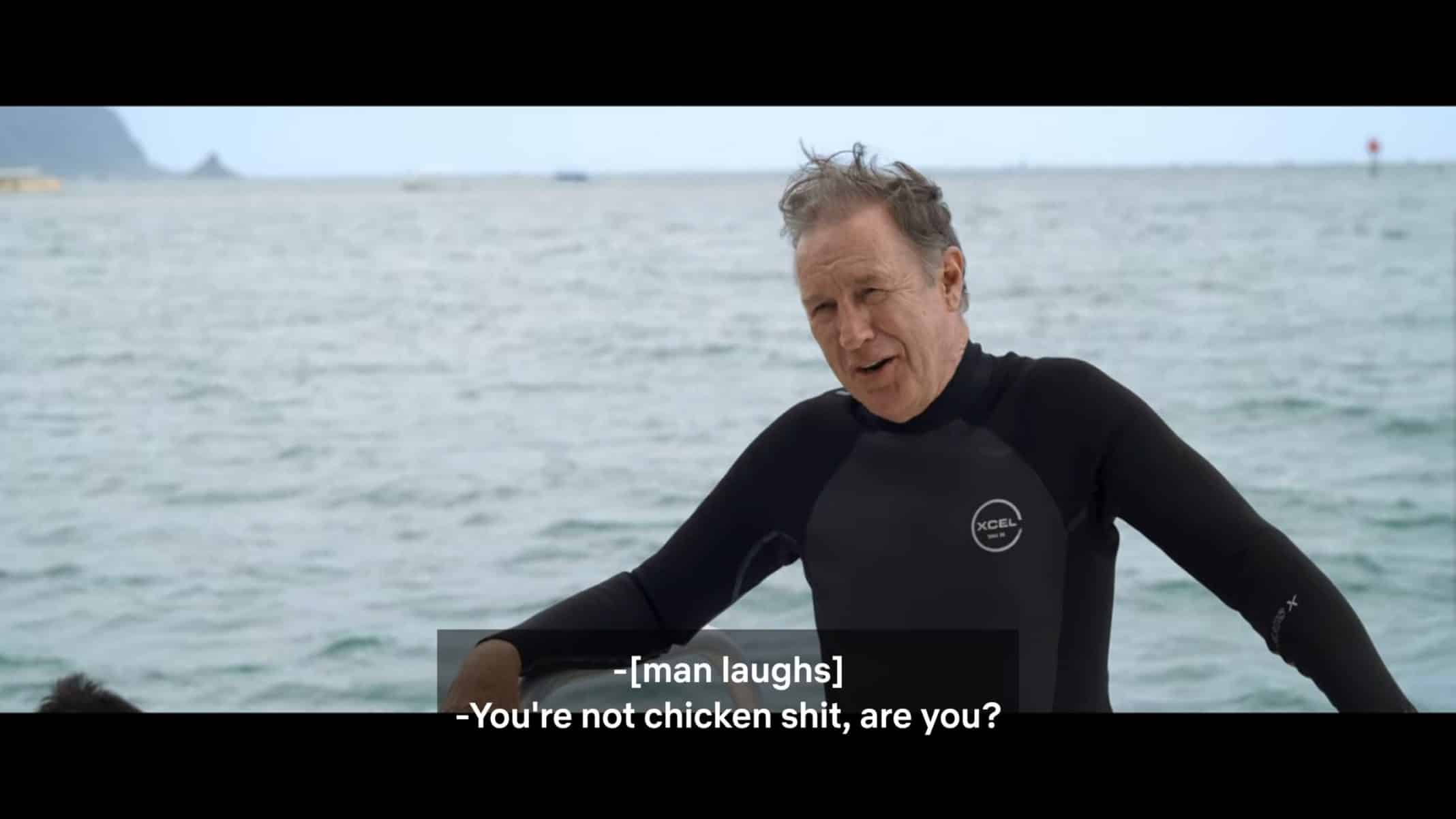 The new president of Credit of America, who both Tim and Jess are trying to impress to become president of sales.

After 20 years at Credit of America, a merger may get Tim a long-desired promotion. But, while he has climbed the corporate ladder, when it comes to relationships, Tim has struggled. His ex, Julia, cheated on him, and he has now resorted to his grandmother hooking him up. This leads to him meeting Missy, who is a jack of all trades, possible master of a handful of things, and she is probably the least inhibited person Tim knows or will ever meet.

However, after a disastrous date with Missy, he meets Melissa, who is gorgeous, smart, and Tim doesn’t feel like she might kill him, but their timing is off. At least in terms of dating or getting to know each other. So, with a company retreat coming up, Tim rolls the dice and asks Melissa if she’d want to spend an entire weekend with him on the company’s dime! Which was exciting until Missy shows up, shows out throughout the weekend, and leaves Tim questioning his life choices.

Missy Can Possibly Grow On You

In fact, if Missy doesn’t grow on you, you may not enjoy this movie. For the whole point with Missy seems to be people being their most honest self is the only way to be happy. We see that through her using her certification in therapy and push for people to be honest and free. Which isn’t to say the movie really dives into the idea that Missy’s freedom is why Tim, or most people, are a bit uncomfortable with her. If anything, the film focuses way more on the idea you may not be able to imagine Lapkus saying such vulgar things and expecting that to be funny.

But, if you peer beyond the crude, often forced, jokes and scenarios, you can see something more. There is a message here, and Missy, debatable, can be seen as someone with a better understanding of life than Tim, even with Tim’s success. And it is through watching him accept her, learn from her, and even feel conflicted about his feelings for her, that will make or break how you feel about this movie.

This is the perfect example of a divisive film for Missy, at times, is too much. From the get-go, it is like Lapkus was drugged or hypnotized, and they built a story around the craziest things that came out of her mouth. All the while, Spade tried to keep a straight face. But, with this being a Happy Madison production, what do you expect? The company behind and founded by Adam Sandler has long existed in the same vein as the work of Tyler Perry. Meaning, it isn’t for everyone, just Sandler’s audience and that of his closest friends. “The Wrong Missy” is no different. So, if you love the style of comedy which has made Sandler and many of his SNL peers rich, “The Wrong Missy” might be for you. If you find what the company produces too juvenile or shoddy, then keep it moving – this was not made for you.

So, in pursuit of becoming the president of sales, Tim has to beat out Jess, known as the Baracuda, for the role. Which is hard since she is more motivated, her team does better, and while their new boss, Jack Winstone, is very machismo, he isn’t necessarily sexist. Making it so, Tim wanted to use Melissa to prop him up but got Missy. Someone who ends up being a godsend for between Missy wiggling into Jack’s marriage, and proving him and his wife counseling, to hypnotizing Jack, Tim gets the job.

Making it so, with Melissa showing up soon after, you’d think Tim has been blessed in ways he may not deserve. That is until he starts drinking, and you’re left to wonder if Missy put a spell on him before she left – to which the answer is no. But, after a nasty fall, Tim comes to realize he really does like Missy and all her eccentricities, so he officially breaks things off with Melissa and pursues Missy through texts and then tricking her into a date. One which, without a grandeur gesture, just a slew of apologies, leads to him getting her back. Well, unless you count him quitting his job and breaking the spell on Jack, then, yeah, no grand gestures.

Considering we never met Tim’s grandmother, and while Missy mentions her dad is dead, she doesn’t talk about her mom, there are some people we could meet in a sequel.

if you love the style of comedy which has made Sandler and many of his SNL peers rich, “The Wrong Missy” might be for you. If you find what the company produces too juvenile or shoddy, then keep it moving – this was not made for you.