If Beale Street Could Talk – Summary/ Review (with Spoilers) 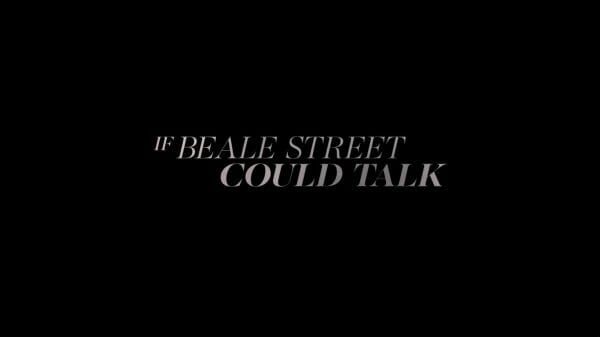 If Beale Street Could Talk may not meet expectations, but that’s because it subverts that for what cinema, especially Black cinema, needs.

Since they were children, Tish and Alonzo have been raised together. Now at the age of 19 (Tish) and 22 (Alonzo), they find themselves in love. The kind of love which isn’t puppy love but them looking for places together, starting a family, and talking marriage. However, with a woman named Victoria Rogers accusing Alonzo of rape, all of their plans are placed in a status of pending. At least as Tish, her family, and Alonzo’s father Frank, put in all their cumulative time and energy to prove his innocence. 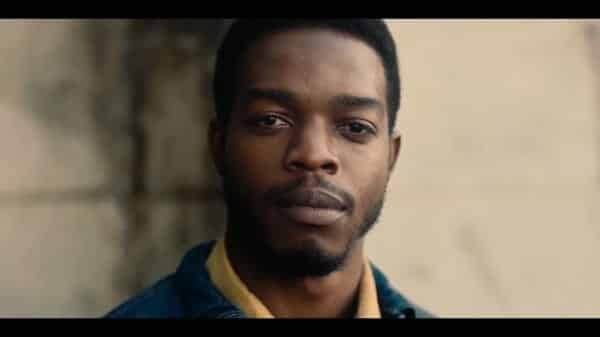 I don’t think I’ve ever been in love with two characters more than Tish and Alonzo. Never mind they met as kids, and the flashbacks to that are adorable. It is seeing them as adults, Tish’s commitment to Alonzo, their partnership, how they smile at one another, are each other’s light, it is just something so rarely seen in media. Add in these two are Black, medium to dark tone, and the worse thing to come between them is an accusation and Alonzo’s religious momma? It’s the kind of thing you wish we could see more of.

But let’s not downplay Joseph and Sharon, Tish’s parents. While they have only a handful of cute moments together, towards the beginning, it shows you how people pick up on expectations. Tish knew Alonzo could be the one because, like her dad, he treated Tish with love, a bit of lust, but also was willing to create quiet moments when it was just them enjoying each others company. Maybe with some music in the background, perhaps just the sound of utensils scrapping plates or bowls. Either way, you could see a generational pattern which adds onto the beauty of Tish and Alonzo’s romance.

Oh, and before I forget, there is also a beautiful message about taking note of examples and not repeating it. For with it being clear Frank likely abused Alonzo’s mother throughout their marriage, yet Alonzo never talking to Tish like he’d hurt her like that, there was beauty in that as well. Since Alonzo didn’t allow himself to follow in his father’s footsteps and use the excuse that he did what he saw despite knowing it was wrong.

I should note, this is a film which uses a whole lot of comic relief when things get a bit too dark. As spoken on in the “On The Fence” section, this does weaken some of the more emotional moments. However, how this film begins and introduces Alonzo’s family to the idea he will be a dad? One hilarious moment after another. I’d argue, if taking note of how Tyler Perry’s stage plays are written, not the movies, the comments made were on that level. With there being a need to especially take note of Sharon and Ernestine’s tussle with Mrs. Hunt (Alonzo’s mom) and his sisters.

Doing The Best With What We Have (Community) 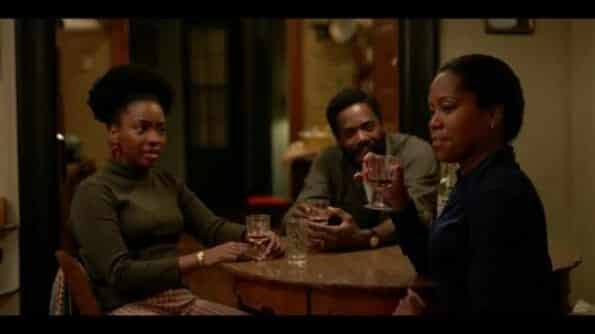 While, as shown by Mrs. Hunt, not everyone was in support of Alonzo and Tish, you have to appreciate how everyone did what they could to support them. Sharon traveled far to try to help that boy, Joseph and Frank robbed Peter to pay Paul, and Tish did what she could to keep that man sane while he was awaiting trial. Heck, even before him being put into holding, just Alonzo inviting Daniel, an old friend, to eat, enjoy what little he and Tish had, crafted so many touching scenes. Especially since Alonzo and Tish gave Daniel the ability to be vulnerable, get teary-eyed, and speak his truth in such a way he may not have been given the agency to before.

What Happened To Mrs. Hunt & Her Daughters?

After the comedic moments noted above, we don’t see Mrs. Hunt or her kids ever again. They are not seen nor spoken of, and I had mixed feelings about that. On the one hand, she said what she said about Tish being pregnant and her son. Yet, for her, and Alonzo’s sisters, to exit like that? Even with keeping in mind she was a stubborn holy roller, I thought we’d at least get to know her a bit. See why she would dig in her heels and damn her grandchild and her son’s life.

Sometimes, It Is What It Is 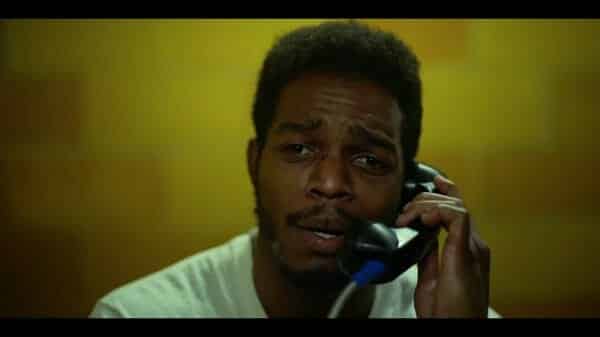 Perhaps one of the most significant issues with this film is because you see Barry Jenkins, and are reminded of Moonlight, and because James Baldwin’s name is mentioned, it makes it so your expectations are raised. It makes you expect a whirlwind of a film which will make you deeply emotional, and be a harrowing experience. Which, in some ways, If Beale Street Could Talk is. However, with the way the film is overall, and how it ends, it makes you realize how toxic that mindset is.

For it is because you expect so much that when you realize this film isn’t trying to be awards bait, you may feel disappointed. Not because the performances weren’t up to par, or the writing, but because you get these preconceived notions that get in the way. Now, as for what that has to do with If Beale Street Could Talk? One of the issues I had is I was expecting to be bawling my eyes out because of what was going on with Alonzo and Tish, on her own, but with some support, making a way out of no way.

Yet, in waiting for that moment but being consistently delivered comic relief moments, something felt off to me. Yes, in moments like when Daniel is talking to Alonzo about his experience in jail, we get past the skin and start digging into the nerve. You get wrapped up in an actor’s pain and feel your emotions stirred like a thick soup. However, then a joke is put in, or someone interrupts the moment, and it is like waking up from a trance. You wonder what is going on and why did someone do that?

Thus creating what I can’t tell you is maybe a personal issue or maybe one you may have as well.

The sole issue, if you want to call it that, with If Beale Street Could Talk is that this film is much lighter than you may expect. It has this inspirational romance that makes you want to take notes so you could have that in real life. That is paired with the type of comedy you wouldn’t expect from Jenkins after seeing Moonlight. Follow that by showing how the lead’s families tried to pool their resources to save that boy; it makes for a film unlike what you may have been your preconceived notions.

And while it does sometimes undercut the film’s drama, so comes the need to question if most Black dramas, especially made to the level as this, must be down and dreary? If they must solely focus on suffering, with a handful of reprieves scattered throughout the movie, until it reaches a happy ending. Can that formula not be changed or tossed? If Beale Street Could Talk does that, and while the ending may not be what you want, for the avid filmgoer, especially those who invest in Black dominantly cast films, it might just be what you need.