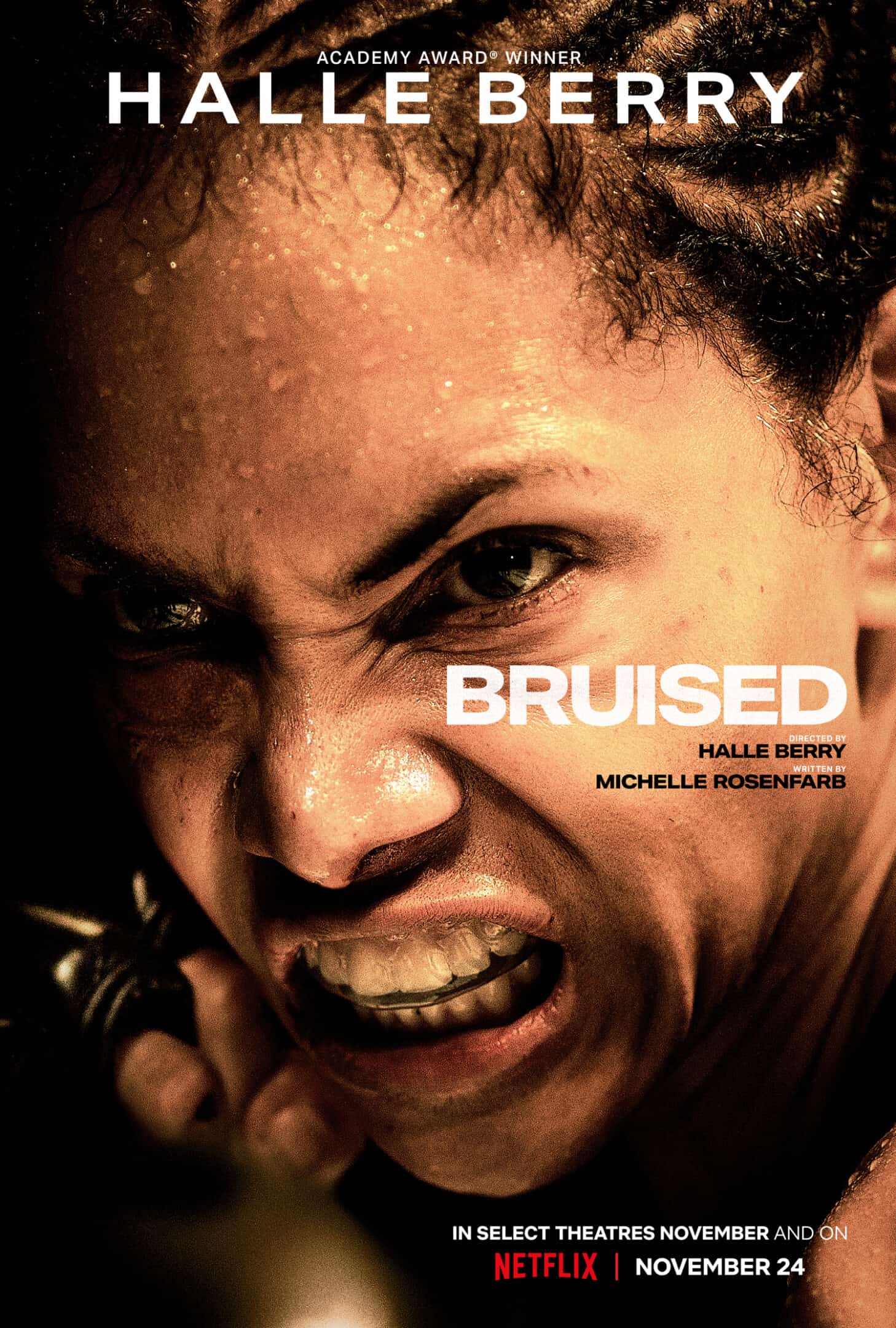 Alongside reminding you why Halle Berry is an award-winning actress, Bruised shows her abilities as a director as she takes on one of the more challenging genres.

Born and raised in Newark, NJ, Jackie has had a hard life, and because of her mother, Angel, she only learned how to fight. But, with an absent father and a mother who wasn’t the most protective, that opened Jackie up to bad relationships. Some, like Desi, tanked Jackie’s career trajectory and others, like Manny Jr., are like ghosts she can’t escape from.

But, after 4 years away from the ring, a man named Immaculate offers Jackie a second shot and even hooks her up with a trainer named Buddhakan. Though whether Jackie can handle the demons in her past, current relationships and stabilize her life enough for a prosperous future? It’s hard to say, but Jackie is holding on tightly to the hope that is possible.

You Get A Good High/ Anxiety From The Final Fight

Bruised only has two real fights and the rest of it is training, but between the street fight that lets you see Jackie still has it, to the fight at the end of the movie? Oh, you get into it. Now, is it by any means the best fights in a sports movie you have ever seen? No. However, you do get the anxiety, you’ll occasionally feel the need to move around like you are in the ring, and your heartbeat picks up as the intensity does.

That is not something all sports movies can do, so between Berry, her cinematographer, and editor, alongside the choreographer for the fight, you have to applaud how they got everything to come together.

A Redemption Story Which May Make You Cry

Nearly every sports movie we’ve ever seen was either about someone making a name for themselves or redeeming their name after a fall from grace. In a way, Jackie is in pursuit of both. As both a fighter and a person, Jackie fell from a high point in her life and, with Desi, hit rock bottom and decided to spend her time down there drinking to forget and numb herself.

Now, what is she numbing herself about? Well, let’s just say Bruised dabbles in many cliches when it comes to a daughter being raised by a single mother who didn’t come from money. Yet, Berry and her scene partners find ways to tap into the cliches and stereotypes and make generalizations personal to the characters. So with every moment Jackie reaffirms that she is not going to disservice herself and fall into old patterns, it’s hard to not be proud or shed a tear.

This is especially true when it comes to Jackie’s relationship with Manny Jr., who, like his mother, was traumatized at a really young age and now doesn’t speak a word to anyone. But, watching Jackie try to step up, to be the mother and father she didn’t have and work to earn that boy’s trust and love as she is trying to rebuild her life and career? If you are a sap, prep to be dabbing your face. I doubt full-on snotty tears, but you will get a bit misty.

What makes Bruised a bit of an odd watch for a sports movie is that it heavily focuses on training. As noted above, there are really only two fights, with them at the head and tail of the movie. The rest of Bruised is dedicated to character development. But, despite us not getting a litany of fights, you don’t get bored or feel the need to constantly check your phone for the time. Rather, you learn to appreciate the training it takes to get in the ring and actually last multiple rounds.

Now, this isn’t to say you’ll feel like an expert on MMA and the various fighting styles at all. But as Jackie fights to return to the ring and fights who she was in order to become a better version of herself, Berry and her co-stars keep you thoroughly engaged.

While Bruised heavily is about how Jackie’s relationships either tore her down or built her up, some decisions in the film will either seem like missed opportunities or just not make sense. For example, there is a gentleman, listed simply as “Pops,” with whom we don’t see Jackie interact with much throughout the movie, yet somehow becomes her biggest champion. THAT WAS CONFUSING AS HELL!

Mind you, it is explained he knew who she was before she left UFC, but he didn’t know her personally, just her career. So considering Jackie is shown to not have a male relationship in her life that wasn’t exploitative, it seemed like a missed opportunity to not make Pops more prominent and to make himself a three-dimensional exception.

As for odd decisions? Let’s just say Jackie gets in a relationship with someone that doesn’t 100% make sense. On the one hand, you can see Jackie maybe got involved with them to secure the relationship, as she did with Desi, because they believed in her. Yet, with Jackie giving the vibe that she didn’t like or wasn’t comfortable with this person getting too intimate, it’s hard to say whether or not the relationship was genuine, born from Jackie’s trauma, or set up for the sake of having a sex scene between the two.

Bruised is a good movie and definitely one of the top ones in Halle Berry’s filmography. However, I wouldn’t say it is a memorable movie overall. The two fights meet expectations but aren’t Creed or Southpaw level. Also, two hours remains a big ask, and I think being a fan of Berry is part of the reason I made it through and found value in the relationships Jackie made. But, take away that fandom, and it does become hard to say whether someone who isn’t a fan may like this film, never mind if they were expecting more than just two fights.

However, despite the caveats, we think Bruised is worth seeing. It focuses more on the drama side than the sports side, and in doing so, it diversifies building to the finale by not just making it about the training and what happens in the ring, but also the person who not just physically, but mentally and emotionally has to be present to win. 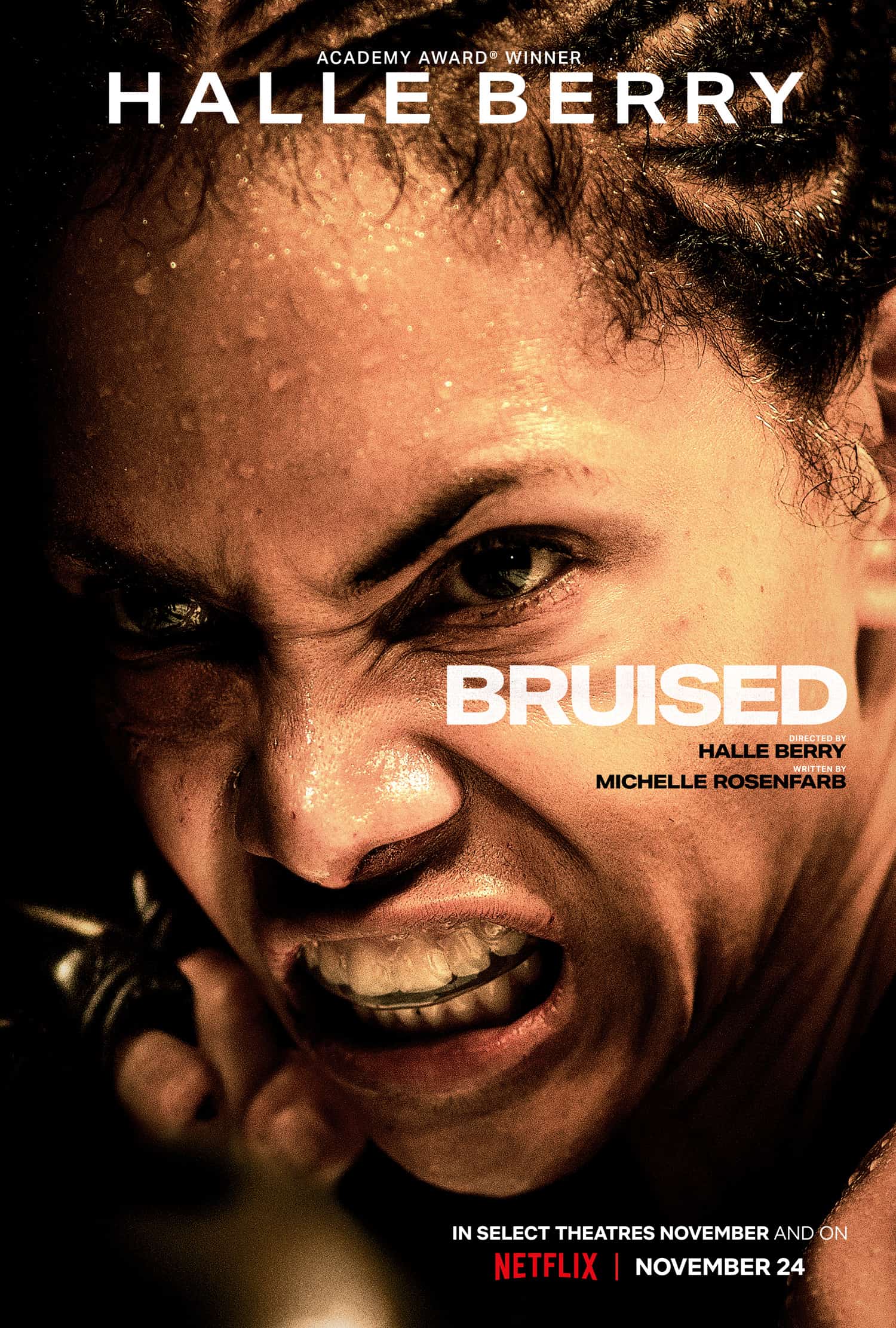 Bruised (2021) – Review/ Summary (with Spoilers)
Who Is This For?
First and foremost, Halle Berry fans, followed by those who can enjoy sports dramas that lean more towards focusing on the person getting into the ring than the fighter seeking a win.
Highlights
It Doesn't Necessarily Feel Like 2 Hours
A Redemption Story Which May Make You Cry
You Get A Good High/ Anxiety From The Final Fight
Disputable
Missed Opportunities & Odd Decisions
82
Follow Wherever I Look on Twitter and Instagram, Like us on Facebook, and Subscribe to the YouTube Channel.