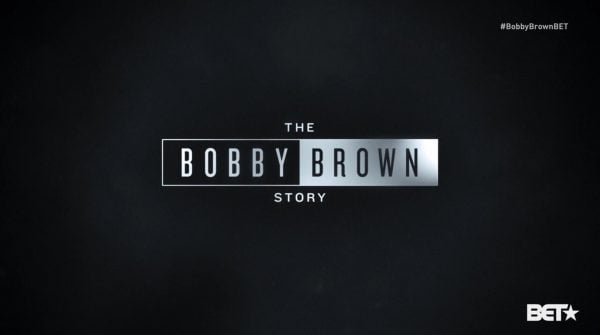 The Bobby Brown Story seemingly had two goals in mind: Demystify his relationship to Whitney Houston and show how much better he is now.

Part 2 deals with everything that happened after 1996. So we see Bobby go to jail multiple times, detox, and damn if they don’t show Whitney as a serious coke fiend. Though, in general, what part two does is hit hard those major moments which people damn Bobby for and bring his take on things. Be it the Diane Sawyer interview, where Whitney famously says “Crack is whack” or the aftermath of Being Bobby Brown and why Bobby Brown and Bobbi Kristina’s relationship wasn’t what it could be. Heck, depending on how you look at it, one could argue when it comes to Bobbi Kristina smoking, maybe more, as Whitney introduced Bobby to the hard stuff, she may have done the same for her daughter.

And I should note, it isn’t presented as a fact. However, like a lot of the things in this two-part movie aren’t presented as fact, there’s enough for you to get the point. Which is how death is handled when it comes to part 2. As Bobby’s mother, father, Whitney, and Bobbi Kristina die, the emotional impact will heavily depend on how much you cared about the real-life person vs. the performances. But we’ll get into that later.

All you need to know is, The Bobby Brown Story is more like, “In Defense of Bobby Brown.” For by laying out all the trauma he went through, forcing you to take note of his age and family, there is this real push for you to have more empathy for him than the public largely has done before. Oh, and that Alicia was an integral part in him changing his ways for he was one of the first women in his life to not only hold him accountable for his actions, but seemed to be there for more than fun moments and good sex.

The Development and Death of Bobbi Kristina

While Whitney seems like someone put into the film by obligation, and because Bobby has long waited for the chance to defend himself, without Whitney being able to retort, Bobbi Kristina was handled far better. At least in terms of toning down the comedic nature of the film and really touching upon the tragedy of a child’s life. For if it isn’t being raised by maids while Whitney was on drug binges, it was Whitney enabling Bobbi Kristina to have the same bad habits she had. Even alienating Bobby from his daughter so that he couldn’t possibly safe Bobbi Kristina from her mother, and her family’s, influence.

And it really hits hard for as you look at Bobby’s other children, who all seem rather well adjusted, it pushes you more and more to recognize how broken Whitney was and how she set her daughter up for failure. Which may sound cruel to say but that is what this movie does. It exposes Whitney and uses Bobbi Kristina as a means to show, Bobby had his issues but he tried to do better. It took many tries, and Alicia, to get a hang of it, but if he perhaps had custody of his daughter, she would be alive today.

Which, when you take note of that, you get one of the few moments, as we see her trying to reconcile with her dad after Whitney’s death, and then see her in a coma, where you are allowed to feel – fully. No commercial interruptions, no jokes to lighten the mood. Bobbi Kristina’s death is made to have impact and be felt fully. Beyond recognizing how unnatural it is for a parent to bury their child, or this celebrity child dying as tragically as their mother. With this one situation, out of all the death we witness, the actors are the reason you feel and not because of what you already knew about the real-life people.

Part 2 is basically about hitting rock bottom for Bobby. Be it his relationship with Whitney, his drug addiction, alongside the deaths of his parents, Whitney, and Bobbi Kristina. The problem is, with this perhaps being one of the few times BET has a real “event” where those who long have abandoned the channel pay attention, they pack in those commercials. I’m talking three to 5 minutes each and they always are presented on a cliffhanger moment. Which takes you out of the handful of moments which could actually have an emotional impact on you.

The Tone of This Movie, And How It Handles Bobby’s Story, Takes Away From The Darker Moments

With so much death and destruction, it would only be natural for this movie to have comedic relief. The problem is, it seems most of the movie is comedic in tone, especially thanks to Whitney’s antics, so that when something real happens, it is like dramatic relief. Which is not a thing because the idea of having a serious moment to remind you this was a real story doesn’t make sense – storytelling wise.

Plus, like in part 1, there is this vibe that when it comes to people dying, like Bobby’s mom and dad, they aren’t built to the point where the gut punch hits hard. If anything, the movie really pushes you to recognize the situation and use your own empathy vs. letting the actors put you in the mood. This even extends to the deaths of Whitney and Bobbi – but it’s worse for them arguably.

When it comes to Whitney and Bobbi, as noted, Whitney is just a comical character, damn near a caricature at times. One who you recognize is troubled, but also is portrayed almost like a villain. Not a full-on, “This woman ruined my life” kind of villain, but when it comes to accountability, Whitney is portrayed as a big time enabler who was above criticism and Bobby is treated like this vulnerable guy who just wanted to be loved. Even though, when given the chance, he liked being a thot.

The Inconsistency of Providing Time Stamps

Throughout most of part 1, and the beginning of part 2, as we did multiple year time jumps, the film made sure to keep us aware of where we were. That kind of fell off about midway through this movie where they instead tested your music knowledge and when events happened to know what year it is. For if it isn’t playing Robin Thicke’s “Lost Without U

” to let you know what year it is, you basically have to Google when Whitney served Bobby papers or estimate the ages of people based off the little that is given.

In a lot of ways, Alicia is handled to be a bit of an outlier in this movie. From Bobby’s parents to friends, and of course his exes, they are presented as complicated people. Either because they did what they had to do or were enabled to behave badly. Alicia, on the other hand, is shown damn near like an angel. She gets angry sometimes, but that is because she is dealing with a man who no one has ever held accountable. At least, not in a way in which he didn’t have the ability to cut them off and know they’d be back. Not to downplay what his mother may or may not have said or done but, in terms of women in Bobby’s life, who were lovers of some kind, she seems to be the first who wasn’t for Bobby’s BS or causing BS.

And in that, you find yourself enjoying her. Questioning why she put up with this or that, as many naturally would when a woman goes through hell for a man who is struggling. Yet, one thing which kind of messes up this romance is that the chemistry between actors isn’t on the same level as we got between McClain and Dennis. Be it because Goss isn’t as big of a presence as Dennis, so she seems more meek in comparison, or because Alicia is presented as normal as can be. I can’t put my finger on it but I do recognize the effect she had on Bobby’s life might be what kept him alive and didn’t lead to him being another tragic story.

The Bobby Brown Story feels less like a biopic and more like Bobby, after years of taking the media’s BS, him laying out all that happened behind the scenes so people will stop blaming him. And with that, as open and honest as this can come off, it also feels highly defensive and revisionist. Hence why New Edition, and whatever he went through with them, not covered in the New Edition Story, is absent. This movie, speaking on part 1 and 2, just feels like Bobby reminding people he had a career outside of New Edition, that he and Whitney were both toxic for one another, it wasn’t all him, and he is better now because of Alicia’s role in his life.

Hence the mixed label. All BET and Bobby Brown seemingly wanted to do was address the headlines and give Bobby a chance to speak out. It barely felt like this was to be more than a chance to get the kind of sympathy that has rarely been afforded to him and, while you do have to feel bad for Bobby, there is a certain amount of victimization at play. A strong attempt at making sure the blame is spread around, especially when it comes to Whitney, than Bobby taking full accountability. Add in how one sided everything feels, and this becomes the type of biopic which reminds you why the source material being heavily involved is a double-edged sword. Especially when a large part of their story involves another huge presence in media.