A guide for the Escape Room Franchise. Noted are cast members, information about their character(s), and additional details about the film’s story and characters.

Zoey, Michael, Danny, Amanda, Jason, and Ben could be seen as lucky by some. They share a rare trait that some may find enviable, yet said trait is part of why they end up in a series of escape rooms. So, depending on how you look at it, maybe they aren’t as lucky as they seem? Yet, with the possibility to win money if they are one of the rare, if not first, to escape this room designed by a company named Minos, maybe lucky still is the right adjective?

Well, you may think that until they begin to traverse through the 6 some odd rooms. For despite their collective expertise, they barely make it through room to room alive and together. Leaving you to wonder if the supposed game master had planned to teach these people a lesson, like to appreciate life more. If not the game master is your run-of-the-mill psychopath who wanted to exploit these people for entertainment.

It has been weeks since the events of Escape Room, and, as to be expected, Zoey and Ben are still very much traumatized. However, Zoey wants Minos to pay for what they did, so she keeps trying to gather the strength needed to get on a plane. But, after a certain point, she convinces Ben to just drive with her up to Manhattan. This leads to them going to the coordinates discovered at the end of the first movie, and after a series of events, they get trapped in a train car with other escape room survivors Rachel, Brianna, Theo, and Nathan.

Rachel is someone whose sense of touch and pain is weak, which is why she was chosen. Nathan is a man of faith, so they decided to test his and 5 other priests’ faith in their games. Brianna was a travel influencer/blogger, so they put her through extreme conditions, and Theo? Well, he kept his story to himself.

But, together, there is hope that they all will live to see the exit. However, the Gamemaster being who they are, the chances of them allowing such are as slim as Zoey exposing Minos. A brilliant young woman whose success in the escape rooms makes her a bane to the Minos Corporation and their betting system. Though what really makes her a problem is her vendetta against them, which  she ultimately hopes will end with exposing their existence and what they have done.

Michael is a kind mid-western type who has the vibe of a father figure.

The sweet, video game nerd of the group.

Amanda is a mother who often was unable to be in her daughter’s life, that is one of the most agile of the first movie.

Consider Jason the sarcastic ass**** of the group, willing to do whatever it takes, including killing, if it means surviving. 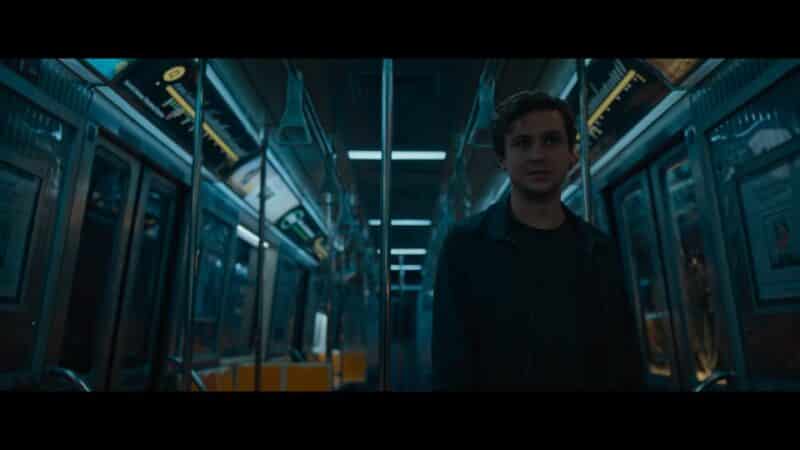 Ben becomes Zoey’s best friend, who has a huge crush on her, but between his trauma and it always seemingly like the wrong time to him, he doesn’t ask her out. Rachel survived an escape room designed to tests her pain limits, since she can’t feel pain, and is tricked into a tournament of champions. 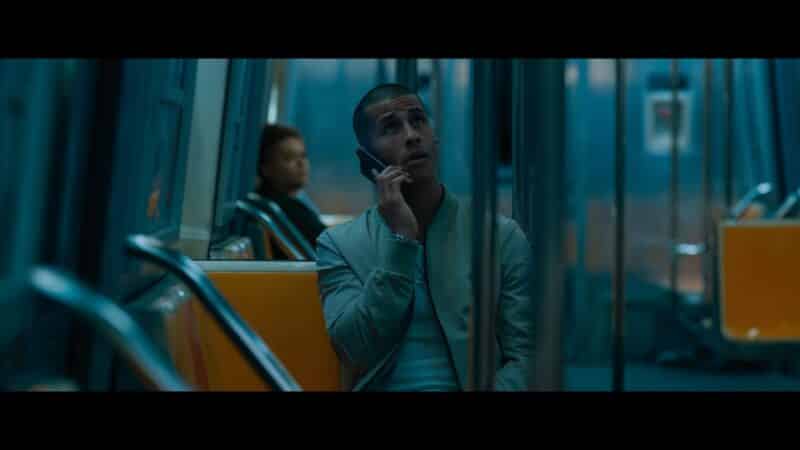 Notoriously late for everything, while Theo survived his first escape room, he lost his hearing in the process. But, in an effort to be a better man to his wife, he was hoping to make it on time for her birthday. However, the Gamemaster had other plans. 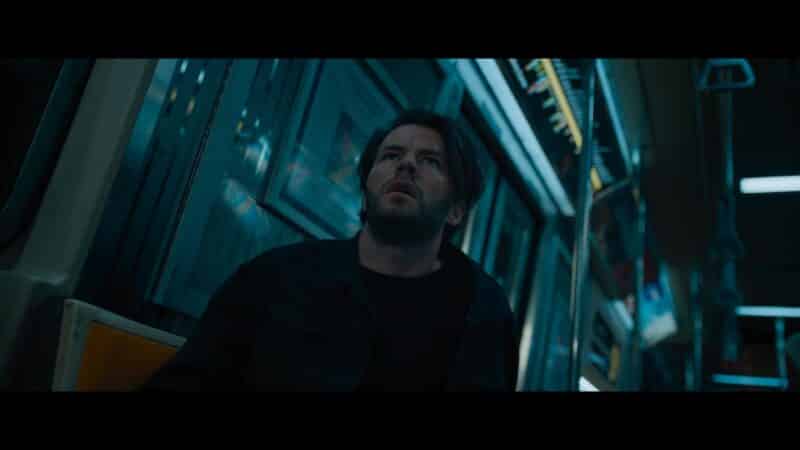 At one time, Nathan was a priest. However, with the Gamemaster testing his faith and its limits, now he is a drunk. 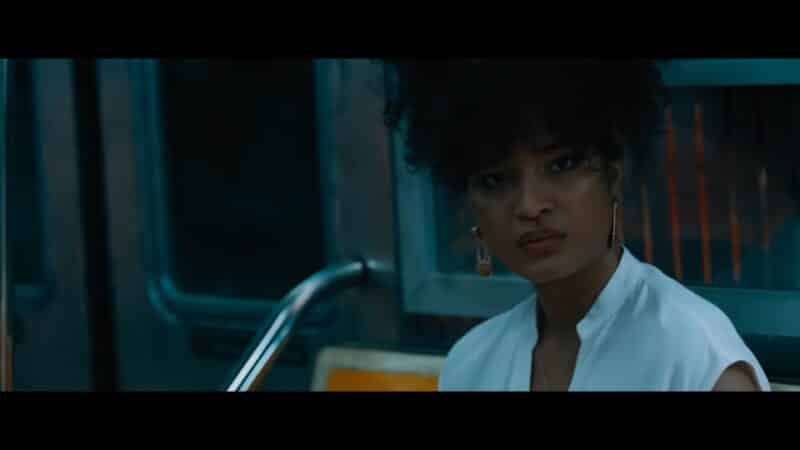 A world traveler, Brianna somehow survived her escape room group, though she holds a mark from a hall of mirrors to remind her of how she almost died.

After escaping the fire room, everyone ends up in the ice room. There, after finding the key to get out, everyone asks Ben for his lighter, and he decides to be an ass and throw it on the ice. Danny goes for it, stands in one place too long, and goes into the water below the ice. Which, thanks to a moving current, leads to everyone being unable to find him and him drowning to death.

In the upside-down room, Amanda ends up on the other side of the room with the key to get out. She tries to hop onto one of the remaining panels in the middle of the room, but then the panel falls. Luckily, before she dies, she throws the key to Jason, and he catches it.

In the hospital room, Jason believes that an EKG machine is the way they will get out. However, rather than believing they need to lower their heart rate to get out, he raises his and Michaels. What kills Michael, though, is Jason using a defibrillator which causes Michael’s heart to stop.

In this weird, psychedelically painted wall room, Jason and Ben end up inhaling some kind of drug which makes them hallucinate. This leads to Jason revealing he wasn’t so much lucky he survived but killed his college roommate when they were stranded with only one jacket between him. He tries to kill Ben in a similar manner, for the sole antidote in the room, but Ben gets him first.

Leaving Ben seemingly the only one alive, for it is assumed Zoey died due to inhaling the poison in the hospital room Michael died in. However, after busting all the cameras in the room, we learn she was faking her death to get a jump on those who controlled the game. Something which saves Ben for while he figures out a way to survive the game, one of the overseers tries to kill him soon after. However, Zoey helps him get free and Ben, with the gun Zoey got from one of the clean-up crew members, kills that guy.

Thus Ben tries to move on, but Zoey is stuck on trying to get justice. Which leads her to learn Minos’ headquarters is in Manhattan. This leads her to get tickets for her and Ben, which the Gamemaster learns about and even makes a game specifically for those two during their plane ride. Ultimately giving us an idea of how the sequel would start. Theo dies by electrocution during the first escape room, which is in the MTA train car.

Technically, Nathan didn’t die. In one of the final rooms, Amanda revealed that unless you see someone physically die, they are likely kept alive and potentially made into a puzzle maker. In Amanda’s case, she accepted this role because they kidnapped her daughter. However, whether Nathan will accept this proposal after falling into quicksand is hard to say.

Both Brianna and Rachel die in the New York street room due to acid rain and the Gamemaster, a random puzzle maker, or Amanda, making it so that only one person could survive – and that person being Zoey.

The Ending Which Setup A Sequel

Like Nathan, Ben sinks into the sand in the beach room, but, unlike Nathan, Ben reappears in a room designed to be like Amanda’s daughters. There, Amanda reveals the Gamemaster wants Zoey to become a puzzle maker but with her refusing, the Gamemaster begins the process of trying to drown Ben. However, using a weak gas line and a lighter, Zoey melts the barrier between the room Ben was supposed to drown in and the room she and Amanda are in.

Once Ben is free and the room is flooded, Amanda, Ben, and Zoey think they make it out of the escape room and are truly free. Alongside that, with the police and FBI getting involved, there is the hope of actual justice. However, it was all a setup to get Zoey on a plane for the Gamemaster’s greatest escape room. Now, as noted above, Nathan is technically alive, so he could make a return, and since Amanda is escorted away from Ben and Zoey, she too could return in the sequel.

However, as noted in the review, we’re not really told anything new about the Minos Corporation or Gamemaster. The sole thing worth noting is that players who appeared to have died are coerced into making escape room puzzles unless they want their loved ones to die. But with Zoey having no one but Ben and her rescuing him again and again, it appears it might finally be his turn to rescue her on the plane where the Gamemaster makes it clear, only they decide when the game is over.