While the bleeping of curse words may annoy you, everything else will fascinate you to the point of being tempted to get the book to spoil what’s to come.

Table of Contents show
1 The Introduction
1.1 Other Noteworthy Facts & Moments
1.2 Question(s) Left Unanswered
1.3 Collected Quote(s) or .Gifs
2 Highlights
2.1 How It Pokes Fun At Romance Movie Plots
2.2 The Horror Element
2.3 You Can See Longevity With This
3 First Impression: Positive (Watch This)
4 Follow Wherever I Look on Twitter, Like us on Facebook and Subscribe to the YouTube Channel.
4.1 Check Out Other TV Recaps

Joe is your everyday guy. Attractive enough to smile at but not so much to initiate conversation. He works at a bookstore, seems kind, and can carry a conversation. Yet, he’s single. Seemingly because of a bad breakup which has left him a bit untrusting, if not on edge. Yet, then he comes across Beck, first name Guinevere, while working and upon his initial analysis of her, he likes what he sees – so he starts doing a deep dive of her life online, then stalks her to confirm his research. 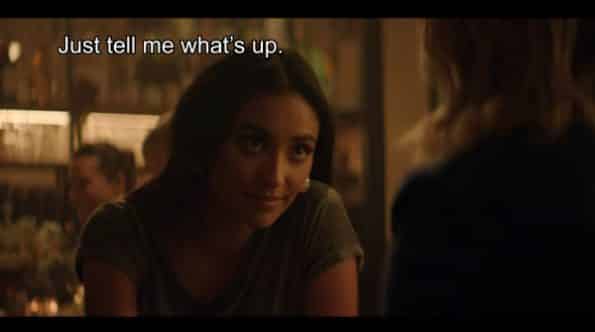 Leaving him to like her, but not necessarily the people around her. Peach, her closest friend, seems okay, maybe has a crush on Beck, but also is rich and from a whole different world than Beck. A TA, who also teaches yoga, who is trying to get her masters in writing, keep her affordable housing, and have it where her professor gives her leniency without expecting some ass in return.

It doesn’t end there though. There is also her off and on dalliance with Benji, a rich kid, similar to Peach and the rest, who cheated on her. Yet, with no time to find someone new, it seems he is given a pass. Even though he doesn’t support her financially, doesn’t get her off, or anything like that. He is just convenient.

Which Joe takes note of as he goes beyond a Google search and even following her. He finagles his way into her apartment and goes onto her laptop. Later on, by sure luck, or bad luck depending on the viewpoint, he even saves her from being run over by NYC metro after she drunkenly falls on the tracks. But don’t call him a hero! For that just gives him an opportunity to take her phone and begin to go from stalker to someone integrated as part of her life. All while she assumes he is just a good guy. 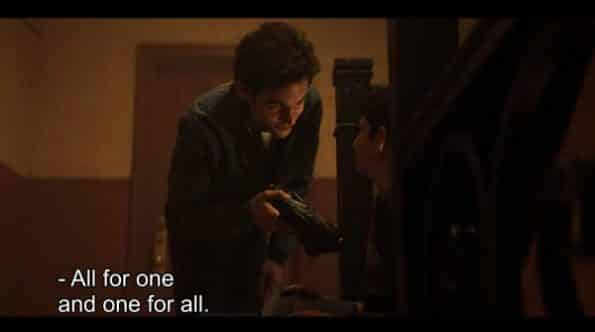 Joe (Penn Badgley): All for one and one for all.

Something that isn’t necessarily a lie. Based off how he treats his neighbor Paco, someone probably not even a teenager yet, he may just be a nice guy. However, taking note he beats Benji over the head and locks him up beneath the bookstore? Well, maybe it could just be Joe has a soft spot for women and children?

The most valuable things in life are usually the most helpless.
— Joe

No matter how destroyed it seems, it can always be saved.
— Joe

How It Pokes Fun At Romance Movie Plots 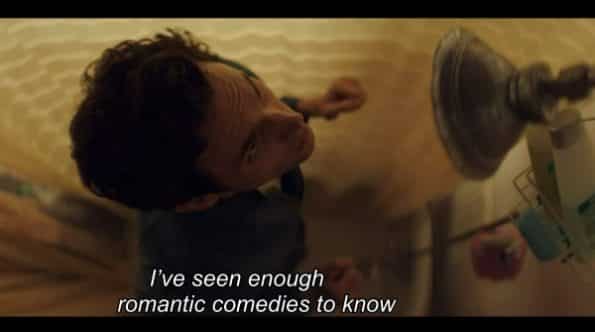 Though often used wrong, and hopefully I’m not adding to examples of that, I want to say this is the perfect satire to the path romance is going in both real life and media. Where male characters can behave badly, even in a way many would never tolerate in their own lives yet, because they are attractive, excuses are made. As you may find yourself doing for Joe.

For while, yeah, he clearly is a psychopath, look how nice he is to Paco. He gets him books, gives him food, shows that he may understand what he is going through so gives him the ability to escape. It makes Joe come off sweet. Yet, then there is him hitting Benji over the head with a mallet and locking him up in the bookstore basement. Not to forget, physically stalking Beck and finding a way to get into her apartment without breaking into her apartment.

Like, cyberstalking, (euphemism: Doing research) you can forgive, because curiosity is a pain to deal with. Plus, who doesn’t Google someone to learn more about them? However, the lengths Joe takes it is when you start forcing yourself to weigh the good against the bad. Then, after finishing the episode, realizing how often you may have neglected the bad in many a male lead because the relationship with the female lead just seemed so cute. 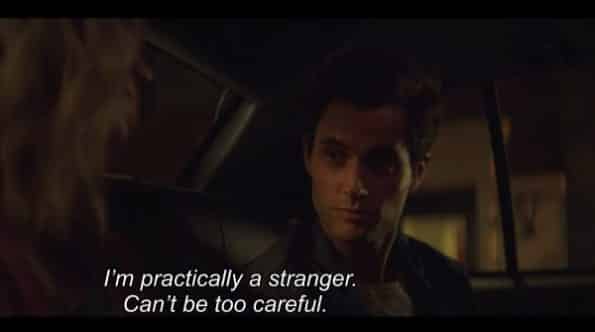 Joe: I’m practically a stranger. Can’t be too careful.

Whether it is like how Joe gets to know people or how, in One Hour Photo

Robin Williams’ character got to know families, people can easily access your entire lives if you’re not careful. You ask for help on Amazon because something isn’t right, and someone goes into your account, they can see you like the same music, books, movies, and think you have something in common. Maybe ask another employee to get an address or number so they can do what Joe did.

Which is even creepier since you can think you’re just being cordial, friendlier than most, and not realize that you are planting seeds. Leading some dude, or girl maybe, into thinking your friendliness isn’t you just treating them like a human being but potential love interest. Making them read into things, maybe believe they are being led on, and you being put on the defense just because you didn’t want to be a douchebag.

You Can See Longevity With This

Perhaps one of the big issues with a lot of shows this season is, even if the pilot is entertaining, it doesn’t present longevity. The good kind where you can see multiple seasons developing characters and the story. With You, even with the preview going into Joe’s ex, Peach and Ron not trusting Joe, and so on, there is always the possibility he wins them over, kills them even, and we can follow his relationship with Beck through marriage and kids. I doubt the show will stay on for that long, but there is that possibility. If not Joe breaking up with Beck and, since it is NY, finding someone else and we get a whole new cast. Not to forget, like Gossip Girl

, what is stopping Joe from going from Beck to maybe dating Peach, despite her currently hating his guts and maybe having a thing for Beck? The options are limitless and mostly positive. 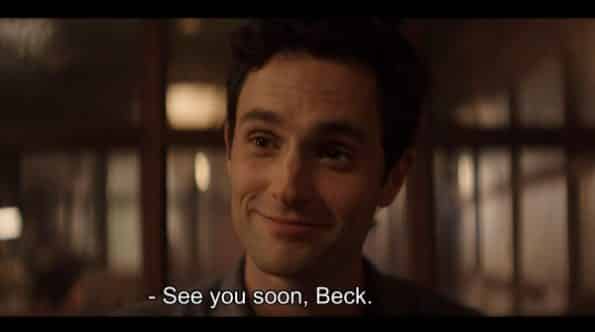 Yes, this dude is a stalker and seemingly will kill someone for a person he loves. That’s some criminal activity right there. Yet, the show addresses how weird it is that we’re all accustomed to this behavior but still use it as a blueprint. Joe even brings this up when he almost gets caught hiding in Beck’s shower.

Leading to why the positive label. Shows like this, movies like Destination Wedding, they are showing the different angles to the romance genre that can be taken to keep it from stale output. There can be media which challenges you to see love beyond boy meets girl, boy screws up, and then a grand gesture seems to erase all that. Much less the bland remixes to that formula which just change it to two boys, two girls, perhaps someone trans or non-conforming, maybe adding some color to their faces, but keeping the same story.

But what makes You

different and something to watch is it considers the times in which you love a façade before you fall in love with the actual person. Making You not only poking at what is slowly becoming socially acceptable but also presenting the dangers in that. Thus creating a fear which rivals most horror productions put out.