The Chi seems like the evolved form of the urban dramas which dominate Black late 80s through early 00s nostalgia.

Table of Contents show
1 The Introduction
1.1 Brandon and Jerrika
1.2 Ronnie and Tracy
1.3 Kevin and the Gang
1.4 Emmett
2 Highlights
2.1 Best Cast I’ve Ever Seen
2.1.1 Brandon and Jerrika
2.1.2 Kevin and the Gang
3 Low Points
3.1 So, About None Of The Featured Characters Being Women or Girls
4 On The Fence
4.1 Ronnie and Tracy
4.2 Emmett
5 First Impression: Positive
6 Watch Below

You want to talk about ideal couples? The ones who maybe from the hood but moving on up? That is what Brandon and Jerrika represent. Brandon is this cat who works at a local bougie restaurant, trying to make something of himself, you know? Trying to gain that experience needed so he and his lady Jerrika can open up their own joint. Something which can use his culinary skills and the assumed business skills Jerrika has.

But, naturally, everyone has a story. Jerrika’s is unknown to us, but we do learn about Brandon’s family. He has a little half-brother, Coogie, who seemingly is a little bit of a troublemaker. Smart kid and all, but while he may have book smarts, his street smarts are a little bit off. Though, you have to give it to his mom Laverne for trying. Granted, she is a bit of a drunk but she is shown to us as being that kind of mom who usually is the reasons their kids do so well – if just to make sure they don’t end up like them.

Ronnie and Tracy haven’t been together in a minute. Yet, Ronnie still acts as a sort of father figure to Tracy’s boy. So when something happens to him, since Ronnie got his ear to the street a little bit, he is asked to do what Tracy believes the police won’t. Leading to some deadly consequences.

Kevin and the Gang

Young love and friendship. Kevin and his boys Papa and Jake are the dynamic trio. Three middle school dudes, with Papa being this wannabe smooth papa, Jake this tall dude you know probably is good at basketball and Kevin this average kid just trying to date this girl Andrea. However, while she makes it easy on Jake to spend time with her, take her out, Kevin has to work for it. In fact, she pushes him to join the school’s production of The Wiz, as the tin man, to get to know her. Something he only ends up doing because the drama teacher, Mr. Gasca, is pushy as hell.

Kevin’s older sister’s boyfriend, or friend with benefits; Coogie’s sneaker buyer; and poor Jada’s dumbass son – Emmett is a piece of work. Already on his 3rd kid, it isn’t necessarily clear where his life is going. Yet, with him being a bit of a sneakerhead and seemingly trying to take care of his kids, though maybe not enough for his babies’ mommas, he gotta do something.

Usually, in the first episode, you can find some sort of weakest link among the cast. Especially a show like this in which we have multiple leads with their own storylines going on. Which, yeah, do crossover sometimes, but with us focusing on four different age groups, outside of the one or two-knot stories connecting them all, it’s doubtful they’ll connect that often.

Leading to a need to break down why this cast is so great. Even the ones who may need some time to prove how great they are. Two words: Black love. Though there is some kind of threat from Brandon’s boss Sarah, who is married to Brandon’s other boss, I so badly want to believe these two are solid. For truly, the whole 90s nostalgia starts with them. Something about these two makes me think of Jason’s Lyric and their chemistry man, it truly gives off this #RelationshipGoals vibe. Especially in terms of them just seeming like they are beyond the cute couple stuff but actually are trying to build something together. She recognizes her man’s talents and I want to say she has the business acumen to handle things on that end. Sort of like the dynamic at his current position.

Then, on top of that, you have Brandon’s family and how Jerrika handles that. Laverne, Brandon’s mom, comes at Jerrika’s neck and she just rolls with the punches. She gets called bougie and talked down to, but she keeps a level head. And even when Coogie is offered to come live with them, after an incident, she goes with it. Not in a, “This my brother so this is how it is going to be,” but more so in the kind of way where you feel like she knows what Coogie means to Brandon, also has seen his mom, so she is hoping between him and her, they can keep him out of trouble. She may be even be able to integrate more into the family through Coogie. Since, eventually, he’d be her little brother anyway.

Kevin and the Gang

Something about Kevin and his friends sort of gives me a mix between The Wire’s fourth season and Everybody Hates Chris. You get the urban school vibe and life, mixed in with this kid and his friends just trying to date girls, survive the area, and deal with the obligation to go to school. But, beyond the two comparisons, you got Hibbert, fresh from Moonlight, showing he is here to stay. He is, without a doubt, the next generation. For, in my mind, his part of the show, like Brandon and Jerrika’s, could be spun off without issue. That is how strong everything from him, his friends, his school life, and his environment are crafted.

So, About None Of The Featured Characters Being Women or Girls 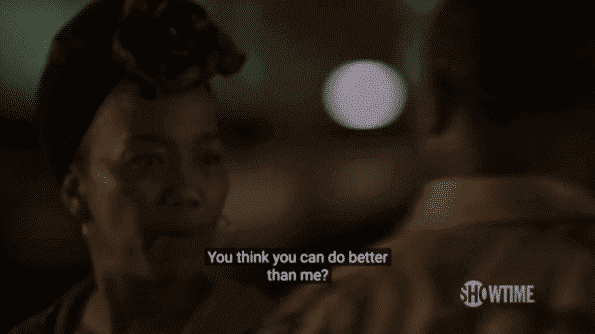 Though Jerrika gets boasted about, in terms of her relationship with Brandon, strangely this show doesn’t have a female lead in it. None of the storylines presented revolve around a woman’s life really. Really thinking about it, the women are either lovers, mothers, or a sister and though maybe shallow to say, that is kind of what defines them. Jerrika, as noted, we don’t know nothing about besides Laverne things she is bougie. Whether she went to college, has siblings, what she is bringing to the restaurant, and all that, we don’t know. Then with Laverne, outside of knowing she is a drunk and has two kids by two different fathers, we learn nothing.

This pattern goes on story to story. Who is Keisha but Kevin’s older sister and the latest girl Emmett may get pregnant? Yeah, we know she is nice to her little brother, but that’s about it. Then when it comes to Emmett’s mom, Jada, again, she is defined by her role to the male character. She is the mom sick and tired of having this boy make these babies, since he refuses to use a condom, and not contribute nothing to her or the women raising these children!

Heck, even little Andrea is basically defined by Kevin as being his crush, a source of drama between him and Jake, because Jake asks her out, and being a sort of catalyst for Kevin finding an outlet.

To be perfectly honest, while I get their tragedy is what puts everything in motion, I was kind of bored of them. The main reason being, their story is so familiar and overdone. Making it where, seeing the trauma Tracy is going through and the anger Ronnie is dealing with, if you are someone who really digs Black media, you will get a been there and seen that kind of vibe from the writing and performances. 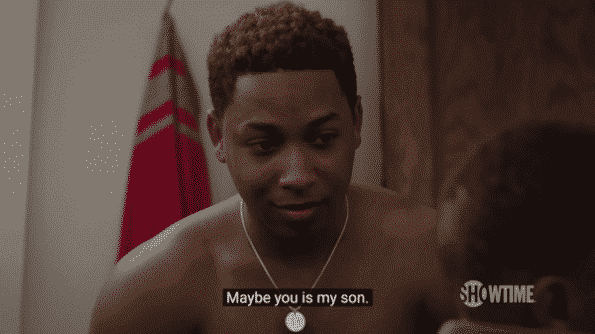 Honestly, you don’t get enough of Emmett to really say much about him. Is he a F-boy? Maybe. Is he a deadbeat dad? Possibly. Could he have some sneaker hustle going on to make money? It seems so. These lack of definites makes it so we definitely need another episode to get a firm grasp on what is going on in his life.

I want you to imagine if OWN allowed shows to have cursing, semi-graphic violence, sexual content, and wasn’t a sort of avant-garde urban, like in Queen Sugar, but basically just progressed from what we saw with late 80s to early 00 urban dramas. This is what The Chi presents. A realistic portrayal of how living in an urban area can be dangerous, yet doesn’t necessarily mean it is hell. You just have to be careful what you say, mind your business, work hard, and you can find a good life for yourself. Even despite where or who raised you.

Your recap/review of Ep. 1 is totally on point (I cried like a baby in the funeral monologue). Really good start and can’t see where they take it in future episodes.