Season 2 of Elite brings you to question what are the long term plans for this series and whether the characters will make it worth it.

In season 2, as Nano is in jail, seemingly just cooped up and not dealing with the violence he was worried about in season 1, Samuel is trying to get him free. First by just working enough to get him bail money but this is followed by him investigating Carla in hopes she has information which could exonerate Nano. However, she is not easy to crack, and while, after an unfortunate accident, she has a need for someone new to have sex with, she isn’t looking for a confidant – just someone to entertain her.

And while Samuel pursues her, Guzmán, Nadia, and Lu continue their dance, and Omar and Ander continue their back and forth due to Omar being closeted. So, in many ways, what we see in season 1 is repeated in season 2. The only difference being the exclusion of Marina, and introduction of a handful of characters who, outside of Cayetena, don’t have much of an impact.

Some Of The Relationships Were Cute

Elite offers better relationships, and relationship drama, than it does a sense of mystery. This season, like the first, pushes the same couples who brought notoriety to the show as the first. That is Ander and Omar, alongside Nadia and Guzmán. Two sets who, admittedly, don’t make leaps and bounds over 8 hours, and at least 4 months passing, but they remain one of the show’s major hooks.

For when it comes to Omar and Ander, they remain this sweet couple that, when compared to their peers, have the kind of drama which seems almost normal. Omar is struggling with being out and open, and Ander is sick of not being able to do PDA, go to Omar’s house, and be like any other couple. Then, as the season goes on, and Omar explores how to express his gender, it messes with the dynamic of them both being rather masculine young men. Not to say Omar becomes very femme but between dressing in drag and wearing an ascot, using words like “Honey,” it is clear Ander has to be patient with his boyfriend as he undoes the shackles of a conservative upbringing.

One which also complicates things for Nadia since, on top of being a girl with a conservative upbringing, she has to deal with two rebellious older siblings leaving her to be the golden child. A weight she struggles with for it limits her abilities to explore and make mistakes, such as being with Guzmán.

Someone who, yes, is still off and on with Lu, but is one of many who push the idea that the elite of the show are often unhappy with their partners and are with them out of convenience. Hence Carla’s former relationship with Polo. Yet, when they choose for themselves, and not out of loneliness, so comes moments like when we see Nadia be free, reckless even, with Guzmán. Something she pays the price for, but it is hard to say if she regrets the act or being caught.

The Plot Wasn’t Worth 8 Hours

I would never say Elite knows how to use an hour to the fullest. Mostly due to the fact it is repetitious to the point of coming off monotonous and while it has many arcs in place, rarely do any of them have a notable pay off. Take the mystery of what happened to Samuel. Can anyone really say Samuel is a driving force to watch this show? That he stirs up feelings like Lu, Guzmán, Nadia, or Omar? Him being missing, even dead, seems more like the show pruning than missing an essential piece.

So to deal with the show building towards what happened to him and wondering if Polo might get arrested for killing Marina, it is a slow burn in which all we get is a toxic smelling smoke. Also, are we really supposed to believe with how rich these kids are, not one would say, “You can speak to my parents’ lawyer?” 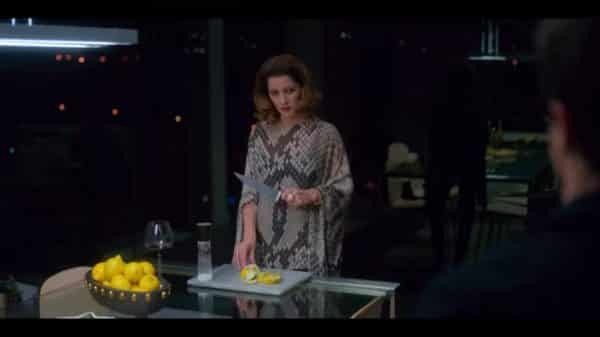 With the exception of Valerio, who is a replacement for Christian, the new characters don’t necessarily pop. Cayetena, and her mom, seem like they are stolen from a novella that has become such a staple on television the writers stop caring about repeating themselves. Then, when it comes to Rebeca and her mom, Sandra, while their stories tie to season one, neither feel like they reach their full potential.

Rebeca, for instance, may stir things up for Nadia, Samuel, and Omar, but once they are on the go she becomes an afterthought. One that doesn’t even fight to regain some sense of prominence. She just waits around to be engaged and that around the way girl attitude just gets put on ice.

Nearly All Plots Were Relationship Drama

The individual on this show isn’t as important as the relationship they are dealing with and what complications are going on. Are Carla and Samuel falling in love, or just using each other for sex, information, or control? Is Lu so wrapped up in Guzmán’s life that she sees Nadia as a detour to them being end game, or will she come to her senses, if not just casually screw her half brother?

In general, relationship development is made to be the priority over what would push the actual character forward. Hence Nadia and Lu’s academic rivalry is less of a thing than season 1. Never mind we don’t hear about Nadia wanting to become a UN diplomat – at all. Also, Guzmán and Ander being into or on sports teams are drastically reduced to almost nothing. Pretty much season 2 waters down, or discards, personal ambition for short term relationships. The kind where, for nearly all characters, appears to be toxic, dysfunctional, and by no means capable of lasting, than potential high school sweethearts who can go the distance.

We don’t see Christian after the first episode, and Nano is barely in this season. That created a vacuum that Valerio tries to fill in. The problem is, however, like Cayetena, Rebeca, and so many other new characters, he isn’t given the commitment needed to be great. He is just this eccentric drug addict, failure in the eyes of some, who pines over his half-sister who conditioned him to want her. Making his antics, at first, comical, yet as we learn the show isn’t going to take things further or deeper, beyond making him yet another lonely rich kid, so comes the same disappointment we got from the rest of the newcomers. If not most of the cast.

The general idea with sequels in movies, or second seasons, is they improve on what was provided the first time around. They know what the fans want, actors and writers are more comfortable with what they are tasted with producing, so things just flow better. However, for Elite season 2, it still feels like we’re in the first season and everyone is still trying to figure out who they are playing/ writing, and trying to figure out their dynamics with one another.

Leading to, in some cases, wasted potential like Rebeca and Valerio. Then, for others, back and forth relationships which might be highlights for this show, but wouldn’t cut it if Elite had to face real competition on cable or network TV. Hence why this show is being given a mixed label. For while season 2 is a disappointment, there are still many examples of things it can expand on and latent storylines untapped. The kind we can only hope appear, in full, if this gets another season. Especially if it is 8 hours.

Some Of The Relationships Were Cute - 85%

Nearly All Plots Were Relationship Drama - 74%