Shondaland takes its second crack at doing a period piece by focusing on a drama with a Gossip Girl spin and a social season in which many young ladies vie for the best bachelors.

It’s the spring of 1813, and when it comes to the Bridgerton and Featherington families, there is a strong desire to have their girls find the best men there are and then whittle things down to who would make an excellent husband. However, when it comes to the Featherington girls, barely any get any attention. I mean, Penelope does get that of a Bridgerton boy Collin, but it is the sudden guest of Lady Featherington’s husband, Marina Thompson, who ends up the belle of many balls.

As for the Bridgerton family? Well, only Daphne is presented for the season, and, initially, she is touted as the one to match with amongst the ladies. However, the combination of her older brother, Anthony, and gossiper, Lady Whistledown, quickly knocks her down several pegs to the point only a man older than her eldest brother maintains any interest.

However, luckily for Daphne, her brother’s friend from Oxford, Simon Basset, who has recently become a Duke, has been pushed to court Daphne. Mind you, based on his reputation, known by Daphne due to her close relationship with her brother, is that of a rake – a womanizer and someone not of the best morals. However, with the Duke’s host, Lady Danbury, alongside Lady Whistledown causing mothers all around to swarm, he makes a deal with his close friend’s oldest sister. 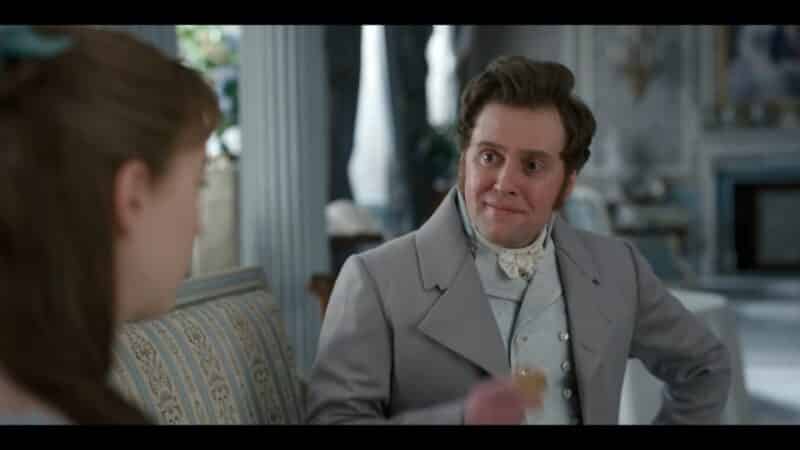 Said deal? Well, to keep him from dealing with every mother and daughter in their part of London, he will seem to only have eyes for Daphne, thus raising her value once more. Which, hopefully, despite Anthony’s decision to place her with the off-putting Nigel Berbrooke, may lead to her, once more, having options.

While It Has The Look & Dialog Of A Period Piece, Everything Else Is Not

Lest we forget, Shonda Rhimes and her team have long existed under the Disney brand, so this is one of the first productions they have had that can go there. Prime example, we see Anthony and a soprano opera singer, Siena, have sex and in multiple places, positions and hear different noises. This leads you to wonder if violence may soon follow for if Rhimes is known for anything, it is the kind of drama that sets social networks ablaze.

But, with Bridgerton, it isn’t clear, just yet, if we may get that kind of violence. For right now, it is just about sex and making deals, and of course, all kinds of gossip. So while Rhimes might be known for murder, dirty politics, and what still can be seen on the eternal Grey’s Anatomy, Bridgerton may try to present something unique to the brand than a rehash of the familiar.

Though You Won’t Catch Everyone’s Name, You Can See A Story Behind Every Face

There are so many names we’re introduced to, and to be honest, some just don’t get to shine in the first episode. Yet, there are clear signs they can become notable figures down the road. For example, Lady Violet Bridgerton and Lady Portia Featherington seem like they may have a long-standing beef, beyond their competing daughters, that can be gone into. Alongside that, when you consider Lady Danbury is a Black woman with notable power, and the Queen too is Black, there is intrigue on whether their skin tone and the culture behind it will be touched upon? After all, Shondaland is known for its diversity and the sometimes subtle, but also grandeur note that certain characters aren’t like the others. Yet, with no real sign that race might be a thing, as shown by the unexplained reason as to how Marina can be a cousin of a white man, and her being in his house in the 1800s, there is much to explore and stories to be told.

The Fun Of Julie Andrews Voicing A Gossiper

While Julie Andrews has had a career outside of Disney, that is essentially the studio that made her famous, and she may forever be tied to. So as much as she has done productions like Victor/ Victoria and other films which may not be considered family-friendly to the more conservative bunch, her persona and reputation doesn’t lend itself to the idea of a gossip. Mind you, Lady Whistledown isn’t necessarily a nasty gossip. More so, she is just exposing the rich and oh so put together to let people in behind the façade.

Hence the Gossip Girl comparison since it seems clear there must be an insider amongst the families feeding information. The question is, who is it, and will we learn, like in Gossip Girl, that the gossip isn’t actually a girl but a manipulative man? Maybe Nigel, for example?

Is That Classic Renditions Of Modern Songs?

From Thank You, Next to other modern songs, we got classic versions of them, and I was frankly here for it. Not to the point of buying them or a soundtrack, but definitely streaming on YouTube or another service.

Will It Get Old Quick?

Though Bridgerton has a rather large cast, some who haven’t even gotten their moment in the sun, there is a need to question whether this could quickly burn out. After all, it’s very youth-focused, in terms of the sons and daughters who find marriage creeping upon them. Also, what scandals and setbacks can people, especially the women of the show, bounce back from considering the times they are in? 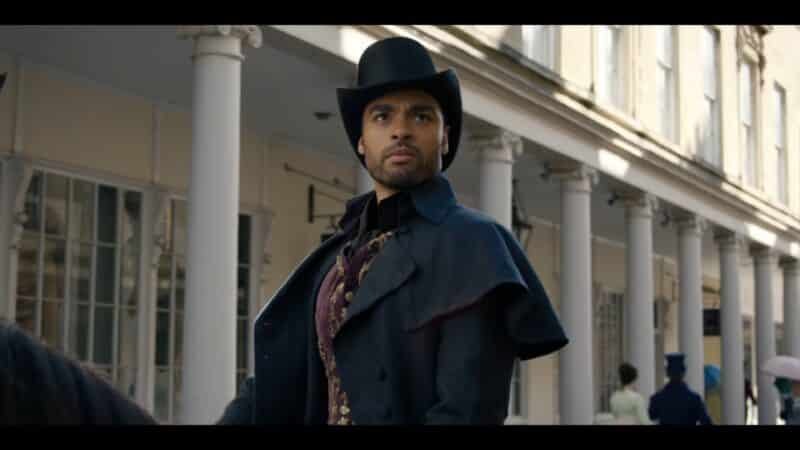 But, maybe that will be what gives this longevity? Not Netflix trying to keep Rhimes happy and giving this an extended amount of time. Maybe it will be bending the past to its will and sidestepping what isn’t convenient for a multi-season show and also recognizing Bridgerton won’t be for everyone?

Admittedly, we weren’t expecting to enjoy this. We long hopped off the Shondaland train with the end of Scandal and tapped out of How To Get Away With Murder and didn’t even tough Grey’s Anatomy or its multiple spin-offs. Yet, maybe what Rhimes has said about this Netflix deal is true, and maybe leaving the house of mouse, where she got started, will mean a new chapter for her production company and those who produce under it?

Hence the positive label. While it may be too soon to be too optimistic, Bridgerton does try to make the case it should be a welcomed opening act for what is to come from Shondaland. For as it bends the culture of 1800s England and modernizes it as it sees fit, Netflix could have a hot commodity on its hands. Even if it does seem it’ll burn bright early on then dim as this season, or seasons, go on.

While It Has The Look & Dialog Of A Period Piece, Everything Else Is Not - 85%

Though You Won't Catch Everyone's Name, You Can See A Story Behind Every Face - 84%

The Fun Of Julie Andrews Voicing A Gossiper - 86%

Is That Classic Renditions Of Modern Songs? - 81%

While it may be too soon to be too optimistic, Bridgerton does try to make the case it should be a welcomed opening act for what is to come from Shondaland. For as it bends the culture of 1800s England and modernizes it as it sees fit, Netflix could have a hot commodity on its hands.