Stripped of the vibe of this being a Hollywood fantasy, Heartstopper gives all the frustrating and complicated feelings that come from your first time being in love, lust, and crushes.

Charlie is a Year 10 student at the all-boys Truham Boys School. He came out within the last year, and while he was bullied for a while, that has all died down. Plus, one of the benefits of coming out might have been his older secret boyfriend, Ben. Someone who makes out with Charlie in private but won’t acknowledge him in public. Which, increasingly, is becoming a problem for Charlie.

Luckily, to distract him, he has Nick, another Year 11 student, who, with sharing a school-assigned group, he grows close to and develops a crush on. But, like the situation with Ben, Charlie keeps things quiet for now. Mind you, it isn’t like he has horrible friends in Tao or Isaac, but they wouldn’t understand. They aren’t gay, and while Elle, who is trans, might get it, they have transferred to Higgs All-Girls School, so they’re not accessible.

But seeing Ben kiss a girl and Nick helping Charlie keep Ben from forcing himself onto Charlie so he can explore without ramifications, Charlie might make it through the rest of the school year with a smile on his face.

While it is recognized nerdy or being someone deemed as a low on the social totem pole does deserve diversity, at the same time, it can be hard to identify with people cast in such a role more often than not. Mainly since they can seem like a makeover nerd, who just needed to drop the glasses, get their eyebrows done, a haircut, and that’s it.

However, with no shade towards the actor’s physical appearance, Charlie doesn’t fit that. In terms of look, performance, and vibe, there is something in Charlie that feels too real. He seems like the kind of outcast who can either be the one person who smiles at you every day or your best friend for life. And while, yeah, there are some odd things about him, at the same time, his eccentricities rarely are things you simply tolerate. They are the reason you adore and claim them – publicly.

And speaking on the claiming part, what you have to appreciate, early on, is that, similar to Sex Education, you feel like we’re seeing a character who defines being gay on their own terms. If not, isn’t someone defined by their sexuality. It is part of the adjectives that describe them, but they aren’t beholden or trying to fit into a stereotype. They are just a guy who likes other guys – plain and simple.

Which, unfortunately for Ben, isn’t as simple. To give him grace, as much as people like to think, in the year 2022, coming out isn’t a big deal, it is. What doesn’t help is that Ben might be bi, and there isn’t the same level of love or tolerance for bi men as there is for gay men. Then, to complicate things further, Ben is a teenager with urges and feelings that he is trying to process at his own pace.

All of which is unfair to Charlie since Ben isn’t even cordial to Charlie outside of their intimate moments. Thus making him appear to be a villain. Yet, through Ben, there is a need to remember certain people don’t have the role models and pavers to make their journey seem easy. That some don’t like the idea of coming out, especially the possibility of being in an environment where there is only gay or straight, with no in-between. For while, yes, Gen-Z, and some millennials, may have fully embraced a litany of sexual orientations, let’s not pretend they are universally recognized, accepted, and embraced. It depends where you live, work, or go to school.

Hence our love/ hate feelings towards Ben, since the idealism of being out or open really discounts those who struggle with all it means to not be straight. Notably due to many being quick to call them self-hating due to their complex feelings.

The Possibility That Tao Likes Elle

Maybe Elle was Tao’s person in the group who he confided in, and their absence hits hard? Maybe Tao, who is used to buying apple juice for Elle, may have liked them all this time and didn’t realize it till they were gone? It’s hard to say, but considering how few opportunities there are to see a trans girl be crushed on and treated sweetly in mundane ways, I’m hoping there is interest here.

I wouldn’t even mind if Tao, who Charlie paints as straight, respectfully, works through the process of falling for and maybe wanting to be sexually intimate with a trans person.

Is Isaac Going To Be Able To Keep Up?

Charlie has a full-on storyline between Nick and Ben. Tao has his longing for Elle’s presence and Isaac? He doesn’t say much to draw you in. He’s just there, and it makes me wonder, is that how it is going to be? Should we not expect him to bring something to the show, or conversations, beyond a handful of supporting moments? What’s the plan here?

Will They Add Layers to Nick?

Right now, Nick exists in that knight in shining armor realm. He saved Charlie from Ben forcing himself on him, got him into rugby, which led to new friends for Charlie, and even on the desktop alert for the show, we see Nick carry Charlie in his arms. But, there is the need to question, is Nick even into boys, never mind Charlie?

Could everything we see just be part of Charlie’s fantasy, and Nick, at best, is someone who thinks Charlie is cool and nice, but he has no romantic feelings for him? If not, with sitting next to him and seeing how fast Charlie can run, is someone worth getting to know but not necessarily close to as Charlie would like?

I don’t know what direction things may go on with Nick, but right now, he feels way too perfect, and I need him to show some signs he is human and not a being who walked out of Charlie’s wet dreams.

Heartstopper is cute. It’s the kind of show you’re happy to see Netflix produce and not hold off until pride month. For as much as it is partly a story about this gay kid and his crushes and features a trans character as well, there is a certain universality to it. Be it having lunch with a teacher to avoid bullying, secret relationships because someone isn’t proud of who you are and wants to manipulate your insecurities, or feeling comfortable with who you are but not everyone’s reaction to you. It all excites us to see where this could go, learning more about these characters, and seeing their relationships develop or be revealed to us. 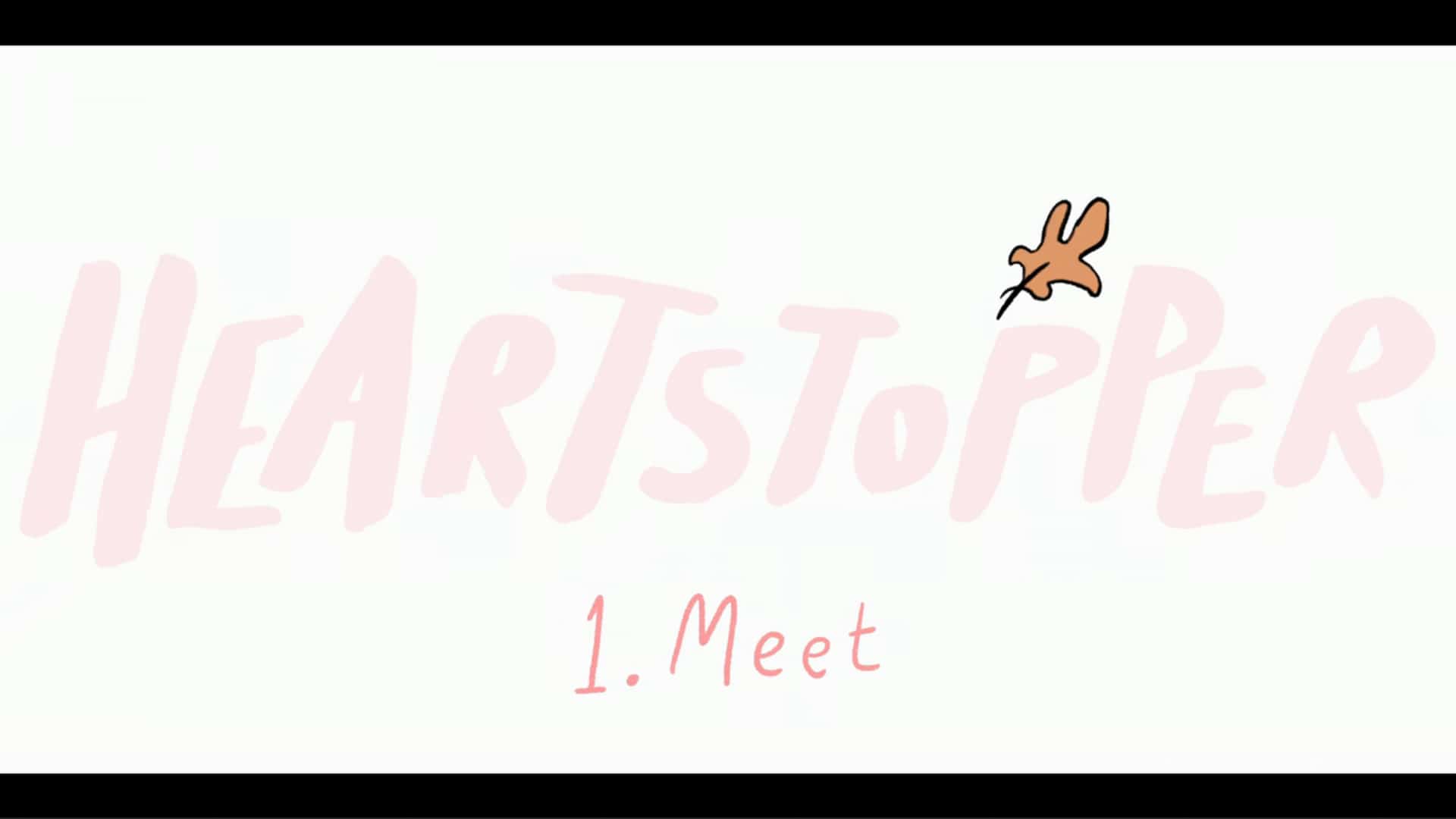 Heartstopper: Season 1/ Episode 1 “Meet” [Premiere] – Recap/ Review (with Spoilers)
Who Is This For?
Those who love young romance shows, mixed with some coming of age and out drama, with enough heart to not feel plastic and pandering but instead authentic.
Highlights
The Possibility That Tao Likes Elle
Love/Hate Relationship With Ben
Charlie Feels Authentic
Disputable
Will They Add Layers to Nick?
Is Isaac Going To Be Able To Keep Up?
80
Subscribe to our mailing list Follow Wherever I Look on Twitter and Instagram, Like us on Facebook, and Subscribe to the YouTube Channel.